Lauren Abedini, known to most as DJ and producer Kittens, turns to a room full of 20 something women with a keen look in her eye. "Lows are going to be our kick drums, our bass," she instructs, with the jurisdiction of a seasoned professor. "Music, we feel in our hips."

Abedini is heading PWR, an all-female DJ workshop she created as a passion project, born of her own love of DJing and as a solution to misogynistic club culture she had encountered time and time again across her career.

Born and raised in Los Angeles, Abedini found her way into DJing after sneaking into Low End Theory and familiarizing herself with the city's vibrant beat scene. She's known for curating hip-hop and trap-leaning sounds, her distinct Serato DJ skills and as an emerging producer, too. In the early years of her career, she quickly noticed not only the disproportion of women to men in the DJ scene but also the divide between roles and opportunity that women were afforded in her world of music.


“I used to teach co-ed DJ classes and noticed a massive difference between the way men and women approached learning something new," Abedini explains. Despite starting at the same basic skill level, she noticed that men would push ahead by overcompensating with ego, while women sunk down and shied away from the same course. She realized there was a powerful opportunity to make a change. "I thought, 'There should be a comfortable learning environment for women.' A productive, safer space, where we can talk about everything from creepy promoters to getting your period on stage, and all the other issues that male DJs just don’t have to deal with.” 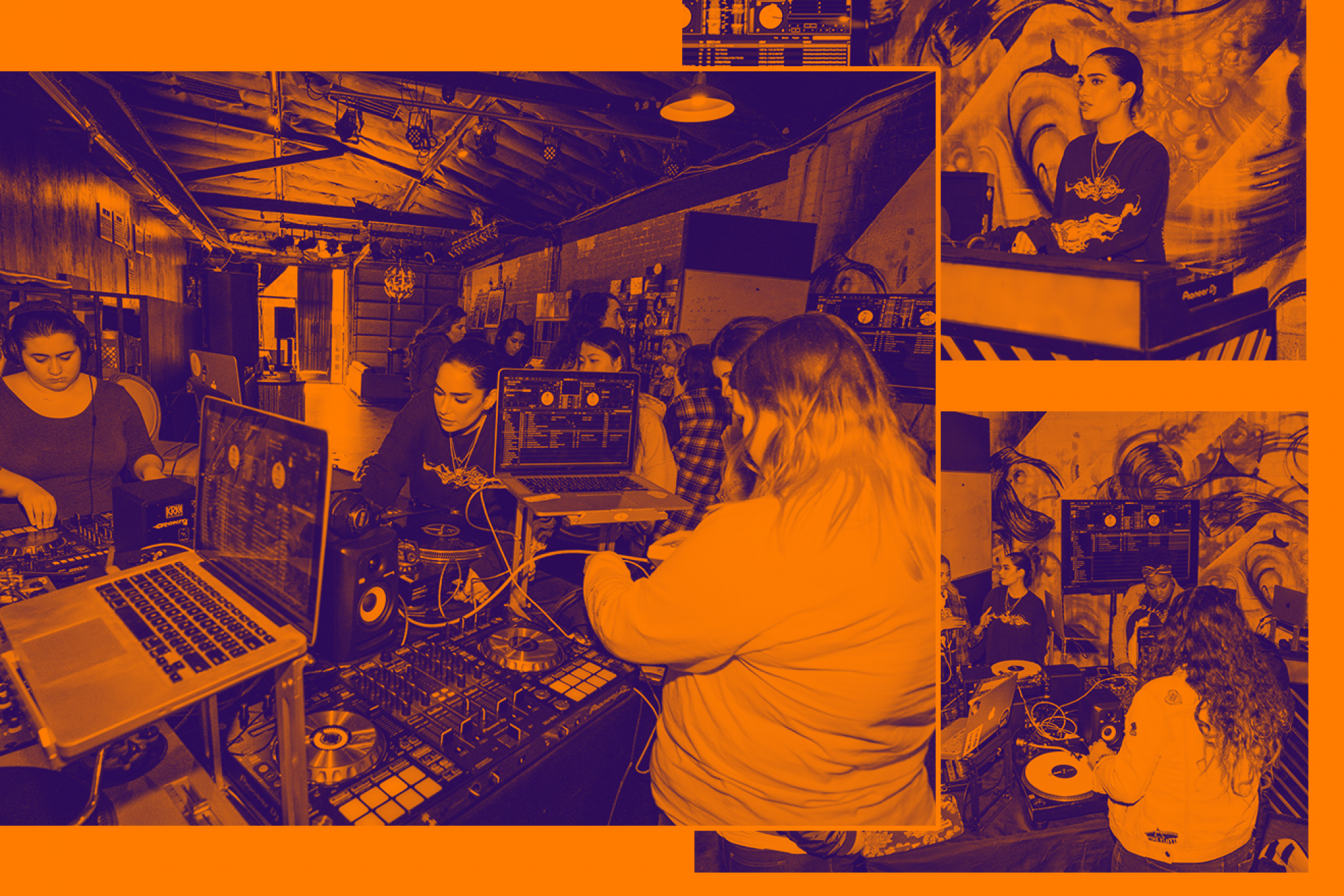 PWR feels much like an initiation into a musical sisterhood. The concept has always been simple: create a level playing ground for women of all backgrounds and skill sets to come together, experiment and master DJing on Serato equipment and create a community by connecting and supporting one another. Girls, scattered across the turntables set up throughout the room, are as diverse as they come. Before diving into the course, students gather 'round to share anecdotes about themselves and their experience. Alana Truong is a certified self-taught "bedroom DJ" with a SoundCloud page and a chosen DJ name, but here is first and foremost a diehard fan of Kittens and shyly approaches her to ask if she minds recording a video with her for her friend and fellow fan. Others are entirely new, like 26-year-old Radhika Parashar. Parashar shares that she comes from a religious Indian family and was homeschooled until she was 16. She points out the importance of a concept like PWR, which creates learning opportunities to those who might not have the resources available to them, for one reason or another.

“I remember the very first time I advertised a PWR workshop, I was scared no one would show up," Abedini says, with a little disbelief in her voice. "I ended up having over 100 girls messaging me, eager to participate. Today’s workshop sold-out in less than 24 hours."


Abedini created PWR in 2017 and has plans to take it beyond Los Angeles to Atlanta, Chicago, New York and San Francisco this year. Proceeds from the workshops are donated to local LGBT and women's shelters, communities close to Abedini's heart.

Online, Kittens is open and outspoken about who she is, the causes she cares about and the communities she represents. “I could easily tell promoters or the media, ‘Don’t say I’m a lesbian. Don’t say I’m a woman or a person of color. I’m just a DJ.'” she notes. “But I’m not just a DJ." She's all of those things, and she's proud to represent them all. 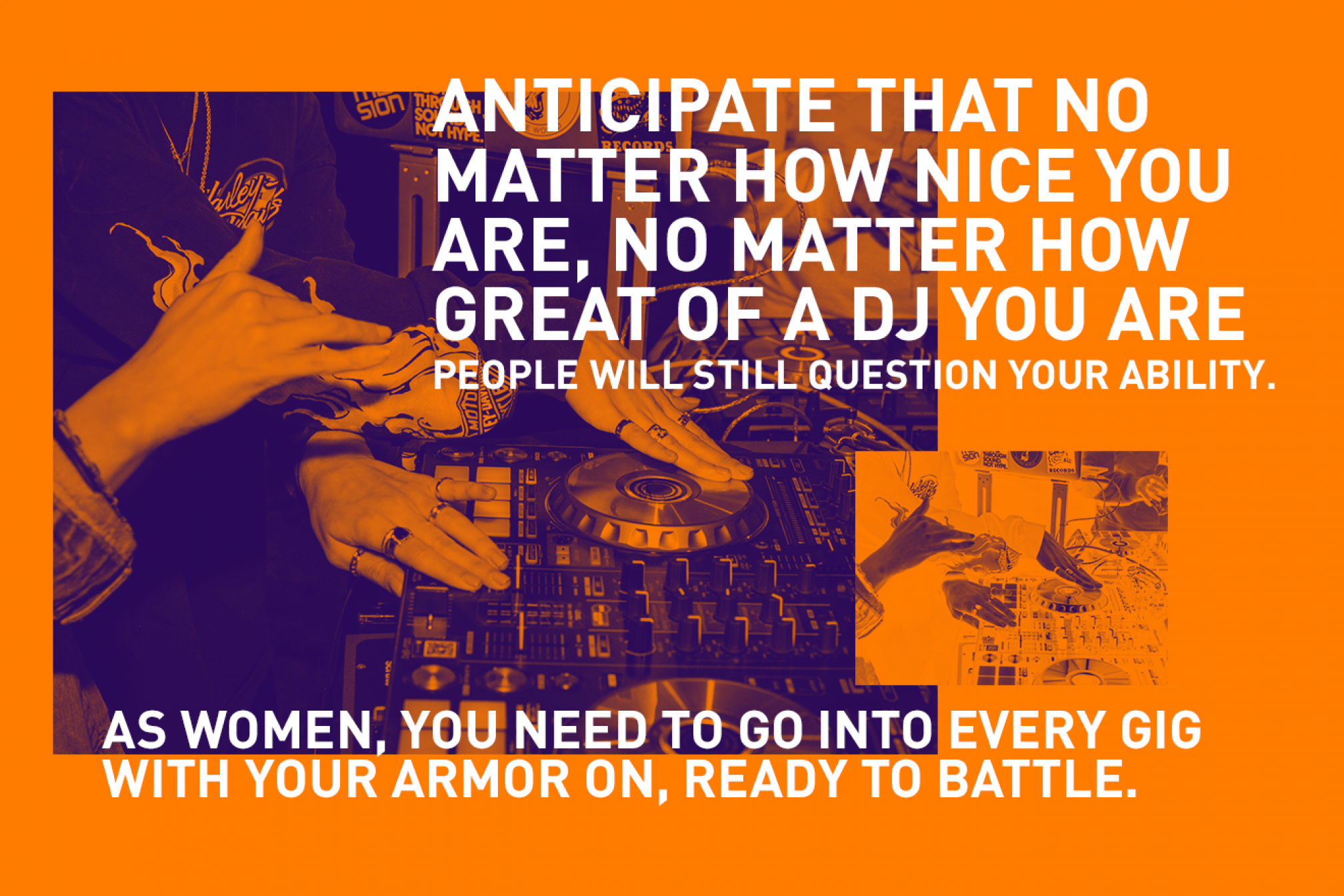 Today, dressed in a comfy, oversized Harley Davidson long-sleeve, she points her ring-adorned fingers to low, mid and high-level knobs on a mixer in front of her. Her demeanor is sharp on stage, but as she circles around, checking in on each student, she seems relaxed and effortless. Like she was meant to do this.

As the workshop progresses, there's a shift across each and every girl hard at work at their station, deep in focus. The air of timid, nervousness has dissipated. "I teach them to trust their bodies. You have to trust your body's natural rhythm instead of methodically trying to catch it on the screen.”

PWR makes good on its promise to provide a solid, technical understanding and base for DJ hopefuls. But what isn't explicitly written are the stories and lessons of experience that Lauren herself shares with her PWR girls, too. 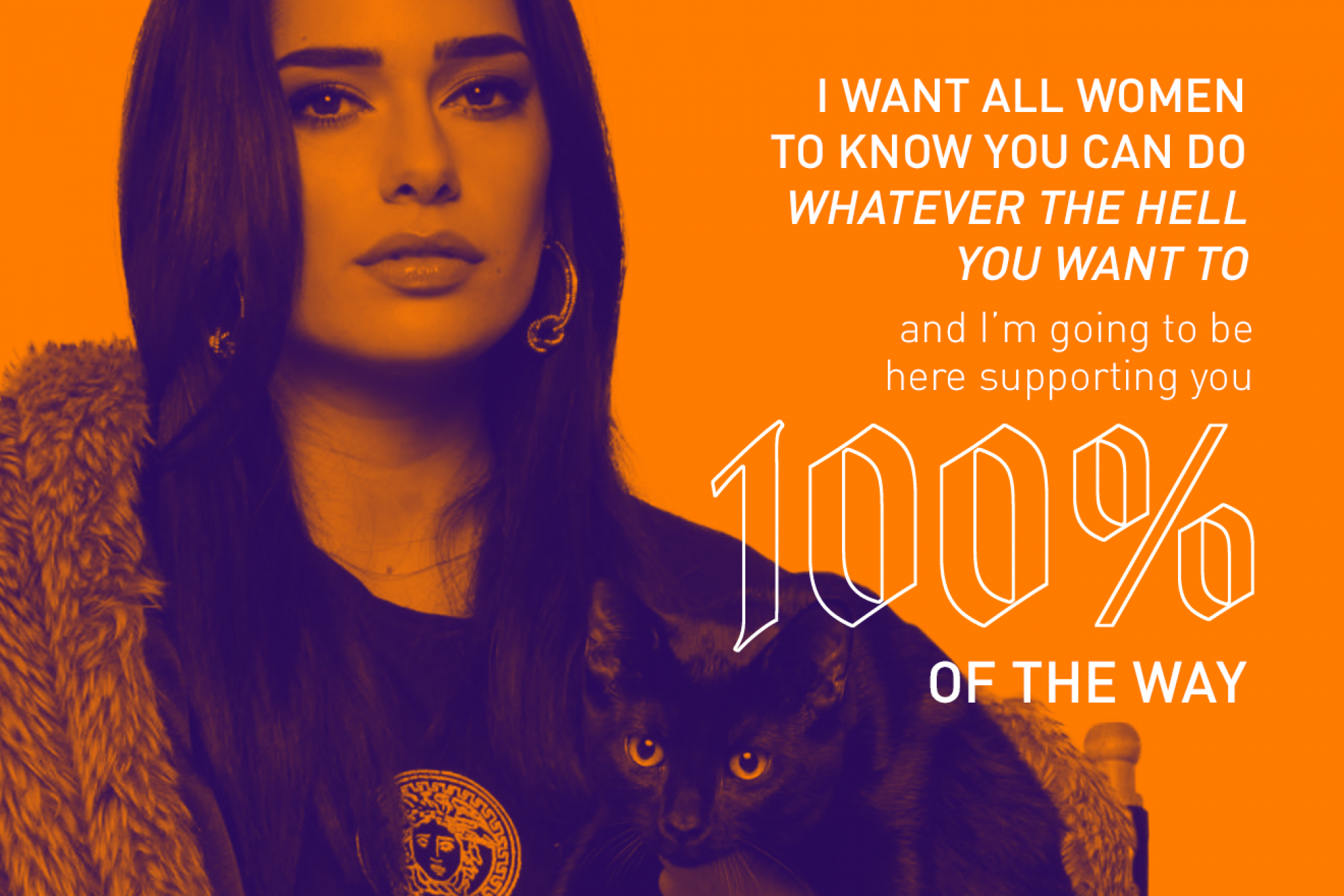 “I’ve gotten drugged in a booth before,” she shares, with an admirable candor. “I wasn't even drinking alcohol. I completely blacked out after my set and had no clue what the hell happened.”


There's no beating around the bush about the ugly truths about being a female behind the decks and in a nightlife setting, and Lauren is adamant about sharing what she has had to learn the hard way to make sure it doesn't happen again to anyone else. Her discussion points swing across the board, from safety to demanding fair pay. (Lauren shares one of her early career strategies: creating a fake manager persona named Denise, who made strong demands about her pay, flights and bookings and was, as she describes, "bossy and incredible".)

She's beaming with pride as she makes her final rounds and gives parting notes on counting the beats and bars in a song, adjusting BPMs and tempos. All eyes gather on her at the front of the room as she gives her final remarks.

"Anticipate that no matter how nice you are, no matter how great of a DJ you are, people will still question your ability," she reminds, ending on a harsh, but truthful note. "As women, you always be fighting against stereotypes. You need to go into every gig with your armor on. Ready to battle.”

She's done her best to equip the PWR girls with the swords and shields they'll need to pioneer their own paths in music and nightlife. Wherever they go, Lauren will be with them. "I want all women to know, you can do whatever the hell you want to, and I’m going to be here supporting you 100 per cent of the way.”


Eva Barragan is a freelance writer and producer living in Los Angeles. Find her on Twitter.