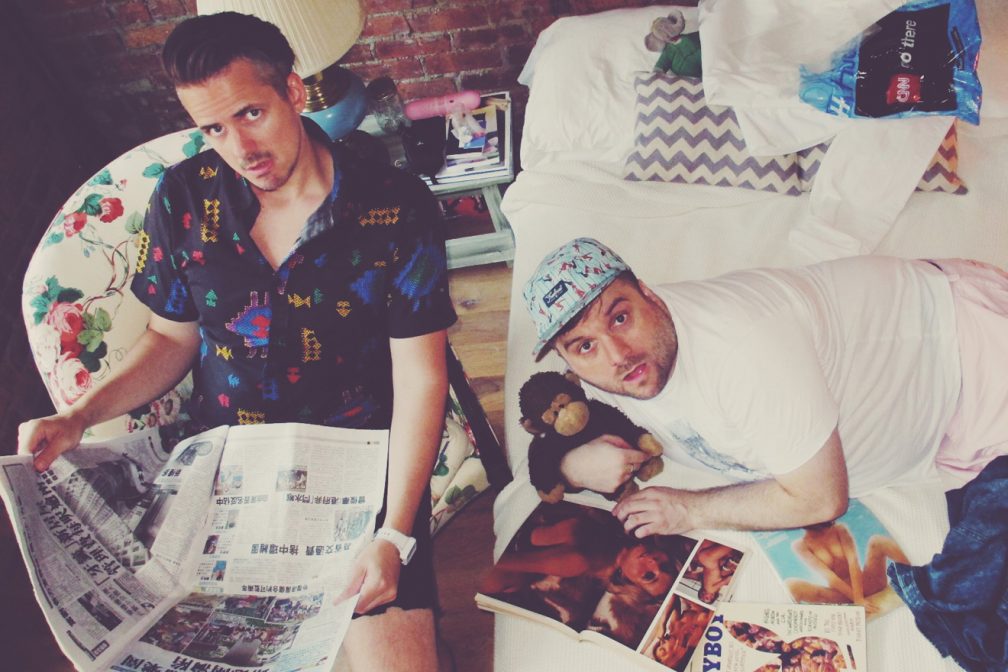 Their first release – a remix of Saarid’s ‘Future Lately’ on Nurvous Records where Gavin also worked as an A&R – counted Danny Daze and Damien Lazarus among its admirers. “It was like being a struggling fashion designer,” explains Sam, “and having some celebrity suddenly wearing your clothes.” It was this moment, back in 2011, that properly kick-started the New Yorkers’ career. Releases on Moda Black, Crosstown Rebels and Dirtybird have followed, each growing closer to the deep, hard-hitting, groove-riddled house that feels fully realised on their forthcoming debut album.

Dropping on Dirtybird, ‘Self Help’ sees the duo push in directions that are groovier, deeper, and even weirder than they’ve traversed before. Tracks like ‘Best Track Ever’ wriggle with electro energy, hip hop vibes stack up on ‘Role Models’, while ‘Reaching’ has eerie r’n’b vocals spinning throughout.

“We never try to repeat ourselves with any kind of sound,” says Gavin. “We wanted it to work for people, but also make a strange, ‘out there’ album.”

Walker & Royce have picked up plenty of praise from their peers over the years, including Pete Tong, Maceo Plex and Adam Beyer, to name a few, but only recently has the fandom finally found its way to their gigs.

“It’s only now that people aren’t mistaking me for Eats Everything!” laughs Gavin.

‘Self Help’ is out October 20 on Dirtybird