You might have seen them, grinning gently, loose-limbed, dancing out of time with the rest of the club. Or perhaps, as ex-GBL addict Alice tells me, you might have seen G users contorted in an afterparty with their faces contorted “like an inmate at a gurning contest at the Arkham Asylum genital burns unit”.

“I couldn’t believe it,” says Alice, a 30-year-old marketing manager from east London. “Of all the drugs to get addicted to, it was GBL, a shitty, ten-pence paint-stripper, that got me,” she says.

Users like Alice are part of a growing trend of straight clubbers using the drug, which until recent years was more commonly seen on the gay scene, says David Stuart, an activist with decades of experience in educating users about safer GBL use.

David Stuart travels the world to learn more about emerging drug trends, and he says GBL is now gaining a wider audience beyond its original gay and chemsex fanbase. 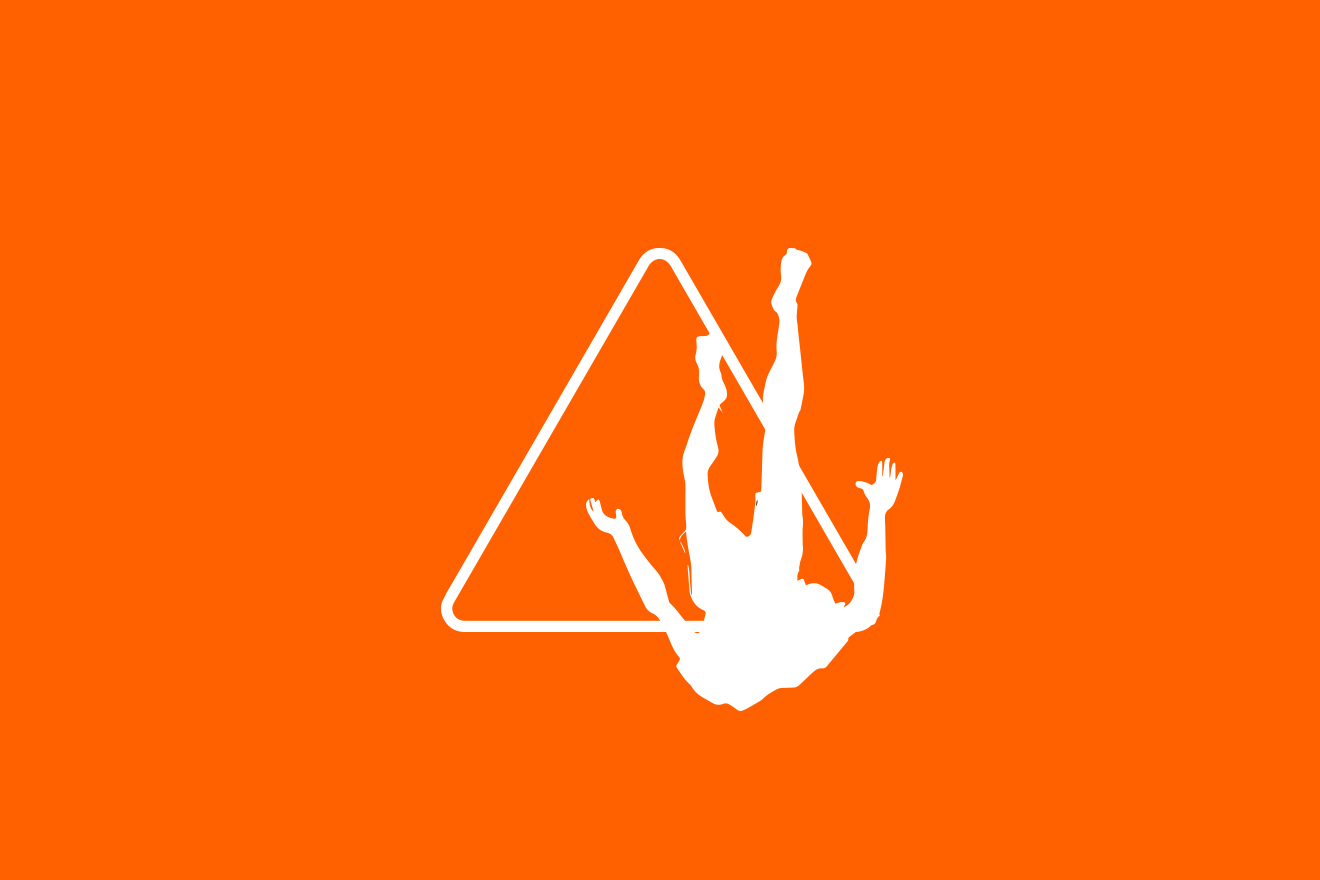 "GBL has been growing in popularity among non-gay communities, firstly in dance clubs and raves (we noticed this increasing very slowly over the last decade), but more recently still, we’ve been aware of these drugs being used in non-gay specific sex festivals, where there have been a few emergencies and deaths."

Stuart, who invented the word ‘chemsex’ – referring to lengthy polydrug and sex binges for gay men – says that pattern is likely to increase over time, because GBL serves so many purposes, from improving confidence, helping with anxiety and sleep problems, but also as an enhancer of sex, music and for its pro-social effects. Alice used the drug, an industrial solvent which is sold online as a tyre rim cleaner, as a way to supplement the MDMA high – to extend the peak of a pill on the cheap – but also because, she says, it felt amazing.

“It’s a lot like MDMA but more intense. Not as energising, much woozier. Boozier. It’s like being pissed at Christmas. But you also get really horny. It lowers inhibitions, increases sensitivity, and delays orgasm for men – which means your partner can keep going for ages,” she says. But for every up, there’s a down, she adds. The biggest down was the withdrawal. “Once I was addicted. I was shaking without it. It took me over a week to get off it, it was so grim. It’s like gravity has increased tenfold, you shake, you can’t sleep, you’re anxious, it’s like you have flu and are dizzy.”

GHB, a similar but related drug, was invented by organic chemist Alexander Mikhaylovich of Russia in 1874. In the 1960s, the drug was researched as a possible anaesthetic in France but was soon discounted as it was too pleasurable. Back in the 90s, when GHB first appeared on UK dancefloors, it was known as “liquid ecstasy” and was sold in sex shops. It was made a class C drug in the UK in June 2003 – and since then users have instead swallowed nasty-tasting capfuls of related chemical GBL, an industrial solvent, which the body converts into GHB. GHB is today used as a narcolepsy cure, under the brand name Xyrem. So how dangerous is GBL? 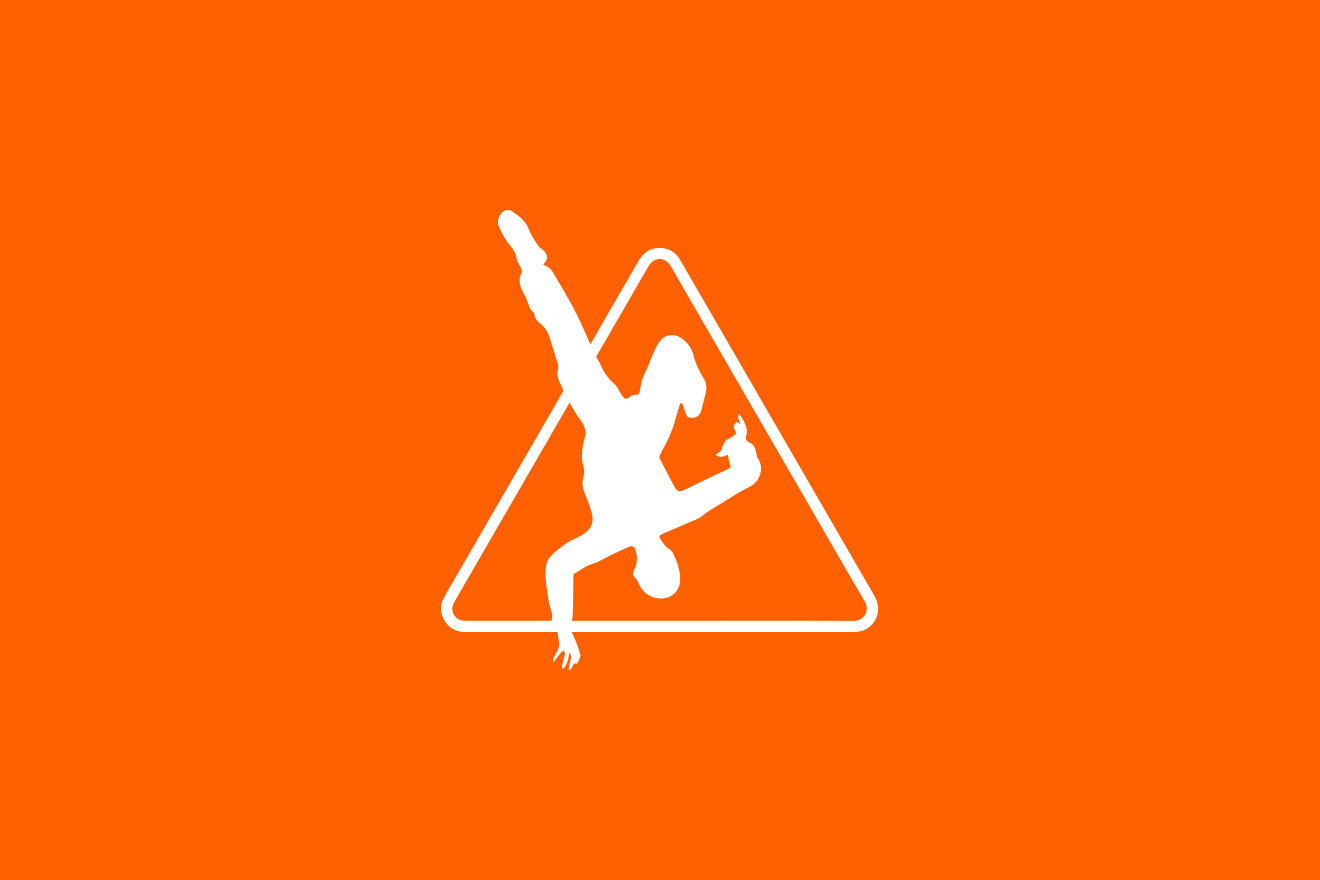 Stewart Who? A DJ and ex doorman of London’s Trade night at Turnmills in the 90s, remembers when GHB first arrived at the club. “A girl who must remain nameless bought it down. There were so many people collapsing off it.”

Stewart Who? collapsed himself and went into a so-called ‘G coma’ that night, waking up at the bar after drug dealers in the arches nursed him and helped him to his feet, his smart white trousers and shirt drenched after lying in Trade’s infamous disco juice.

“No Persil could remove that stuff,” he laughs.

The G coma is an unrousable sleep that comes from using too much – but the line between an enjoyable dose and an overdose is very fine, and hard to judge. A standard dose of GBL is about 1ml – usually measured out using a syringe, and mixed into juice. But even just 0.25ml more than that can send you under. It tastes terrible, too, say users.

“It tastes like you’re burning to death in a cellophane factory,” says Alice. “That or eating a dogshit sandwich served in an ashtray.”

The effects last for two hours, and redosing should be left for at least two or three hours after the effects drop off. While it can be hugely pleasurable, the drug can kill if it is used with alcohol, or any other kind of downer, such as Valium.

“It’s actually a really selfish drug,” says Stewart Who? “It’s such a hassle having someone lying in the corner of a party in a coma, then after you’ve spent hours nursing them, making sure they haven’t died, they wake up and are ready to go again.”

Who? worked with police, users and emergency services in Vauxhall, south London, in the late 90s and 00s to increase awareness of the drug and its perils – some of which are aesthetic. 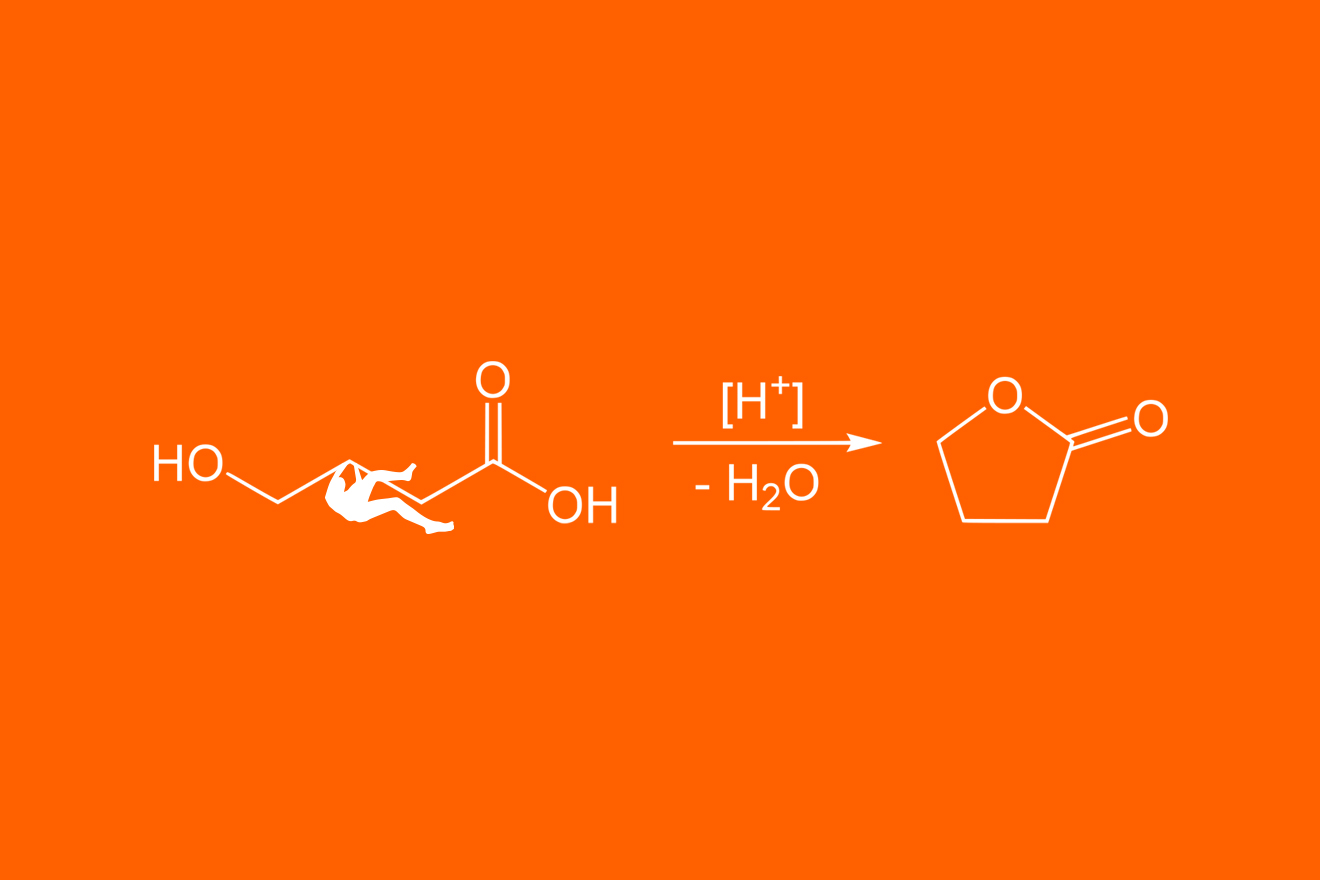 “It makes people dance really fucking badly,” laughs Who? “MDMA forces anyone to find the groove. Not GBL,” he says.

So, does the drug, which has also been used in many sexual assaults and even murders, deserve its terrible reputation?

“Yes,” says Alice. “It’s not for beginners. It’s serious, heavy shit. It’s addictive and it can and does kill people. You need to keep an eye on yourself, as the drug can have really different effects if you’ve eaten or not. If you drink on it, you can die.”

It’s difficult to calculate the number of deaths from GBL in any given year, as all the drugs present in a person’s bloodstream are listed in the case of fatality, and it is impossible to identify which drug killed them – and GBL is typically used in polydrug sessions. Added to that, the drug is metabolised fast and is gone from users’ bloodstreams quickly and is fairly undetectable.

He said: “George was mad on G. He loved it. It is 100 per cent he would have had chems on Christmas Eve before his death.” 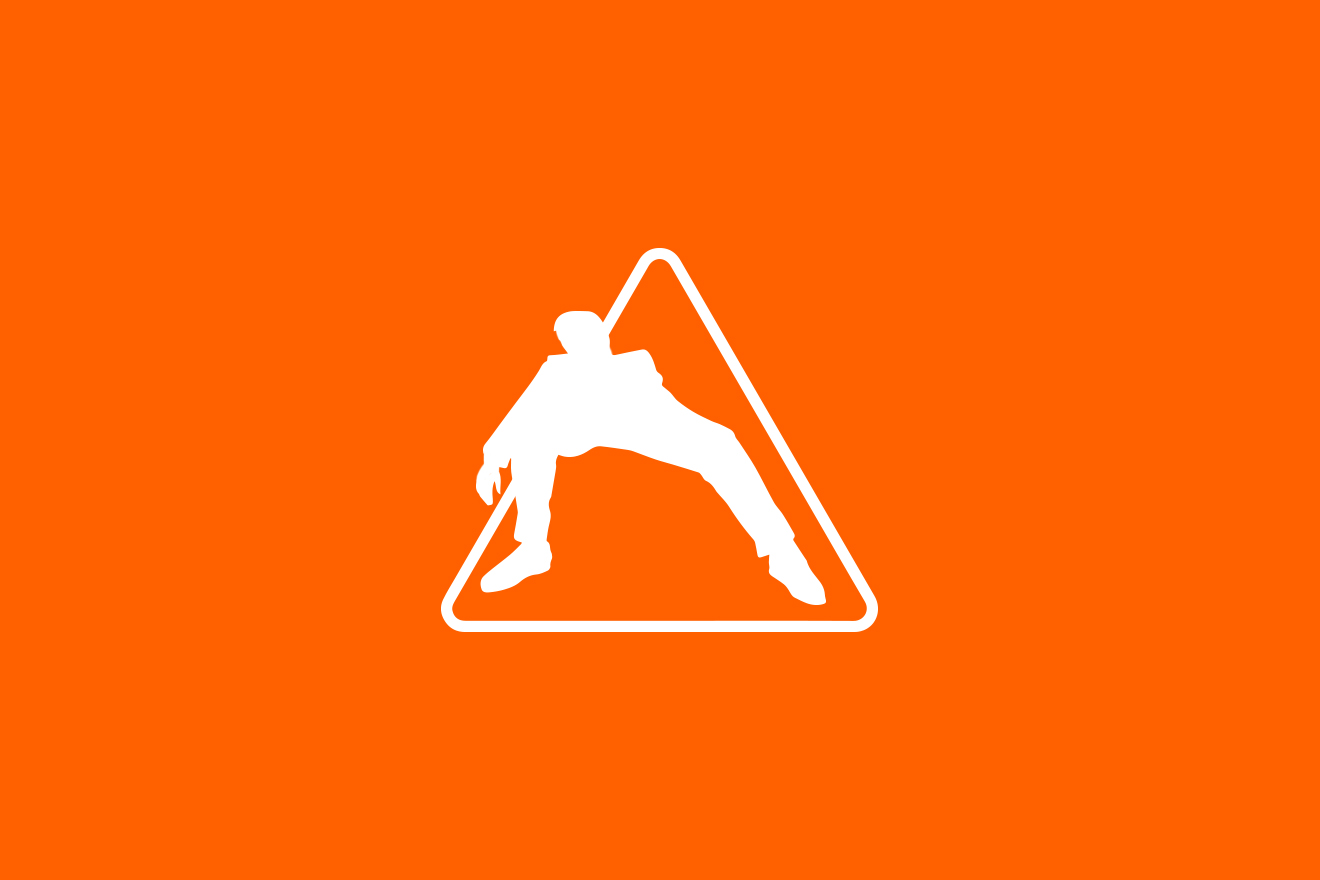 Activists working with gay men who use drugs have told me they hear informally of at least two fatal cases involving G per month.

This is not a drug to play with for fun, they say. David Stuart says most of the G-dead he has encountered were experts at safer dosing – but they still died. “[They were] long-term users, in touch with gay harm-reduction services. They’d have considered themselves experts at safer G-dosing; I’d argue they were as well. But even the best-informed cannot always escape the dangers of this drug,” Stuart says.

“The deaths are impacting my community in a way which is reminiscent of the deaths we experienced in the 1980s and early 1990s. It obviously outrageous to compare chemsex to the AIDS epidemic, but gay men are dying in epidemic numbers.”

There are other parallels with the very early days of the AIDS epidemic. Little data is available about deaths and dangers. Toxicology reports and national statistics reports lump GBL deaths into the catch-all NPS category – new psychoactive substances – meaning we have no way of measuring the scale of the problem. 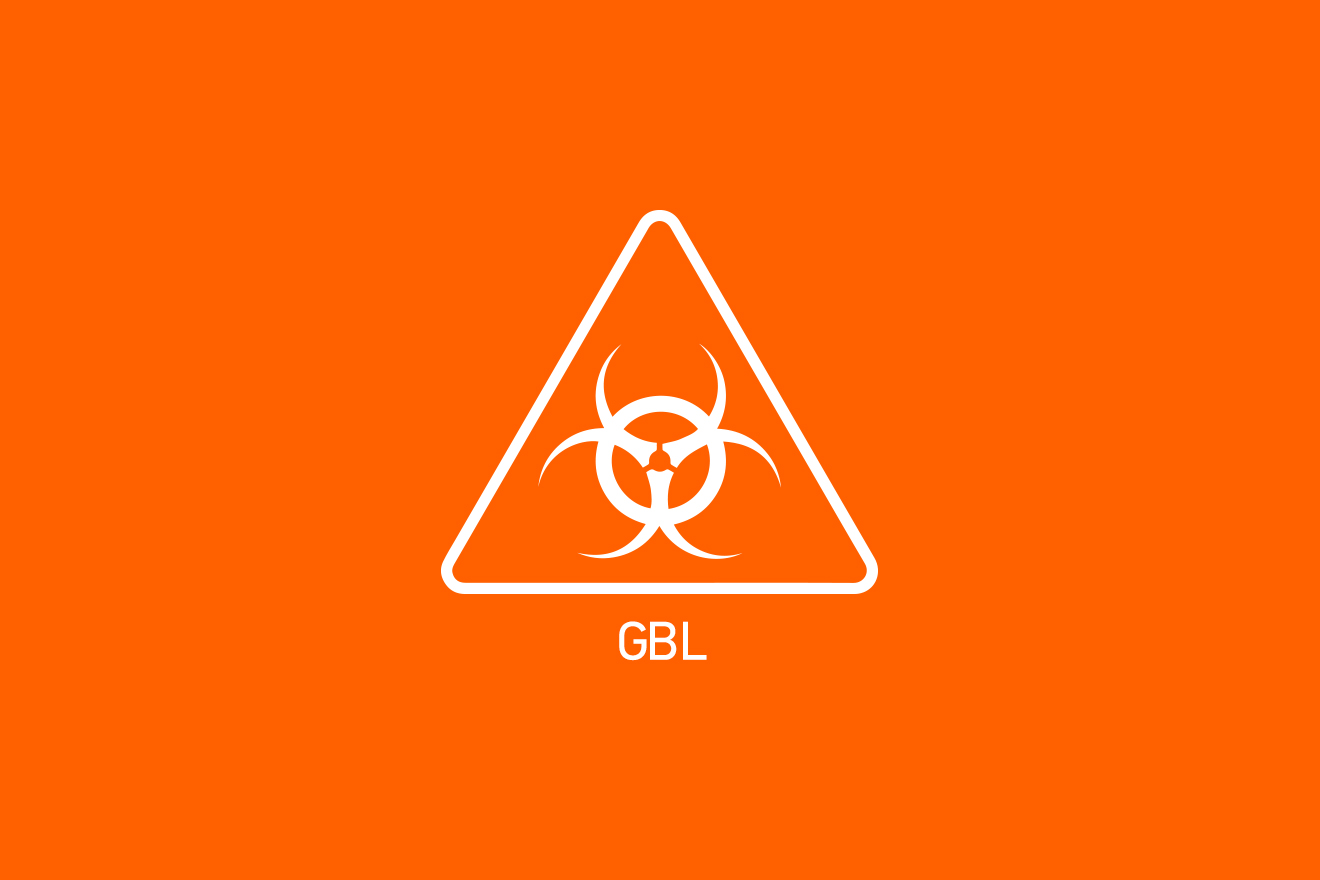 There’s one fact that links many of these under-reported victims – and it's their sexuality. Is it institutionalised homophobia that explains the lack of research in this area? It’s hard to say for certain. The under-reporting of these fatalities may not be due to homophobia in the classical sense, but it is true that marginalised communities do not receive the same media attention as more dominant cultural groups. When photogenic middle-class girls die from MDMA overdoses, the front pages are held and moral panics are invoked.

How, then, can users stay safe? G-specific info first: know the right dose for you, and never accept doses measured by someone else. If you don’t know your dose, start low and go slow – begin with less than 0.5ml. Never re-dose within a two-hour period, and slow this way down if you’re partying for long hours or days. Never mix G with alcohol, ketamine or benzos (such as Valium or other sleeping pills or tranquilisers).

The same rules apply to GBL as any other drug: look after your friends, do not leave them with strangers while high, never dose solo, know your source and your limits, and in an emergency, call an ambulance without delay. The police won’t come and the ambulance service won’t bust you. Be careful where you spill the stuff as well. “I’ll tell you what, it does actually work brilliantly as a paint-stripper,” says Alice. “You don’t want to, say, spill it on, say, a piece of valuable antique furniture in a really smart boutique hotel. That would be bad,” she laughs.