It’s a rainy Friday night outside what seems like a normal pub in Madrid’s suburbs. People are playing arcade games and having a casual pint, unaware of the raucous gathering about to happen in the downstairs area — something that is unlike anything else in the city.

A stream of people, many sporting razor cuts, ponytails, and colourful tracksuits, slowly make their way to the Triangulo club to find their community: Gabber Resistance, Spain’s only gabber collective.

Read this next: Gabber is Back, and "Techno Purism can Suck it"

The gabber scene is the 1990s original hardcore movement, which found its biggest home in the Netherlands. It started mainly as a reaction against the elitism in clubbing at the time and commercial rave music. With a very distinct image — bomber jackets, piercings, colourful tracksuits, shaven heads to the bone, crazy dance moves and Nike Air Max shoes — and tempos ranging from 150 to 200 BPM (or even higher), gabber spread through many European countries and created variations and subgenres within itself. But it never gained much of a following in Spain. In 1997 the scene started to decay, leading to the original hardcore sound to be abandoned and replaced with a new sound known as new style hardcore.

Madrid-based collective Gabber Resistance started last year due to organisers Marcos* and Pablo’s* wanting to keep the original hardcore scene and sound alive, and create a space for the capital’s scarce gabbers to gather and enjoy the music they love. This sound, prominent from 1992 to 1997, is also known as early hardcore, or as they like to call it, real hardcore. 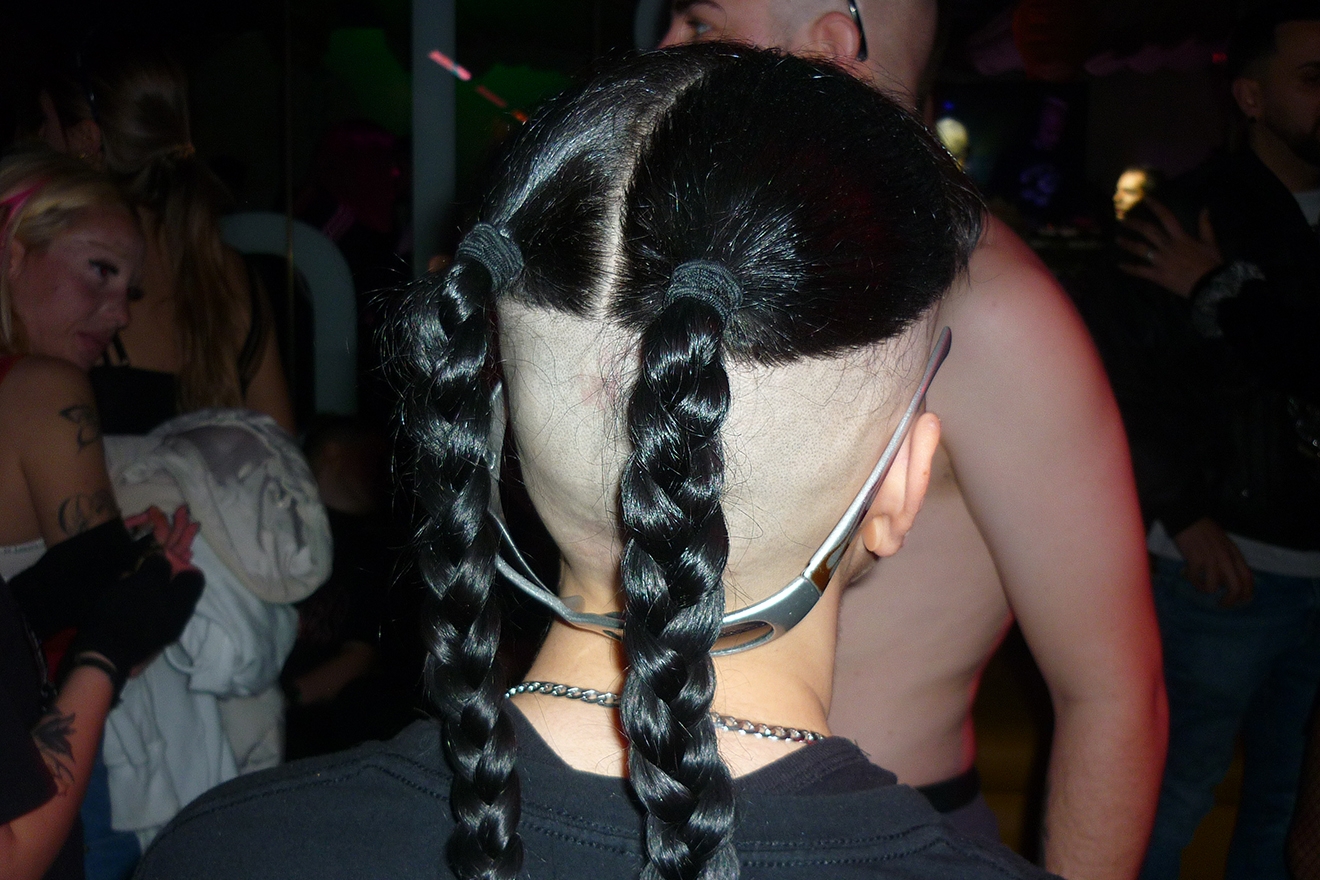 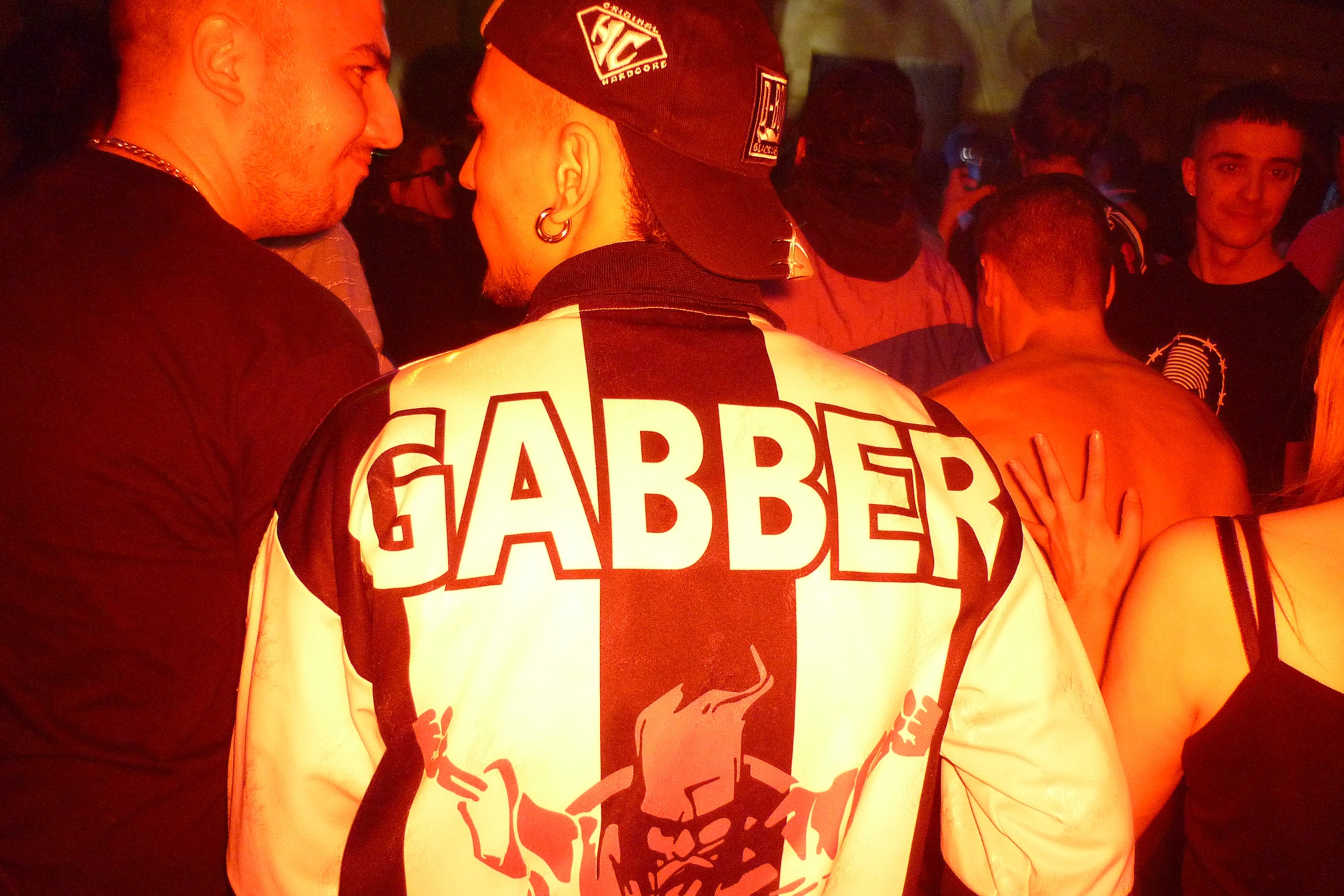 “We thought we would lose money with these parties,” Pablo says. “But we didn’t care, I wanted to start a scene around the music that I live for.”

In a clubbing scene dominated by reggaeton, trap and techno with no other events playing early hardcore, it can be difficult for fans of the genre to find their community. At best you'll find the occasional new style hardcore or hardstyle night.

“As I started exploring further into the hardcore scene, I discovered gabber and I stayed there, I didn’t want to party to anything else,” Pablo continues. “I wanted to offer a space for people who felt the same.”

The collective was born at a house party, where Marcos and Pablo met. A drunken conversation led the pair to discover a mutual dissatisfaction with the lack of options to enjoy the music they were passionate about.

“The next time we saw each other, we asked ourselves, ‘what if we start this project? What if we are the ones to offer those parties?’”, says Marcos. “From there, we started to think about how the fuck we could get people to know about gabber and gain support.” 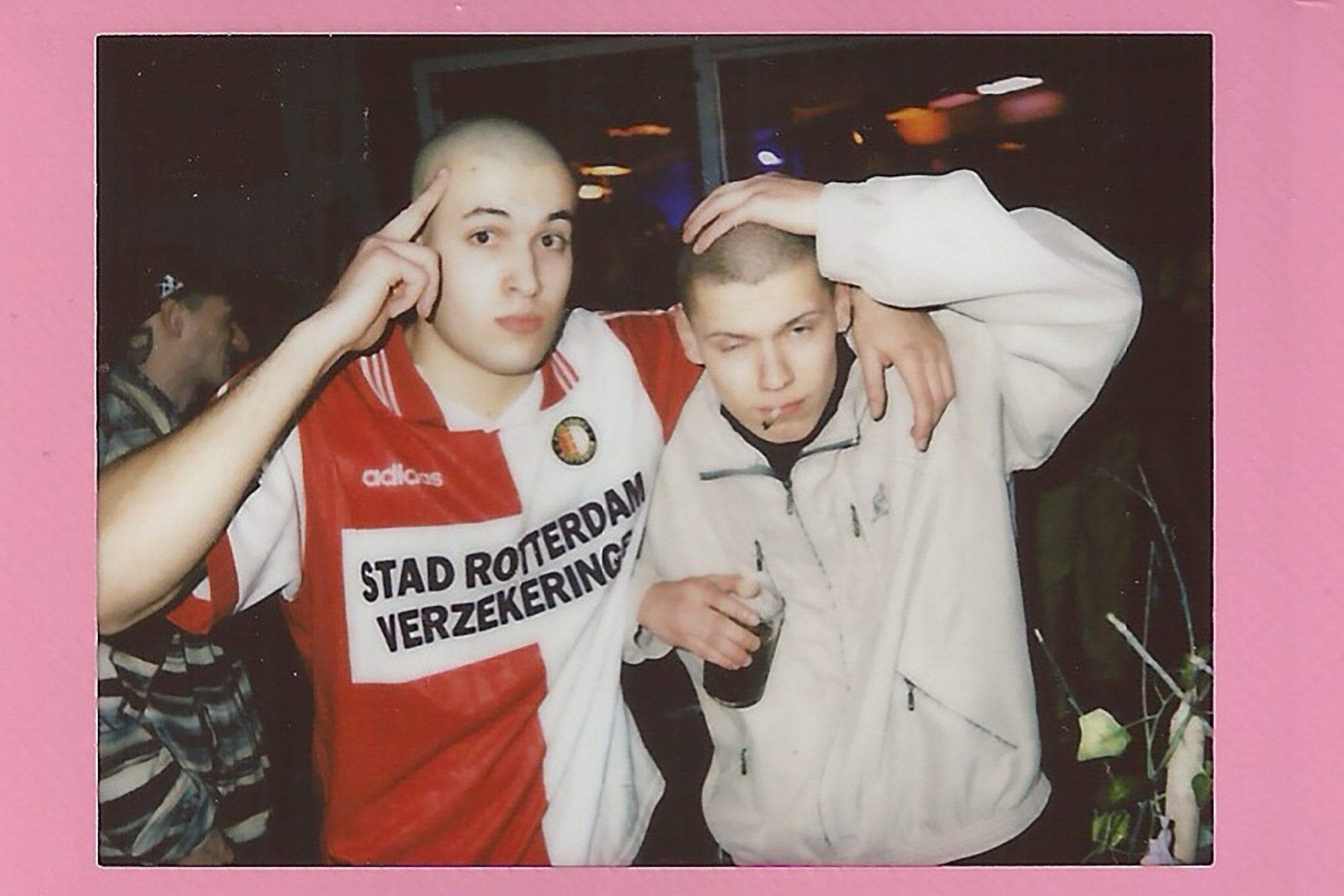 The first step, they decided, was to make an Instagram account to share all their knowledge of the beloved '90s scene. Once their following began growing to the thousands, with supporters from all around the world, they both felt that it was the right time to organise a party.

Largely influenced by the Russian gabber scene, which the pair describes as keeping the essence of the original scene alive, they began to put together their first event, Judgement Day, which took place in February 2022.

Read this next: Gabber Eleganza is flying the flag for hardcore

Neither of them expected the huge support they received at their first party, which made the pair realize how much people were craving early hardcore in Madrid. “We wanted to do it for the culture of the movement and to show people the true sentiment of the scene, but tickets started selling out fast,” Marcos says. “We saw people coming from The Netherlands, different parts of Spain, Germany… It was truly insane.”

Pablo and Marcos are both emotional when remembering the vibe at Judgement Day, describing how everyone was dancing like “madmen”. “There are very few parties where I have felt that spirit of everyone united dancing,” Marcos says. “We were all equal and brought together by that same sound.” 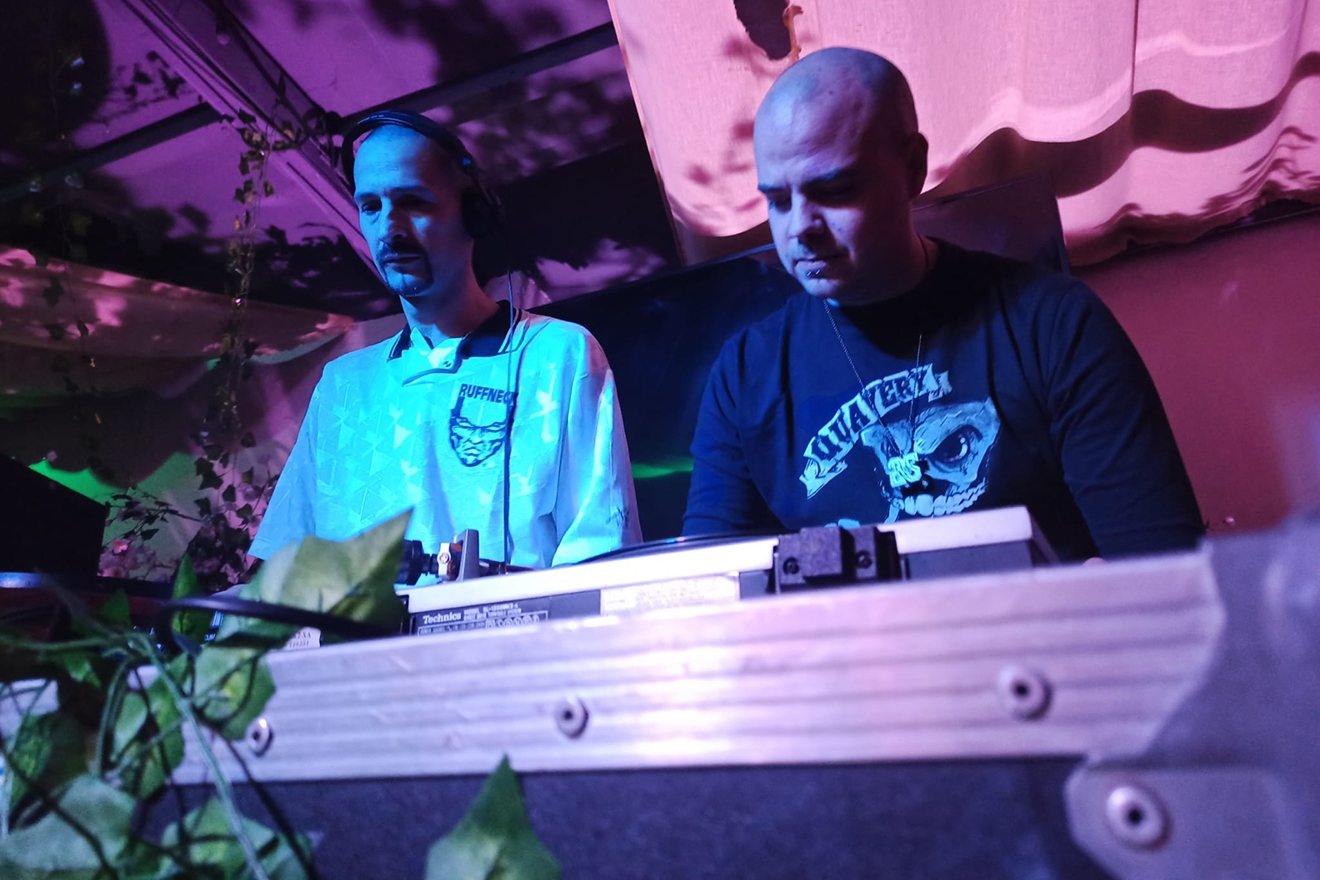 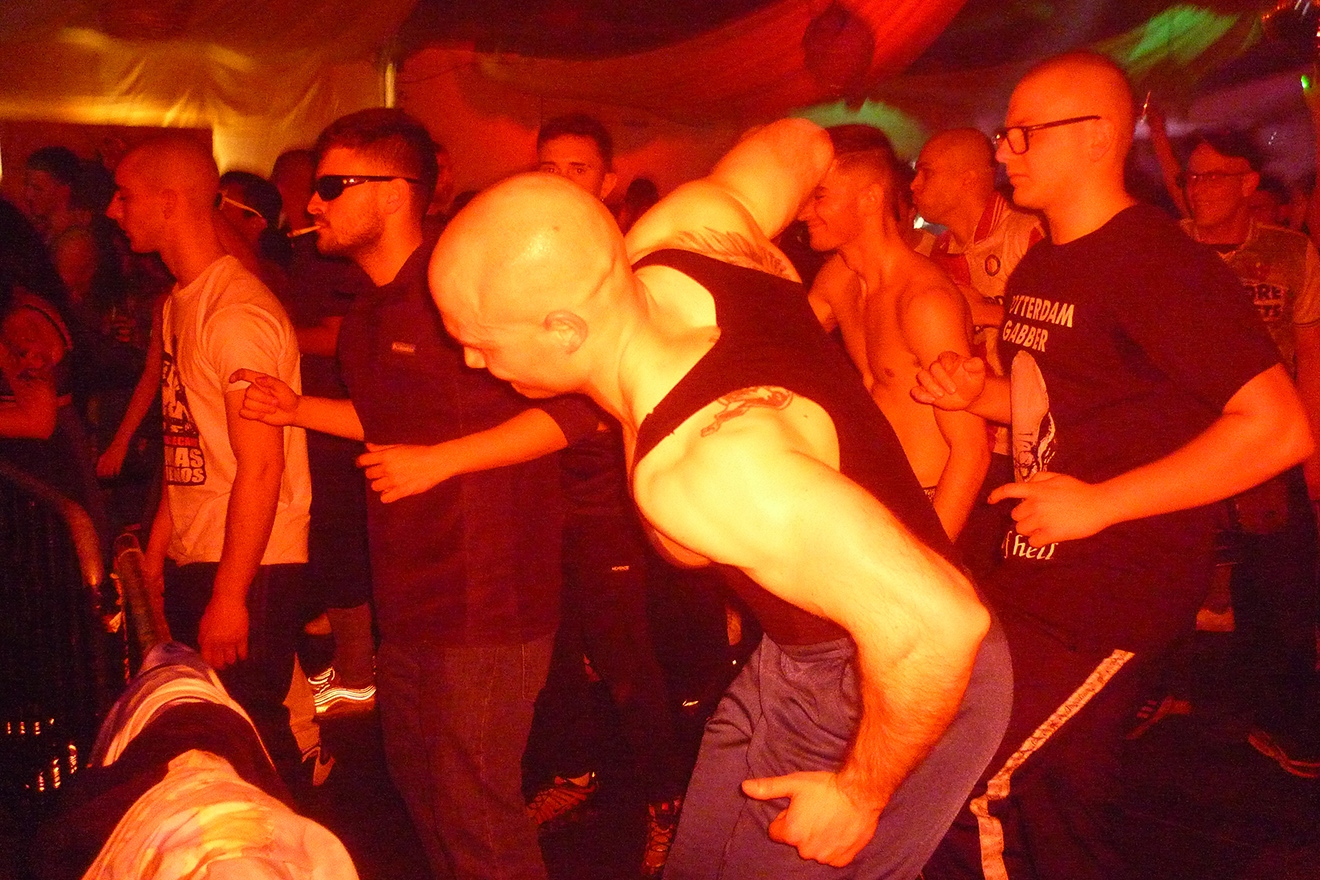 The pair were flooded by messages of support the next morning, so set to work organising their second event right away. They both put great emphasis on their desire to stay true to the original sound, which wasn’t produced digitally and was more varied than today’s new early hardcore, with influences from genres like breakbeat and jungle. “Nothing else gets to me as much as that infamous 909 sound,” Pablo says.

“It was also slower. If you see VHS videos of the 90s scene, you see them all dancing, and it wasn’t because the drugs were any better, but because it was slower than today’s early hardcore and more danceable. You can’t keep up with new early hardcore, and for me, a real gabber party is where every single person in the room is dancing, it’s something beyond compare,” he adds.

Read this next: Pushing back: Women are dismantling the hardcore boys' club

Gabber Resistance is doing exactly that. The sensation you feel stepping into the party is otherworldly, especially in a country with little to no gabber culture. Bright and colourful tracksuits consume the dancefloor, shaved heads and trainers worn to help pull off the ‘hakken’ dance, popular in the gabber scene. Huge smiles light up to the kick-heavy sets as they switch from the iconic sound of the first Thunderdome CDs to a mid-90s faster vibe, and end up in Terror territory. The atmosphere feels intimate and special, evident in the way that the partygoers relate to each other, dancing and complimenting outfits with a feeling of finally belonging.

Pablo describes feeling a shiver all over his body when first stepping up to the DJ booth to get a full sight of the audience, “I saw literally everyone dancing, no one was just standing still,” he says. “I was moved by this energy.” 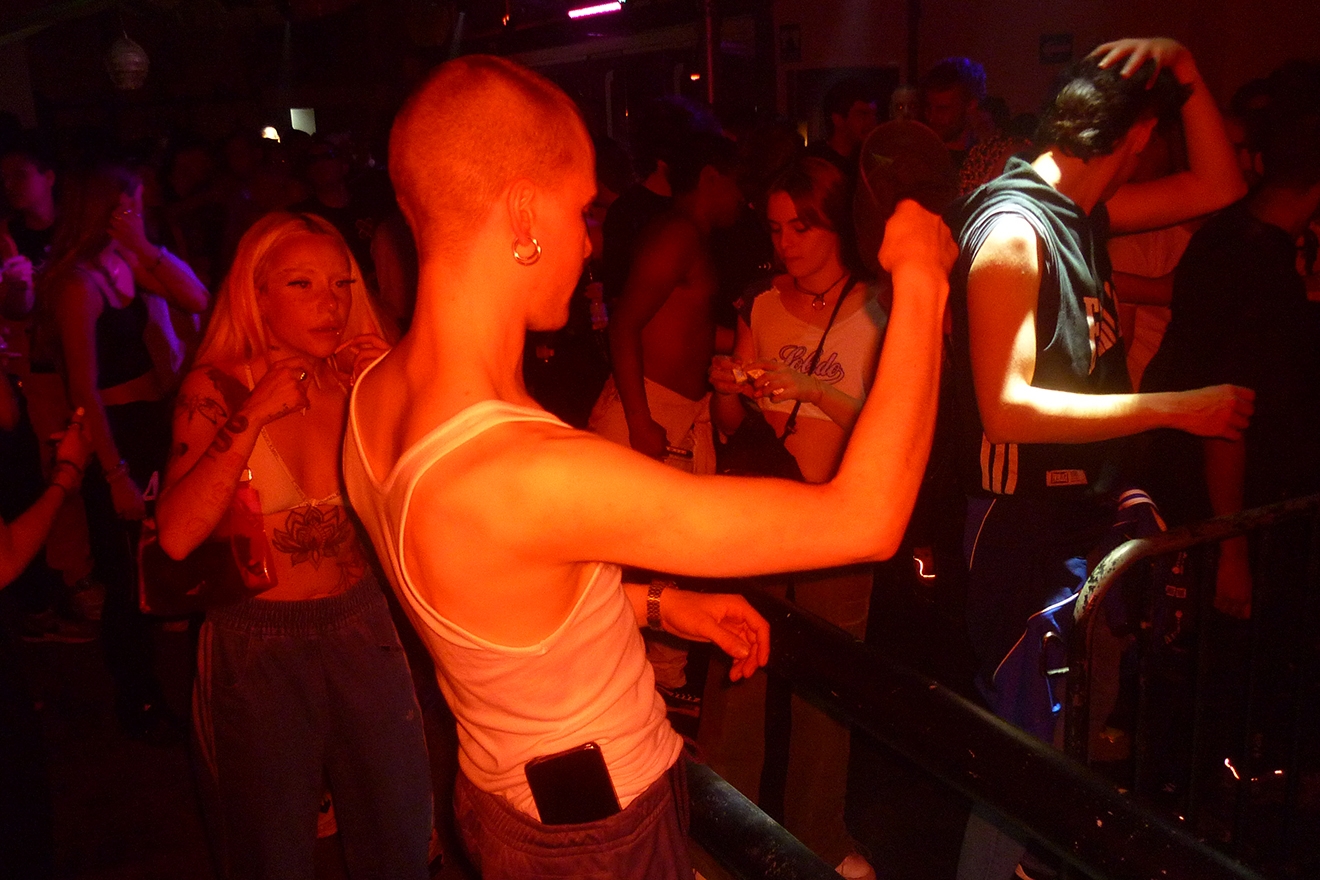 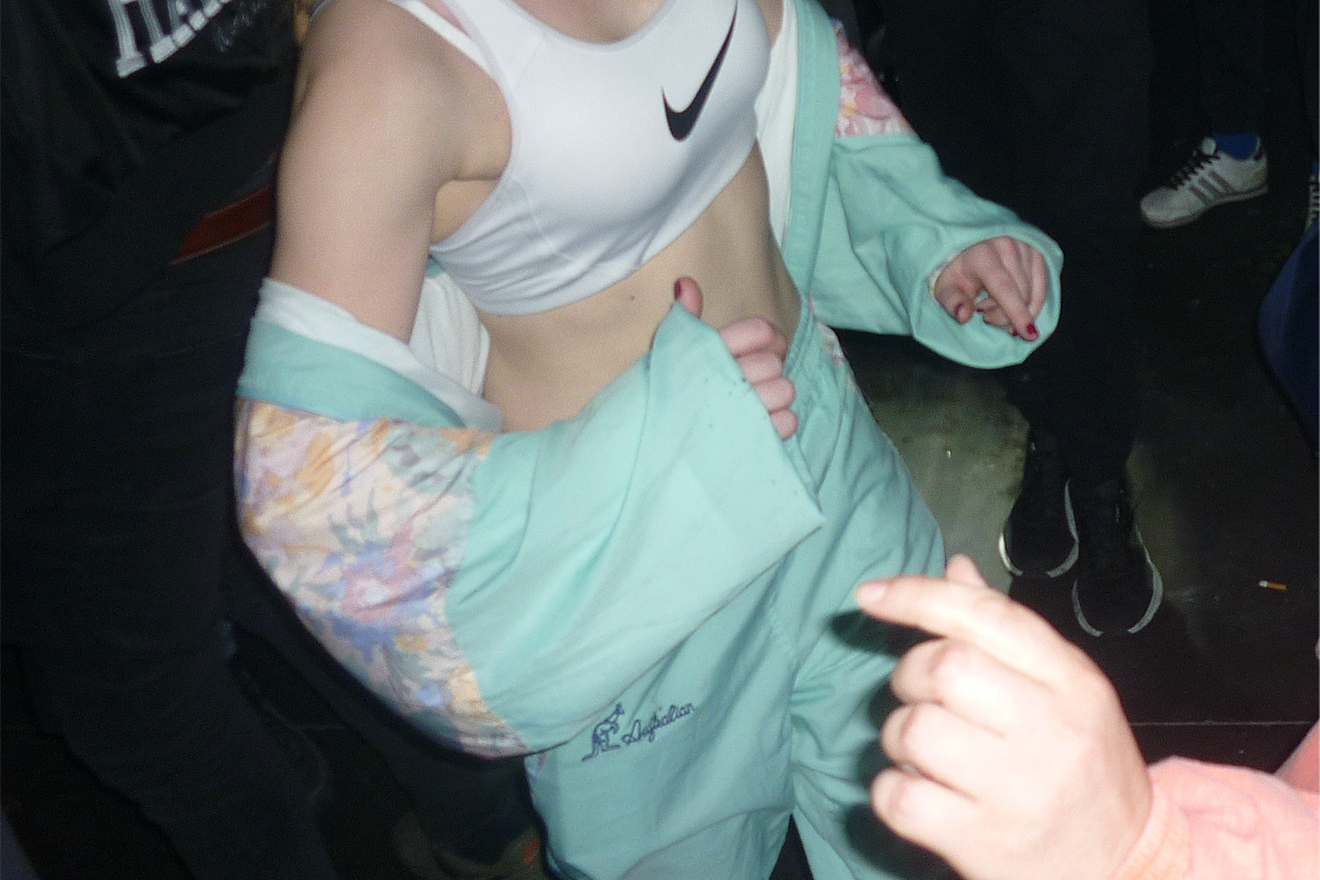 The pair say their goal is to create “a family of people that truly get moved by this music”. “We want to keep it small and underground for it to keep its realness,” Marcos says. “We don’t want to have to please anybody, we are very set on keeping the original sound of hardcore.”

With hopes of expanding to other parts of Spain and Europe, the organisers are already planning an all-vinyl event in Madrid in May, inviting talent that hasn’t had the chance to play before due to the lack of demand for their genre in the country.

“I also see it as a place that attracts people to the music, not to DJs and big names,” says Pablo. Marcos agrees: “We want to give a chance to young people that are amazing but can’t really find their spot in the Spanish scene.”

*Names modified by the interviewees’ request.