Kieran Hebden and Anna Liber Lewis are childhood friends. They’re also acclaimed artists: the former headlines music festivals around the world as Four Tet, the latter is a Griffin Art Prize winner making a splash with her vivid feminist paintings.

Tonight they cement their friendship with a debut collaborative exhibition at London’s Elephant West, a former petrol station turned gallery space next to the BBC’s former headquarters on Wood Lane. The exhibition is set to run for three months, showcasing music and paintings made to complete the other by the pair. For opening, Four Tet is playing a one-off live set. 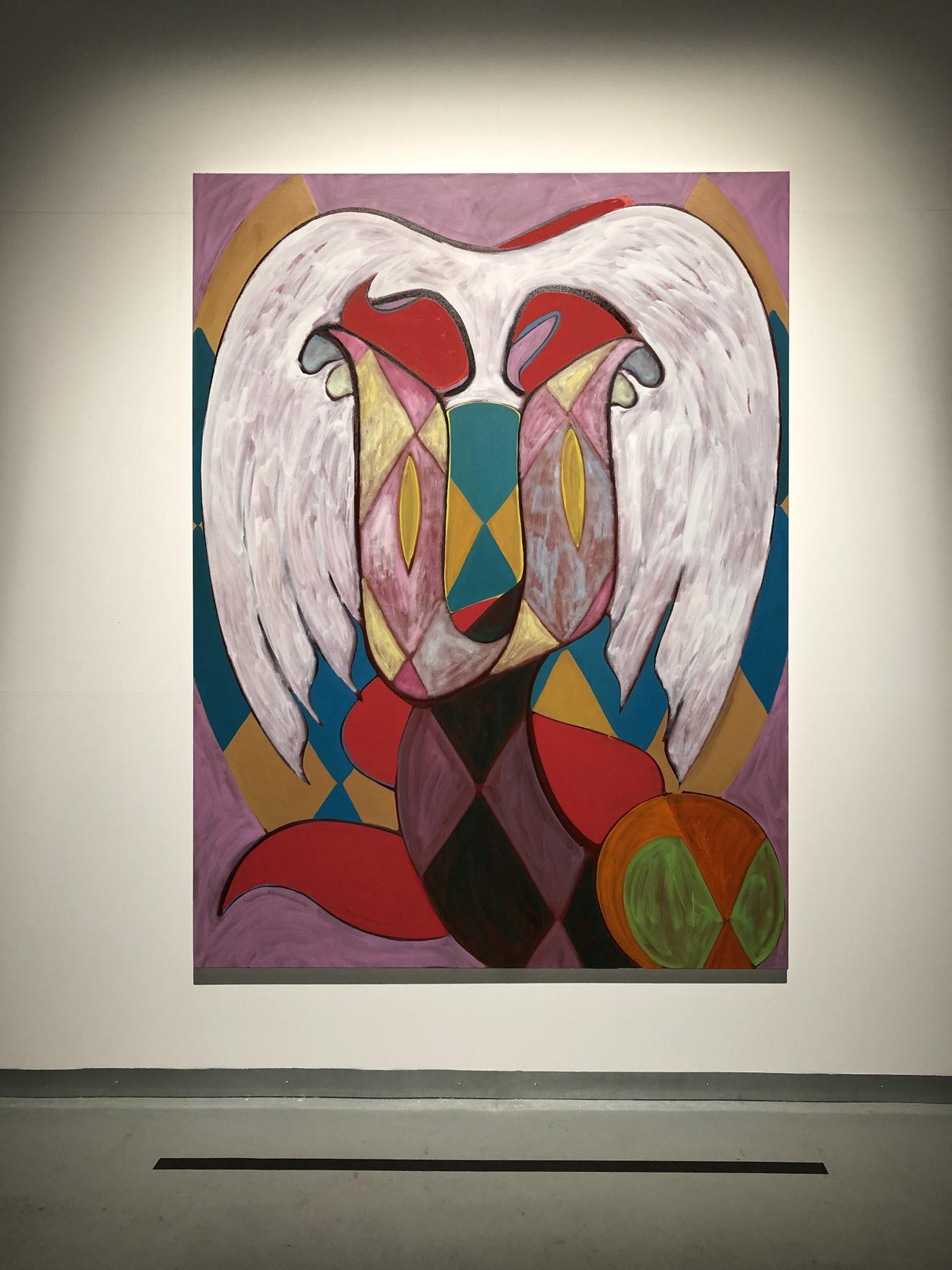 Speaking to Elephant before the event Hebden said a collaborative work was bound to happen: “When the idea came up a couple of years ago, it did seem inevitable; I think we’d just been waiting for a way that it made sense”. That idea has now become a reality.

The first half of the show in two parts plays out like the exhibition. Swathes of people move though the cavernous white space, scanning the walls punctuated by Liber Lewis’ artwork as three new tailor-made productions by Hebden play out over the speakers.

Away from the swell of people, we snatch a few moments chat with Anna and Kieran in the smoking area. “I hope for five stars,” says Four Tet to this reviewer. Based on his prior sets, the experience promises to be nothing less.

Anna expands on the process behind her works: “The art is about constantly improving”. The throng of admirers inside captivated by her bold colours and forms worthy of any gallery wall indicate she’s already excelling. 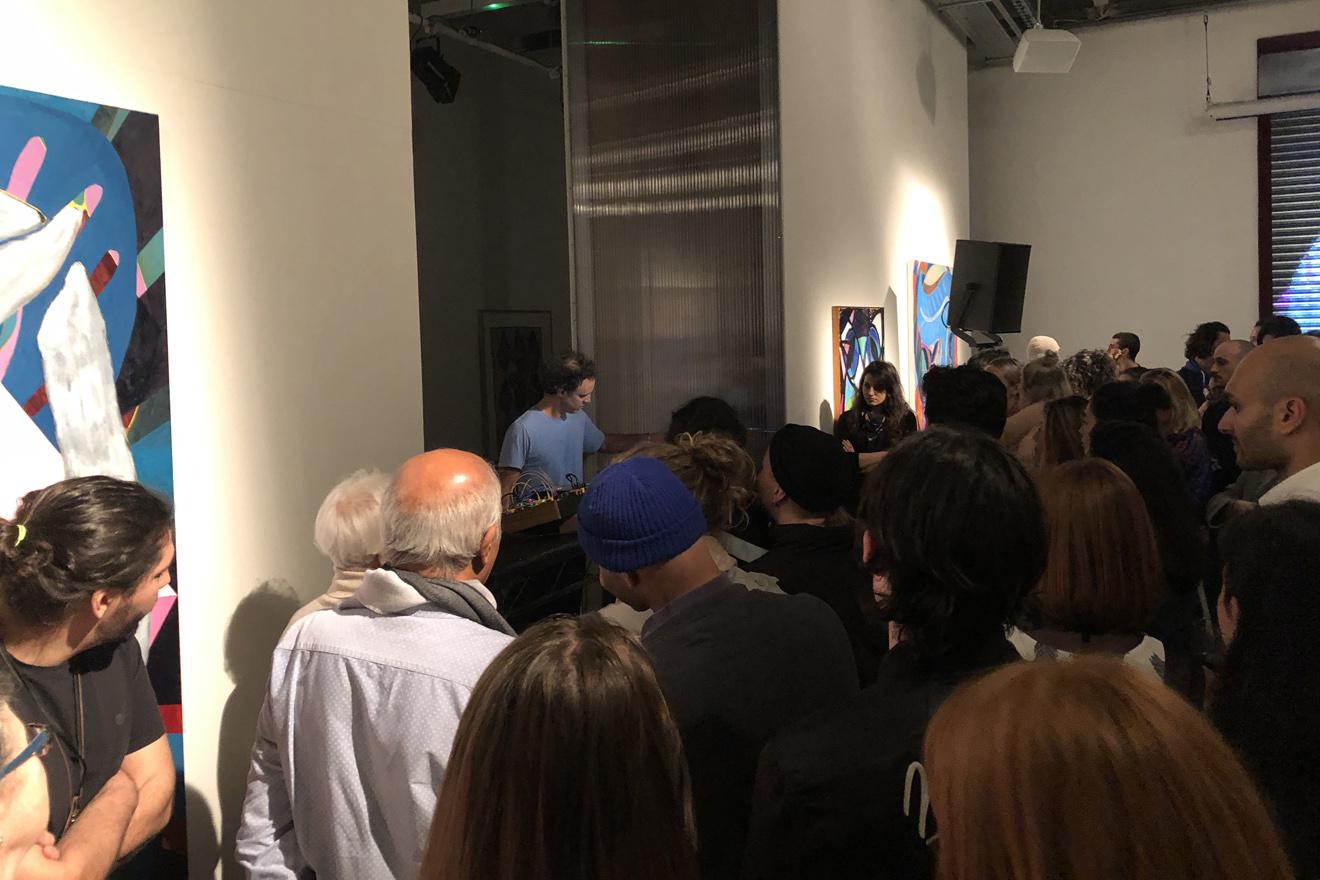 Anticipation buzzes in the air as it gets closer to show time, the crowd slowly congregating as the lights dim. Through the chatter, the beat starts, plugging away at the conversation that dulls down until everyone is transfixed and silent. Alien-like sounds pierce the room, clattering off the tin roof. The sound resonates in a way unique to a club or arena.

Waves of heads move in unison as Four Tet exerts his signature magic. Flutey melodies and hard basslines coincide like the mix of bold colours and straight lines on Anna’s paintings that flank him.

The new music curated specifically for the space goes down just as well as his hits, as the diversely aged crowd dance in unison. ‘Scientists’ turns heads – those that weren’t already locked on to the front of the room, that is.

Anna mingles with the crowd as a 3D artwork depicting a digital version of one of her paintings is projected onto the shutters, adding a new dimension to the exhibition. It spins constantly as the night goes on, like a symbol of the fluid cohesion between art and music. 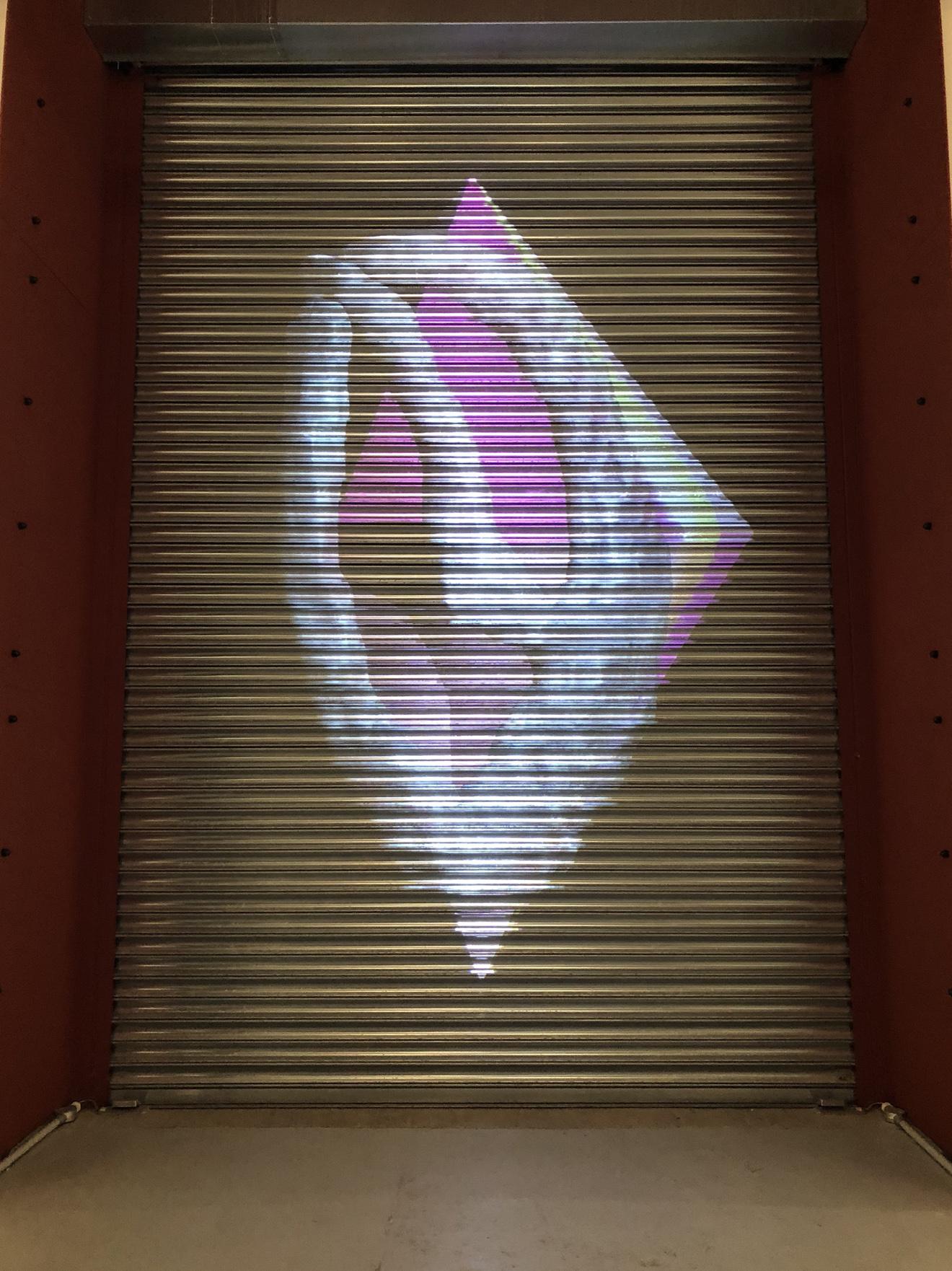 When ‘Ocoras’ hits the movement levels hit a peak. For somewhere that isn’t designed primarily for music, the acoustics are surprisingly good. You can almost feel the bass reverberating off the canvases as the sound fills the space.

Later Four Tet picks up the pace, accelerating the BPM to the limit you could reasonably expect an art gallery to take. Even those that look like they’re just here for a slow meander round the artworks can’t help but let the thrashing beat takeover.

The introduction of the slower paced ‘Daughter’ mellows the room, as the waves of euphoria simmer down to a gentle tide over the crowd as the set draws to a close.

Outside when chatting Four Tet quips: “Mixmag won’t give me a bad review”. He’s good and he knows it. But he’s not wrong.