Over the past decade, a record-buying resurgence has been gathering pace. It’s a trend that led to a historic landmark last December, when the takings for vinyl albums in the UK surpassed those of digital downloads for the first time (vinyl earned £2.4m in a week compared to £2.1m for digital).

In part, this post-digital turn in vinyl's fortune can be put down to what you might call the 'Crosley effect': the now widespread availability of affordable turntables in Instagram-friendly hues at high street shops such as Urban Outfitters. Even supermarkets are now cashing in on the nostalgia, with the likes of Sainsbury's and Tesco making it possible to buy vinyl alongside your loo roll.

But it's not just supermarkets benefiting from the vinyl revival. Across the world, the independent record stores that had started to seem like relics of the past are getting a new lease of life.

For a long time, these record shops were the domain of a certain breed of music lover. It was here that you’d find the vinyl purists and catalogue-crazy, train spotter-types of the music world famously depicted by Nick Hornby in his 90s novel (and later a film staring Jack Black and John Cusack) High Fidelity: “Young men, always young men, with John Lennon specs and leather jackets and armfuls of square carrier bags.” But in recent years, as record sales have risen, it seems the gender divide has narrowed. More and more women are buying and selling vinyl, gradually staking their claim in this traditionally male space. 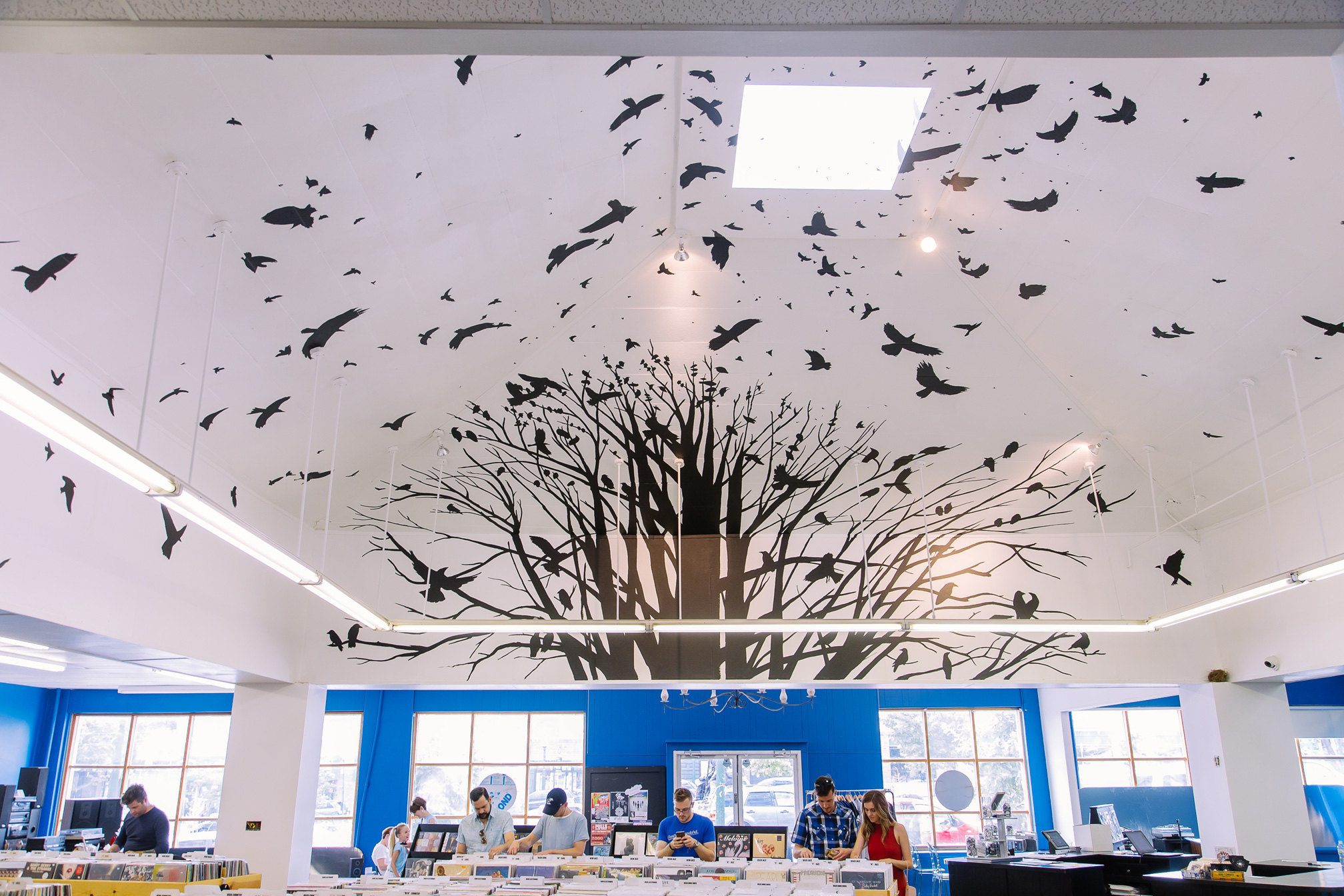 Carrie Colliton, the co-organiser of the US Record Store Day, has noted a definite shift in her communications with indie record shops. "Something really exciting to me is the number of women who are opening up their own stores," she says. "It's happening all over the country, and some of my favourite stores just happen to be run by women.

"I hear from store owners every year that their line for Record Store Day consisted of more and more women and teenage girls, coming in and shopping for themselves. And the same thing with their everyday customer," she adds. Her co-organiser Megan Page confirms a similar pattern in the UK, explaining that while it’s still a fairly male-dominated environment, "I think the times are changing. I'm increasingly talking to female managers and staff behind the counter, and that’s something that I definitely think can have a knock-on effect to a store’s clientele."

"We've had to fight for respect from people who have dismissed us based on our gender" Lauren Reskin, Sweat Records

Val’s Halla in Oak Park, Illinois – which opened its doors in 1972 – was certainly once an anomaly, and not just for the presence of an Elvis shrine in its bathroom. Owned and managed by local legend Val Camilletti, the store was one of comparatively few female-run shops in the world. Yet in recent years, as noted by the team at Record Store Day, more and more women have been setting up shop. In Kansas City alone, there are now two women-owned shops – Records with Merritt, run by Marion Merritt, and Mills Record Company, which opened in May 2013. Its owner, Judy Mills, says that despite discovering that often, “dudes would rather talk music with dudes,” she’s managed to cultivate a successful business. In fact: “I didn't need to emulate the High Fidelity stereotype, not only ‘cause that's just bad business, but it's not who I am. And I've never looked back on that decision.”

And she’s not alone: the willingness of women to make the leap into the world of vinyl and entrepreneurism has seen female-run shops popping up all over the world. In the US, these now include Sisters of Sound in Manhattan, Atomic Pop Shop in Baton Rouge and Permanent records in Eagle Rock, LA. In the UK, meanwhile, they’re everywhere from Cardiff (Outpost Coffee And Vinyl) and Hitchin (Gatefold Music) to Morecambe (Vintage Vinyl) and Chesterfield (Tallbird Records). 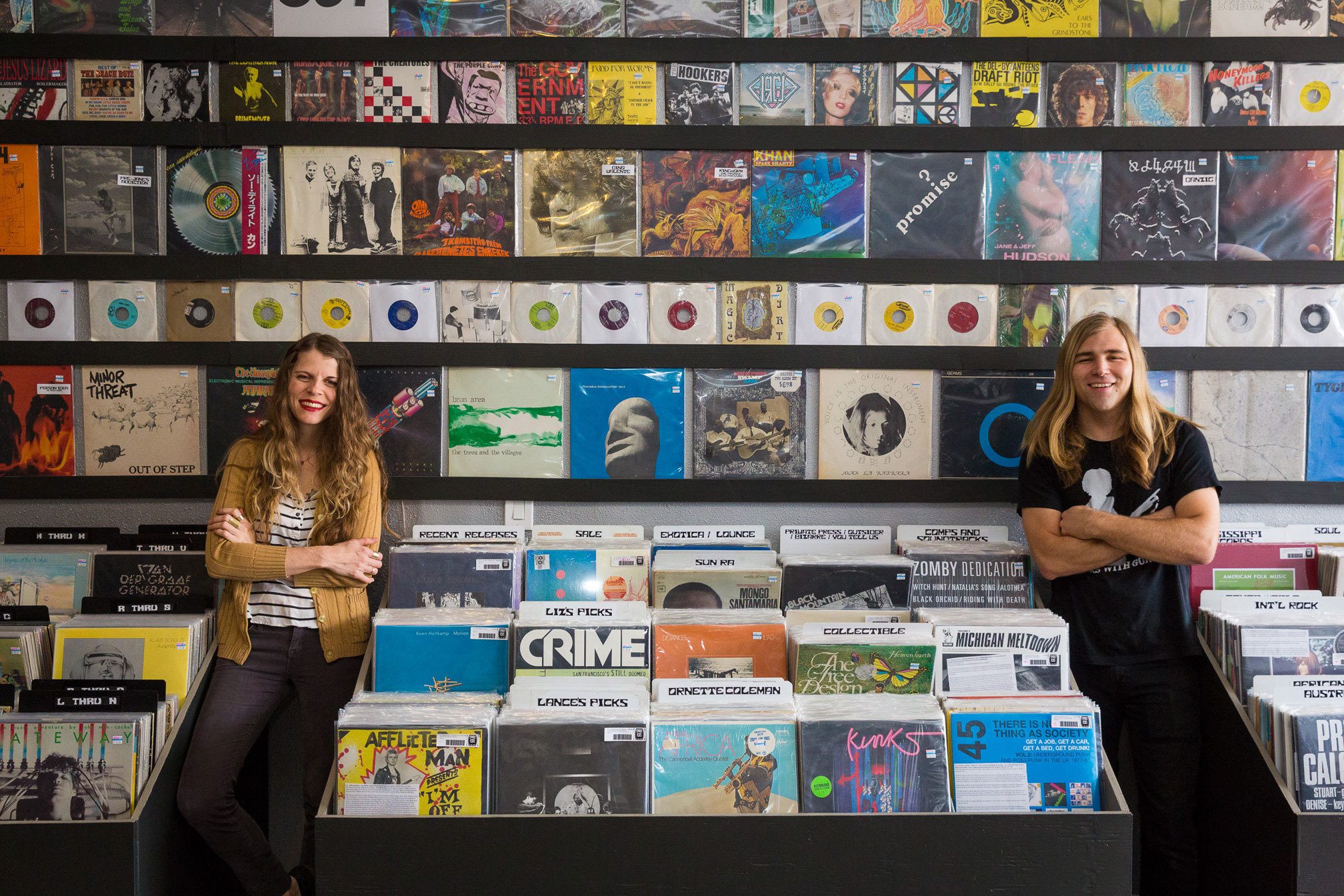 Before Stevie Freeman opened her shop Union Music Store in Lewes in 2010, like lots of women, she says she always felt out of place in record shops: "Not just because it was a male-dominated space, but it also wasn't one I particularly liked to be in – they'd often be dark and overstocked, with racks and racks of stock that you needed to root through." So, to encourage more female shoppers, on opening up her own shop, she "ensured it had a variety of products, gifts and lifestyle stuff as well as records. It's a bright, light space and it's a small collection."

Lauren Reskin owns Sweat Records, an independent store in Miami which opened in 2005 and today boasts an 80 per cent female workforce. Generally, Reskin says, she doesn’t feel that being a woman in the music world has held her back, but "we have had to fight for respect from certain people who have antiquated ideas or dismissed us based on our gender.

"I didn't emulate the High Fidelity stereotype, not only ‘cause it's bad business, but it's not who I am. And I've never looked back" Judy Mills, Mills Record Company

"We found out several months after Sweat Records first opened that the reason it wasn’t covered in a local press outlet was because their male editor 'gave us three months.' Well, he’s long gone, and Sweat’s been around for over 11 years, so clearly he underestimated what we were capable of."

In spite of her own store's success, Reskin acknowledges that's there's still progress to be made. "When travelling I frequently record shop with my male fiancé and he is almost always approached before I am," she says. "I’ve been in situations where I’m speaking to staff that don’t really give me the time of day until I reveal that I own a shop."

This is a sentiment echoed by Sophie Wootton, who worked at Head – an independent record shop in Leamington Spa – for a number of years. As recently as 2015, she says, "Customers would quite often defer to my male colleagues, which was ironic as I ran the stock room so if anyone knew if we had something, it was me." 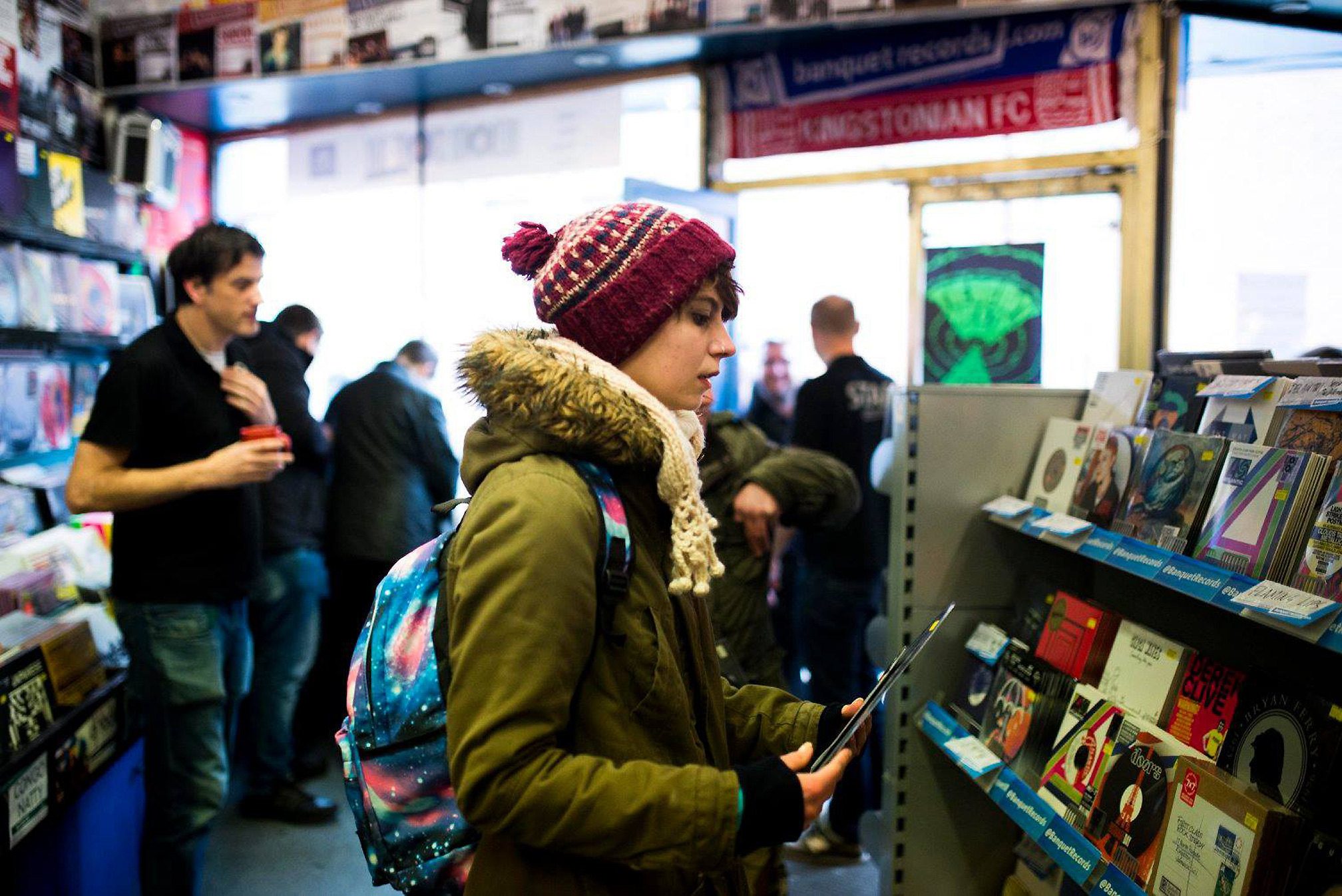 James Goss, the author of Vinyl Lives, suggests that this could be down to the fact that even today, "Guys seem to be known more for their fascination with arcane bits of information – baseball, rugby, who recorded or played on that record. So, record store guys are mostly known for their seemingly uncanny ability to keep track of this stuff." He adds that when it comes to diversity in the vinyl world, there's room for progress in more ways than one. "In my several years of covering the record store biz and the return of vinyl, there were very few store owners of varied race.

"This really seems odd, because in the very early days of records – the early 20th Century – record shops sprang up in neighbourhoods all over the country. Jazz, blues – so called 'race records' – were a substantial part of the market." Today, he wonders, along with more women, "Why aren't there more black, Hispanic, or Asian store owners?"

Hopefully we might not always be pondering the same question. Recalling an exchange she witnessed at a record store in North Carolina last year, Record Store Day's Carrie Colliton sums up why: "A black teenage girl walked up to the counter to buy her metal record, and asked the clerk what time they were opening on Record Store Day. I nearly jumped up and hugged her for breaking practically every stereotype about women, music and record stores there is."

Sian Gardiner is a freelance journalist. View her portfolio here