It’s becoming increasingly impossible for producers to earn a sustainable income from making music, and while the events industry is currently on hold, DJ fees have been scaling to eye-watering new heights in recent years. DJing, of course, is a skill that should be valued: anyone who has ever watched their favourite DJ shred can attest to this. However, with the current global royalties systems largely unfit for purpose, should we be looking at radical new ways of ensuring electronic music makers are compensated more fairly for their time and craft?

The dance music sphere has come to mirror the societies in which it resides, and the wealth divide between the world’s highest-paid DJs and the global underground club community is a gaping chasm that continues to widen. In 2019, the Chainsmokers took home $46 million, Marshmello wracked up a juicy $40 million, and David Guetta lined his pockets with a modest $18 million. These are all mainstream DJs with few or no ties to the DIY dance music communities pushing electronic music forward. But, as was discussed last year, what happens when Aphex Twin plays a track by a leftfield club artist in his set? Should he share some of his substantial performance fee with the artist?

Although the vast majority of DJs and artists unanimously agree that producers should receive a certain amount if a major artist plays their track, the practicalities of fee-sharing are messy and unrealistic. “DJs making high four to low six digits (Aphex, etc) while playing the music of others is highly problematic, even though for many folks these are the only types of gigs that will help them eat... it's an odd bind to be in,” says avant-pop artist Lafawndah. “I like the idea behind it, but it’s just really—where do you enforce it?,” offers Berlin-based producer and DJ Ziúr. “Fee-sharing is a fair thought and it would be nice. But how many rich people are sharing their resources?”

For London’s Parris, who makes music as well as DJing, the issue is also “a complicated one”. Ruminating on the idea of fee-sharing, or of paying a fee for a global database of tracks, he hints at the potential for a DJing-will-eat-itself type situation. “Artists could just end up playing a set of all of their own tunes, which means they just end up paying themselves. So I’m not sure how realistically this idea could work.”

Theorist, teacher and artist Mat Dryhurst, who has been a vocal supporter of a fee-sharing model, proposes that the value of a track being played should be tied to the fee made by the DJ. “It’s an elegantly simple and accurate calculation of the value of that music in that context,” he argues. “That way you don’t have to look at venue size, or any of the abstract ways in which valuation is calculated (if indeed the plays are tracked and compensated by a PRO [Performance Rights Organization]). 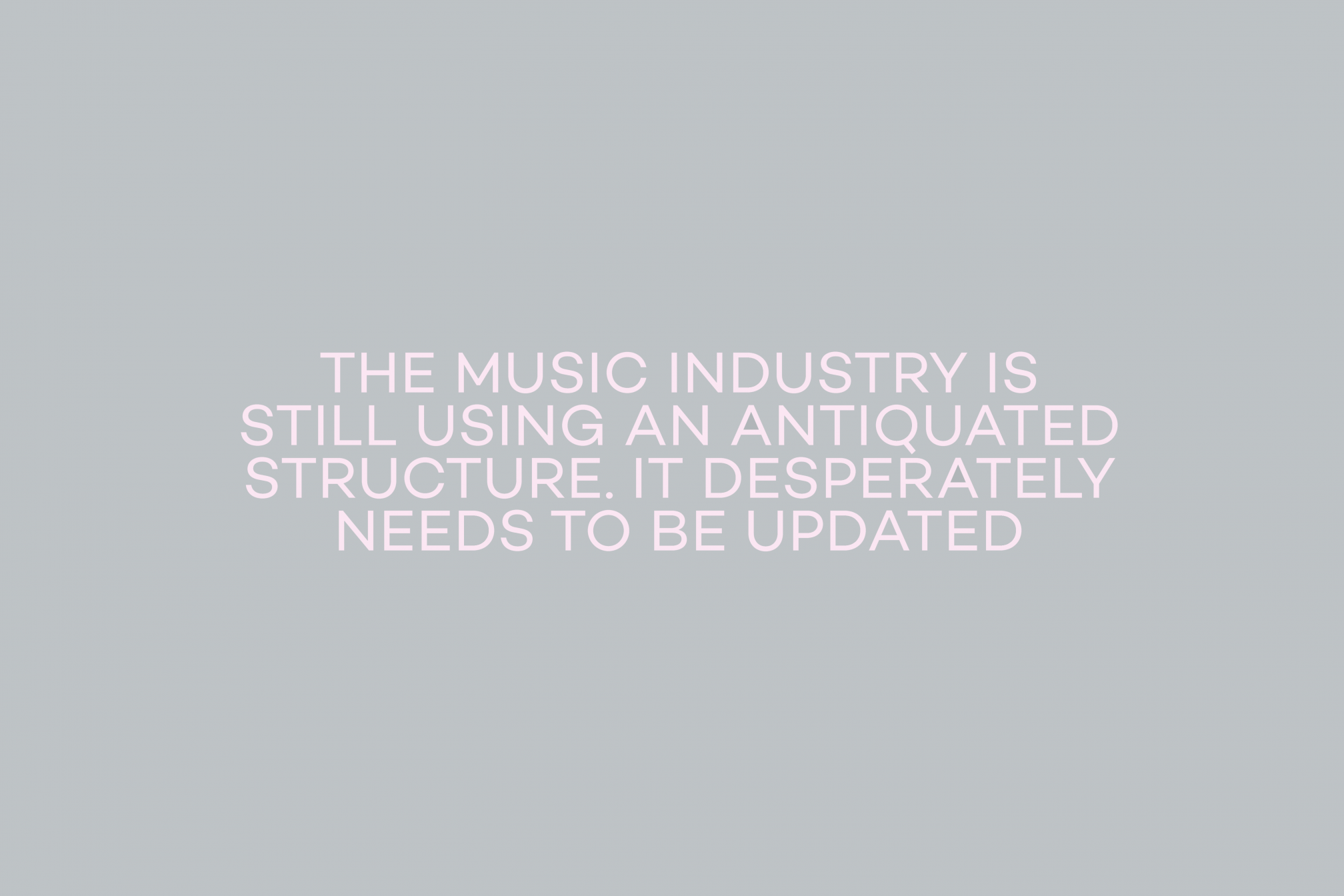 Theoretically speaking, if a track gets played in a club or venue where a licensing fee is paid to the performing rights organisations—ASCAP in the US, PRS in the UK and GEMA in Germany—the artist should receive a payment from the collection agency in that country. However, these potential club payments are nominal, and often slip through the cracks entirely due to the inadequacies of the collecting society databases. Currently, DJs have up to a year to submit a setlist and in some territories these can be submitted digitally, but in others it’s an outdated process that must be completed by pen and paper. If the tracks haven’t been picked up during the database collecting process, then the artists simply won’t get the cash.

Jeff Mills highlights the need for PRO reform. “If the publishing system worked the way it was supposed to, producers would be paid through the mechanical royalties by the event promoter submitting playlists and content usage. The music industry is still using an antiquated structure. It desperately needs to be updated.” For Mills, if a producer has made music exclusively for the performing artist in question, instead of something mass-produced that anyone can buy and is in the public domain, they can expect some sort of compensation. This outlook seems to point towards the key tension between a track being freely available in the public domain for anyone to buy and play, and a DJ of his influence choosing it. How can we reach a compromise which respects the DJ’s knowledgeable ability and hard-earned skill while taking into account the monetary gain that the influence represents for the producer?

Read this next: Jeff Mills has written 10 DJ commandments

The past few years have seen a slew of technological innovations that are working to oil the rusty cogs of the PRO machine. Since 2014, Pioneer and the Association for Electronic Music (AFEM)’s work on the Get Played Get Paid campaign has improved the music recognition technology in clubs and festivals used to identify the music played by DJs, while Pioneer’s KUVO technology registers metadata of DJ sets. BMAT install Shazam-esque physical boxes in clubs and in 2019, Beatport introduced Beatport LINK—a subscription service that allows DJs to stream the music platform's catalog of nine million tracks directly into performance software. “This removes the need for DJs, especially beginners, to rely on pirated content to DJ with, hence introducing revenue to the labels and producers that would have otherwise been lost,” says Beatport product manager Laren Agius of the software’s role in producer compensation.

Artists traditionally make very little revenue from online streaming—according to Digital Music News, the latest figures punch in at $0.00735 per stream on Apple Music, $0.00437 on Spotify, and $0.00069 on YouTube. So how can producers generate income from streaming? Fan-based subscription services like Mixcloud Select have recently started popping up, but are they a positive step forward?

Mixcloud Select adds an extra layer to Mixcloud, which is already a fully licensed platform—meaning that when any show gets streamed on the platform, the underlying tracks are identified through audio fingerprinting and royalties get paid to the artists, producers and other rights holders behind the music. “Mixcloud Select recognises the 'long form audio creator' as part of the online revenue mix for the first time,” explains Mixcloud’s head of communications, Lisa Roolant. “It gives people a chance to support the DJs, community radio stations, podcasters and curators they love to run their channel– as well as support the artists, producers and other people behind the music.”

She continues: “When you pay a small amount each month to support a channel on Mixcloud Select, a first cut goes toward the costs of rights holders in the music streamed on that channel– approximately 65 per cent. The channel creator keeps the majority of what’s left after those costs.” Roolant stresses that it’s up to the DJ or creator to ensure they legally source the music they choose to use in their mixes. “When a mix is uploaded, the DJ is asked to provide a detailed tracklist, while the platform also uses audio fingerprinting to verify and pick up missing tracks, which enables them to pay out the royalties.” 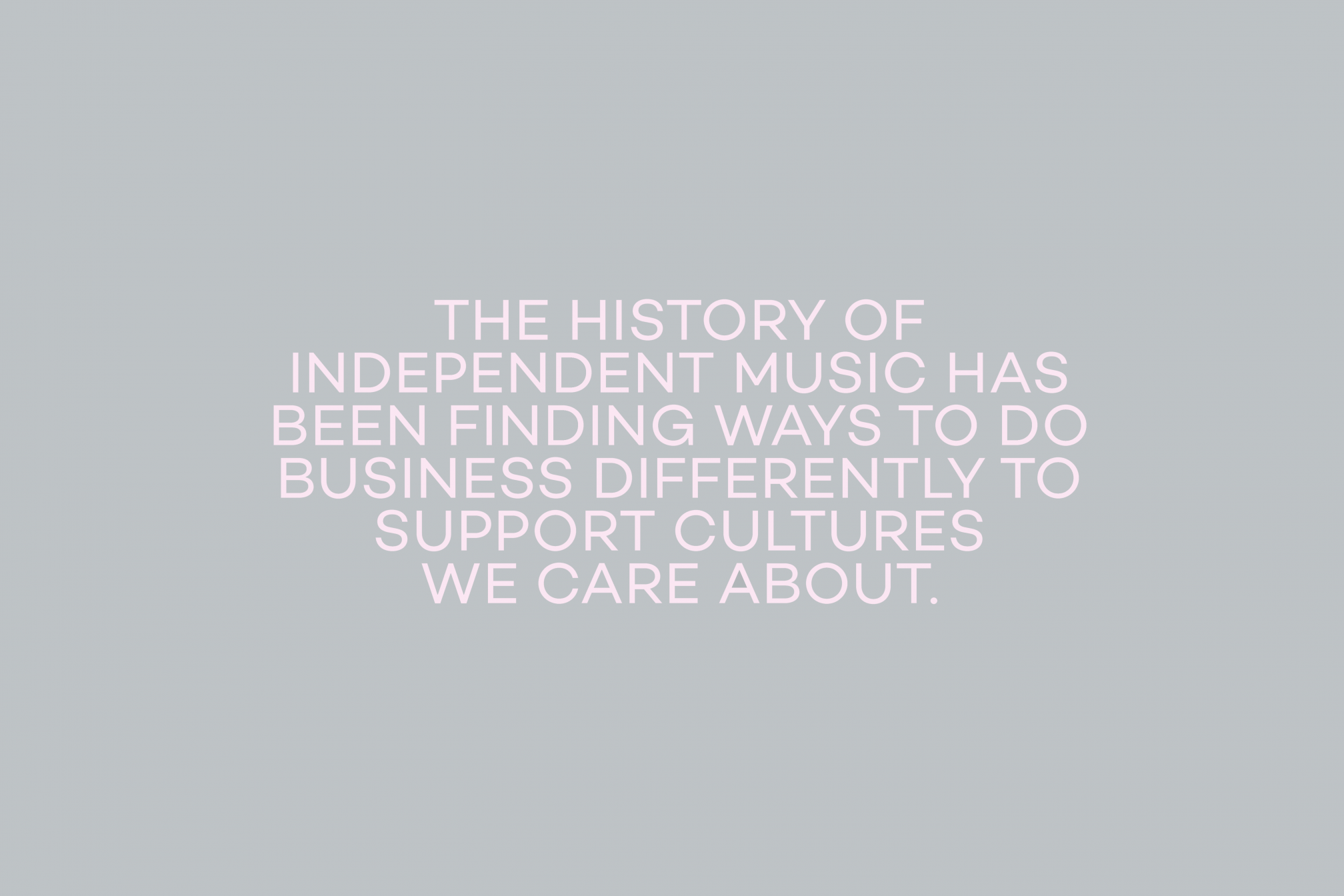 NON’s Angel-Ho suggests that fan-only subscriptions like Mixcloud Select are a way of helping to achieve better financial equality, but that ultimately they can detract value from the art. “When DJs play at festivals they get paid a lot of money, and the entertainment is part song selection and DJ’s mixing skills, so something to balance out the field would be amazing. Fan subscriptions and fan onlys are ways for us to earn money, but it really makes art feel disposable and unreal at times. It takes away the interest of engagement when adding a price tag to subscribe to one's art music.”

Just as music recognition technology and other cutting-edge advancements are helping to ensure more people get paid, major streaming services are simultaneously putting the brakes on improving songwriter royalty rates. Therefore, it feels even more important to devise a system of compensation that takes into account the various contexts in which recorded music is performed outside of home streaming.

“When it comes to how we ensure artists and DJs get paid fairly, I'd argue that the answer, unsexy as it is, is to unionize,” offers Lafawndah. “This would require a few major actors with skin in the game to lead with some initial leverage. How and what the terms should be are up to the community that is unionizing.” Dryhurst proposes working outside of the current system. “The history of independent music has been finding ways to do business differently to support cultures we care about. Why wait on PRO reform? I genuinely think that the first DJs to start experimenting with fee-sharing in the live realm, or with tools like Mixcloud Select, will see great benefits for doing so.”

Perhaps we need to find a middle-ground between reform and overhaul? DJing is crucial to the culture and art form of dance music, but it’s important we attach greater value to the art of music-making, whilst simultaneously respecting big-name DJs’ abilities to champion and support lesser-known artists whose tracks are out there to be played. As Mexico City-based Chilean DJ-producer Tomás Urquieta —whose track “The Curtain Fall” was played by Aphex Twin at Mexico’s Ceremonia GNP in 2019—says; “Once the track is ready it is a completely independent being separated from myself, so it doesn’t matter who plays it”. Urquieta sees value in each new mutation of his music, and that drives his own evolution forward.

The idea of DJs sharing a proportion of their fee directly with the producers whose tracks they might have played during a set feels like a faraway utopia, especially in an industry where the opposing interests of profit margins and low monetary value exist. A reappraisal of the royalties system is necessary, and a working, centralised database of tracks is essential, but as we saw a few years ago with the lack of traction gained by the weight Richie Hawtin threw behind the Get Paid Get Played campaign, it will probably take more than just one top-tier DJ to start shifting the goalposts.