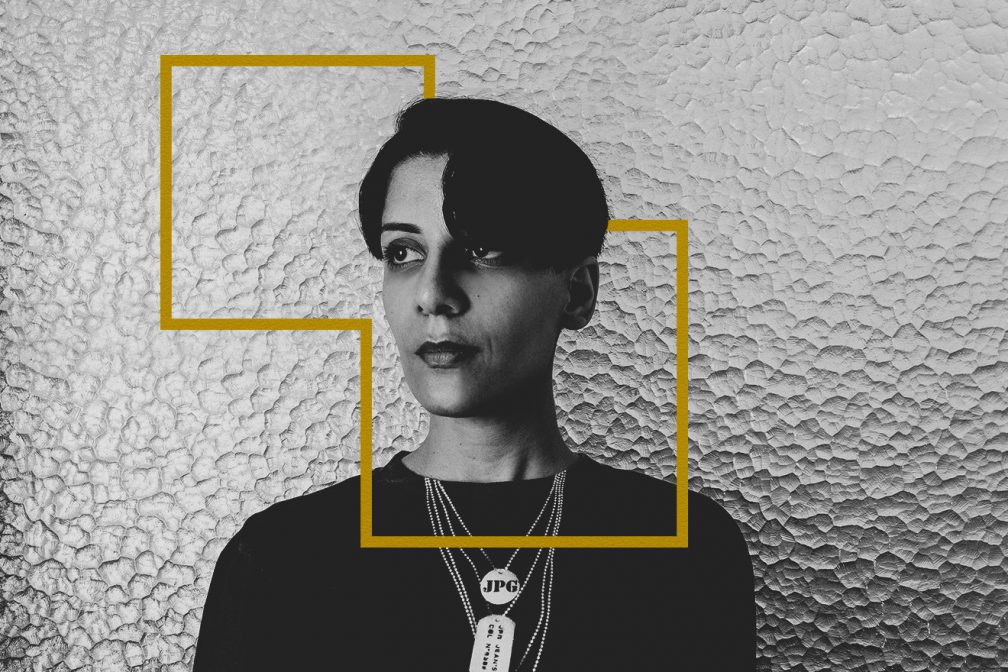 What drew you to this idea of the 'Brute'?

Brute is a kind of counterpoint to the word thug, and how people over the last two years have been speaking about thugs in the media. I wanted to title the record accordingly.

I feel like the two moods, the atmospheres of rage and despair, are not things that you gingerly step into. You’re kind of overwhelmed by them. When I’m in a really, really fragile state of mind I end up making music. I think I make music in really extreme situations like when I’m really elated or when I’m really down.

I had a knee injury last year. I was stuck in bed for a month, and I couldn’t walk. I was just reading Twitter all the time and following a bunch of activists. When you have an injury time stops, so you can really explore things in that time when you don’t have to hustle. The knee injury just made me pause. When I started writing material, part of the feeling was from my own temporary state of disability, then I started coming out.

I’ve equated the record to the casual streaming of news that you just referred to. There’s a weirdly passive involvement with this news that’s happening elsewhere.

I think it’s like anything. Back in the day when you were reading a newspaper you still felt helpless, you know? It’s something I’ve wanted to make a work about for a long time; about this fragile state of perceived democracy.

There is a perceived state of democracy coming from the non-Western world. America is always literally being sold to us as the promised land. I feel like this stuff has been really ingrained in me. My parents were both political activists. I was raised in an atmosphere where democracy was like this holy grail. Then when I got here, [America] I realized that that holy grail is like a fake alien body or something that you’re looking at on an operating table. It’s not real, it’s an idea.

So many things were coming together. There’s intersectionality in the subject matter. We’ve seen many, many, many times before the state’s relationship to citizens. It’s like a different fabric. It hasn’t changed. I’ve been reading [Michelle Alexander's book] The New Jim Crow and it's cementing everything that I thought was real, but with real facts and figures. Part of Ferguson was about that. I’m just one of many who has made a record about the subject of protest; I’m not the first and I’m not the last.

It’s funny how art can urge us to get these types of feelings out. There’s a really archival nature to ‘Brute’. What sort of research did you do? Or was it more of a collection from your casual scrolling?

I wanted to use more audio samples, but the more that I looked into it, the more I felt torn about which ones to use.

Were you looking for a sense of affectivity or context from the samples?

Not even. It’s just things that I found inspiring. It’s mostly about the samples being revealing of something.

What about the titles? They are quite precise.

I feel like if I were to give titles that were too abstract, that would make it more artful. It's unnecessary. ‘Brute’ is not a record about fantasy; it is one about reality. That’s why I felt that I had to give the most basic, literal and unambiguous sort of words. Maybe ‘Oubliette’ is the most foreign looking title, but it’s a kind of medieval French dungeon. The reason why I like it so much is because it contains the words ‘to forget’ and ‘prison’. The carceral state is this place where beings are cryogenically frozen, stuck in this place where time has no function.