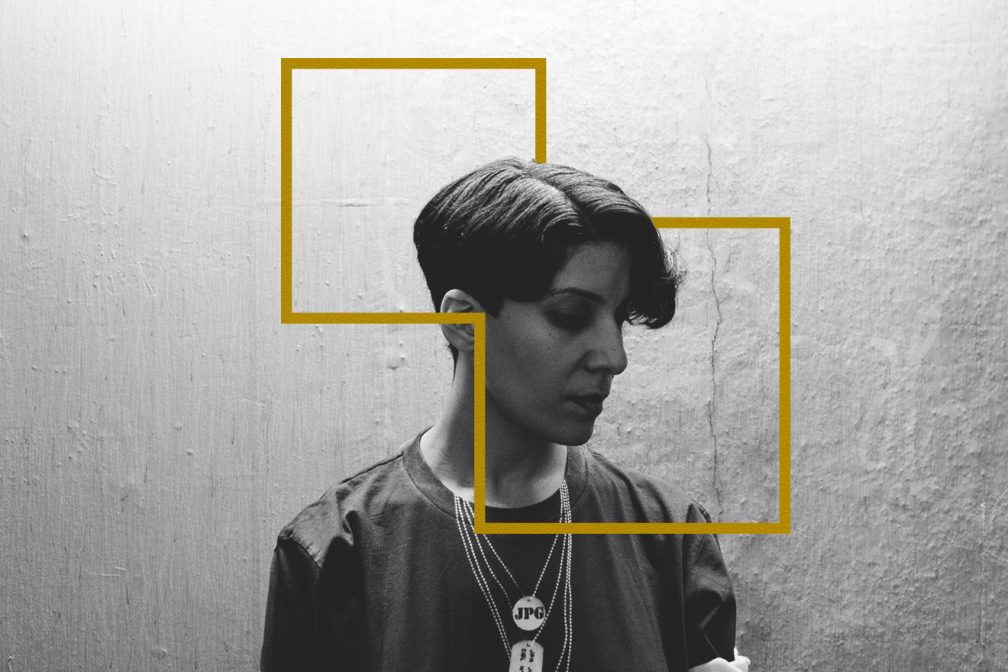 Yeah, it’s not just a physical place, it’s quite psychic, too.


Maybe that’s why so many prisoners turn to spirituality in prison, because their time becomes functionless. Seeking higher power can make that okay. We’re just so conditioned as human beings to value time. The closest I’ve felt to that was during the invasion [in Kuwait]. There were no schools, no hospitals, no banks. You just woke up everyday thinking, “How will I survive? Will I make it home okay?” I feel like people in that kind of state know that they are going to survive within a specific set of parameters.

I felt really claustrophobic listening to the record with all of the specific sounds that you chose from the walkie-talkie bleeps to sirens or even just vocal clips.

I definitely wanted that. I really hope that before I kick the bucket I get to make a film soundtrack. It sounds corny, but I want to create a world and set you into a context. And it’s a very unpleasant one.

Seems like you proposing a more pragmatic space instead of fantasy.

I think a lot of my life is actually conditioned by the notion of control. I’ve been obsessed with this since I was a little girl. It manifests here in a very socio-political way. I think you’ll really be able to delineate this notion of control once I have a larger body of work.

Through your own production you’re able to work your way through these experiences. ‘Brute’ in that way seems to deal a lot with the sound and architecture of that confined space. There’s a real physicality to the work that brings me to think of how [grime subgenre] sinogrime has been related to your work at points. Was that an influence here?

The interesting thing about sinogrime is that it was never defined while it was being made, it was defined after the fact. [Hyperdub boss] Kode9 coined it. I think music can exist in a number of ways and then be defined much later when you can gather and denote a pattern of some kind. I think you can make a case for sinogrime having existed because it is a motif.

For your cover you used a Josh Kline sculpture from his exhibition, Freedom. I saw the sculpture in person at the New Museum’s Triennial and was really disturbed by it.

I had been involved with that work. The Barack Obama video in the show had music that I had written for it. It was a version of The Star-Spangled Banner that I did specifically for the piece. So I was already very intimate with the work even before it was unveiled to the public. I actually saw it in person when it was installed at the New Museum in May, and I had already been writing the record for about two or three months. When I saw Josh I was like, “Josh, I need to use this Teletubby for my record cover."

It seems like every aspect of the record is entangled in this struggle between political systems and everyday living. Do you feel like art can be effective in politics and life?

That’s a hard question because I think about how the art is not just perceived but related to the audience. I’ve been influenced by a number of works in my life, and I feel like it depends on contact, access and knowledge. What’s most revealing about any kind of art is if it delves into a historical narrative. The more I learn about history, the more the shit that happens today makes sense to me. It doesn’t exist in a vacuum. It’s partially about educating the listener about the subject at hand. I can say that art has affected me, but I do feel like it can. Though there’s no definitive answer.

'Brute' is out March4 via Hyperdub