You've received loads of props from people like Jackmaster, Eats Everything and Patrick Topping. How did that come about? When did your relationships with them build and how did they grow?

I first knew Patrick through the promoter I was doing that room two residency for back when I was 17! Might sound like I'm giving that promoter props but let's not make it sound like that 'cause he wouldn't pay me anything or cover my taxis so I had to lend money off my mam to be able to play for him - bellend! I came out to see Patrick play a show in Sunderland and met him for the first time; I can remember standing next to him when he was DJing because I didn't know anyone else in the club, playing all of his productions and blowing my absolute mind. It reminds me of this time last year when I saw him play Bleaker's 'Jam' and it blew my mind so much I swear I started talking in tongues.

Patrick blew up and we started talking less, I'd start talking less too in that situation 'cause I can be quite annoying, but we ended up linking back up when I'd travel back to Newcastle to get my haircuts done and time that conveniently with when his Motion parties were. He started playing my tunes from when I made that Ricardo Villalobos 'Enfants' edit and then couldn't get me out of his inbox from then really. I met Jackmaster at a Motion party too, quite a funny story where I spent half an hour looking for a bottle of vodka for him and we wound up getting quite rowdy as a result of said bottle. He hasn't been able to get me out his hair since and he'd probably regret meeting me if I didn't make that Dizzee Rascal edit, which was actually his idea to make!

I met Eats 'cause Patrick was playing my tunes when they were touring America last year – we've just come back from touring America actually, which was pretty cool, we had a game where we kept trying to grab each other's crotches, so you could say that we're pretty tight now. 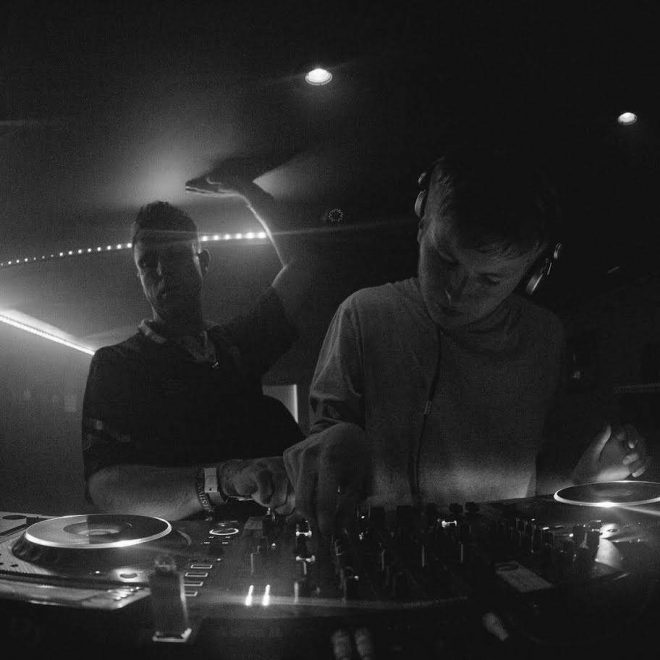 What's your relationship specifically like with Patrick? How was the b2b at WHP and how did it come about?

It's mainly Kanye West memes actually. There was a time when I'd add him into Facebook groups like Buckfast Talk UK/EU, Wetherspoons Talk, Greggs Talk, Facebook and so on and he said he was gonna stop playing my records, but he must've been joking since people only come out to his shows to hear my tunes anyway. You could say that I made that bitch famous.

What's your release policy, you seem to wait to release a lot of your bangers. Seems like that's the key to your success right now.

I think I'm actually a bit scared of releasing music in a way. I see loads of people accidentally wind up with a reputation as an X label, Y label guy and loads of labels fall victim to being the 'sound of their time' and drop off when that sound inevitably changes. I think my release policy is to release things with the right people at the right time, just so far the stars haven't aligned much on that and I wanted to get my management in place until we moved forward on releases. I have 18/19 hours of music under my name and various aliases in my Rekordbox, and I've been through a few different laptops so that 18/19 hours is music that I'm actually playing out – which is pretty mental.