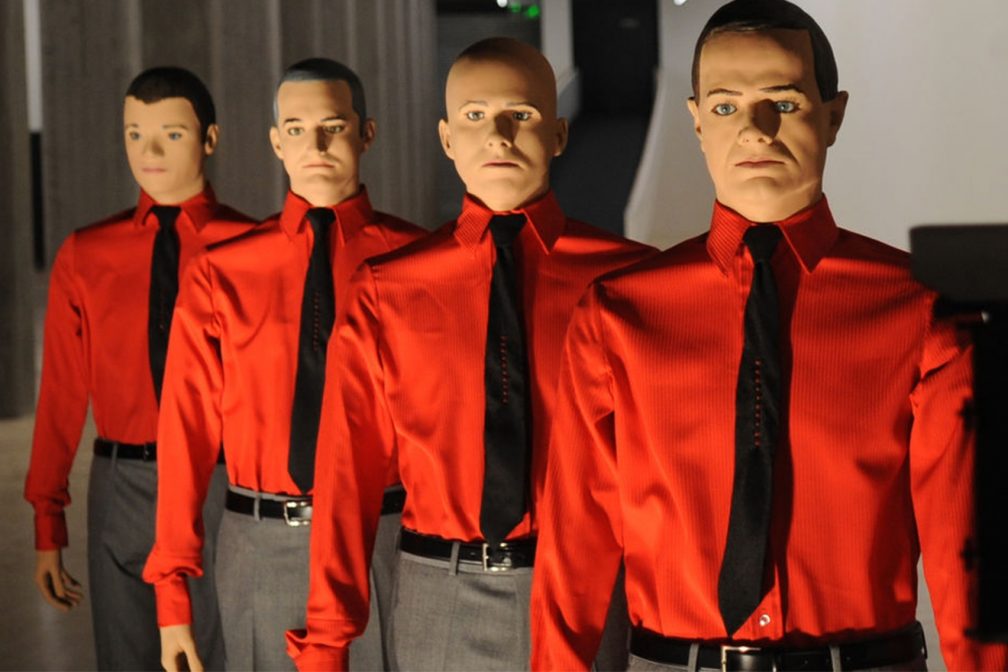 Despite having been nominated for Best Rock Instrumental Performance in 1981 and Best Electronic/Dance Album in 2005, the celestial and paramount foursome that is Kraftwerk have yet to win a Grammy.

In an effort to correct this atrocity, The Grammy Academy handed their “Lifetime Achievement Award” to Kraftwerk in 2014, honoring the flagship group that is responsible for the nativity of electronic music. Period.

Fortunately, Kraftwerk has a chance to take home the gold this year after receiving a nomination in the category “Best Electronic/Dance Album” for their latest LP ‘3-D The Catalogue’. Fingers crossed for Kraftwerk! Mixmag is rooting for a win.

After taking home their first Grammys in 2009 for 'Alive 2007' and 'Harder, Better, Faster, Stronger', Daft Punk made a triumphant return with their 'Random Access Memories' album, which enlisted icons of the scene like Pharrell, Giorgio Moroder and Nile Rodgers.

Despite the album's mixed reception, with such strong talent on board, it's no surprise that the album ended up winning the Best Dance/Electronica Album, but shocked many when it ended up also sweeping one of the awards show's biggest categories: Album of the Year. The album dominated over other pop heavyweights like Taylor Swift's 'Red', Macklemore and Ryan Lewis' 'The Heist' and Kendrick Lamar's 'Good Kid, M.A.A.D. City'.

The album's hit single 'Get Lucky' also swept across the board for Best Pop/Duo Group Performance, and again surprised many when it brought another big category win for Daft Punk with Record of the Year, beating out Lorde, Bruno Mars, Imagine Dragons and Robin Thicke and T.I.

While there have been many leaps forward in establishing electronic music as an essential fixture at the Grammys, this video perfectly summarizes the long road that still lies ahead.

When Aphex Twin won Best Electronic/Dance Album in 2015 for his album 'Syro', the announcer confused both Richard D. James' famous moniker and the album title while simultaneously mispronouncing both.

Despite this, James got his sweet revenge when the bizarre and warped vocal noise track '10 SHIT SMOTHERED' starting playing over the auditorium's loudspeaker - creating an beautifully uncomfortable and confusing moment for everyone in attendance.