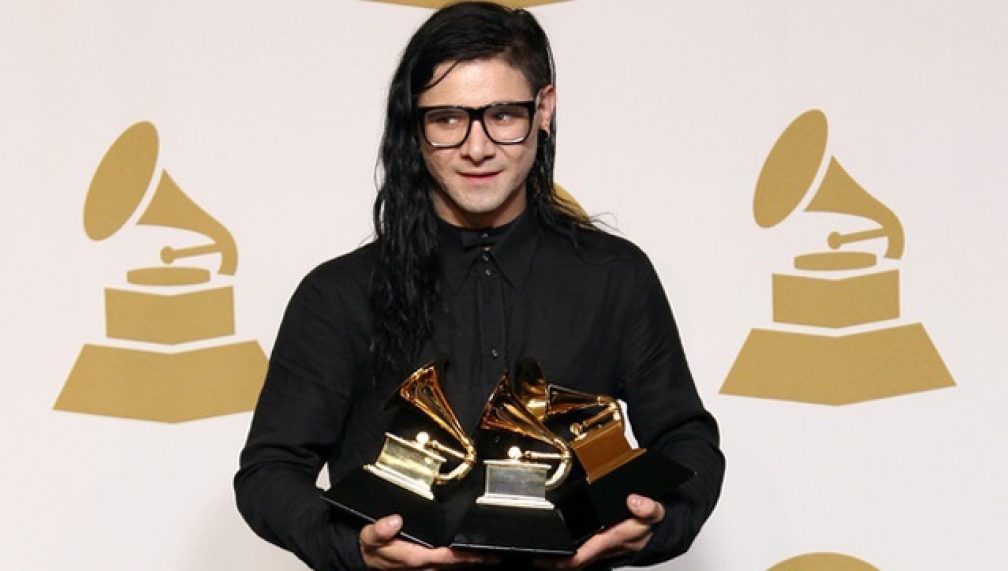 In 2012, Skrillex won three Grammys for Best Dance Recording, Best Dance/Electronica Album and Best Remixed Recording in 2012, causing quite a stir - both on supportive and opposing sides - with his award show sweep. But regardless of personal opinions on his music, Skrillex's wins demonstrated a growing interest and respect for electronic music, resulting in a newfound, widespread understanding of electronic dance music.

Of course, in the years that followed, Skrillex has gone on to become a pop icon of sorts, working with the likes of Justin Bieber, Incubus and winning a record-breaking eight Grammys total, retaining the title as the electronic artist with the most Grammys to date.

2013 was a huge year for EDM anthems: Avicii's 'Levels', Skrillex's 'Bangarang', Swedish House Mafia's 'Don't You Worry Child' and Calvin Harris' 'Let's Go' were all nominated for the Best Dance Record of the year. But the world gawked at one name nominated in the category that appeared alongside these EDM gargantuans and everyone asked, "Who is Al Walser?"

Nominated for a song called 'I Can't Live Without You', the Los Angeles DJ immediately became the subject of scrutiny from the electronic genre, who (mostly) had never heard of the guy before his nomination. At the time of the nom, his Facebook page had less than 2,000 likes and the official video (a cringe-worthy experience entirely separate from the actual track itself) for the nominated track had under 7,000 views, confirming that the masses had no idea who Al Walser was.

As it turns out, Walser was essentially an unknown name who had played the system right. It was later uncovered that to score his nomination on the Grammy ballot, he had extensively poked and prodded members of the Grammy voting committee, sending over 7,000 promo emails on Grammy 365, a private social networking site for voting members. "The bottom line is he got the votes," says Recording Academy Vice President of Awards Bill Freimuth. "He was able to convince enough of our voting members that his recording was of a quality that deserved a Grammy nomination."

In the end, the Walser debacle served as definitive proof that the Grammys are still struggling to figure out what the hell dance music is all about.