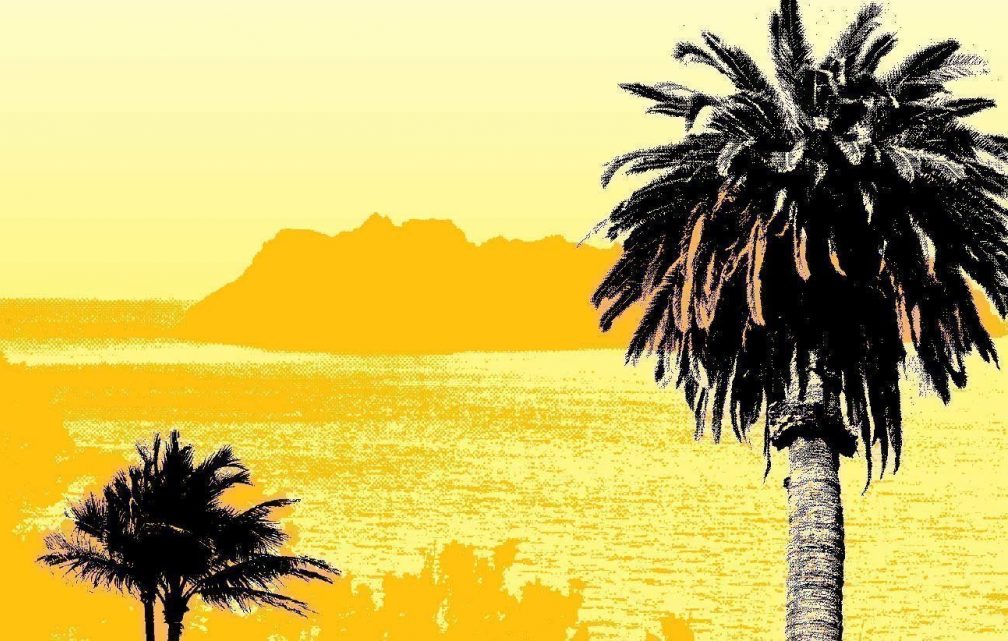 "The first trip to Ibiza was done in a post office van. We'd shaken hands on a offer to do a residency playing live at Amnesia, but soon after getting off the ferry we realised the promoters weren't around. There was no residency; no money, credit cards or mobiles, either. We spent a couple of weeks in the garden of an Ostrich farmer making mixtapes in his caravan to try and get work. Then Interpol turned up, because it turned out there was more money being made from acid than ostriches. The only food option was bypassing the tills of supermarkets. Wandering the beaches, we found a friend of a distant friend. He gave us the diesel money to drive home. He wanted to be a DJ and so as a thank you, I said I'd do a few tunes for him back in London in whatever style he was into. Which is how I ended up doing some tracks under the name Qattara, and how, after shedding real tears at the Calais ferry terminal, we finally got back to Brixton."

"I can't remember if it was my first summer, but it was a good few years ago now, and we were at my villa one morning after a night out at Space. I had a bunch of friends over – Peace Division's Clive Henry and the crew, and Rocky from X-Press 2. I was outside chatting to Clive; Rocky was inside talking to friends of ours. All of a sudden, I heard a huge bang and turned around to see Rocky lying on the floor looking shocked – figuratively. Because my villa is Ibizan, the electrics are typically Ibizan! There was a wire sticking out of a socket, just oozing with electricity, and Rocky had leant on it. I remember thinking, 'Please, I can't be responsible for killing half of X-Press-2!' It's a story we can all laugh about now, but at the time, Jesus, it was scary!"

"My first time on the island was for a gig. When I landed I had to head straight for an interview with Channel 4, so I had to remain disciplined and keep my sensible head on, which was very difficult as I was there with a couple of pals who were raring to go! At the end of the gig, little did I know the night had just begun. I remember getting bundled into the boot of Adam 'Trophy Twin' Ramsden's car – I was the smallest, so drew the short straw – and we headed off to DC10 singing along to Wham's 'Club Tropicana'. When we first stepped into the club I remember seeing 200 or so of the most weird and wonderful characters I have ever come across. My advice to anyone going to Ibiza for the first time is to keep plenty of energy stored in your tank, as you never know what's round the corner!"