Time was when the most that Ecuador registered in global clubland was onEuro-house group Sash!’s hit in 1997. The video featured a chagra – a cowboy of the Andes – shouting the song’s only word, “Ecuadooooooor”, over an insidiously catchy piano hook. That’s not so true any more. On a Friday night in the capital, Quito, a showcase of the country’s electronic new wave is at full tilt. Dancers in mesh tops and tiny techno sunglasses twerk to a deconstructed mix of reggaeton and trance from multidisciplinary artist J0.ya. Co-founders Nicola Cruz and Fidel Eljuri follow with a bracing mix of cumbia rhythms and acid techno, as a light-up Virgin Mary figurine glows rebelliously between the CDJs.

This is the sixth La Sagraria, an event thrown together at the eleventh hour whenever Cruz and Eljuri are home from tour. It’s held at La Ideal, an arts space and the closest venue you can find to a quality club in Quito, a sprawling city encircled by a teal-green valley of volcanoes. “It’s a pagan party,” says Cruz; “you know, come and dance around the fire, be free.

“We are not happy with the oppression here”, he continues, describing a country still under the watchful eye of the Catholic church. “They say we have an estado laico in Ecuador [a secular state that isn’t governed by religion] “and yet that’s not always the case”. 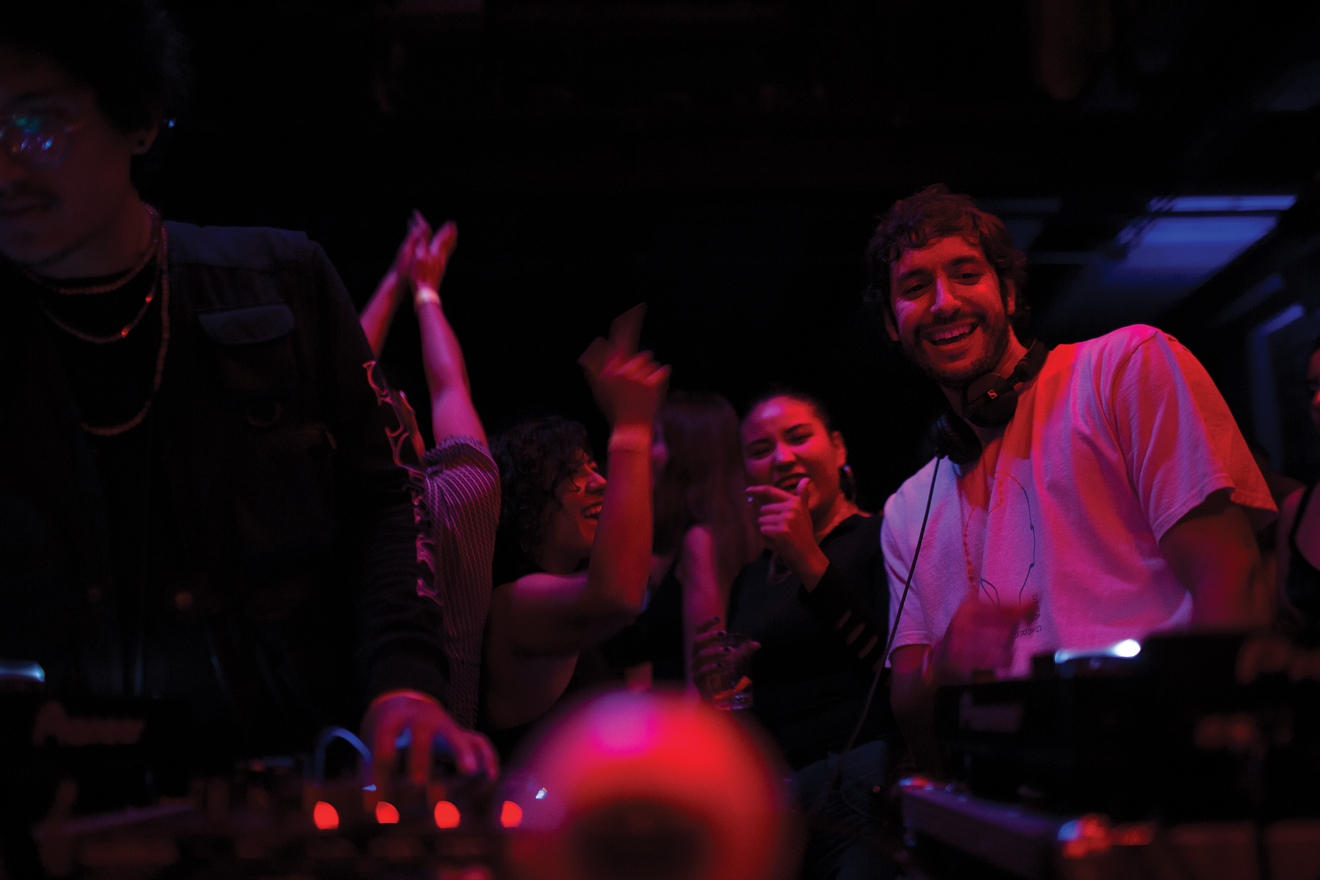 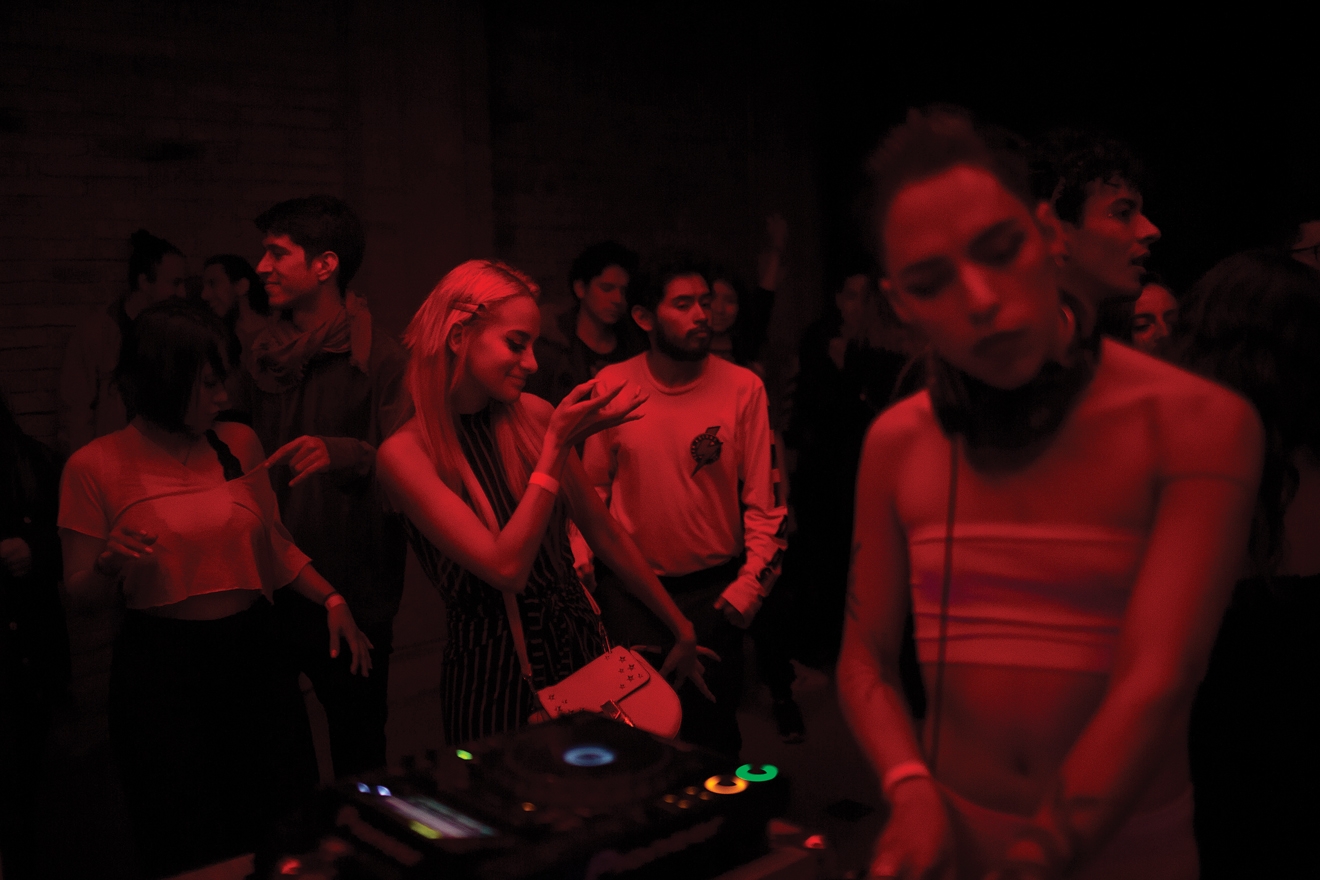 More than 20 years after Sash!, there is perhaps a streak of irony in the fact that the city’s leading party is partial to a piano arpeggio: Cruz and Eljuri’s music policy is a vociferously miscellaneous, experimental grab-bag that you could find in New York, London or Berlin but with a distinctly Latin-American flavour and an everyone’s-welcome spirit. The DJs play on the floor in the round, under a striking halo of lights designed by visual artist Eljuri, “because it’s more inclusive”. J0.ya is one of the few trans artists in the city. But unlike other parties of this kind, whose gender-neutral door policies can often breed its own kind of elitism, the crowd here is mixed.

“It’s a party that invites you to come with no prejudices,” says Cruz, “one which brings the LGBT and the straight community together.”

This, it must be said, was not what Mixmag was expecting – not least because Ecuador has largely been left to its own devices. It’s a hidden gem, says Cruz, one that “people usually skip when they fly to South America” in favour of neighbouring Colombia or Peru. But in the past few years there’s also been a growing spotlight on the music from this country – and across Latin America – that blends folkloric traditions with contemporary electronica, on labels like ZZK, Multi-Culti and Wonderwheel Recordings. There are hundreds of young people in Ecuador alone who are making downtempo music like this, and it’s the complete opposite of La Sagraria’s fractured, post-whatever beats. 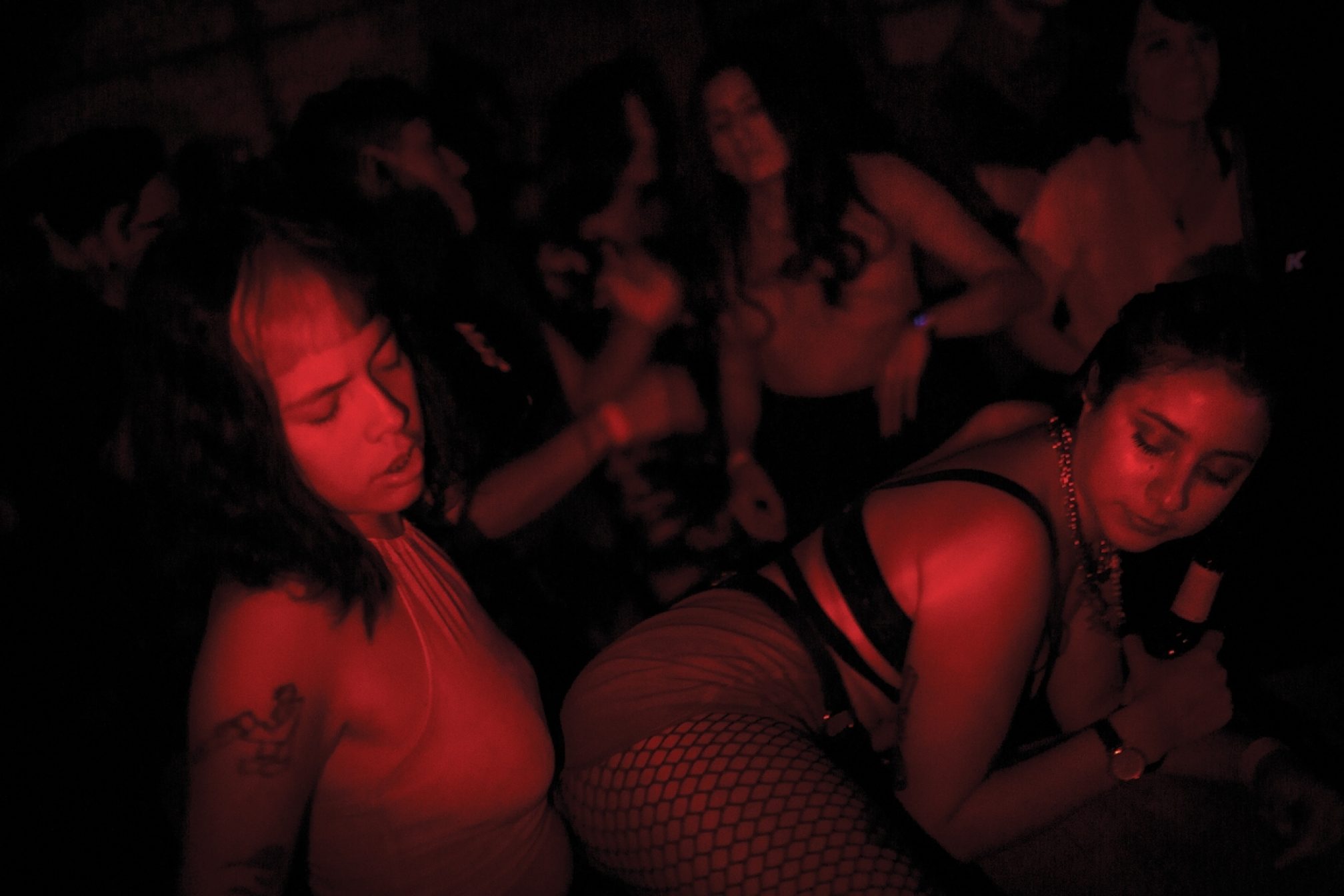 Nicola Cruz is the country’s breakout star: he was named one of 2019’s artists to watch in The New York Times and has played at festivals like Sónar, Worldwide and Fuji Rock this year. His most recent albums, 2015’s ‘Prender El Alma’ and this year’s ‘Siku’, take roots music of the Andes and add Afro-Ecuadorian influences, using native instruments like the charango, a type of lute, and the siku pan-flutes of the title.

Ecuador is rich in indigenous culture, and since its dictatorship ended 10 years ago, Cruz has gently led a shift among young people towards embracing their pre-colonial roots. “Ecuador has always been very racist,” he says, “but this music flies in the face of that – it’s beautiful.” His sound has taken off, unprecedentedly, and Cruz says now he gets 20 new tracks in this vein from local musicians in his inbox every week.

Cruz says that Ecuador’s relative isolation has helped to encourage young producers to have no boundaries, and Quixosis – aka Daniel Lofredo Rota, a Quito electronic artist currently living in Berlin – agrees. “Ecuador can be a very difficult place to be an artist,” he says, “especially due to the fact that we live in a very small country. We simply lack the population to foster mass culture phenomena.” But he says it also means they can “exist in a tangential space, outside the mainstream in every way”, and without feeling the need to bend to trends like reggaeton. “Thankfully,” he adds, “we still have certain ‘islands’ free of 'Despacito' and EDM pop.”

He adds that “the lack of financial opportunities has always given our music and art the undertone of being ‘authentic’” – though clearly the scene’s links with the ancient rituals of indigenous culture (ayahuasca, anyone?) also appeal. Mateo Kingman, however, argues that what binds him and his peers is not just a spiritual interest but the influence of nature. Kingman is the Adam Ant-style frontman of modern folk group EVHA, has just released his second LP with his solo hip hop/electronic project, and is DJing at La Ideal in a few days. He grew up “surrounded by indigenous people” in Macas, a place where the Amazon meets the Andes – though he emphasises to us that he didn’t “live like Mowgli”. 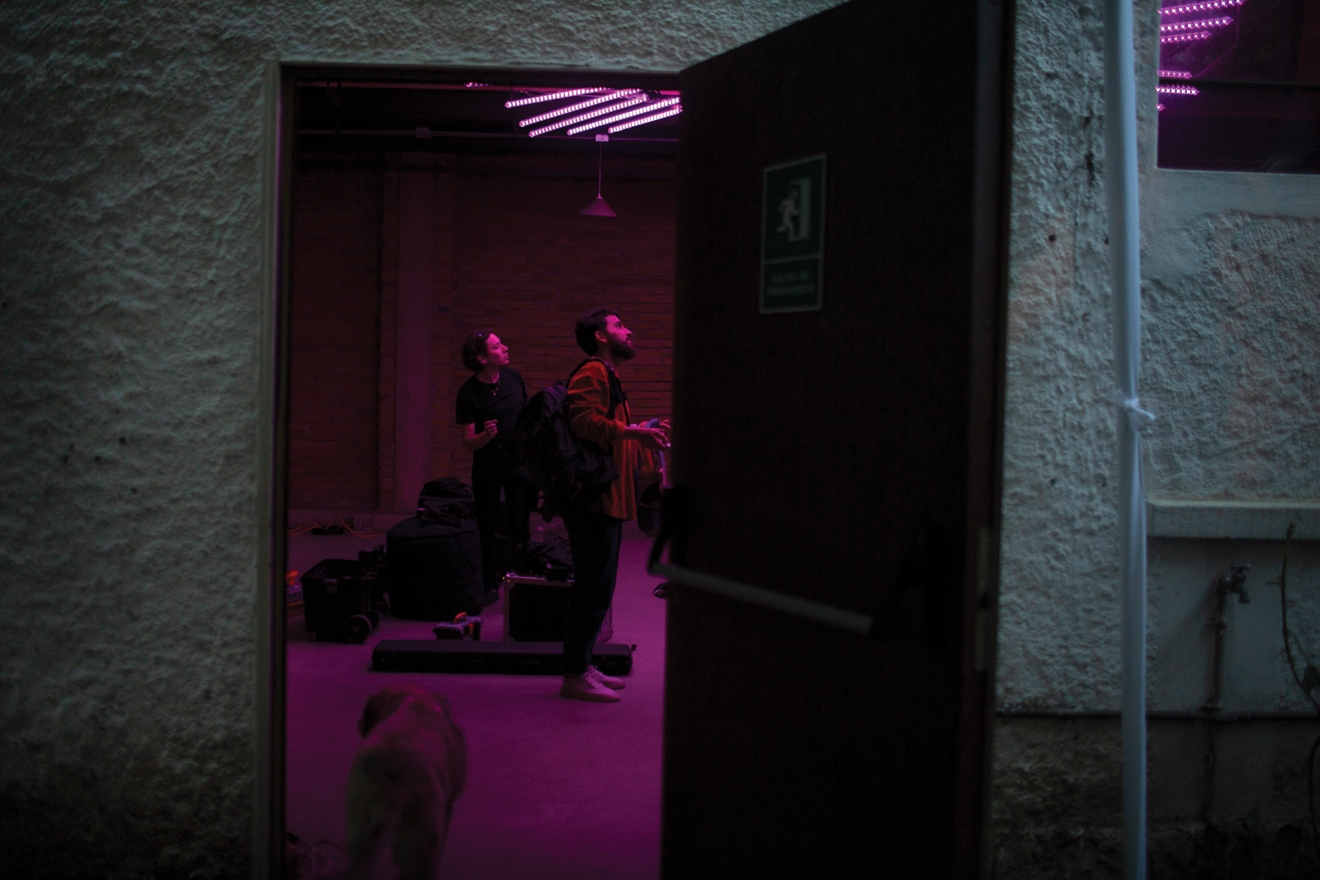 “Nature is the essence of my work,” he says. Most Ecuadorian music, he says, “comes from the pentatonic minor scale. It’s the scale that’s most connected with the body and to nature.” Cruz, meanwhile, is heading to Ecuador’s Galapagos Islands to record his third album in October. “I think you can hear how inspired I am by nature in the music,” he says. He enjoys how “you find lots of repetitive patterns in nature, and it’s organic; techno is the opposite, it’s very technological and synthetic.”

It’s interesting, too, that this cultural exchange doesn’t always work both ways. Mateo says his indigenous friends like his music because of its contemporary elements, not its ancestral ones: “They want reggaeton and techno-cumbia,” he says. “They dance reggaeton in their parties.” His sentiments are echoed by another artist we meet at La Sagraria, Mala Fama, who is from an indigenous community in nearby town Ibarra. Cruz brought Mala Fama over to support him at a recent show in Brooklyn, but Fama says Cruz knows more about traditional music than he does and that he’s not spiritual. He’s more interested in pushing the boundaries of acceptable taste: at the last La Sagraria, where he DJed, a woman asked him to stop playing when he started mixing Kylie Minoque into Korn. 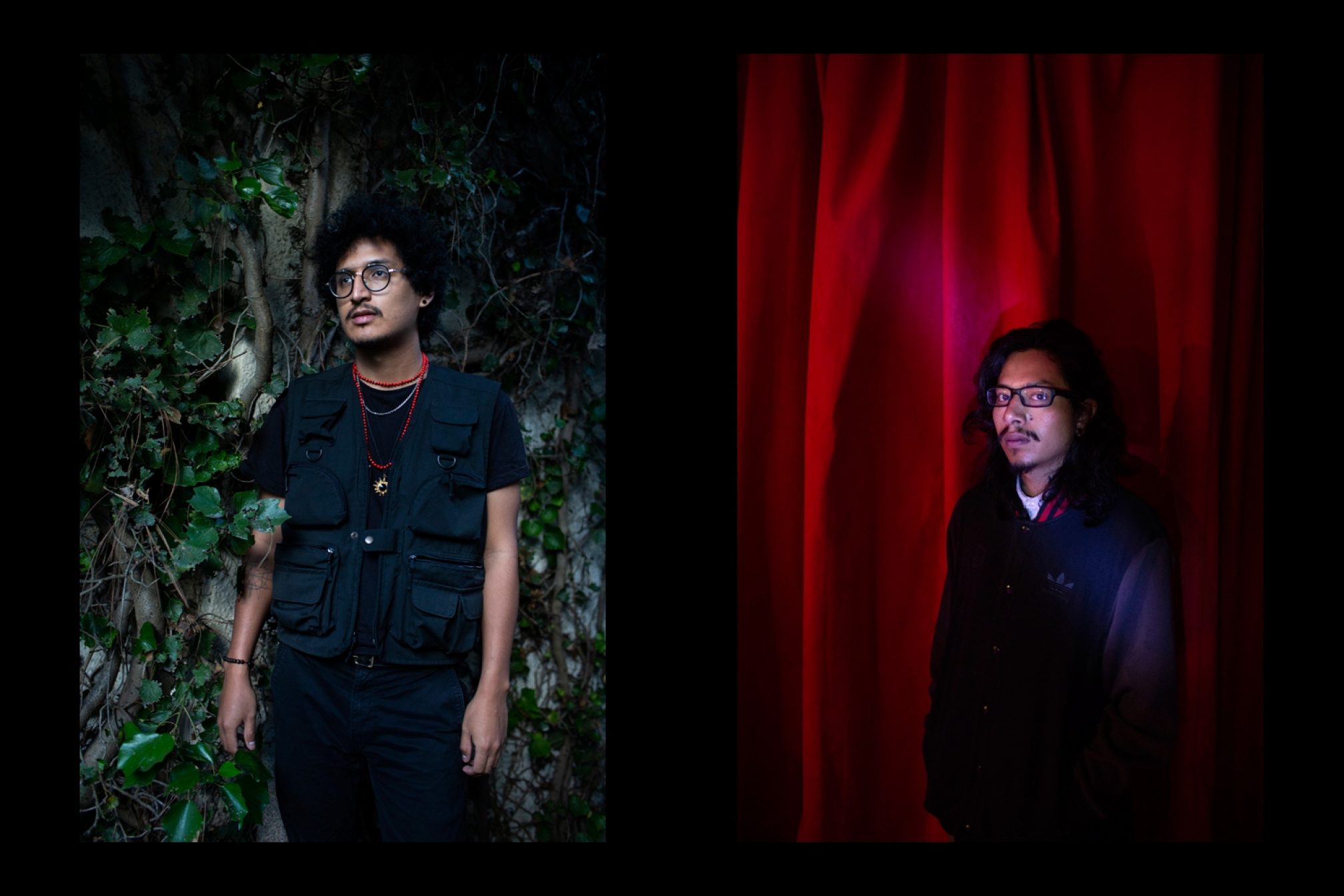 For Cruz, La Sagraria is a chance to explore that contrast. His sound has been jokingly dubbed “poncho techno” or “shamanic house” and his crowd in places like America and Mexico called “Tulumites”; easy to see why he might want to distance himself from clichés. Indeed, his live show, as seen at this year’s Sónar, is darker and more experimental than ever. His popularity is such that he could have easily relocated to one of the main dance hubs abroad, but he prefers to stay in Quito and bring his outside experiences back home, away from the Eurocentric dominance of most of dance music.

J0.ya agrees: her party, SinVergüenza, is a safe space for young queer and trans Ecuadorians. “A lot of people left the country to study and came back,” she says. “Now they want to make things happen here.”

There have been long-running parties for years in Ecuador – revered DJ Pancho Piedra’s Tripy Tripy festival in Cuenca, now in its 16th year, being one – but La Sagraria and SinVergüenza are leading the next generation: tiny acts of subversion against the country’s rigid conservatism. J0.ya downplays her role, but her visibility is important.

“She’s breaking taboos,” says María Puente Silva, whose husband Felipe Maqui co-runs La Ideal. “There are many taboos here about sexuality, about women’s needs – like our right to abortion or how we manage our kids. Here, I wear a mini skirt and people look at me. The cultural scene is small and people who are trying to break these barriers, they are fighting. It’s hard to get a crowd [at their shows] because their lives are different to other people. This crowd is really engaged and about the message – and that’s quite rare.” 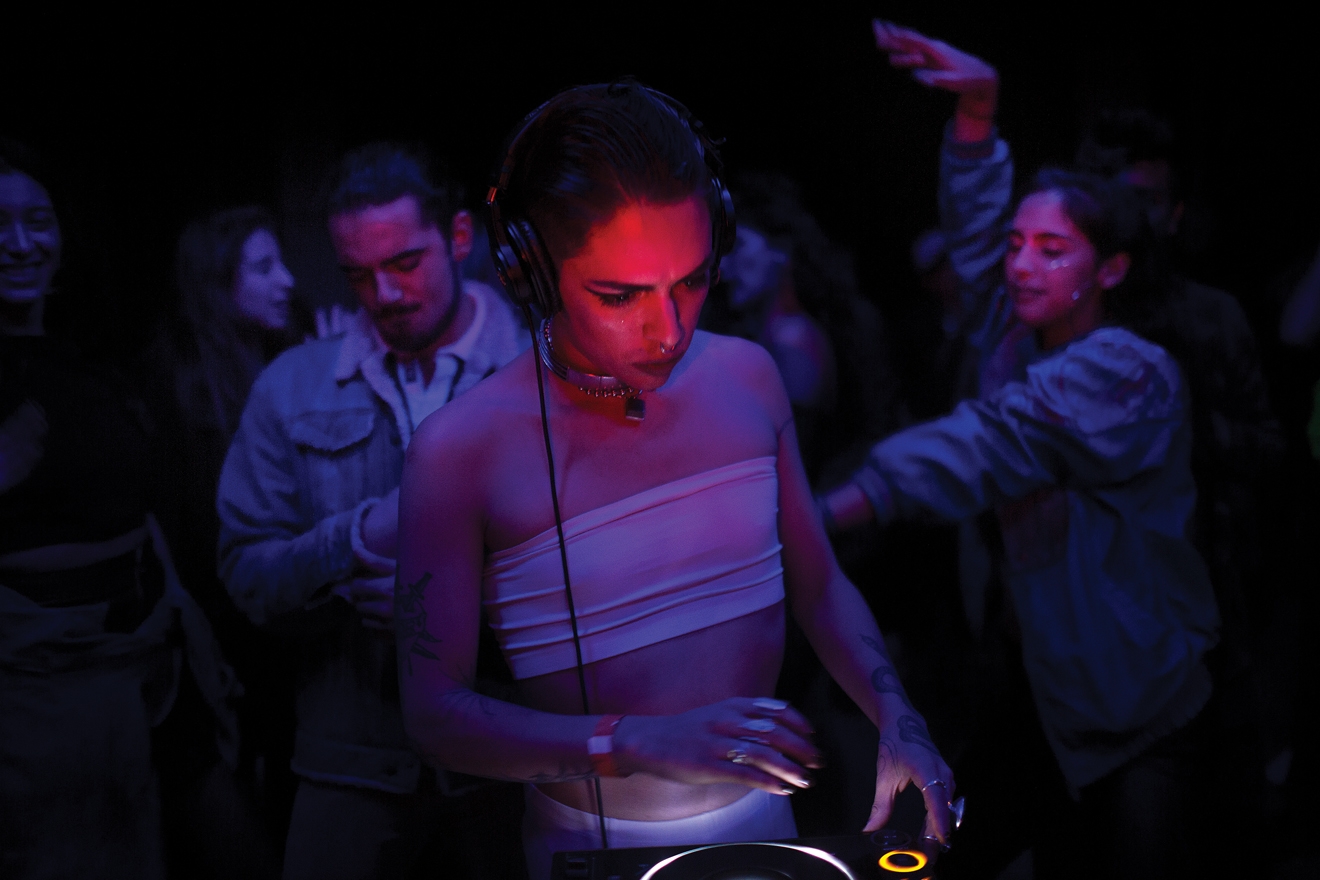 Cruz and his crew, however, see a positive future for their scene. While Rafael Correa, who was President of Ecuador from 2007–2017, put a 2:AM curfew on the whole city, those restrictions are lifting, bit by bit. They are hopeful for the new, nightlife-focused mayor in Quito and, says Cruz, “things have begun, very slowly, to be a bit looser.” Tonight, La Sagraria goes on until way past 4:AM and Cruz spins everything from ESG to Optimo via La Bamba (yes, that “a la la la la la bamba”).

Maybe isolation really does breed integrity. Earlier in the evening, a brewer called Java hands us a bottle of home-distilled Pájaro Azul, a type of Andean brandy, as a gothic-looking duo blasts confused onlookers with chiptune. Java had no idea what to expect, or why there’s a noise act performing, but he remains open-minded. “When you’re growing a garden, it takes several trials to figure out what works,” he says. “It’s part of the process.”

Deep central: Panama and Costa Rica are undergoing a clubbing revolution Reclaiming Medellín from gang rule has transformed the Colombian city's music scene
Brega funk is the music of Recife that's taking over Brazil
Get the best of Mixmag direct to your Facebook DMs