Are pills stronger than ever, or just more dangerous? Does 'molly' actually contain any ecstasy? And what's a 'precursor'? This is what's happening with MDMA in 2015.

It's 27 years since MDMA hit the front pages of British newspapers, and for a drug that's so widely consumed – only cannabis, alcohol and cocaine are more popular – it's still something of an enigma.

In 2015, though, the story is not only mysterious, it's as complex as it is confusing and contradictory. As the MDMA market matures, it is splitting, with dirty, contaminated and downright deadly pills at one end of the scale, and dangerously high-dose tablets and unprecedentedly pure crystals at the other. Both these scenarios can pose risks and (let's be honest) offer enormous pleasure to users. In this feature, we've asked experts in the fields of chemistry, medicine, and clubbing to help you navigate the ever-changing landscape of ecstasy in 2015.

Right across the EU supplies of MDMA are abundant, say users, dealers and testing services. Pills are stronger and cheaper; crystal MDMA is plentiful and widespread. The reasons are complex, and involve economics, geopolitics and law – but at the root of every drug story there's a chemistry lesson. Synthetic drugs are produced by converting from one chemical to another. In the case of MDMA, the most important chemicals are known as precursors. Think of them as the flour in a loaf: no flour, no dough, no bread.

One of the easiest ways to make MDMA is to use an essential oil called safrole, which occurs naturally in the roots and bark of the yellow camphor tree, found in Cambodian rainforests and elsewhere. The UN has targeted the trade repeatedly in the last decade, with the noble aims of protecting the rainforest, which is being chopped down by the gangs that steam-distil the oil out of the bark in giant, bubbling cauldrons in jungle labs. The UN burned 33 tonnes of it in 2008, which caused a worldwide drought of MDMA and the emergence of mephedrone as both gangsters and clubbers looked for alternatives. In September 2010, 50 tonnes were burned in Thailand.

"...a cheap and highly pure supply of potent drugs brings its own heightened risks."

Another way to make MDMA is with a chemical called PMK. That's also banned, but in 2012 canny chemists learned to make a pre-precursor, and bought boatloads of it to the EU. PMK-glycidate can be easily converted to PMK and is legal. One ecstasy lab operator told us: "Our lab switched to ethyl PMK glycidate. This was an unwatched precursor that we were able to source from China at a very competitive price."

That's why since around 2012, the market has been flooded with high-quality product. That might feel like good news, but a cheap and highly pure supply of potent drugs brings its own heightened risks. Which brings us to… 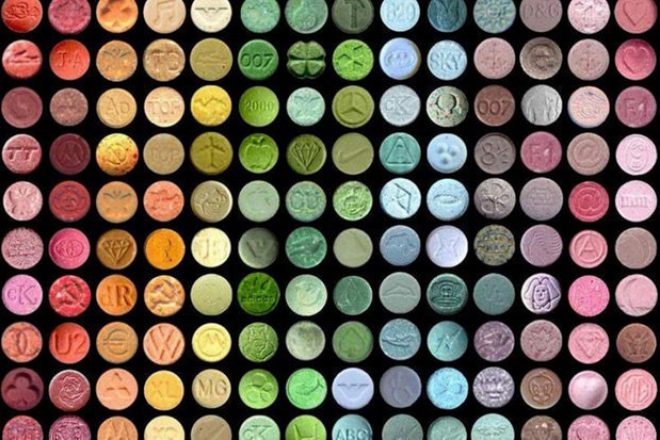 Misty-eyed ravers claim everything was better back in the day: the music, the vibe, the drugs. That's debatable. But one thing that was inarguably better back then was the way people took ecstasy: they approached it with more caution. Few, if any people took handfuls of pills, and poly-drug use was far rarer than it is now: ketamine was non-existent, and cocaine was for yuppies.

'Harm reduction' was a rational approach to drug use that accepted that some people will use drugs, whatever their legality. It led to innovations like free water in clubs, chill-out rooms, and medical staff on-site. But in recent years, that has often gone by the wayside.

Martin Barnes of the charity Drugscope said in a statement: "Back in the early 1990s … there was a body of public health knowledge that would have helped protect people and probably saved lives. Much of that knowledge – for example, not increasing dosage and not allowing the body to get overheated – is less known to many of the current generation of club- and festival-goers."

His colleague Harry Shapiro says politics is partly to blame. "The political climate in England is less amenable to the concept of harm reduction. Also, venues are more wary these days of allowing drugs in because of fear of licensing problems. Meanwhile the return of unsupervised illegal raves attracting young people who can't get into mainstream venues – present another potential danger."

Professor David Nutt agrees that politics and media scare stories are to blame for a dearth of quality information on drugs. "It's too politically sensitive. It's easier just to pretend that the fear of death scares people off using – even though it doesn't. The impact this has had on users is that they face more harms. "

Fiona Measham, a criminologist from Durham University, tests pills at The Warehouse Project in Manchester. Projects such as hers, which uses a laserbeam scanner to identify drugs, are a radical updating of harm reduction and should be applauded. "It's not enough just to do the drug testing, though," says Measham. ""There also has to be the infrastructure to get that information to users and for that to be part of a wider harm reduction package by trained professionals on site." 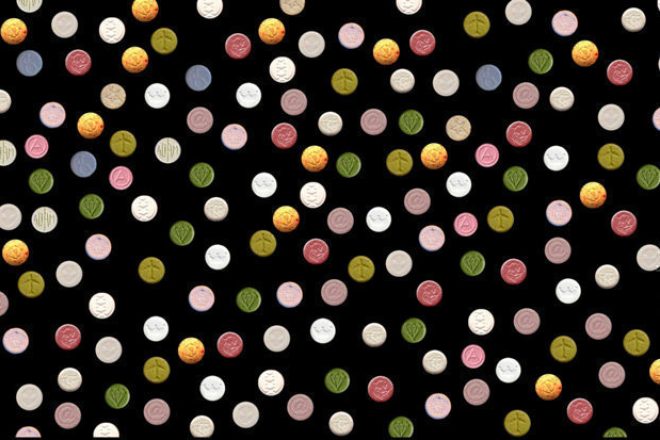 Since Mixmag first reported on the wave of deaths caused by PMMA and PMA, there have been dozens more fatalities. The latest bout came in Suffolk and Telford over Christmas and New Year, when four men died after taking Superman logo pills, which contained very large doses of PMMA, a drug related to MDMA but which is far more toxic. It's normally dosed at 25-50mg; the Superman pills contained 173mg.

The chances of getting a pill with PMA and PMMA remain small – but the drug killed 29 people last year in the UK, compared to 41 by MDMA in the same period. As the vast majority of UK ecstasy pills contain MDMA, and are taken on multiple occasions by hundreds of thousands of people every year who do not die, and considering that there are very few pills containing PMA, it follows that PMA/PMMA are far more toxic substances than MDMA.

So why is this drug appearing on the street? Drug dealers do not want to kill their customers. The answer is, as ever, laws and money: PMA is made from an oil called anethole, which is legal, cheap, and easy to get hold of.

PMA is made from an oil called anethole, which is legal, cheap, and easy to get hold of

Professor David Nutt agrees that the likely scenario is that clandestine chemists use anethole in a trial run, to test new lab set-ups, and then sell the resulting PMA to unscrupulous pill pressers. Making PMA involves an identical set of chemical reactions to making MDMA – only the precursor is different. Think about it: if you had a limited amount of very expensive safrole or PMK, and you had a new lab, or a new chemist, you'd want to test your kit out. A trial run making PMA from anethole would help you practice the technique and avoid losing valuable precursors – and you'd make some money back. Any chemists out there, please get in touch and and confirm whether this is right or wrong.

Ever the pragmatist, Professor Nutt advises users how to avoid harming themselves with these toxic pills. "Never take more than one pill, particularly if you get no effects after an hour, as PMA and PMMA are slow-acting. Always use with friends and nominate one of your group not to take anything so can get help if you fall ill."

If you buy new batches of pills, start low: try a half, or a quarter, and watch yourself and your mates closely. Do not re-dose if the come-up is slow or strange. No buzz is worth dying for, or ending up in A&E. 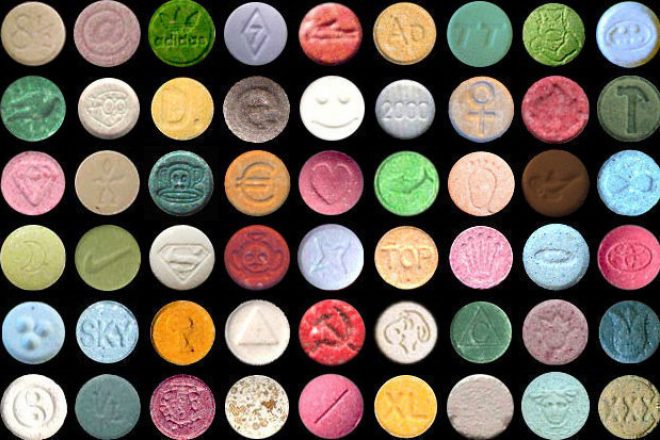 4. ECSTASY AND THE DARK WEB

The greatest innovation in the drug scene in recent years is the emergence of dark web markets, such as Silk Road, where a fistful of Bitcoins gets you a letterbox full of drugs.

In November 2014 the FBI and Europol claimed to have taken down over 400 such sites in Operation Onymous. But in reality, while they claimed a few decent scalps, such as Silk Road 2, the vast majority of the sites they took down were clones made by cyber-criminals looking to rip off unwitting users.

A recent trawl of the dark web showed 13 active drug markets, with new ones appearing every few weeks. With just a little research and time, you can easily buy high quality MDMA or pills online. Staying safe once you buy the drugs is your responsibility – as is the jail term, limited employment opportunities and travel restrictions you will be face if you get nicked.

John, a self-employed electrician from Bristol, told me that he doesn't care. "It's easy: I have one trusted dealer online and he's in the UK, so nothing goes through customs. I check his latest feedback before buying – he's never ripped me or anyone else off. It's all fairly pricey, but it's worth it to stay safe. I get Dutch-quality pills for about eight quid each. I figure there's no chance [the police] are going to come after small-time users like me." 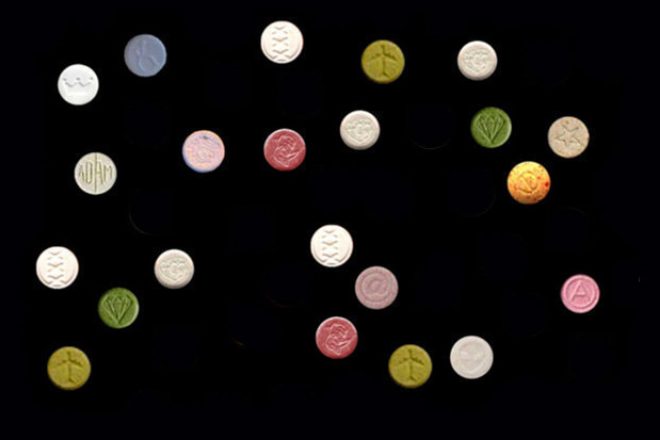 In the US right now, the mainstreaming of rave culture into gigantic EDM events has been parallelled by a massive growth in the number of people taking MDMA – or more accurately, what they think is MDMA, says Emanuel Sferios, founder of harm reduction group Dancesafe, which tests pills at parties. Sferios is also a film-maker who is producing a new film, MDMA: The Movie.

"Cathinones have flooded the MDMA market (over 80 per cent), and these euphoric stimulants are desireable drugs in their own right. While they aren't nearly as desirable as MDMA, many people still enjoy them. This has led to a culture where young people often look at 'molly' as just different versions of MDMA.

"Today, even when a pill or powder tests negative for MDMA, a large percentage of users will swallow it anyway," he says. This leads to riskier use, as cathinones, which belong to the same family as mephedrone, have a higher effective dose, and encourage redosing.

"The cathinones have also changed drug-taking behavior," says Sferios. "Because they have direct, post-synaptic receptor binding, redosing throughout the night works and has become quite common. That's combined with the fact that a 'good' initial dose of, say, methylone (a cathinone often sold as 'molly') can be twice that of MDMA. Users regularly take 300mg or more of methylone as an initial dose, and then redose throughout the night – while believing they're taking MDMA. And that's the most dangerous part," says Sferios.

If users later encounter good-quality MDMA they can take too much, leading to over- heating or other medical conditions.

The demand for MDMA in the UK is high. According to a trustworthy source, around 25,000kg a year are used here. Most of the UK's pills and crystal MDMA come from Holland and arrive by land, air and sea. Each kilo of MDMA costs about £775 (€1,000) for the chemists to produce. Each kilo is then sold wholesale at around £4,000 to those at the highest levels of the trade. Mid-range dealers pay around £17,000/kg. A gramme on the streets of the UK now costs £30–£50.

As long as there's music to dance to, and money to be made, the decades-long party shows absolutely no sign of stopping. But in the meantime, stay safe.