Though ‘Dedicated To Sublimity’, released this past July on NYC’s Bank Records, is her most danceable record thus far, Toronto producer E-Saggila originally comes from a background of noise and experimental electronics. On the LP’s penultimate track, ‘Viper’, hi-hats coalesce into ominously-treated, whispery vocals, and it sounds as if something nefarious is being summoned onto the floor. Usually, there’s an impenetrability to the layers of sound that make up hard-edged techno or harsh noise tracks, but E-Saggila’s compositions have an expertly textured depth.

The album consists of six abstract takes on maximalist techno and hardcore – the sprawling cacophony of sounds she channeled for records on Opal Tapes, Aught Void, and Summer Isle (the imprint she co-runs with Max Klebanoff) become streamlined and more beat-oriented here. Influenced by industrial, power electronics, and artists like Esplendor Geométrico, Scorn, Jeff Mills, and Muslimgauze, ‘Dedicated to Sublimity’ is a formidable debut full-length, in all senses of the phrase.

Ahead of her European tour this autumn, we spoke with E-Saggila about what it’s like to run an incredibly prolific label, the challenge of keeping the Toronto noise scene alive, and how cassette tapes have had an impact on her various styles of production. She’s also prepared an exclusive mix, and it’s a doozy all the way through. We spin out from the multifaceted abrasive sounds of WWWINGS, Parrish Smith, and Entartun, into the more melodic strains of dancehall and trance with Yayoyanoh and Benoit B, then back to the harder stuff again. You can listen below.

Do you think brutal and aggressive-sounding music can be personal?

The first kind of harsher music I got into was noise and industrial, and that was during high school through a friend of mine. Early Broken Flag stuff. It was like, this can't be music, people can't enjoy this. But I think people enjoy it for a reason and for me, it's emotional as well. There's no rules to music, everybody is attracted to what they're attracted to. Even while I was being introduced to that, I was listening to punk, dancehall, reggae etc. My range of interest in music was across the board, so whatever I was into, I was into. But noise and industrial definitely spoke to me differently. Especially with industrial, I liked more of the aesthetic, tapes in particular.

The format of tapes definitely lends itself to its own distinct sound.

I was really into the warmth and tonality of it, and how it was rough and not perfect, because at that time, I wasn't crazy about everything sounding very clean and neat. I liked the heavy exterior of what I was producing.

It was only a few years ago I started making power electronics and industrial on my own, and it was around the same time, in 2014, when I started the tape label Summer Isle with Max Klebanoff, who does Death Kneel. It was maybe a year later that I started producing under E-Saggila. RM was the first ever project that I actually went into producing and with that, I was making industrial and harsh noise. I was recording everything onto tape, and using sample-based stuff. And then everything that isn't E-Saggila is more restrained, more of the ambient side. When I started E-Saggila, I wanted to make more technical tracks and started mixing industrial with techno, and then went on from there.

Was it a natural progression?

Yeah, definitely. It came natural because that's what I'd been exposed to. I was performing in Ableton, but I was still recording onto tape as well, using the same kind of samples and the same harsher tones. I recently just started using an iPad as well. In my earlier works, I recorded through tape, but now it's just recording off a board live. It's why there's a completely different quality in my older recordings. This has been a whole learning process, working with Ableton and learning new tricks and techniques and new ways to record, new ways to master, new ways to put things together.

How did you go about putting the vocals together in the mix? They’re very different from, say, EBM-type vocals that can accompany harder music.

I wanted the vocals to be kind of lost in the recording, I didn't want them to be clearly heard. That's how I wanted to record them from day one. I wanted this feeling of these buried vocals in the mix of this pulsing song. That's what kind of emotion I want to give off. I mentioned this in another interview, it feels like you're in this loud club and you can't speak, it's pulsing so loud that you can't even get a word out, and that's what I wanted to emulate. 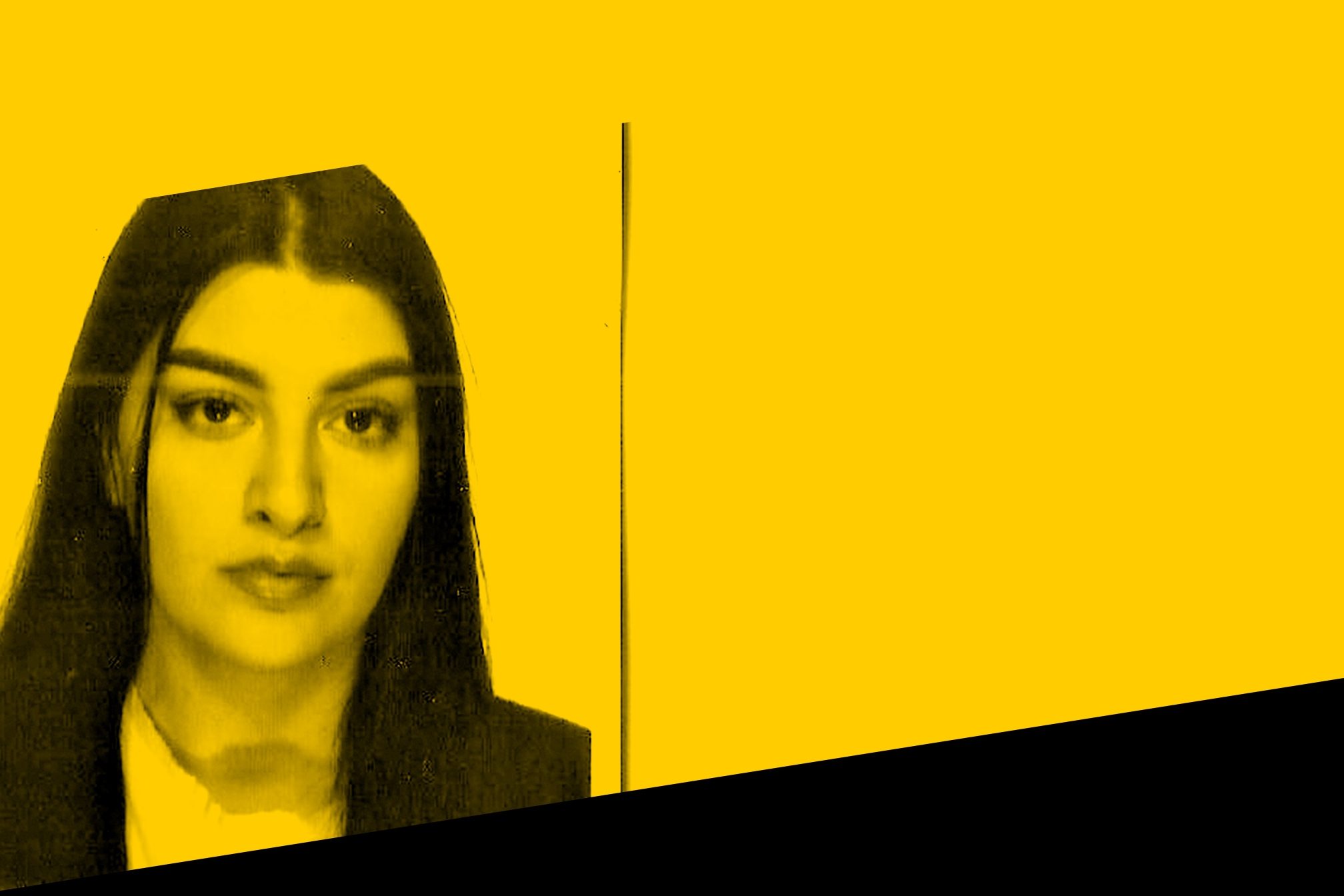 So how did Summer Isle come together?

Max and I met through mutual friends. Before we actually met in person, we both talked about the same interests in music that we had, and I didn't know a lot of people in the city that were also into that kind of stuff, so it was nice. Both of our schools were on the same campus as well, so we hung out a lot after that and it took off from there. And then about a year later, we were talking about if we would ever want to start our own label and start duplicating our own tapes, and that's when we bought some shitty dubbers from Value Village, and asked a couple of our friends if they wanted to releases tapes for us. We were releasing our own tapes at the same time too.

The label has put out over fifty records in four years. How did all the music find its way to you and Max?

We had friends obviously who we'd talked about their music with. Moss Harvest, Aught Void is a label that's outside of Nova Scotia / Calgary, they've been supportive from day one. We've had releases for them, they've had releases for us. Moss Harvest was our first tape on Summer Isle. And then it was V. Sinclair following that, who is also an amazing artist. Our comp release was all Canadian artists. We don't really look for a specific genre, it's whatever we feel that fits, what people want to hear and what's different and what's new. We know so many people and so many friends that are making incredible things and it's been really great to debut releases from newer artists especially. It’ll be like, we've heard their recordings and maybe they'll have one or two tracks on Soundcloud, but we’ll say to them, "we should do a tape for you, people will love this." That's how our discography built up. Lacedetail, from Montreal, Skin, Vito Lucente from Toronto, friends across the board.

Right now, we're actually taking a break to reevaluate our approach to everything, so I’m not sure when a new batch [of tapes] will be out. We were [releasing] so frequently that it was kind of getting drier the more we did it, so we needed to step back and look at what we were doing and what the label is going to look like in the future. We definitely want to release our first vinyl record.

It seems like there’s a lot going on with noise music across Canada, but what’s the noise scene like in Toronto specifically?

There are a few people who are performing under their own projects or have smaller tape labels here too, but it's definitely very very small. I think as we progressed with Summer Isle, more people started to enjoy it and more people would come to our shows. There is an interest here, but there's not a lot of people actually doing it or making it accessible to everybody else. It's important for it to be accessible for anyone to come and enjoy and experience it. I know that people like to go to a lot of bar shows or venues like that, but I think especially DIY venues need to exist for people to discover new things and for anybody to go to. I don't know a lot of people that want to go to a $30 techno show every weekend.

Do you all throw shows yourselves?

The venue situation has been really crazy here in Toronto. There's rarely any DIY venues or venues in general left, so it's been rare for us to actually book a show. We do it probably once every few months, if even. I hope it will get better but right now it's just been really tough. We have a lot of our friends asking if we can put on a show for them when they come through and it sucks, because it's really hard to do that and we can't. They just have to skip over [Toronto] and go to, like, Montreal because there are way more options for venues there. The city doesn't really prioritize its arts and music scene.

There was one period where we had this weird 4chan thread going around of venues who didn't have proper fire regulations. The police would go to these venues and… there was one amazing venue called Soybomb and they just shut it down because of this thread and after the whole Ghost Ship incident. It was a period where that was happening here, and all over venues were getting shut down. Really, not a lot of venues are left here, only the big bars where you have to pay $500-1000 to book. And obviously, if we're booking smaller noise shows, we definitely cannot do that. Even warehouse spaces here are a crazy amount of money to put together. They're obviously for bigger techno shows, but there's no smaller spaces that would allow that, so that's been tough.

Do the Toronto scenes collaborate with each other? I know Ciel has recently been putting the city on the global map.

There's definitely a crossover with our and [Ciel’s] shows, we brought Ciarra Black to play and collaborated on a show with her. Cindy [Ciel] was one of the first people to put me on a bigger show here and it basically took off from there. She's been amazing from day one, always supportive, and what she's doing for the city is really inspiring. So I definitely hope there's more of a crossover to come, but I think right now she's taking a break from booking shows.

I mean, I don't want to go to a techno show every weekend. There are people who are into that, but it gets so tiring sometimes, and you want to see more things, you want to experience more live sets, especially because there's not a lot of live sets here either. It's mostly DJs, so it's nice when people tour through here, or there are newer artists coming out of here. Artists like Jaclyn Kendall out of Montreal, we just booked a show for her, she's an amazing DJ and live artist. We actually put out her first tape on Summer Isle.