Downtime is a new series that showcases a different side of our favourite DJs. Up next, a selection of lockdown releases that can't be played in clubs right now are given airtime by SAMA'.

The past couple of years have been relentless for SAMA’. Career milestones have been hit at a rate of knots by the Jordan-born and Palestine-raised artist, whose techno sets that unleash spectacular melodies among a throb of potent rhythms have won her fans across the world. SAMA’s 2018 Boiler Room debut hosted live from the West Bank has surpassed 4 million views, affirming her as a musical pioneer in the region. In 2019 she featured in BBC Radio 1’s esteemed Essential Mix series and earned bookings across all six inhabited continents amid a vast touring schedule (though visa problems blocked her making the North American dates).


2020 was looking ripe for the SAMA’s star to continue to ascend: she was about to embark on an Asia tour and her US visa was secured with bookings from Coachella to Movement Detroit in the diary. Then the coronavirus shutdown happened.

Lockdowns are nothing new for SAMA’. She moved to Palestine aged six after a 1994 ruling allowed her father, who had been expelled from the country in the 1960s, to return to his homeland with family to reclaim residency. War and curfews with severe punishments if broken were a fixture of her life from the age of 10 up until she left Palestine to study in Beirut at 18, where her love for electronic music began to blossom.

Now considered one of the planet's most exciting techno talents, SAMA’ is philosophical about this period of time despite the frustrations of her DJ career being halted. She’s appreciating the pause on the hypercapitalist pace the world had worked itself up into, and is taking time for reading and reflection, learning and listening, discussing and developing her skills - and a lot of sleeping. She’s hopeful about the new world we may emerge into.

Read our chat with SAMA’ and check out her Downtime mix and tracklist below. 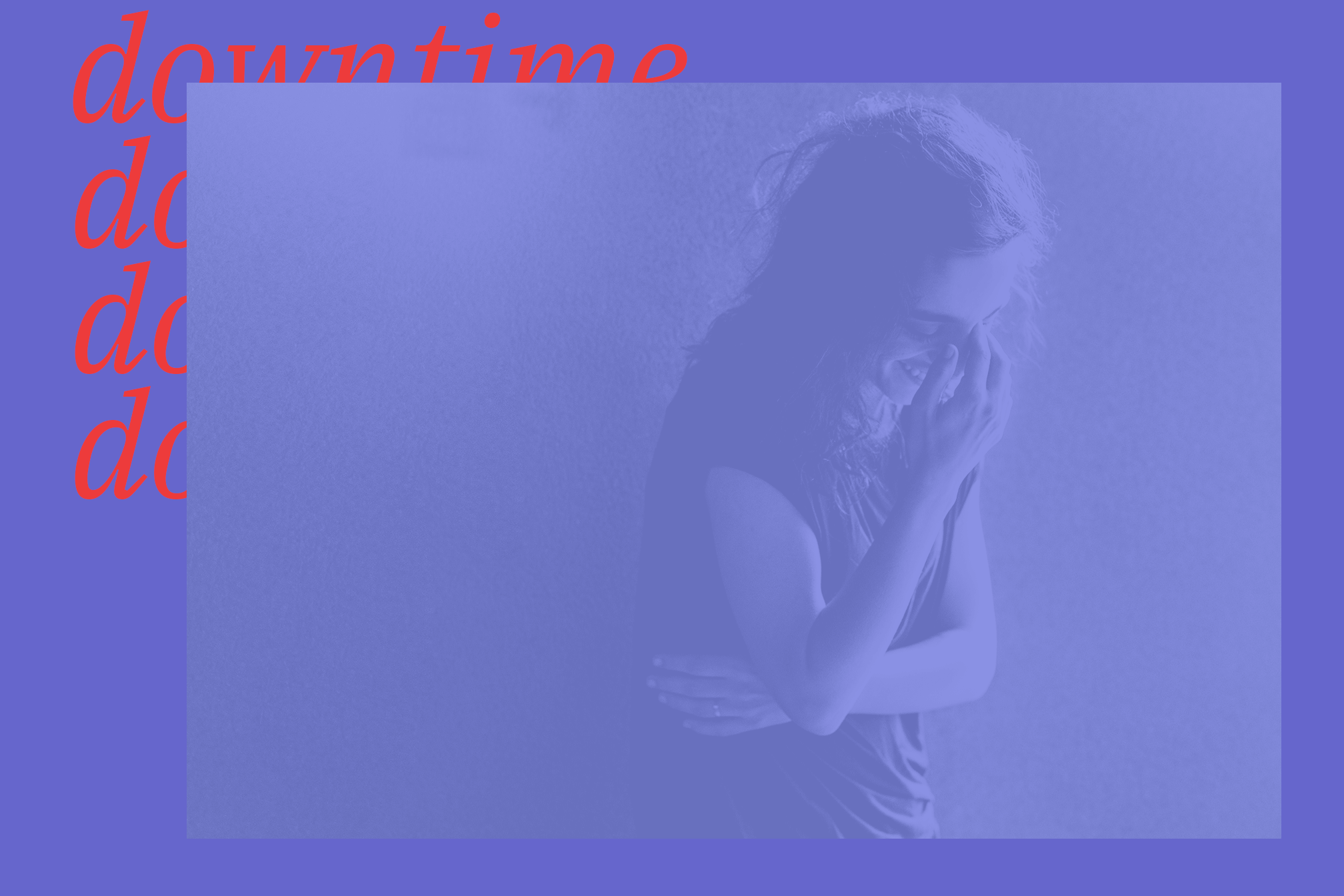 Where are you spending your lockdown? What’s it like?

I'm in Paris. I'm producing a lot, and I've bought so much music and been listening to a lot of recent releases. I've been working on my DJ setup and practicing, because I've been trying to add the MASCHINE for a long time and now I have the time to actually do that. I’ve also been reading so many books, and sleeping so much.

What book are have you been reading?

The first book I finished was called The Arab of the Future [by Riad Sattouf], it's a graphic novel. I was reading The Tattooist of Auschwitz [by Heather Morris] as well. I read a lot of political books, they're more interesting to me and I find it's a better story when it's a real story.

I've just started with the story of a person called George Habash from Palestine, who is one of the people who started the country's left wing movement [and the Popular Front for the Liberation of Palestine party]. There is a biography which just got released recently. It goes from the 1920s when he was born to when he died 12 years ago. It's crazy because I started reading this book when I was finishing The Tattooist of Auschwitz, which is about a prisoner who used to tattoo the numbers on fellow prisoners. They escaped around 1944 when the same stuff was happening in Palestine when Israelis started coming in as gangs and killing Palestinians, kicking them out of their villages. It became a really trippy thing that I was going through when reading both books at the same time. One is in Europe and one is in Palestine and they both cover the same time in history, so I was learning what was happening at that exact time in two different continents.

Yeah, this was literally my teenage life I guess, or since I was 10 years old until I was 18. We were more or less in lockdown and under curfews in and out because it was war back home in Palestine. But the difference was if you go out, you get shot. It was a different case, but I'm used to lockdowns.

Do you have any tips or wisdom to share for things people can do and enjoy to cope with the lockdown?

Card games and books, because back then we didn't have internet, electricity or water. We had to start creating new games, and you became close to your neighbours. That was a thing back in the war: you can depend on your neighbour because everybody feels what everybody is going through, and that really gives you hope.

Have you been speaking to other artists, back home and across the world? How is everyone?

I'm watching people more and enjoying the DJs that are going up and playing some different kinds of music. It's really nice to see the scene standing together through this and reconnecting about what the point of partying is. This is the reason why we started all of this, so it's nice to go back to that original point of bringing people together, even if we cannot meet and no one is getting paid from it. It's stopped being a business for now, it's a human thing. People still want to connect and spread joy because people need it now.

Community organising is something you're involved in. You set up Union [an artistic community and platform in Ramallah]. Do you find it inspiring to see communities surviving and helping each other through this moment?

Exactly that, especially seeing that it's happening worldwide. Even big people are putting everything aside, it's not about the money, it's about the community. Seeing how the community is standing together inspires the smaller artists like us at Union. It got us speaking in different ways about what we want to do, the messages we want to send, and how we want to work for the future.

We've had it on hold for a bit, ever since Trump and Netanyahu did that crazy deal that they decided to do everything went crazy back home so we stopped the parties, stopped everything, and decided to reassess what we are doing and how much impact it is actually having to anything that we're going through. With that came COVID, and that was another slap, so it became a different kind of approach.

How has it changed your approach?

It's given us time to reflect on what we're doing, it put a pause on the whole world. You know how we've all been running around and everyone is just like: I need a break for a second, I need the world to stop. And it just did. So we might as well try to use this to catch up, try to connect back with ourselves and stop being robots. 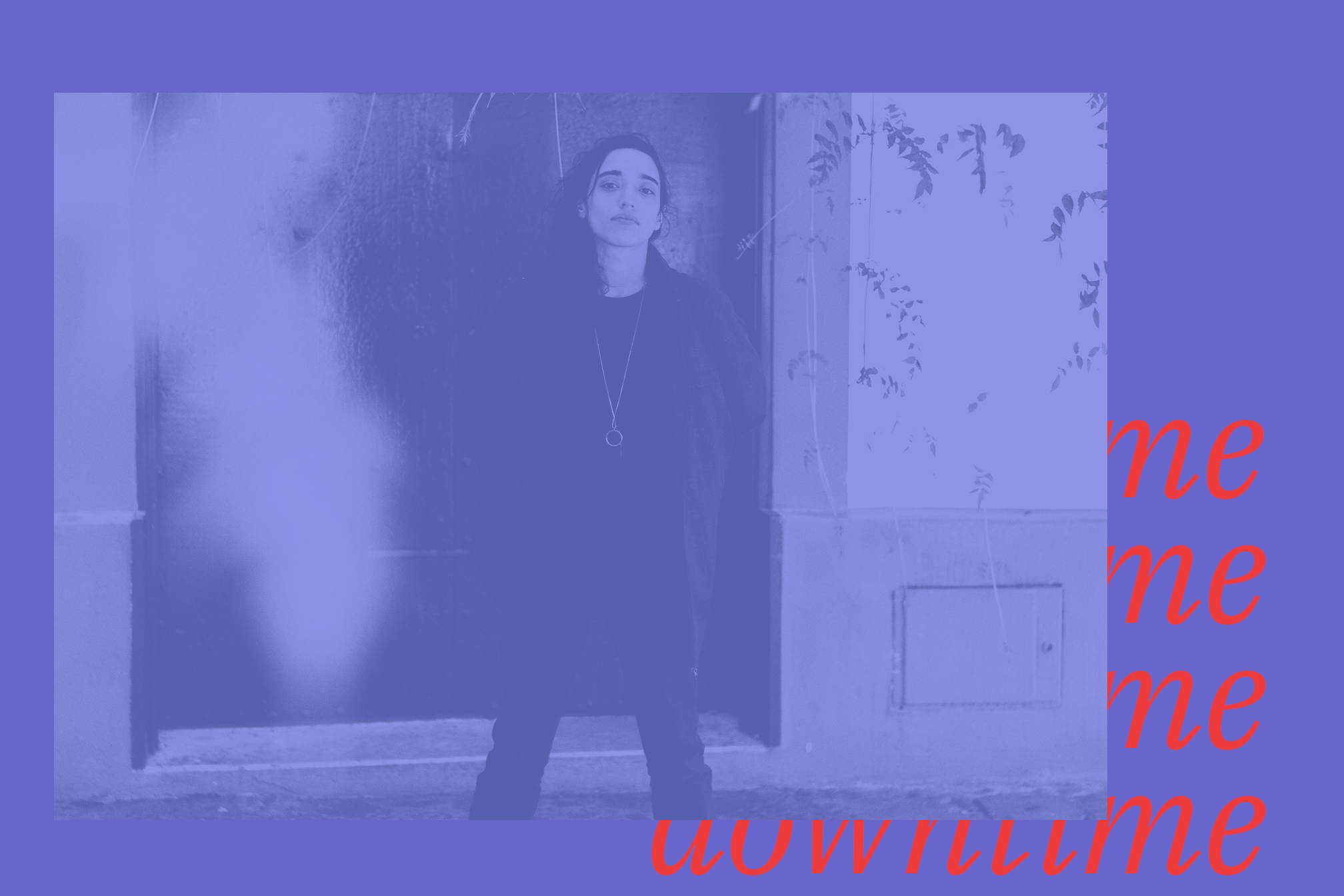 How much has this affected your original plans for this year - has it blocked a lot of gigs or releases?

You have no idea! When it happened I cancelled my Asia tour because I was supposed to be there right before Asia went into lockdown. I also had to cancel Egypt, Dubai and the US tour I had, including two sets at Coachella. I had just got my US visa when everything got shut down. I hope this doesn't drag because I want to be able to use that visa, it lasts for two years. If it's not over by then, it will be a whole different mess that we're in beyond concerns about parties.

How are you adapting to this new schedule/lack of schedule?

I've been doing an air training exam. Soundtoys put their whole Effects Rack up to use for free until the end of June so I got that. I've spent so much money on music and music things in the lockdown: VSTs, plug-ins, new bundles, hundreds of tracks. Now I'm using all these new things and I have my own workshop going. I love manuals and I've been reading a lot of those, trying new things, trying to work on my air training, trying to make more music, trying to build. That's the thing: I came to Europe and I was starting to build myself, and then everything went on high-speed where I never sat at home with time for myself or got to produce anything.

How do you think this might change the music scene?

The first couple of festivals are going to be mental; people are going to be jumping on each other like crazy. I'm actually asking my management to get my first gig as an all-nighter because I'm not going to want to stop playing. I want to play for 10 hours!

You mentioned you've been buying a lot of new music and the mix is selected from those purchases. How was it discovering these new sounds and putting the mix together?

I bought so many tracks and Ive discovered so many new people. The mix is playing tracks released in this quarantine period, because by the time quarantine is done I feel the time for these tracks may have passed. It's good music so I want to share it and make some time for it.

It's a shame that some of the music getting released at the moment might not get a chance to be played in clubs.

Exactly, unless it's a masterpiece that gets stuck in your head. For me, the ones that get stuck are the ones with great, humongous melodies. I love that orchestral feel of synthesisers and layers of sounds. The more transitional tracks that I use for adding rhythm to what I do are the ones that will get lost and that I feel bad for.

What good outcomes do you think can come out of this situation when music returns?

Usually, looking at history, with war and horrendous things that happen in the world, a new genre comes out or a revolution in music happens. After World War Two the Berklee College of Music opened up. Prior to that it was only really classical music being taught, and the founder Lawrence Burk thought people need to learn genres like jazz and how to play them. And look at how rock music and techno music started. I've been anticipating a war for a while now but I didn't expect it to be this kind. It's a new kind of pandemic: it's not the anger of war, it's more natural. I'm hoping a new genre comes out and there's a rebirth in music.