Downtime is a new series that showcases a different side of our favourite DJs. Up next, a wide-ranging mix of sub-100 BPM cuts from Chrissy.

Chrissy is the perfect DJ for Downtime - and we’re not using that adjective lightly. One inspiration for founding the series was to explore the lesser expressed corners of artists’ tastes, and while Chrissy has never been shy about the breadth of his collection, any insight into his diverse and compelling palate is a guaranteed treat.

The Kansas-born and currently San Francisco-based DJ and producer has lived many musical lives since he started out DJing at the age of 15. Across aliases such as Chrissy Muderbot, Chris E Pants and his current mononymous moniker he’s developed an encyclopedic knowledge of genres: mentioning juke, jungle, footwork, electro, UK bass, disco and house just scratches the surface.

Read this next: Get to know Chrissy, the living embodiment of a 'DJ's DJ'

Chrissy trained to be a teacher before his music career took off, and his sets are often as enlightening as they are entertaining. Take the themed My Year of Mixtapes series, which closed out on a run of Boogie, Digi-Dancehall and Latin freestyle mixes.

He’s been vocally opposed to vinyl and hardware elitism, with an approach to making, collecting and playing music that’s driven by passion and free of pretension. Chrissy’s skills on deck landed him a residency at Chicago’s beloved Smartbar from 2015 to 2018, and after moving to the Bay Area he joined the team at San Francisco’s historic queer venue The Stud (which has been forced close due to the pandemic and is currently crowdfunding for a relocation if you have some spare cash to donate).

With the majority of clubs across the world currently shuttered, Chrissy has taken this opportunity to explore some chilled-out sounds that are ripe for home listening. Björk into DMX Krew and Nine Inch Nails into George Michael & Mary J. Blige are just two of the blends pulled off through this masterful 80 minutes.

We also had a chat with Chrissy and he made some no-nonsense comments about his hopes for the post-pandemic future of dance music. Listen and read below. 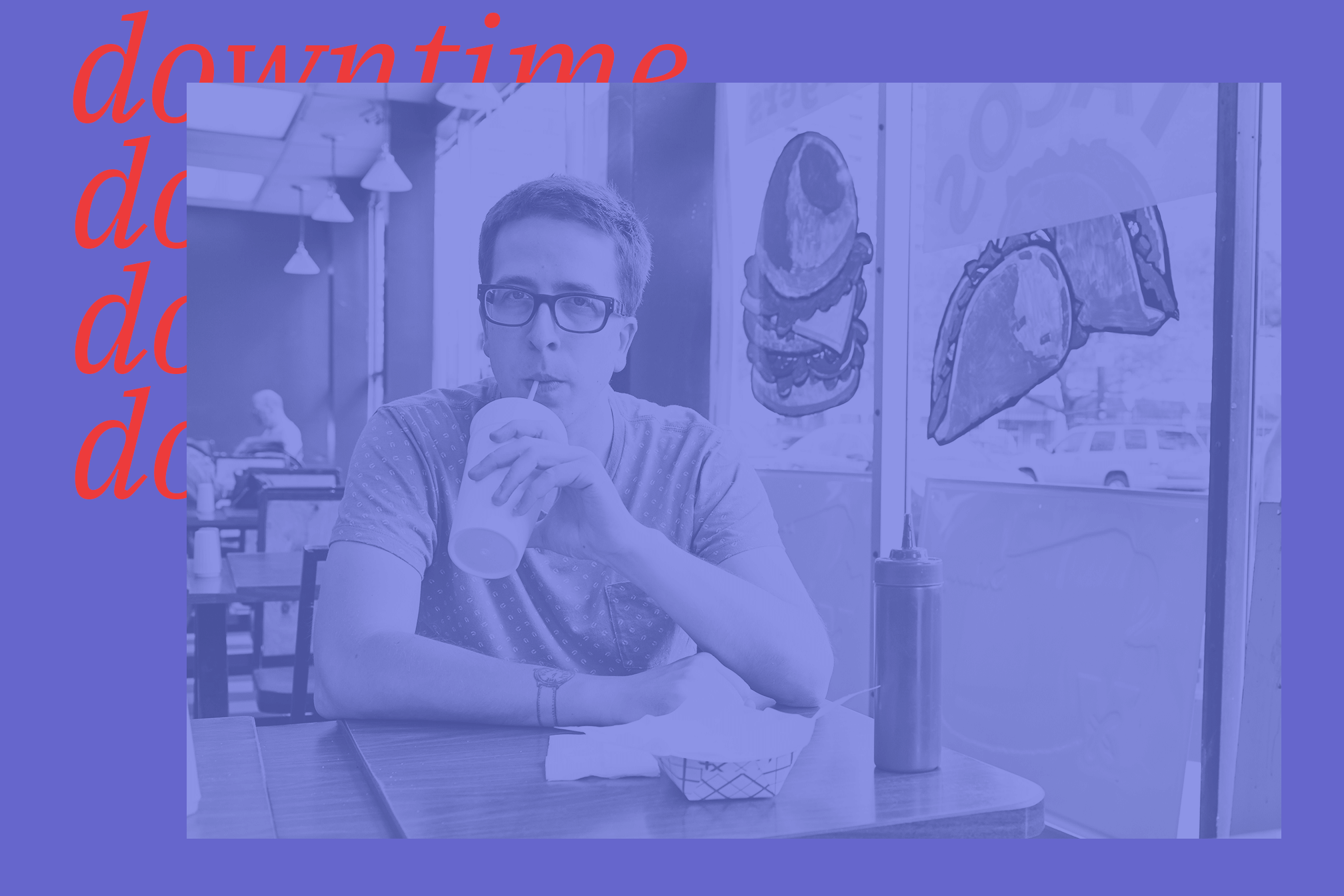 Where are you living during lockdown and how it affected the local area?

I'm in San Francisco. The local government response here has been a lot better than some other places, and so our case numbers are still pretty low, comparatively. Of course there are a lot of things the local government could and should be doing better—especially around helping people suffering from homelessness, and people who can't afford their rent—but from the epidemiology side they've nailed it compared to the rest of the US, so I feel a lot safer here than my friends in New York, for instance. Still, everything has been locked down since mid-March, my hair is really long and I miss restaurants and clubs, and I'm itching for this to be over while preparing for several more months of it.

How have you been spending your time?

Organizing my music library, spending way too much time on Discogs, riding my bicycle, doing a LOT of baking, doing some embroidery, and trying to write an album. I don't think it's had an impact on the type of music I'm writing yet, but it's definitely had an impact on my thoughts about releasing it. Like, am I supposed to put out an album of club tracks when there are no clubs? Or am I supposed to sit on all my creative output and then flood everybody with a bajillion tracks once everything reopens?

You’re known for playing a wide variety of music, have you discovered any new styles or artists that have stood out recently?

Have you been speaking to other artists across the world? Is there still a sense of community during this period of separation?

Yeah I've been trying to check in on music friends and keep up with people. Just yesterday I had a nice lil chat with Golden Donna about his new album getting a really good Pitchfork review, and I got my ass KICKED at MarioKart 8 by Peter Croce. I definitely feel like the sense of community is strong, and it's been really heartening. I'm also seeing a lot of fundraisers and charity groups mobilizing within our scene, and people who are fortunate enough to have some cash to spare donating money to those in need. I'm hoping this sense of togetherness and unity can continue after the pandemic is over!

Read this next: Artists around the world are creating Coronavirus emergency funds to support loss of income during the pandemic 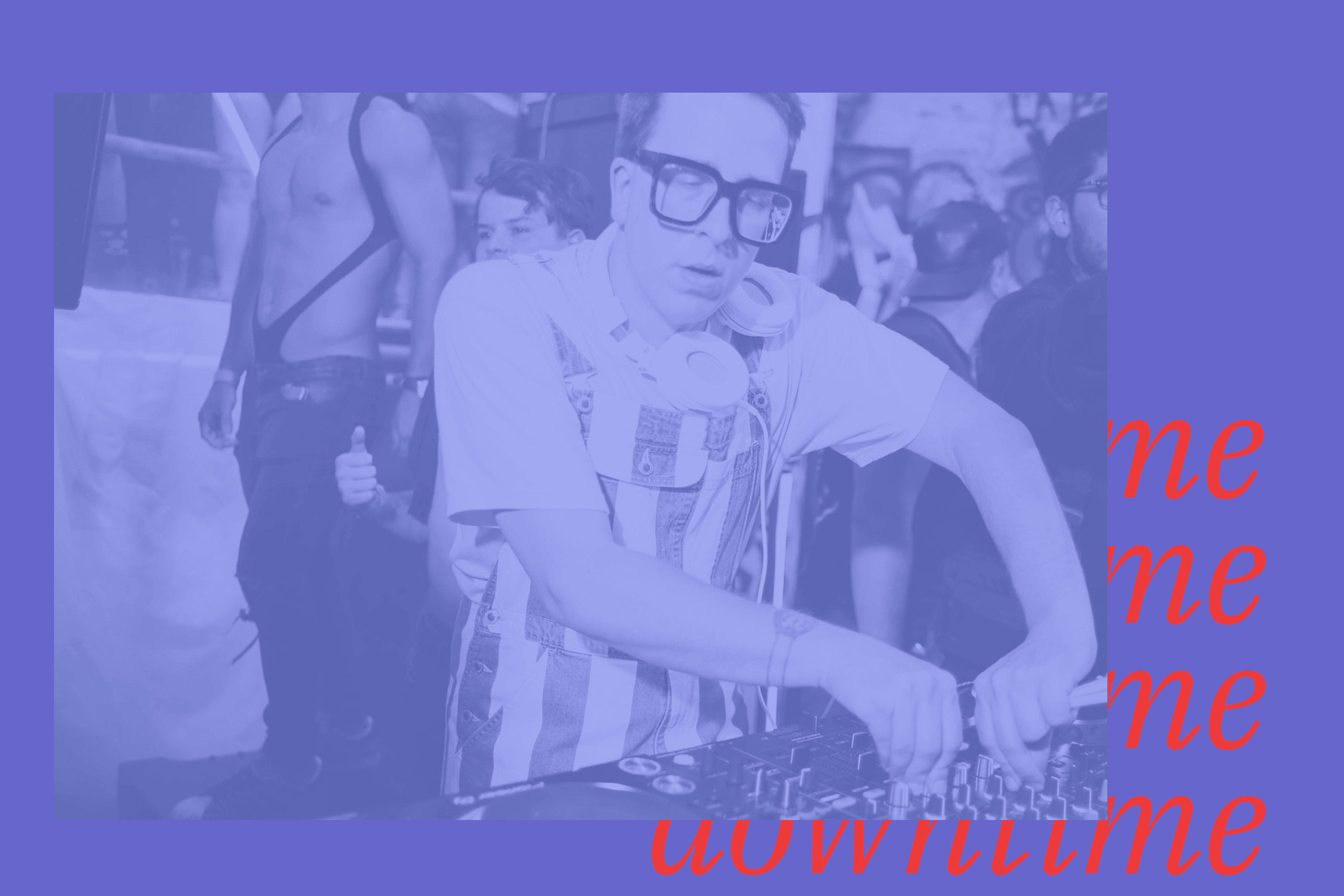 How much has COVID-19 affected your original plans for this year? How are you adapting to that?

I was on tour in Europe when everywhere started shutting down, so my whole tour was cancelled and I had to arrange emergency travel back home. All my gigs for the remainder of 2020 are cancelled as well, so I'm pretty freaked out from a paying-the-rent perspective. My EP on Dansu Discs was postponed by a month (although it doesn't seem to have hurt the release, thankfully), and I have 2 EPs on my own label Cool Ranch that are indefinitely delayed because the distributor and the pressing plants are all running on such limited capacity now. Basically I don't have anything that hasn't been affected. I've applied for some grants through some charities that assist artists in times of crisis, and I've applied for unemployment as well, but I really don't have a clear plan yet of how I am going to survive the entirety of this pandemic if nightlife is closed into 2021 (which it seems like it very well may be).

How do you think this might change the dance music scene?

See my answer above about all issues in our scene that need addressing--I'm hopeful that this will help usher in some much needed changes. Also I guess this might be the thing that kills "business techno", right? But also I fear that a lot of clubs are going to close, a lot of promoters will go out of business, and the next few years will see a lot fewer touring DJs coming through town because the money simply isn't there. Scenes and parties might get a lot more local for the foreseeable future, which will make for some really cool local sounds and scenes. But it will also make it a lot harder to make a living as a touring musician, and a lot harder to share musical ideas across countries and scenes, which has always been a really thrilling part of dance music culture for me.

How did you approach your mix and what inspired that decision?

I rarely get to play chilled out or downtempo stuff at parties, so I wanted to throw together a mix of a lot of my favorites below 100bpm, while still kind of genre-hopping and having an eclectic feel to it.

What’s your dream for the best case scenario when this is over?

OUT: venues that don't aggressively protect the safety and comfort of everybody (but especially POC, women, & trans ppl)
IN: outdoor social distance parties in huge fields or parking lots where everybody is 2 meters apart and you have loads of room to dance without people grabbing you or spilling drinks on you or farting in your airspace (maybe by winter we can be ready for this?)
OUT: giving our money to festivals owned by right-wingers
IN: governments doing more to help poor and middle class people
OUT: superstar DJs in private jets
IN: line-ups full of people you've never heard of
OUT: rich kids becoming DJs
IN: rich kids bailing out nightclubs

Chrissy's 'Plus Two' EP is out now via Dansu Discs, get it via Bandcamp