"Kemistry was my muse – she was a massive influence on me," says Goldie. He's remembering Kemi Olusanya of pioneering drum 'n' bass DJ duo Kemistry & Storm, who died 15 years ago on April 25, 1999 in a random accident that deprived dance music of one of its brightest stars and robbed drum 'n' bass of one of its most important figures.

Kemistry & Storm's journey from ravers to successful DJs and pillars of drum 'n' bass goes hand in hand with Goldie's rise as the face of the genre, and the establishment of his iconic Metalheadz record label – which turns 20 this year. It's the story of two young women finding their calling in an early 1990s dance music movement that rewrote youth culture in Britain and beyond. 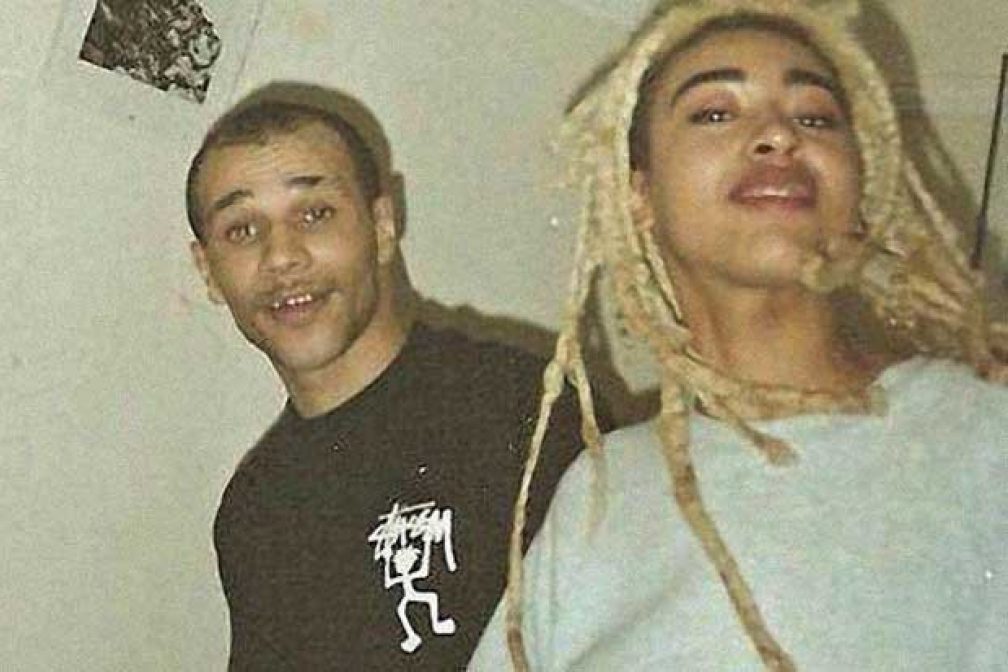 It all began in mid-1980s Kettering in Northamptonshire, when Kemi Olusanya, who was into punk and new wave, became friends with New Romantic Jayne Conneely (Storm). They reconnected years later, cementing their friendship when Kemi offered to share her rented room in Finsbury Park with Jayne when she was offered a job as a radiographer at Westminster Hospital.

"Kemi was really into rave but I was working seriously and didn't have time to party, so she would bombard me with pirate radio," recalls Jayne. "We discovered DJ Randall on Centreforce FM and fell in love with his music. I became curious about raving so would go out with Kemi and a big crowd of her friends and watch,' she says, recalling her initial wariness of the scene.

But Jayne was soon bitten by the rave bug and it became a way of life: "Rage on Thursday nights became our religion. We would go to work on Friday, and on Friday night I'd drive us to Amnesia in Coventry to hear Doc Scott. We'd finish the weekend at a club in Charing Cross on Sunday night and hear DJs like Steve Bicknell because we liked techno," she says.

Rage ran on Thursdays at Heaven in Charing Cross (then owned by Richard Branson), from 1990 to 1994, and belongs in the pantheon of mythic nights at the heart of Britain's rave revolution. Following in the wake of acid house, residents Fabio and Grooverider would play techno (Joey Beltram's 'Energy Flash'), hardcore (Lennie De Ice's 'We Are IE') and dark breakbeat (4Hero's 'Mr Kirk's Nightmare'), the combination laying the foundation for jungle and drum 'n' bass.

"We went from touring the US and the !k7 release to looking at coffins"

Around this time, Kemi crossed paths with a larger-than-life graf writer with gold teeth. "I'll never forget seeing Kemi for the first time", recalls Goldie. "She was working in Red Or Dead in Camden, this girl with beautiful dreadlocks. I saw her and thought, 'Wow, she looks amazing'. We got to know each other and she invited me to Rage – people were on podiums with no tops on going mental. It was alien to me, as I'd been in America and had missed ecstasy and the Stone Roses, but something was so strong about it – it was very powerful," he explains.

So powerful that Goldie followed Kemi and Jayne down the rave rabbit hole and was hooked. Goldie and Kemi began dating ('I was bang in love with her' he says), and Rage and raving were at the centre of their universe.

After Rage they would pile back to Kemi's and emulate their heroes, Fabio and Grooverider. 'They bought me a strobe for my birthday, so we would do loads of Dennis The Menaces, push our Amstrad and Binatone midi-systems together and try and get the records in time,' laughs Goldie.

It was a carefree, special time that cemented an intense bond between Jayne, Kemi and Goldie. Their personalities, ideas and auras fizzed off each other and catalysed d'n'b's big bang, launching Goldie the music-maker, Kemistry & Storm the DJ duo and the Metalheadz label and night.

Goldie began making breakbeat rave with Kemi and Jayne as quality control. "After a few failed attempts I did the 'Ajax Project' EP and when Kemi heard it she said, 'That's bad' – and that was it for me, I'd arrived," he says. From its sales, Goldie bought decks for Kemi and Storm, and they began to play on pirate radio and master the art and craft of DJing. 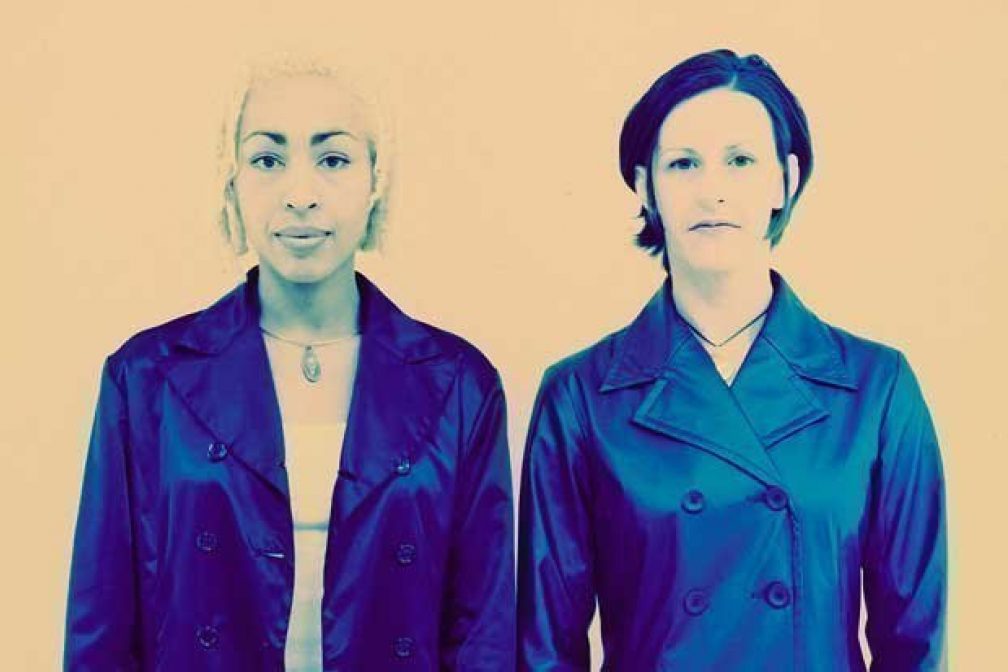 Goldie hit his stride with seminal darkcore anthem 'Terminator' in 1992, establishing himself as a major player (Track 2 on the double A-side is the mesmerising 'Kemistry', an updated version of which appears on his landmark 1995 LP 'Timeless'). In 1994 Goldie launched Metalheadz, with Kemi and Storm A&Ring and organising releases from the one-bedroom flat they were sharing.

Breakbeat rave had segmented – jump-up jungle ruled bigger raves and 'intelligent' had begun to emerge – but Metalheadz stood confidently between the two and lit the way forward with releases characterised by game-changing innovation, depth, and technical proficiency, without compromising intensity or dancefloor impact – Alex Reese's 'Pulp Fiction' (1995) is a case in point.

Summer 1995 saw the start of landmark drum 'n' bass night Metalheadz at Blue Note, with Grooverider and Kemistry & Storm as residents in the basement sweatbox. They had arrived as DJs – and the vision forged in the crucible of Rage's dancefloor had been realised.

After an apprenticeship subsisting on baked beans and Marlboros, Kemistry & Storm graduated from worshipping Grooverider at Rage to sharing decks with him. "Our DJing took off, we played lots in Germany, toured America and DJed in Japan, New Zealand and Australia, and then we were asked by !K7 to do a 'DJ Kicks' mix album," says Storm.

For DJs, the 'DJ Kicks' mix LPs were as big as it got (Mixmag described it as 'The most important DJ mix series ever') and theirs came out on January 25 1999 – exactly three months before Kemistry died one wretched April night.

Storm was driving Goldie and Kemi home after DJing in Southampton when a cat's eye came loose from the motorway, flew through the windscreen and fatally struck Kemi. She was just 35 years old; at the inquest the Coroner noted, 'She was a victim of a cruel twist of fate.'

"We went from the pinnacle, touring America and having the !K7 release, to me looking at coffins," says Storm.

Reflecting on the weeks before Kemi's passing, Storm recalls discussing Kemi's funeral with her in detail right down to the music, like Doc Scott's 'This Is Deranged'. "Looking back, Kemi knew – she always said she would never reach forty," says Storm.

Goldie observed this too: "She always said, 'I don't want to grow old, I want to die young" and it shocked me," he says. To this day, Kemi guides Goldie: "She will always be that muse, whispering in my ear, when I'm quietly thinking about music," he says.

For Storm, rather than dwelling on the circumstances that conspired to take Kemi's life, she looks at fate's hand in the good times: 'I always wonder what would have happened if Goldie hadn't seen Kemi in Red Or Dead that day. Imagine if he had walked past…"

Dance music, particularly drum 'n' bass, would certainly never have been the same. 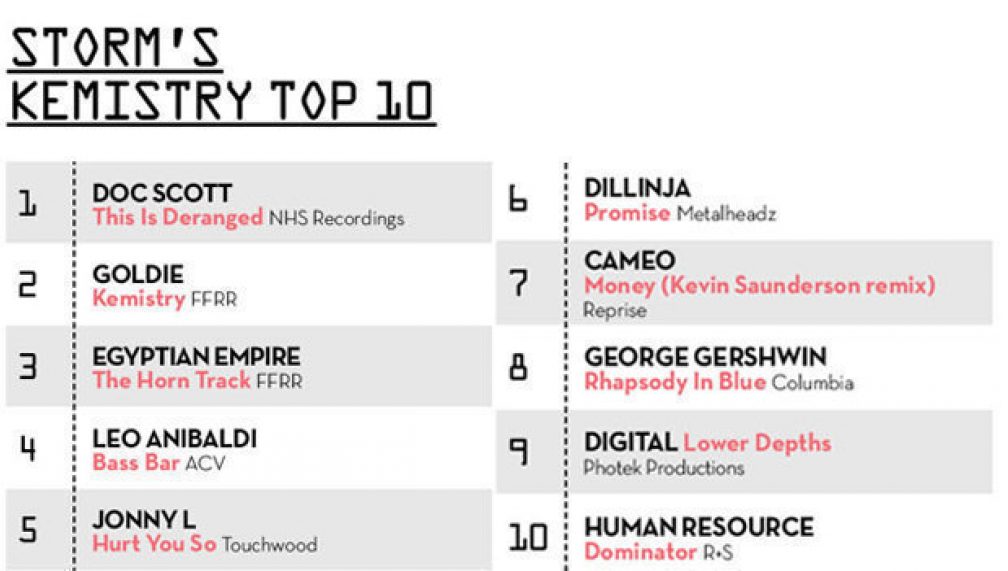