Jacques Greene doesn't do anything for the sake of it.

Why should he? Having earned a cult following off the back of 2011 single 'Another Girl' and firmly aligning himself with the LuckyMe label (also home to Cashmere Cat, Machinedrum and Baauer), he's been able to step away from the dance music ruckus in order to release music as and when it's ready.

Noticeably absent from today's scrum of promotional mixes, high definition press shots and half-baked brand partnerships, Jacques Greene prefers quality over hype. A glance over his discography reveals a handful of singles and EPs, put out via the aforementioned LuckyMe, Martyn's 3024, ace NYC label UNO and Greene's own Vase imprint since 2010. All are finely-sculpted excursions into the hybrid house/garage/bass sound that he helped spark around the turn of the decade, an unwaveringly great set of tracks that are buoyant, melodic and pretty much mesmerising.

Because it doesn't happen too often, the release of new music from Jacques Greene is all the more noticeable. This month he will let go of 'Phantom Vibrate', a three-track EP that coincides with a brand new live show. Lead track 'No Excuse' has been online for a minute now and has garnered a six-figure play count, a clear sign that Greene's loyal fanbase is as hungry for his lush, sweeping, pulse-quickening productions as ever before.

As he prepares to take his new show on the road in support of 'Phantom Vibrate', he took time to talk to Mixmag for the very first time. 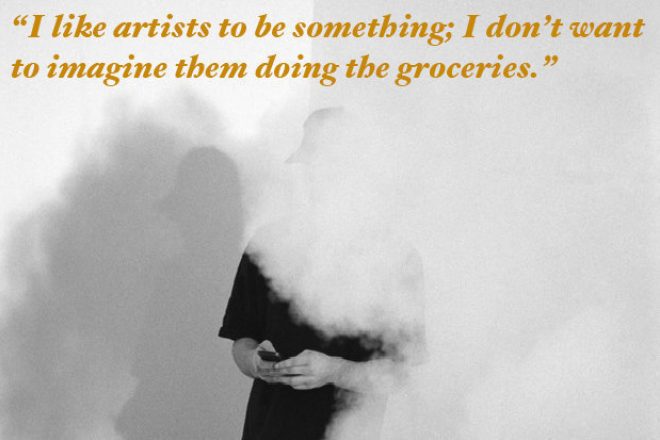 Tell us about your new live show.

It's still on the same hardware but I got this great new box from Elektron.It'sled the Octatrack, I got one and it's awesome. It sort of works like Ableton – I can set a BPM to an acappella, so I can still speed up and down my songs and vocals and put them back into the right tempo. It's just a machine that allows me to simultaneously perform the songs how they should be, but then change them even more if I want to. I've only played with this new set up once and I ended up being able to feed

off the crowd with as much liberty as I needed to. It's really exciting.

I have this guy Jason Voltaire, who I worked with on the visual show, which is a big part of what I do on stage. So whenever I DJ or do the live show I'm really happy that there are so many cool contexts to it. The main theme of the entire show is a duality of sheer human physicality and virtual reality and virtual disconnection between humans. The other day I played at the Social Club in Paris and as soon as I stepped on-stage the club was rammed and for an hour and a half it was really like people were stepping into my world. I used to resist things like that, because I am adverse to anything that could be gimmicky, like theatrics or that part of the performance.

But I was actually reading David Byrne's book on how music works and he has this whole chapter where he says that everything that you do on stage is part of a performance. So I was kind of inspired by that. I like the idea of artists being something; I don't want to be able to imagine them doing their groceries. I like how Prince can be one of these big and iconic people, like they live in this weird world and create this bubble and then descend onto your earth. They come into your universe and you're like, "Whoa they're here!" And they bring their crazy world with them. So, I think that the visuals are a step towards that.

I think I am embracing that aspect of the performance. Because it is a necessity, it's not even evil. The [release] covers and [my] aesthetic have always been such a big part of what I do, so why would I resist implementing it everywhere that I can? So now I have this live show that I am really comfortable with, I don't know, what's next? That's the part that I want to work on, but for now I am really happy.

You say you're leaving your laptop at home, is that important to you?

I feel like with a laptop I can press something and something will go wrong, everything will stop. At least with my machines there's a physical space and attribute to everything. I know my equipment well enough, whereas to go and click through a series of menus on-stage seems daunting.

I've had moments where I've been waiting to DJ behind a guy doing a live set in a club and seen him press a button then dance around in a stupid hat and I think for me that would be so boring. I always need to be stimulated, I need to have something to sequence on, that keeps me interested and keeps things interesting for me, because at the end of the day people are only going to see the show once and I need to perform it dozens of times. I like the risk and the slight chaos of doing it the way I do it.

You're playing in a church in London soon, do you relish playing in non-traditional spaces?

Yeah, I organised a show at the Tate Modern last year and it was so fun. Clubs are a great environment and I love everything that they represent; I love club culture and all that. But I think that is even more of a reason to step out of it from time to time, to work in a different context. See things in a different light and see it in a different way. Lets play in a church, come on, that's great!

Have you got any other interesting spaces lined up?

There is one place that I want to go back to in Bucharest. I played at a former prison, there were still jail cells in the hallway on the way there. It was the most insane place I have ever been to in my entire life. I don't have many specific places but I would love to play in an old decommissioned bank. Stuff like that. Places that were cornerstones of society but are left as weird, empty places.

With your Vase label, your own records and live show visuals, art plays a major role – how do you see the relationship between art and your own music?

I realised that I think my passion in life beyond everything is communicating and connecting with other human beings. I think that it's the most beautiful thing that you can do while you're alive, having something that you've made connect with someone else. Its such a crazy thing, but I can sit at home and make a track and then have someone come up to me two years later and be like, "I still listen to that all the time, it makes me feel so good."

How are you feeling about the new EP?

I am really glad to be putting out a body of work with one great team; it feels right. There are so many people on the team that I have known for years now. Pretty much everyone on the LuckyMe label is a friend and I have grown really close them. It is fun to kind of feel like you are part of a crew, sort of misfits as well.

Is that why you haven't signed to a major?

Are you producing for other people?

I'm trying to. I live in New York now and when I have free time between shows and stuff I love to get booked into a really nice studio and go and work for 12 or 13 hours and try and bang out some songs with other songwriters and singers. I now have a healthy little catalogue of tracks that I'm super happy with and have girls and dudes singing toplines on and hopefully we can place them on exciting projects at some point. But my world is so like that. You might send 15 tracks to someone and not hear back for seven months. And then they're like, "Yeah! We're going to use this one!" So I try not to get too invested in that. 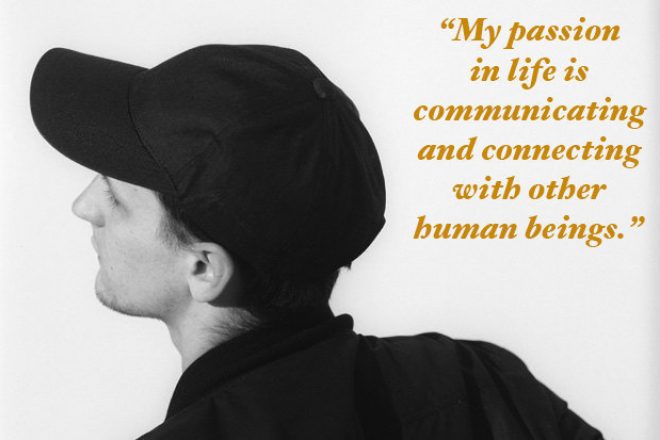 Are there any surprises on this new record?

I remember when I first started working on what I wanted it to sound like, I was really excited, but also kind of scared. I have known my manager for seven years so I always send him things and I have a few friends who I will talk to daily. But I was scared to play it for anyone, because there are a few elements to it that are very close to what I have done before, but all in all it feels quite different, at least to me, and more so than that, it doesn't really sound like anything else that is out there.


The general feeling that I was trying to capture on 'Phantom Vibrate' was one of being overwhelmed. I think I have always been most proud of the moments in my catalogue that are elating, jubilant. And with this one I wanted to take that to the extreme. It's like the first time that you do ecstasy at a festival or a big show and one of those records comes on and you can't even dance, you have to look at your friend and say, "I have to go sit down" – the pills kick in and you just have to sit there and have the next six minutes happen as you just sit and watch people. I literally tried to make that into a song. You're almost totally overwhelmed, but it is just because of how great everything is in that one little moment.

You have always stayed one step back from the limelight, has that been intentional?

I just don't like the theatrics that are related to the ego. Especially in DJ culture. Having a big photo of me in sunglasses with headphones around my neck waving my hands above my head. When I am on stage, yeah cool, I have stage presence and all that, but I'm not like clapping along to records and pointing at people being like, "Yeah! All right!"

As much as earlier I was saying that I want the artist to remain an artist, I'm not a super star; I know that's not me. I think staying one step removed kind of speaks to that as well. It's not that interesting to know everything about someone. I find that sometimes I have problems with artists that have all these tall interviews, it's like, now I know too much about them. I'm a bit of a private person, I only got Facebook like three months ago.

The other thing is, there is always something that can be said for restraint. The best things in your life, you never want them to end. I was just talking about Blade Runner with a friend the other day and he was like, "I almost feel like that movie is just too short, I just want so much more of theBlade Runner world". And I'm like, "That means it's good. If you had too much, you would be like yeah, that's just a little bit too long." The movie is perfect, because the story is short and the world in it is great. I hope that by going quiet and then releasing a record and coming back, that means that people don't get sick of me. I get sick of me, I don't want others to be. That's a good last line, let's leave it at that.

'Phantom Vibrate' is out on April 28. Pre-order digital here and physical here