It’s a typically balmy summer’s night in Tisno, a small fishing village on Croatia’s Adriatic Coast, and down by the waterfront, the fourth edition of Dekmantel Selectors is in full flow. The intimate, sun-drenched offshoot of the revered Dutch festival is generally reserved for the type of DJ who approaches their craft with a certain level of sincerity, however tonight, one act on the line-up is firmly breaking from this mould. Donning a Kim Jong-Un mask and careening through Metallica, Russian hard bass and a Melbourne Bounce edit of ‘The Final Countdown’, DJ Bus Replacement Service’s madcap set is equal parts euphoric and hilarious.

“That was my first gig back after I’d had a fairly serious illness,” she recalls. “So I really wanted the performance to be a statement of intent.” The alter-ego of Doris Woo, DJ Bus Replacement Service has spent the last few years carving a reputation around these undeniably whacky sets - blurring the lines between DJing, stand-up comedy and performance art. From full-frontal rave fodder to belly laugh-inducing skits in a matter of seconds, this disorienting maelstrom immediately smashes all preconceptions of what a DJ set should constitute.

Read this next: "Silly music": Anti-establishment artists are reclaiming dance music's funny side

There’s humour, there’s rave energy and there’s also a constant desire to throw a spanner in the works just as everything seems to be getting too comfortable. “I play techno to lull people into a false sense of security then I just slap them,” she explains, with one comment on her RA podcast likening this approach to how Andy Kaufman treated his crowd in the 1970s. This “slap” generally comes in the form of a track, sample or snippet designed to make the average punter double-take and question what the hell is happening - be that a recording of US comedian Gilbert Gottfried reading obscure Brexit provisions, mash-up of Biggie Smalls and Thomas the Tank Engine, or Christmas version of Jeff Mills’ ‘The Bells’. At a glance, it would be easy to dismiss the project as gimmicky, but scratch the surface and it becomes clear that there’s method in the madness. 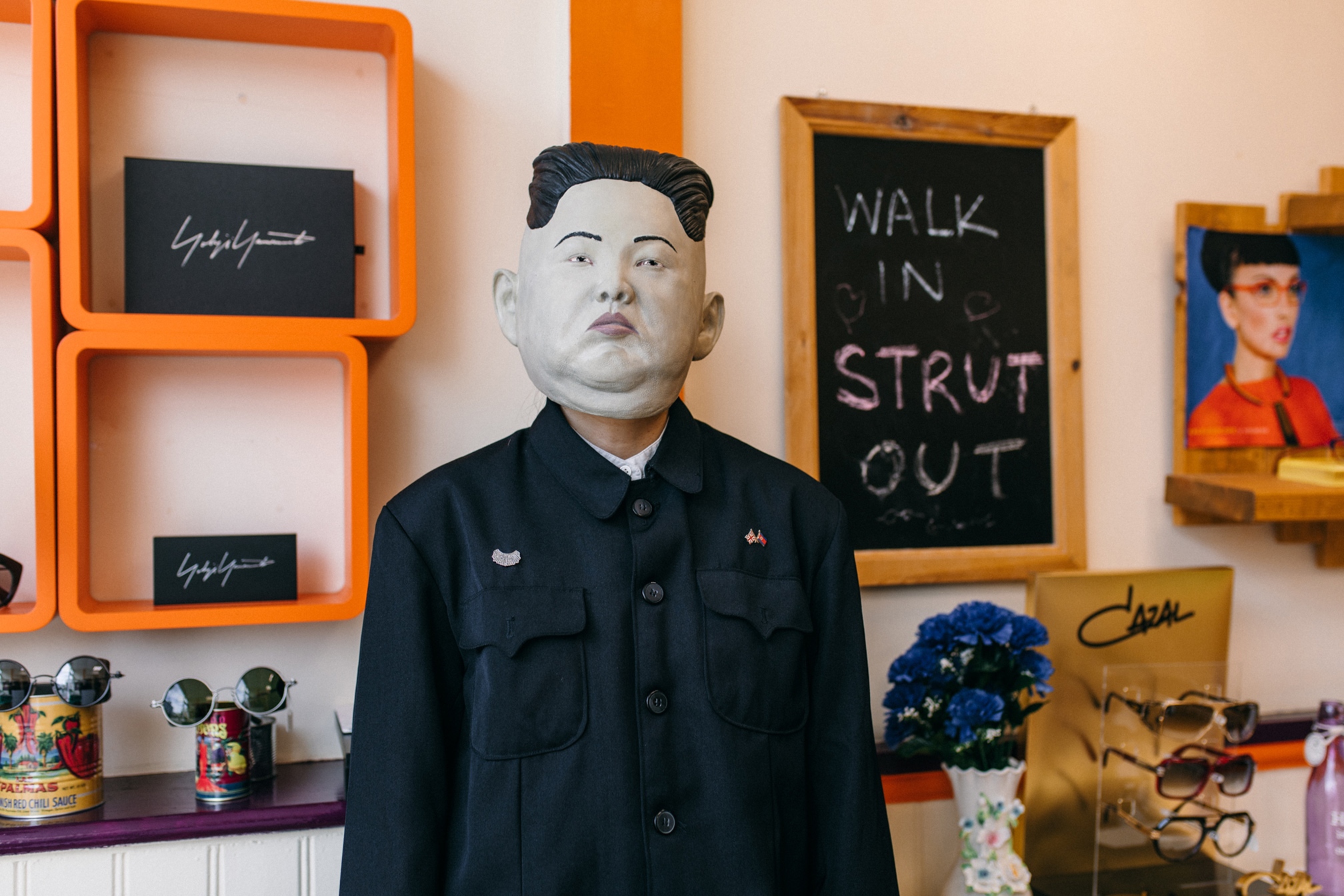 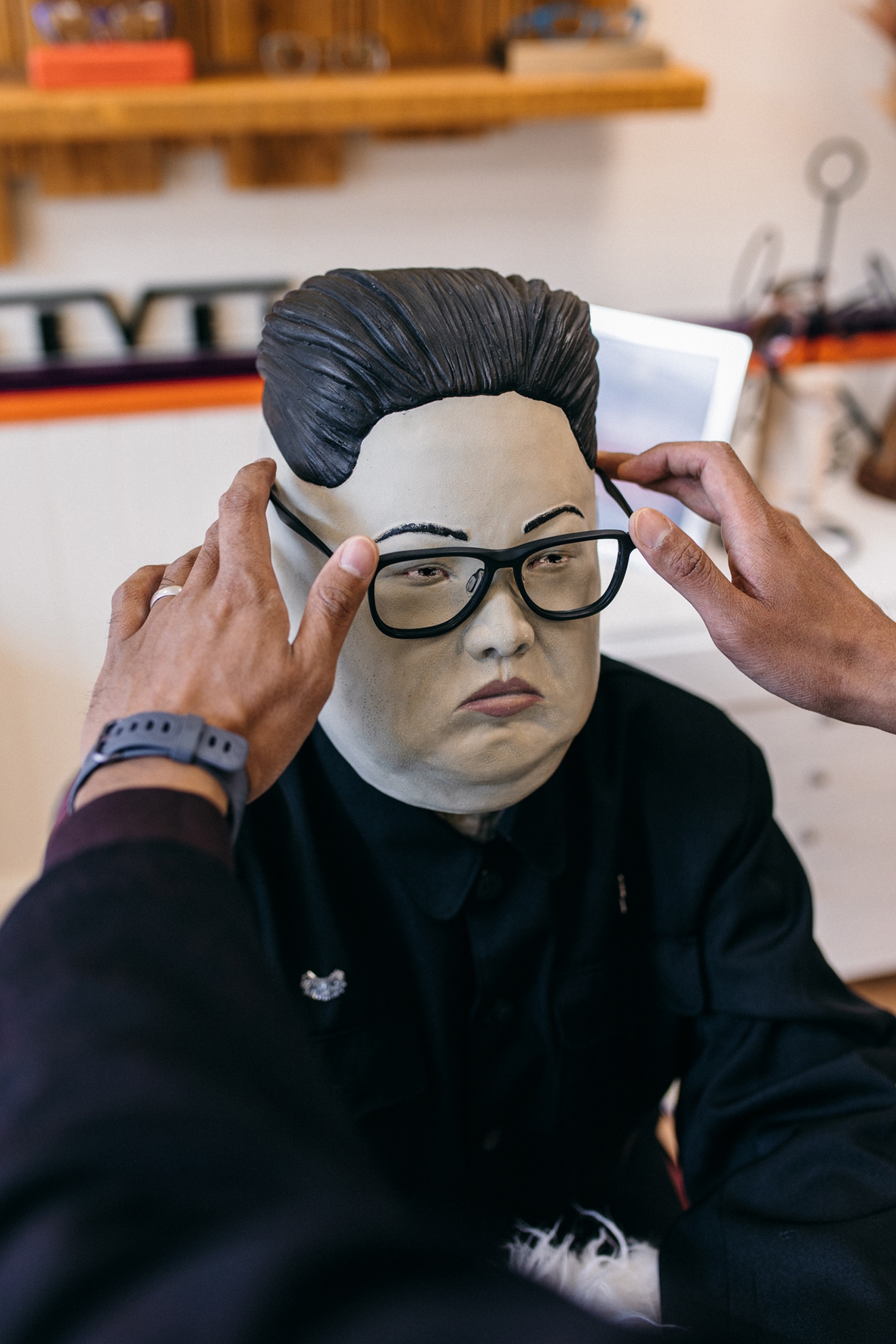 The mask, which Woo insists is an intrinsic part of DJ Bus Replacement Service (“I don’t play without it, it’d be like Mad Mike without the balaclava”), lends itself perfectly to Dadaism and surrealism, two artistic movements that she often seeks to channel when performing. “Fundamentally the mask is there to reset people’s perceptions - I want the audience to have no idea what to expect when I appear in the booth. It’s nice though because wearing it hides a multitude of sins, like you can pull faces, say ‘fuck, fuck, fuck’ if you’ve stacked a mix, basically react any way you want. The ever-present stoicism makes a nice contrast.”

The description for her contribution to the Discwoman mix series - a 90-minute recording from a 2018 gig in Milan - is an accurate representation of the formula that underpins a DJ Bus Replacement Service set. There’s “a base layer of harder techno; donk; whatever else feels right from yodelling trap to Cantonese hip-hop,” she explains, as well as tracks that will “shamelessly pander to the local crowd, in this case a handful of Italian/Italo/Italy-adjacent tracks to keep the crowd dancing and confused at the same time”.

Read this next: Milan's Tempio del Futuro Perduto is an illegal squat rave like no other

This outlandish concoction is the culmination of a lifetime of influences, music and otherwise. “You try and absorb things in your environment in the hope that they inform you further down the line,” she says, attempting to trace the roots of her sound. “I tend to absorb things without paying direct attention to them and later I’ll pull out that file from a drawer in my mind and find a way to use it.” 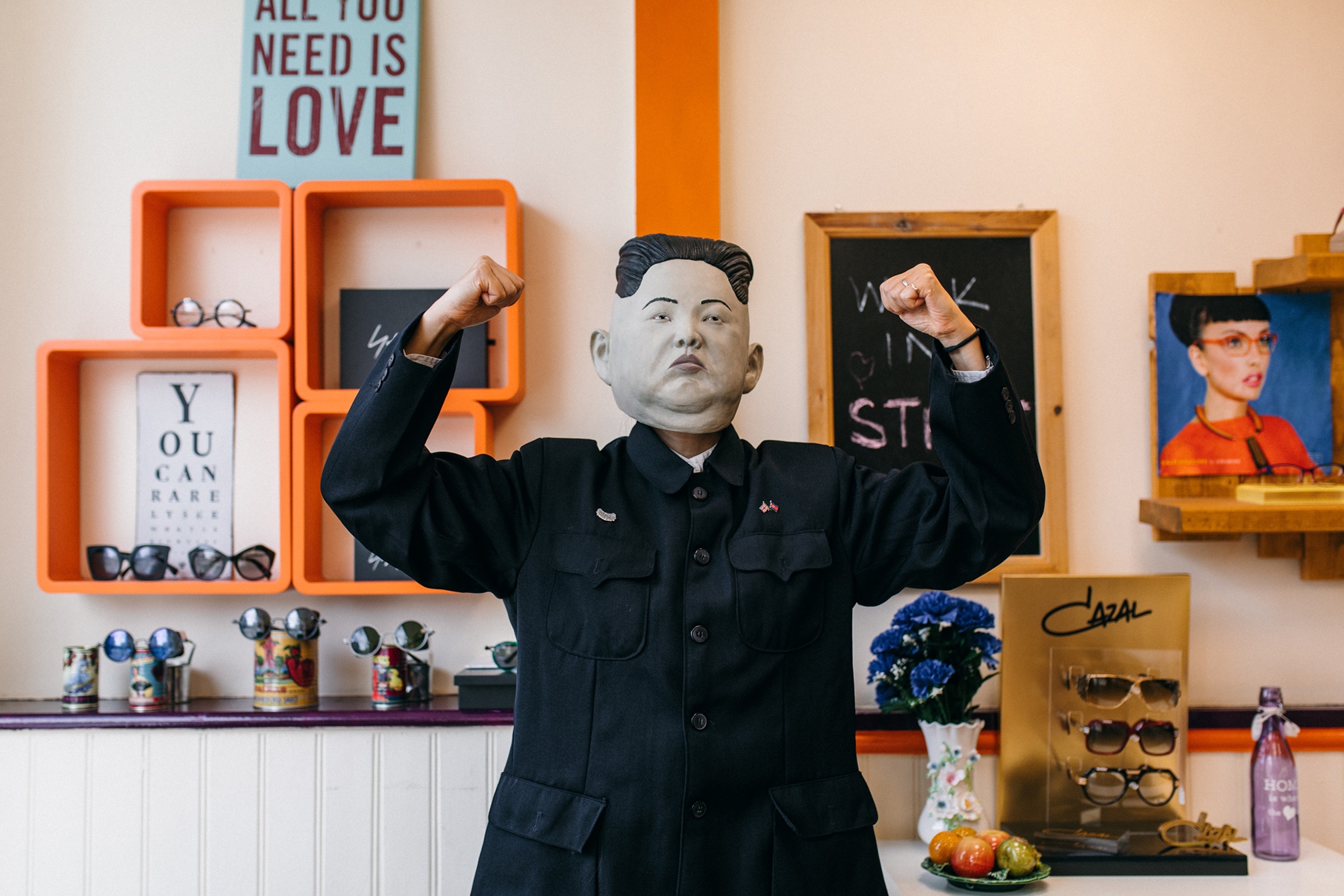 Growing up in Indianapolis as a first generation immigrant, Woo admits to being “an outlier” during her formative years, and finding refuge in comedy. “I became obsessed with music in high school a few years later but it was comedy that came first,” she recalls, citing George Carlin as just as big an inspiration as anyone from the music world: “He broke down language and words in a way that was easy even for someone at my age to understand."

It wasn’t until university that she discovered DJing and electronic music culture. Throwing herself into the Midwest’s thriving 90s rave scene, she regularly made the pilgrimage to Chicago, before being turned on to an array of European club sounds - “Mayday, Thunderdome, German trance, that kind of thing” - by a friend who had grown up in Munich. “That was the beginning of the end!” she jokes.

“Looking back, that time of my life would definitely influence what I’d do later,” she continues. “I was involved with Massive Magazine, an underground zine based in Milwaukee that had the strapline ‘beer, guns and trashy women’, and this Midwest-hick-metal-trashy-mullet culture that totally doesn’t take itself seriously became firmly embedded in my musical DNA. I was also going to see DJs like Doormouse, who would play a speedcore set and then throw in like a Latin freestyle track. I wasn’t laser-focused on any of this but it definitely all entered my brain through osmosis.” 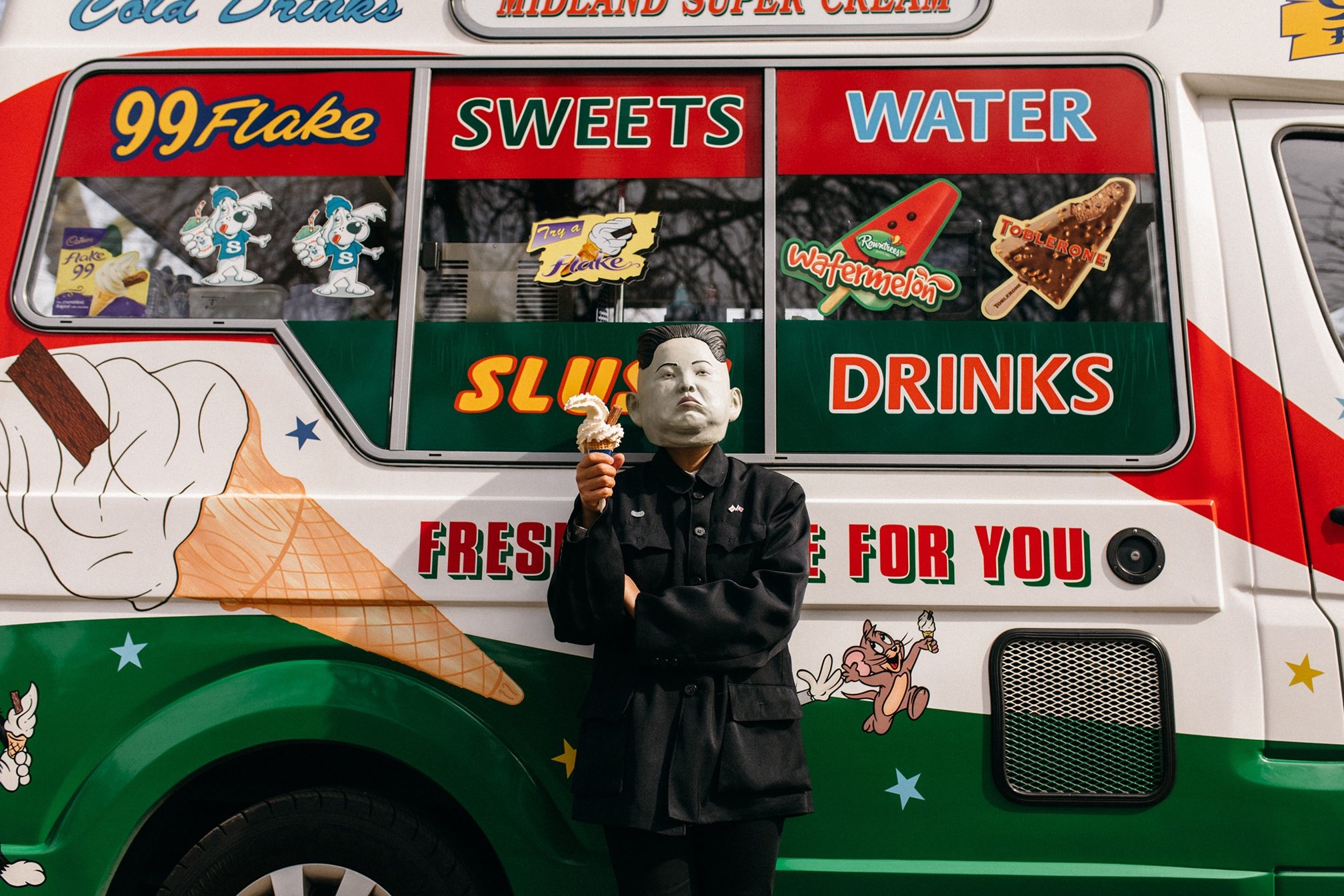 It was hearing a track from UK artist Shitmat that convinced Woo that these comedic and musical passions didn’t necessarily have to be separate entities. Five minutes of tongue-in-cheek breakcore madness, ‘There's No Business Like Propa' Rungleclotted Mashup Bizznizz’, taken from the Brighton DJ and producer’s aptly-titled 'Full English Break-fest' LP, provided the eureka moment that would later inspire the creation of DJ Bus Replacement Service. “Shitmat was an anchor point,” she enthuses. “Hearing his music for the first time on John Peel’s radio show was a revelation because prior to that I’d never heard a track that combined humour and really good production in that kind of package.”

Read this next: We spoke to the artists with the worst names in dance music

By this time Woo was living in Birmingham with her partner Anthony Child, better known as techno legend Surgeon, and the concept of putting her ideas into practice was becoming more and more realistic. She spent a number of years DJing under the radar, combining playing with a day job as a data protection lawyer. Now an in-house lawyer at Coventry University, Woo insists that this high-intensity, super-serious profession is crucial to her sanity. “If I was just crazy all the time it’d be hard to maintain that level without messing me up in some way,” she says.

As the hype around DJ Bus Replacement Service continues to rise, it’s become a fine balancing act, but she quickly dismisses the idea of quitting the law world to focus on music full-time. “I’ve previously described it as a ‘virtuous circle’ - I couldn’t do one without the other because I’d be craving the other too much. I’ve accepted that I’ve had to slow things down so that I can keep doing all the things that I love.”

Woo and Child - who occasionally perform together as Little Baby Cheeses (“The project isn’t for dancing it’s for lying on the beanbag chair - albeit gripping on for dear life!”) - have now retreated to the quaint Worcestershire market town of Bromsgrove, a somewhat unlikely base for two jet-setting DJs, but one she insists is perfect for reinforcing that balance between the calm and the crazy. “Being in that wild gigging environment on weekends, it’s nice being able to come back to the relative peacefulness of the countryside, where you can hear sheep and cows out of the back window,” she says. 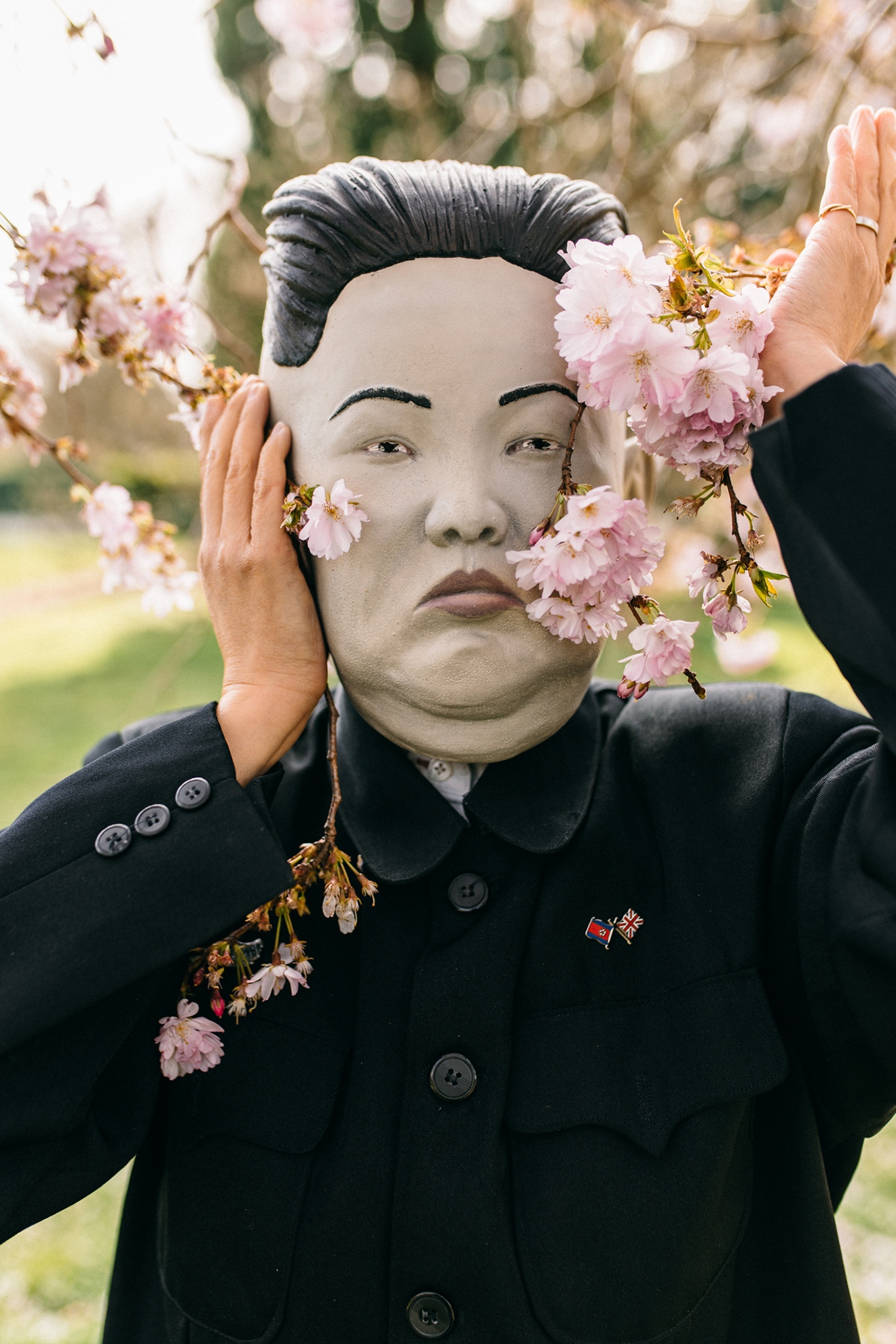 Six months on from that memorable night in Croatia and one week before the UK enters its first coronavirus-induced lockdown, Woo is relaxing in the lobby of a Central London hotel ahead of a performance at Corsica Studios. While she expresses excitement at playing at one of the capital’s best-loved clubs, it quickly becomes apparent that the Finnish Eurovision heats, also taking place later that night, are her primary concern. She is desperate to see one entry in particular, which she describes as “an absolute banger… a real Scandi-Shlager”, progress to the tournament proper, insisting it would “probably be the best entry they’d have in a generation”.

As the conversation progresses, Woo reveals that performing at Eurovision - at one of the many pre-shows or after parties rather than the event itself - is the next frontier for DJ Bus Replacement Service, also expressing that she would love to play at Tomorrowland in future. Given the EDM behemoth’s embracing of Salvatore Ganacci’s tongue-in-cheek theatrics in recent years, it’s an objective that’s far from unrealistic.

Taking to the decks a few hours later, Woo unleashes a two-hour assault on dancefloor snobbery, littering her performance with donk, hard bass, ghetto tech and other similarly maligned dance music subgenres. The “slap” on this occasion comes in the form of a brostep version of ‘Head, Shoulders, Knees & Toes’ just as the crowd are beginning to groove to a succession of comparatively straight-edge techno tracks. “It came from a Swedish pharmaceutical company that was trying to encourage children to use mosquito repellent,” she explains excitedly after finishing up. “There’s an accompanying music video of a CGI mosquito bopping to the track!”

Taking place on the March 7, it proved to be Woo’s final pre-COVID performance, with lockdown restrictions implemented in the following days and weeks halting what promised to be her busiest ever period as a DJ. Instead of a stacked calendar of festival and club bookings, a new Rinse FM residency with Surgeon has had to suffice as her primary source of musical escapism. “The Rinse show’s been a relief and an outlet for sure,” she explains over Zoom later in the year. “I felt a bit shit about something this week and then recording the show just made me feel so much better - especially because I’m doing it with Tony. Music is always a therapeutic thing for me.”

Featuring feline shoutouts, Memoji-themed promo videos and suitably chaotic track selection, the aptly-titled ‘Marital Aid’ has ensured that DJ Bus Replacement Service continues to flourish, even in the midst of an unprecedented clubbing shutdown. She has emerged as a flagbearer for a new kind of DJing - a masked crusader subverting notions of taste and forcing punters to reconsider styles of music that they would previously have turned their noses up at. 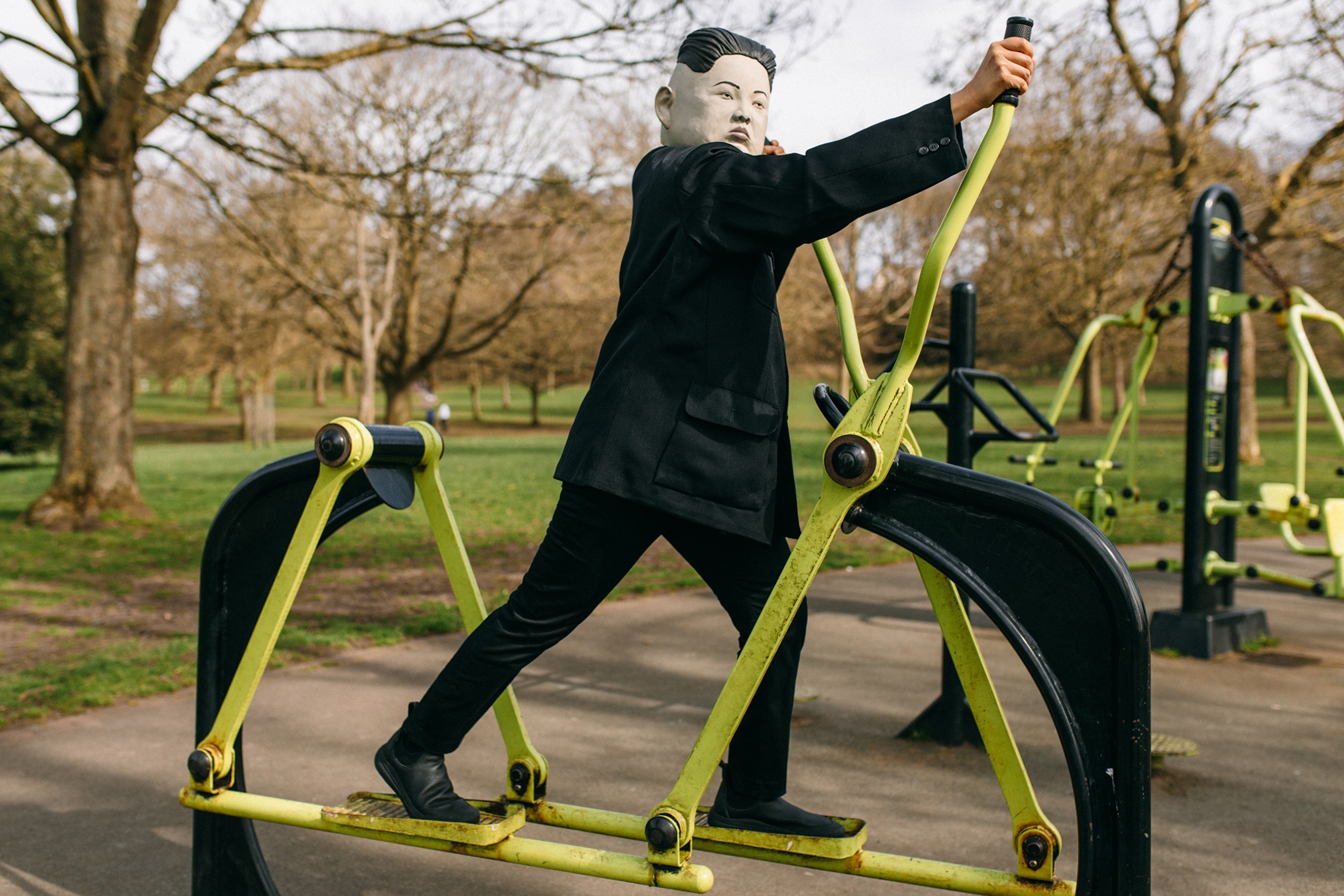 It’s no coincidence that this surge in popularity over the past couple of years has occurred during a time of immense upheaval. Even before the emergence of COVID-19, Woo spoke of the world needing “some sort of outlet” to help escape from the anxiety-inducing triple-header of Trump, Brexit and ever-looming climate oblivion. “But DJ Bus Replacement Service isn’t a response to any of that, it’s more a case of being in the right place at the right time.”

Reflecting on what might have been, Woo ultimately takes a pragmatic stance, insisting she has already exceeded all of her musical expectations. “I already feel like I’ve achieved everything that I wanted to, which is great,” she explains. “But then again I’m greedy and that’s why I want to play at Eurovision and Tomorrowland. If you believe you can do the crazy stuff it might just happen.”