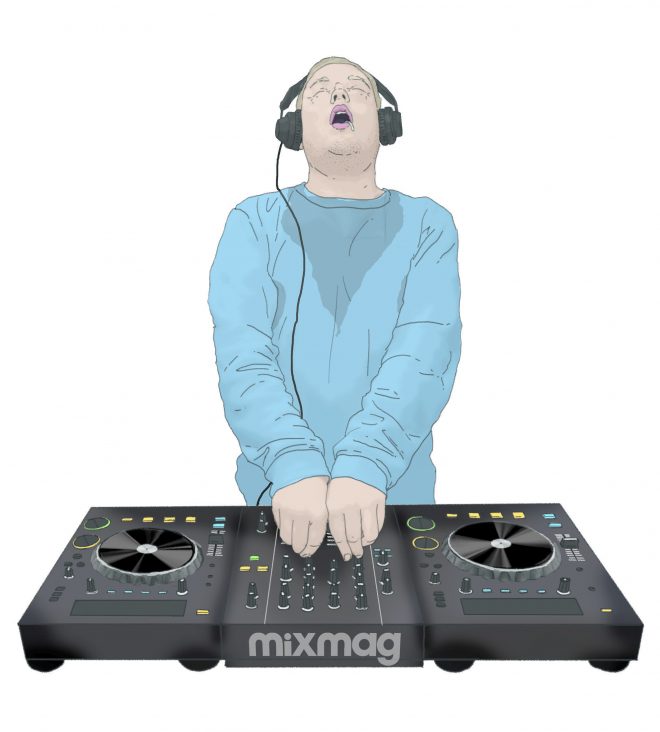 No matter how enthusiastic a DJ is, when that tricky mix comes together like sheer sonic nirvana, it's not considered good form for them to punch the air, start chanting their own name and miming a crown on their head. Look out instead, then, for the slightly disconcerting sex face of a satisfied artist, occasionally accompanied by a discharge of various bodily fluids.

Here's someone who's reached peak DJ. They've played in every country in the world, twice, and have as much love for the art of electronic music as George Osborne has for the welfare state. Look closely and you'll see them staring into the middle distance as they flawlessly mix a tune in with about 10 per cent of their brain, imagining a better life on a sandy beach somewhere, far, far away from sweaty gurners, gak-breathed promoters and the constant pounding of a kick-drum that seems to soundtrack their every waking minute.