Generally speaking, Defected seem to drive people crazy. “Defected is unlike any other music [brand] I’ve ever partied to,” says Adam, a self-professed Defected nut. “I’m here with two mates I met at Defected in Croatia. We heard about Defected Bali and thought, ‘Fuck it, let’s go’.” The three friends flew from the UK and made sure they packed their personalised Defected towels, Defected bumbags, Defected sunglasses and, in Adam’s case, a Defected necklace with lettering so big it risks giving him a Defected tan line. For superfans like Adam, this is more than house. It’s home.

Today the label is throwing their debut party in Omnia, one of Bali’s new wave of daylife venues. Omnia is perched atop a cliff overlooking the ocean on the southern tip of the Indonesian island of Bali, only a five-hour flight from Australia. Indonesia is made up of over 17,000 islands, but the Hindu Balinese government actively encouraged tourism in the 70s, while the rest of the mostly conservative islands felt less inclined to have raucous Aussies shotgunning cans on the streets at 3:AM.

An Omnia first-timer might need to scoop their jaw from the floor as they walk down the grand staircase beneath the Michelin starred Sake no Hana restaurant and onto a boardwalk that overlooks an infinity pool. At this point it’s physically impossible to refrain from getting your phone out and documenting the outrageousness on social media. It would be unfair for followers to miss out on those jagged balconies complete with plush bars or the 15’, individually contained draped daybeds, each fit for a Balinese god. There are three separate lifeguards at various intervals of the infinity pool whose sole purpose is to blow a whistle when a seductive photo shoot veers too close to the edge. 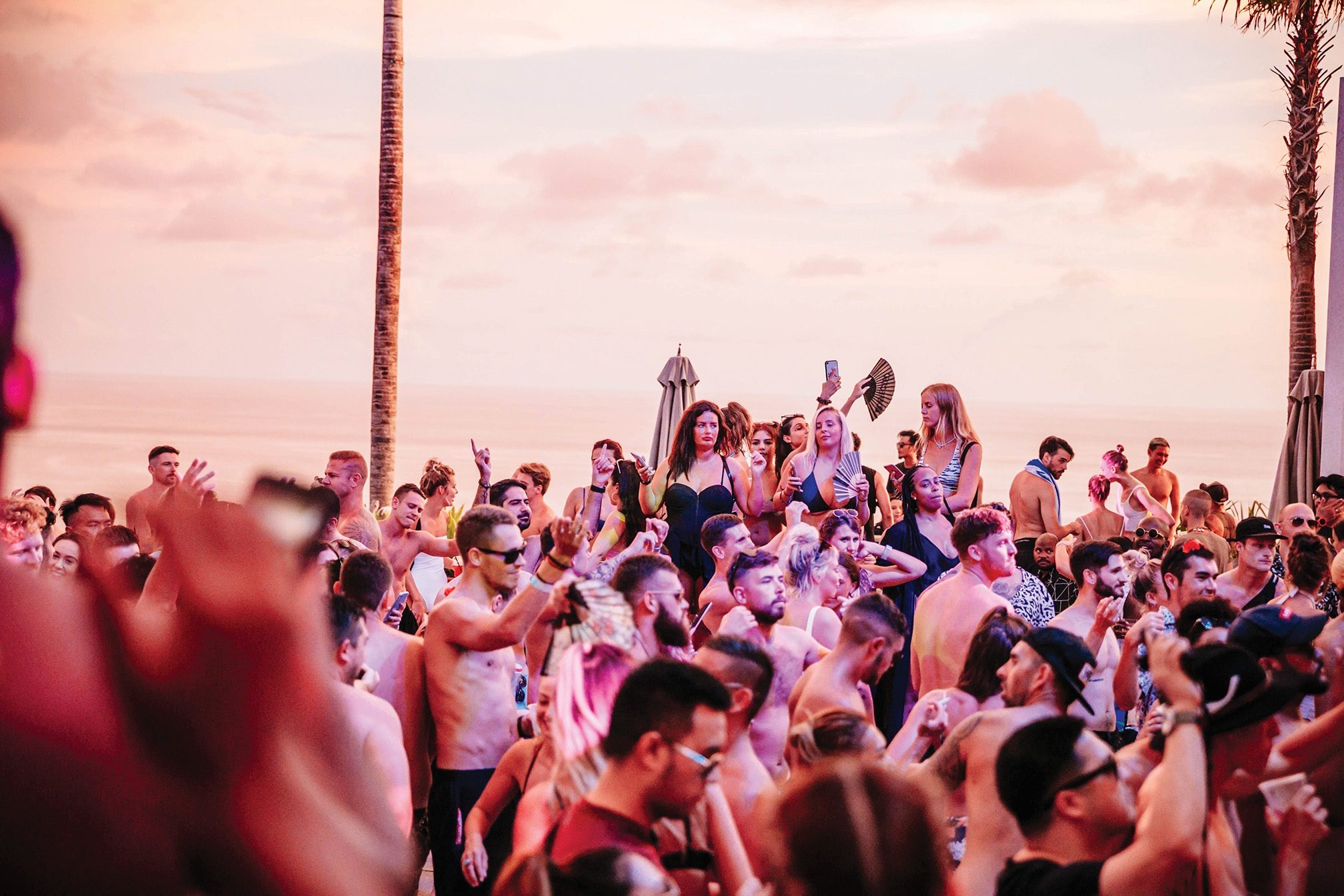 The Bali beach club boom began with Potato Head in 2011, in the resort village of Canggu on the east coast of the Island. The founders had the clever idea of combining infinity pools, beach-front cabanas and floating bars with international acts like Snoop Lion, A-Trak, Fatboy Slim and Peggy Gou. The mix of daytime lounging and world-class music proved to be a winning formula: in 2017, La Brisa and Mrs Sippy opened, then Omnia in 2018 and Finn’s Beach Club in 2019, while W Hotel Bali’s Woobar is another beachside hotspot.

For a while, Bali was to Australia what Ibiza is to Europe, but recently it’s taken on an identity of its own. The tropical house that plays in the beach clubs has become synonymous with the island and people come from all over the world to experience such (relatively) affordable luxury. Most beach clubs ask for a minimum spend at the bar rather than charging for cover or sunbeds, so anyone can waltz in and live like a Kardashian for a day. Omnia, however, is a day club, with the key difference being they focus on music rather than lifestyle and throw three parties a week for €35 entry.

Parties at Omnia fill up at around 1:PM and wrap up by 10:PM. It’s an entirely different partying pace. People tend to drink less, because being plastered in 33 degree heat isn’t very appealing, and everyone’s so exhausted by 10:PM that they’re happy to call it quits and get a good night’s sleep.

Read this next: Savage is the club at the epicentre of an underground awakening in Hanoi

Although today’s crowd is mostly ex-pats and tourists, the day clubs of Bali aren’t just for out-of-towners. Patrix Johnson is a Dutch house DJ and producer who’s lived in Bali for the last six years, running Sky Garden and now ShiShi. “The Western community and local scene inspire each other,” Patrix says. “In Bali it blends together – everyone supports each other. When western DJs came to Bali in the 2010s it inspired locals to start DJing, and now the scene is split about fifty-fifty.”

Patrix says that bureaucracy in Indonesia is one of the biggest obstacles for promoters. “For a DJ to play they need a work permit that costs €500,” he says. “Some clubs try and avoid paying, but if they get caught the DJ gets deported and banned from entering Bali for at least two years.”

Once, Patrix played a show on the island of Java. His permit allowed him to play in the city – but not in the suburbs where he was booked. When he went to catch his flight home he was put in a holding cell for three days. “It was pretty stressful,” Patrix says. “But you have to understand that Indonesia’s still a developing country.” 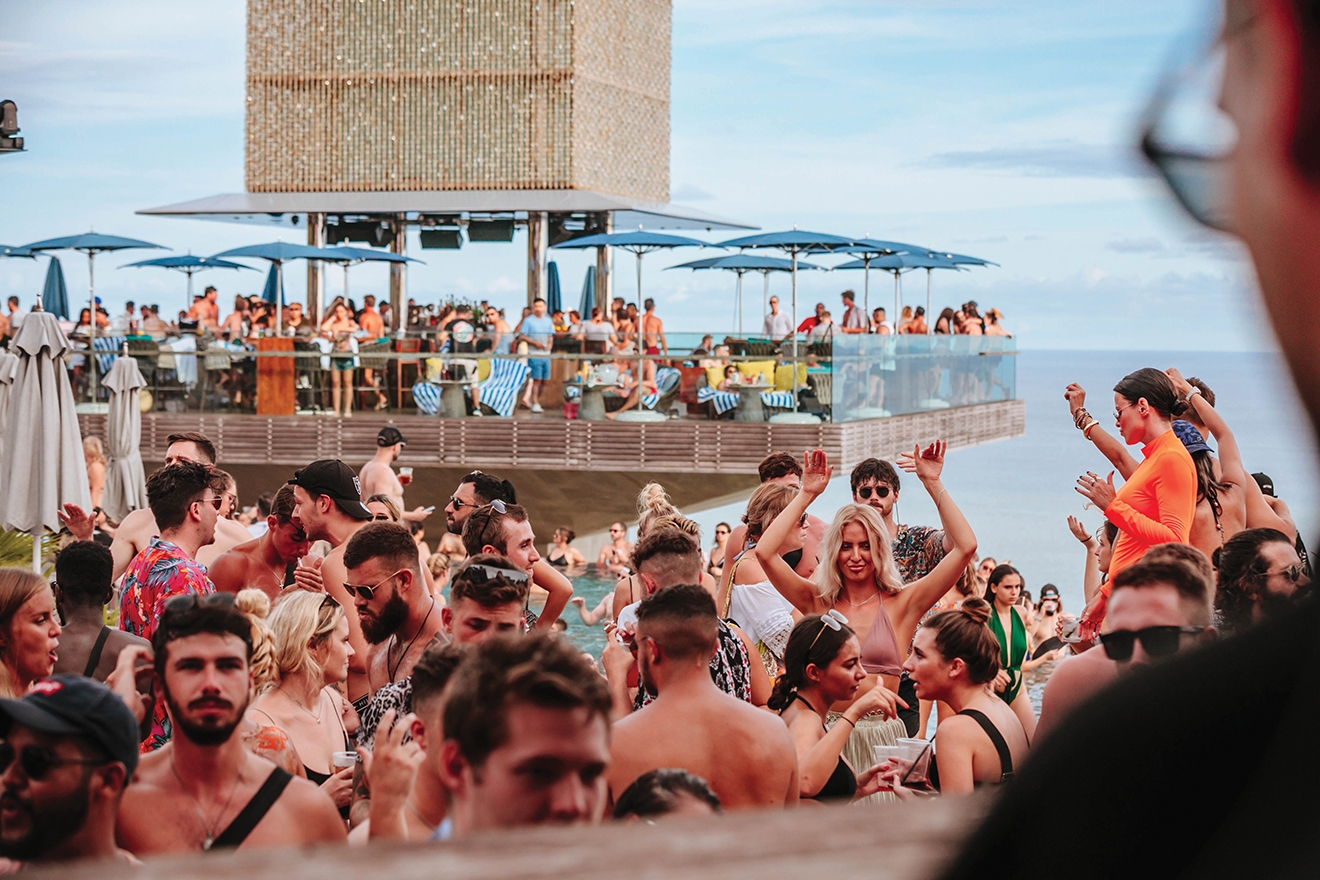 Bali might seem like a fairytale playground for music heads and party lovers, but under the surface it’s not quite so chill. Indonesia still enforces capital punishment, and in 2018, 39 of 48 death sentences were for drug-related offences. In 2005 Bali made headlines around the world when nine Australians were caught attempting to smuggle heroin back into Aus. All nine were given the death penalty, and two were executed in 2015, sparking a diplomatic row with Australia. The message was loud and clear: don’t fuck about.

All that feels a long way away today, though. It’s mid-afternoon in paradise, and Omnia’s architects have made sure the DJ booth is tall enough to cast a shadow on the dancefloor so fans won’t get sunstroke during Ferreck Dawn’s set. His slow-pumping, bass-heavy house fits the setting so well it’s hard to imagine him playing anywhere else.

Read this next: Absurd TRAX are pioneering club music's future through crisis

No-one embodies Defected more than resident DJ Sam Divine. Since joining the roster 12 years ago she’s played every single Defected party except four. That’s about 100 showcases a year, plus the other 100-odd gigs she plays each year, plus running her label Divine Sounds, plus hosting the Defected radio show. “It’s got to go out every Friday no matter where in the world I am,” she says.

It’s 7:PM and the sun has set over Omnia’s packed dancefloor so no-one’s distracted by the tear-jerkingly good views. Adam and his two mates are front and centre of the DJ booth, head-to-toe in Defected gear, arms in the air, cheering as Roberto Surace plays his closing track.

Sam – long blonde plaits, glasses, oversized tropical print shirt and dimples – hugs her comrade as she steps up to take over. She drops Alaia & Gallo’s remix of Bobby D’Ambrosio’s house classic ‘The Day’ while two jets of ice-cold air pump over the crowd. Even the most po-faced of influencers drop the pout and lose their shit. And they won’t have to miss out on any beauty sleep, either.