As far as house music veterans go, Danny Howells is an artist that is far and away one of the most seasoned DJs who continues to make music to this day. Having graced the decks since the early ‘90s, Howells first made a name for himself as John Digweed’s go-to opener for his seminal Bedrock club nights in Hastings, UK. With releases on Jackpot Records, Balance, Ministry of Sound, Sex On Wax, and Global Underground - which provided the world with his celebrated ‘Global Underground 027: Miami’ mix CD in 2005 - Danny Howells is an artist who is bound to get props from any electronic music snob worth their salt.

Between Howells’ experimental techno wanderings as Squelch in the mid ‘90s and the gripping tech house works via his Dig Deeper imprint in the late 2000s, Danny Howells’ electronic output is as flexible as it is historically sound. Following a “massive” hiatus from producing, Howells has recently teamed up with fellow rave pioneers Dave Seaman and Darren Emerson as 3D - a classy new project which successfully shows off the depth of the trio's collective dance music knowledge. 3D has recently released their self-titled debut EP via Dave Seaman’s Selador imprint.

Danny is slated to play Miami's Rapture Festival during Music Week on March 22 on The Soundgarden Stage alongside Nick Warren, Hernan Cattaneo and more. Ahead of his performance, Mixmag chats with Danny Howells to discuss the artist’s past, his return to production with 3D and his heartfelt activism on the behalf of animal rights. Read the interview below.

Secure your tickets to Rapture Electronic Music Festival here and be sure to catch Mixmag and WAV's live stream of the event with tiNi and Manfly (Audiofly + M.A.N.D.Y). 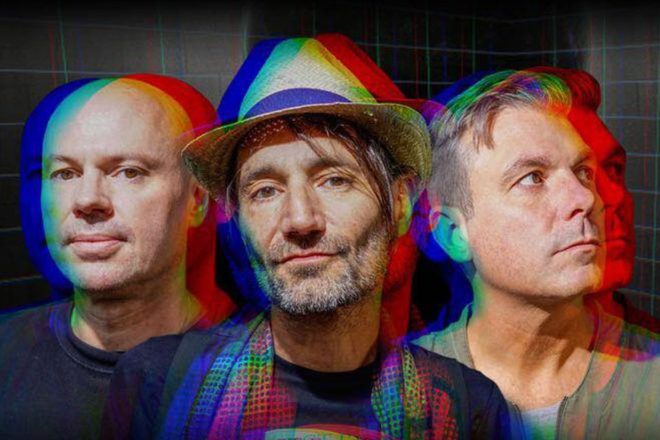 You just put out your first original track in six years via Selador. How does it feel to have new music out again?

I had such a massive hiatus from producing, and I didn’t realize how much I was missing it! Taking a break did me a lot of good as it’s pouring out of me and I’m totally buzzing about it again. 'Earthlings X' was the very first one I made and I’m chuffed with how it turned out. Hopefully it has a timeless appeal as well. We shall see!

Has your production process changed at all following your studio hiatus?

I’m working with a new engineer now (thanks to Dave and Darren hooking me up) and he really inspires me. Plus, we get on really well, which obviously helps! I think the main difference now to how I was years ago is that I’m a lot more relaxed. In my first years of producing there were times when we spent a whole day on a hi-hat. Sometimes, we would do about 15 mixes of a track before we were satisfied, by which time the buzz had gone off it. There are certain tracks I have so many mixes of, and if I listen now I honestly can’t tell the difference between them.

Can you take us back to your initial meet with John Digweed and your Bedrock club nights?

I knew John before I started DJing, as he was playing local clubs and I’d always be harassing him to play The Smiths or The Cure. Later when I got my first decks, a mate gave him one of my tapes which led to me opening for him. I was a complete nervous wreck! I totally thought I’d blown it. But to my surprise I got asked back. And I was a nervous wreck all over again.

When did you first meet Dave Seaman and Darren Emerson? What made the three of you decide to hit the road together and start releasing tracks as a squad?

We all met years ago. I met Dave in the early 90s and we hit it off straight away. I met Darren a few years later and it was the same. We ended up being booked for Ministry of Sound and we had such a good time that we started discussing making it a regular thing. I wasn’t sure it would really happen, with us all having our own diaries and separate agents, but I credit Dave for being persistent and really taking control and making it work. We’ll be working on a second EP very soon, as well as looking at a possible remix EP, and hopefully we’ll all get in the studio together as soon as our diaries allow.

What inspired the name 3D?

It’s just our names! Again, I think that was Dave’s idea. He should get a higher cut than me and Darren!

What's your favorite part about playing in Miami?

Surprise surprise, I’m not a beach guy, but I always love Miami as it has so many special memories for me. From my first gig at Groovejet, to the Space gigs, the epic Deep Dish and Tenaglia nights during Conference, to doing the Global Underground album etc all the way through to more recent nights at Do Not Sit, Electric Pickle, Treehouse etc. I’ve had so many great experiences there and the best thing is that there’s always another one just around the corner. 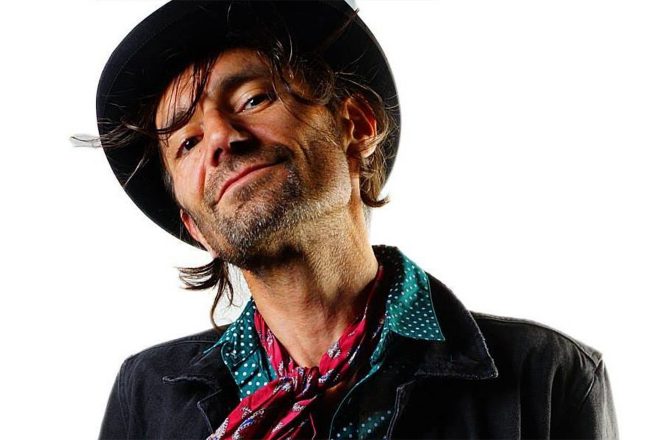 You are an avid animal rights activist. When did you first start protesting fur, factory farming and animal abuse?

I started questioning the whole concept of eating animals quite a few years back, as I’d spent the bulk of my life blissfully unaware of what harm my habits were causing. My main “epiphany” I guess was when I got upgraded on a flight and had a steak. I cut into it and my plate was full of blood. It really threw me and I went vegetarian straight away, and immediately started researching dairy, eggs, clothing, toiletries, etc, as well as becoming more aware of the damage that we were doing to the planet - going vegan was the only option. As is often the case I didn’t feel that was enough - I made a resolution in 2016 that I would get involved in activism and that, along with going vegan, was the best thing I ever did.

Do you have any thoughts on how activism through music festivals could be achieved with noticeable results?

We (3D) are playing a festival soon called Techno for Humanity. It’s a free event and each artist gets to donate their fee to the charity of their choice. That’s obviously one way of making an impact. What Rapture Festival are doing with their focus on ocean conservation is another. Anything that helps raise awareness is a good thing.

For me personally, I’m still working on how I can further combine my music and activism - so far it’s extended to doing things like fundraisers and so on, but it’s something I really want to work on. I’ve heard many people say that artists should just “focus on the music” but I think that’s nonsense. Everyone, no matter whether you’re in the public eye or not, has a voice. We should not be afraid to use it.