Skrufff (real name Jonathan Adderley) had been battling cancer, keeping the illness a secret until days before his death on Friday March 6 so that people wouldn’t treat him any differently. “He slipped away peacefully and painlessly in his sleep [at Charité hospital in Berlin], held by me sleeping curled up next to him,” his wife Fidelity said.

Widely loved and admired for his gentle, energising persona and distinct punk style, Jonty was extremely giving with his time and energy, helping everyone and anyone he could. Due to his kind and generous nature he had a global network of friends and acquaintances, bringing joy to countless people around the world.

He was a prolific conference attendee, curating, speaking and interviewing at numerous events around the world, including ADE, where he was a regular face on panels and in the streets of Amsterdam. He lived in Berlin, becoming a resident at Sisyphos in 2012, applying his knowledge and flair for electronic music to the DJ craft utilising four decks to create mesmerising, layered sets that would enchant the dance floor.

Jonty also turned his hand to production, exploring themes around death on his latest EP ‘Near Death Experience’, on which he was processing some of his emotions and experiences, thinking about death and what he already knew about it from a near-fatal accident in the eighties at Danceteria. On the productions you can hear the haunting sounds of an MRI scanner.

After falling in love with the rave scene in the early nineties, Jonty’s life revolved around dance music for the best part of three decades. Prior to that he was involved in the punk scene, living in New York, where he was a member of a band called Latex Sex Camp. He also worked at infamous club Dancetaria for a while, where he had a near-fatal accident in an elevator shaft. “I soon learn that I’ve survived six usually mortal internal injuries (liver, spleen, pancreas, gallbladder, colon, severed bile duct), and I am something of a medical miracle (additional injuries include one broken arm, three fractured ribs and loads of second degree burns all over my back- the flesh has been literally burned off by friction),” he wrote on his website Skrufff.com, describing his experience of waking up after an eight-hour operation to save his life. The accident was a pivotal moment, giving him a more spiritual outlook and resulting in his return to the UK to immerse himself in rave culture.

His journalism career began in 1992 when he started to freelance for pop and rock titles including Tutti Frutti and Metal Shock (Italy), 3D World, Onion and Zebra (Australia), Caravan (Thailand) and British music mag Rock CD. A year later he joined NBC’s Super Channel as an interviewer. During his time with the channel he interviewed hundreds of artists including Celine Dion, Chemical Brothers, Phil Collins, Radiohead, Aerosmith, Massive Attack and Blur, alongside virtually all of the world’s greatest living jazz legends, including Herbie Hancock, Chick Corea, Sonny Rollins, Wynton Marsalis and Weather Report for a show called Talkin Jazz.

He has been deeply connected to dance music since the early 90s, making connections with a wide network of characters from all over the world. This gave him a broad understanding of the world’s numerous dance music scenes and earned him a key role at Muzik Magazine, which launched in 1995. One of the most respected and influential dance music publications of that era, Jonty was intrinsic to the magazine’s growth and appeal. 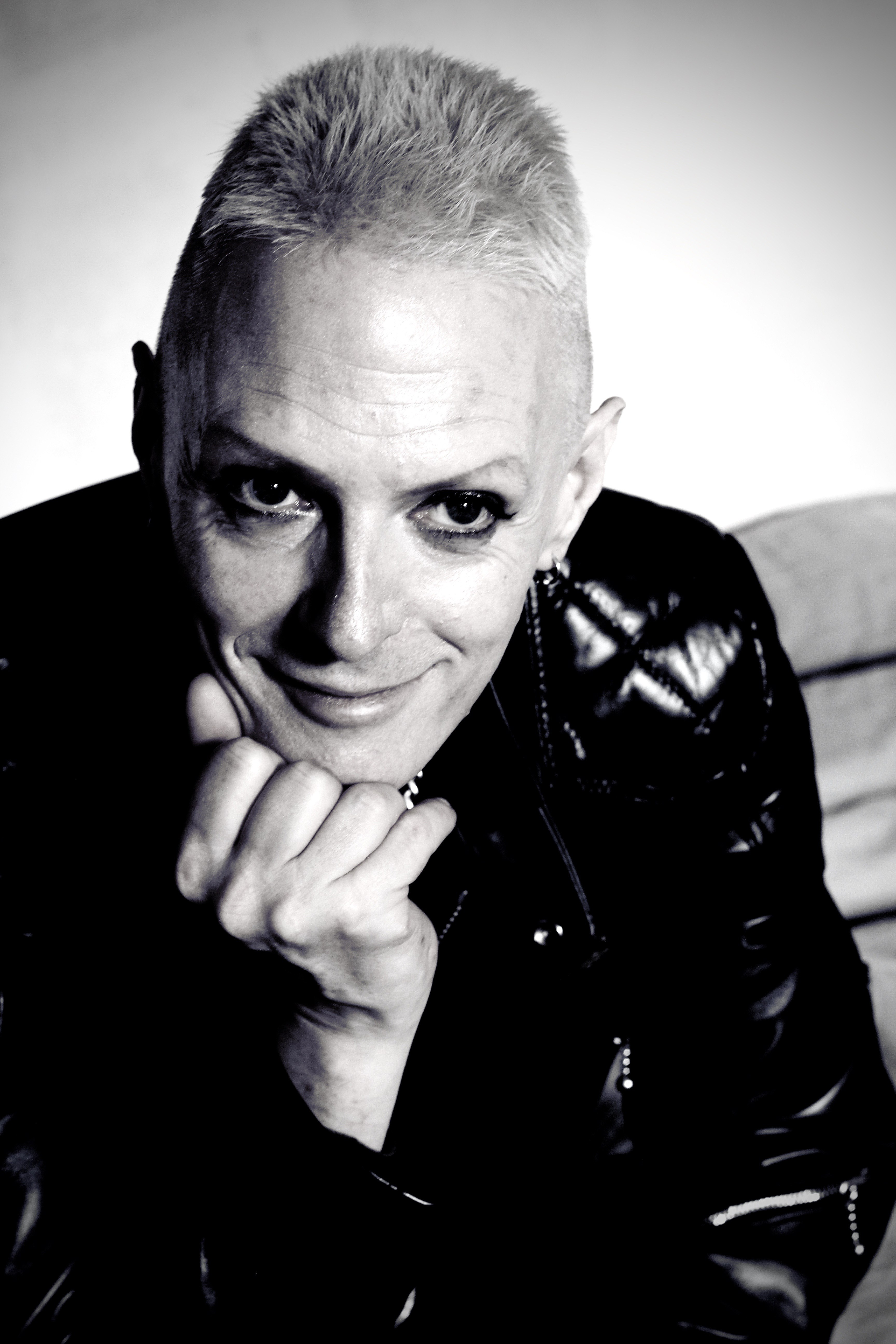 “We first encountered Jonty in 1994 at the small hidden offices of our beloved Muzik Magazine at IPC Magazines in 1994. Pioneering journalist Push and myself were locked away on a secret magazine, designed at the time to give Mixmag and DJ Magazine a run for their money," explains Ben Turner, co-founder of IMS and AFEM. "Jonty Skrufff walked into our meeting room and pitched about ten wild international stories about global dance music. At the time, my head was very in the world of Detroit and Chicago (and London and Glasgow), and he came with a whole different perspective on what was popping around the planet from his travels and his totally unique network and approach to the culture. We were mesmerized and immediately commissioned him for a series of stories and so the relationship began."

He was also the brains behind ‘Thirst Aid', a campaign that aimed to encourage Britain’s clubs to provide free drinking water for revellers. Clubs that offered free water were highlighted with blue tap icons in the magazine, with readers encouraged to inform Muzik Magazine of any clubs that didn’t give out free water. Just a year after he launched the campaign all British clubs were required to provide free and unrestricted access to cold drinking water by law, a policy that remains in place in the UK today.

Jonty always maintained a forward-thinking outlook, becoming an early adopter of the Internet in 1996 when he set up the first major label club culture website Dancesite for EMI. By 2001 he was operating independently, pioneering e-zines, championing queer culture to a wider audience and blogging via his own site Skrufff.com. He penned a particularly salacious newsletter which took aim at anyone and everyone he decided was in need of a truth bomb or two. Jonty’s truthful and sincere nature was always at the root of his campaigns and he was never one to shy away from giving honest opinions on topics or calling out behaviour which was unjust.

“I first met Jonty back in 1996 when he was the editor of Dancesite, EMI’s dance music and clubbing e-zine. He was arguably one of the first music bloggers, back then UK Dance ran a digest twice a day and there were only a handful of electronic music sites across the world, but he had a vision for electronic music journalism on the Internet," says Matt Learmouth, Managing Director of Alchemy PR. "Jonty gave people like me a chance to write about the music and scene we loved, and this is something he did for decades.”

Jonty started DJing in 2004, quickly picking up sets at fabric in London, and Pacha in Ibiza, where he spent a season as resident for David Guetta’s F*** Me, I’m Famous party. This was a critical time as he made the transition from music journalist and blogger to a touring DJ. It was a smooth transition, thanks to his deep knowledge of music and his commitment to the craft of DJing. “Alex Silverfish gave me invaluable advice, much of which I still follow today, including one memorable tip: 'Never underestimate how many DJs there are in the crowd',” Skrufff told DMC World in 2017.

Over the years he’s played all over the world from Japan to Lithuania and Bosnia to Brazil. Speaking of Brazil, he had an uncanny resemblance to the Brazilian rock star Supla and was often mistaken for him on the streets of Brazil (where he spent a lot of time). Jonty usually just went along with any cases of mistaken identity, posing for photos and signing autographs.

Jonty’s sense of personal style was a key part of his identity. Adopting the outrageous punk style in the eighties he sported a 12-inch mohican for most of the time he was living in New York, dyeing it pink at one point. When he returned to the UK he maintained his alternative fashion sense, leaning towards androgyny on occasion and staying true to the punk aesthetic for the rest of his life. You could spot him a mile off with his spiky blonde hair and distinct outfits.

In 2008 he moved to Berlin, joining Sisyphos as a resident in 2012. There he became renowned for his multi-layered, virtuoso approach to DJing, utilising loops and hot cues to create brand new edits and reworks on the fly. He recently curated and compiled Sisyphos’ 'Hammahalle‘ compilation, which included releases from his good friend Daniel Miller, Marco Faraone, Anja Schneider, Arjun Vagale plus Jonty himself and more. He also co-produced and co-presented a long-running weekly radio show Berlin Soul (with wife Fidelity Kastrow). A year after his move to Berlin Jonty had his first release, a remix of Motor ‘Death Rave’ on Shitkatapult. Over the next decade he produced a string of releases and remixes on labels such Black Butter, Punch, Advanced Music and Sisyphon.

Over the past 19 years he has remained one of the most active members of the dance music community, the ‘king of conferences’, becoming a brand ambassador at Pioneer in Berlin and even picking up a French Quartz Award (the equivalent of a Grammy) for his remix of Motor.

As a member of the dance music community he was a prolific, dedicated trailblazer. As a human being he was a kind, gentle soul. An inspiration. Jonty Skrufff, rest in peace.