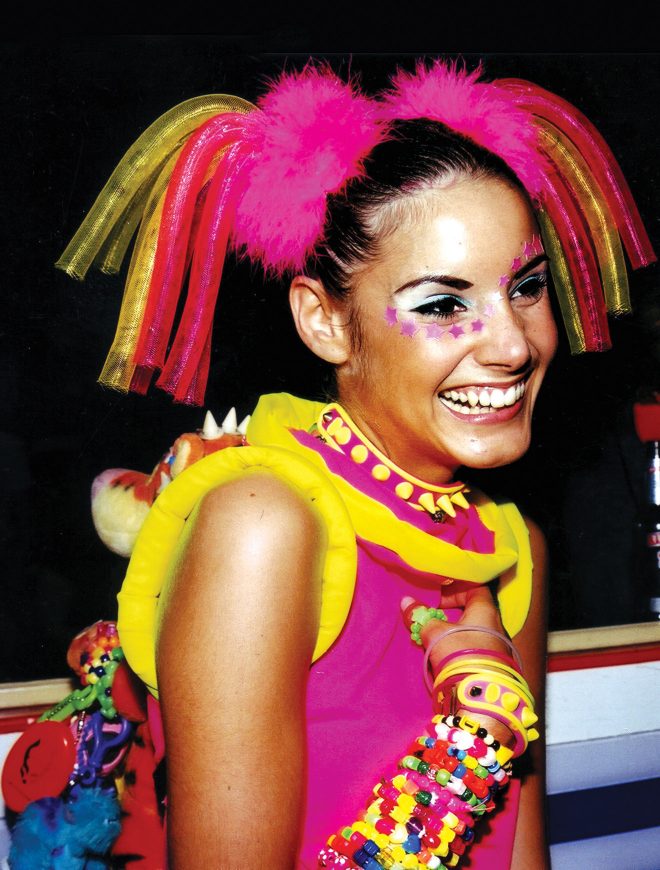 In the early hours of March 7, 1999, 20-year-old John Easterbrook was taken violently ill on the dancefloor at Gatecrasher. He died later in hospital. The inquest's verdict was "death by misuse of drugs". The next month, Mixmag reported that Judge Jules was planning an "amnesty box" for rave toys. 'Leave your dummies at the door' was the message. Rumours quickly spread that it was a conspiracy between promoters Simon Raine and Scott Bond, along with cohort Jules, to spoil the cyberfreaks' fun, to stop them dressing up and enjoying themselves.
Probably closer to the truth was that the ferocity of the cyberkids' clubbing was getting out of hand. Comparisons with New York's Club Kids of the early 90s had been drawn. Both dressed up, made their own outfits and wore face paint. Both took a lot of drugs. And both had the capacity to self-destruct.

What the clubbers didn't understand was that the soon-to-be-famous glowstick ban at Gatecrasher was more about slowing the escalating cyberfreak culture of competitive pill-popping than it was about sapping individualism.

It was meant to stop things getting out of control. The cyberkids were, and still are, angry with their club. The more Jules spoke out against rave toys, the more they stuck to their space-age rayguns.

By summer, a hierarchy had begun to develop within the ranks of Gatecrasher clubbers. There were the high-ranking 'Crasher Kids, the apprentice 'Shinys' and lastly the 'tourists': normal clubbers who came for the experience. The divisions began to cause rifts.