One 'Crasher Kid told a magazine they "lived to be photographed". The main players took up residency on the railings of the stage, backs to the dancefloor, and gossiped about who had the most press – Andy Bonner told Mixmag there had been jealousy after he appeared in the mag. UV Lee was often seen quaffing Champagne in the booth with Jules. Andy heard himself talked about on Zoë Ball's radio show.


When asked if he still enjoyed the music and dancing, Andy said: "It's alright. But I've had to get dressed up twice this week and it takes ages".


The double dressing-up was due to Andy and Lee's appearance at the Ericsson Muzik Awards. Dave Beer threw a bottle at them when they collected an award for Gatecrasher. It didn't miss.


Nor were old-skool Crasherites impressed. Little Jon had flown 5,500 miles to be at Gatecrasher's fifth birthday in September. "I thought there was a lack of originality in the 'Crasher Kids' outfits and, to be honest, some had an attitude. They climbed onto the railings in front of the booth, blocking the view from the dancefloor. Then they sat waving their arms totally out of time with the music. At the end they stood there, too monged to dance. Some even sat on the dancefloor. I tried to talk to them but they were too up themselves to talk to a stranger. By the end of the night I was nearly in tears. This was the place where I had spent the best moments of my life, where I had laughed, cried, sweated profusely, fell in love and had my heart broken. Who were these people to come along and take that away from me?" 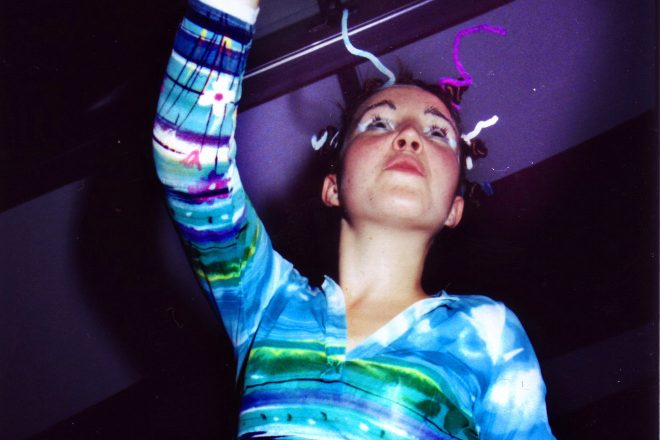 Gatecrasher is full to bursting on a Saturday in late October 1999. There are boys with spiked dog collars and red hair, homemade Gatecrasher lion T-shirts and Cyberdog trousers. The girls sport the odd hair toy, but are largely in standard club gear. UV Lee is still in his multi-coloured cycling shirt with flashing Gatecrasher badge, but he's easily the most alarmingly dressed. A lot of the cyberfreaks have opted for monochrome or are in camouflage colours. There are no foam letters, no glowsticks and hardly any flashing fairy lights.

A lot of 'Crasher Kids congregate on the stairs at the side of the club, letting in friends through the fire exit. This is where Mixmag meets Andy Bonner and Shiny Matt. Andy asks whether we know if there is going to be a total ban on dressing up, as one of the 'Crasher Kids had been turned away at the door the previous week. Matt looks on in admiration then introduces himself by showing me his McDonald's badge with 'SHINY MATT' and five gold stars on it. "We always go there before coming to the club", he says, "and they always laugh at us. But one of them made me this". Matt is part of a new generation of truly fanatical clubbers: "I went from Creamfields to Sundissential and back up to Gatecrasher in one night to hear Paul van Dyk," he says. He loves music. He loves dancing. And he likes wearing flashing lights and spiking his hair.