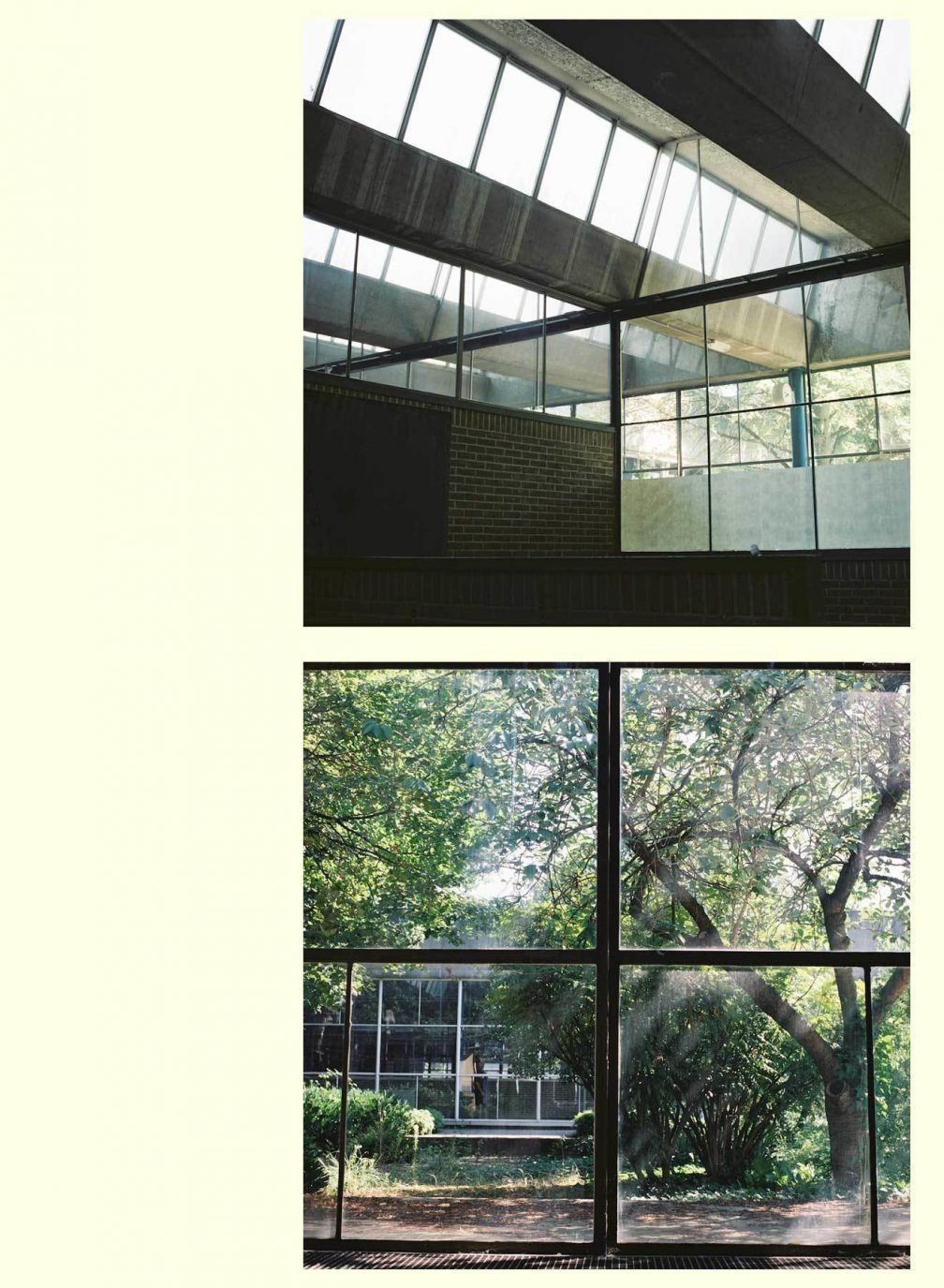 First of all can you tell us a little bit about the club?

The special thing about the club is that it is an old technical school built at the end of the sixties. It’s very industrial so when we found this place we realised it actually functioned really well as a club space because the whole building is so solid. It’s meant for a lot of people and a lot of energy because the guys doing a job back in the day is similar to a dancing crowd where you have a lot of people moving.

It’s based in a place they call the old West of Amsterdam and a variety of young, nice, cool people are situated there.The building is quite a big space and we instantly had the idea of doing different stuff in there. There’s a restaurant where people can eat and there’s also a surprise menu with fresh fruit and vegetables.There’s a café, a gym, a concert venue, gallery space. There’s a terrace and there’s a garden. We have this DIY approach to it all. We didn’t change a lot [of the building], we just tried to give it life.

The club is in the basement, which used to be a bike garage, so there’s a low ceiling with a solid space that’s quite dark. Also we put minimalist lights in there, we sorted out the acoustics, we put a bar in there and I think we did most of the painting in about two months. We gave the whole thing these new functions and people have just helped by volunteering. We just had party people coming in on their bikes asking “Can I help?” and they stayed for a week, even during Christmas and New Year. People just wanted to see the space and they wanted to contribute and participate. It was a nice project.

You mentioned a lot of people contributed to the help of setting up De School, do you think that’s because Trouw was such a popular club? How does it compare to Trouw?

Of course there is a reputation that contributes, but with Trouw the point to why it started was a lot different. Now there is a lot more happening in Amsterdam and many more clubs. I think that the main difference with De School is that it has way more functions than Trouw, because it was really only open at night. I think as a club, Trouw managed to create an identity around the locals. The DJs knew the club, they would come on their bikes with their records and I think that’s something that we are trying to continue here. Also, our spaces are different: Trouw’s main room had the high ceiling, beautiful lighting and also the sound is different because of the identity of the space. It was very much another experience whereas at De School, there’s a low ceiling, it’s dark and you can get lost. You have to walk and find your way through the darkness. I think because of Trouw’s success we were a bit scared but we wanted to offer something new.

You were a resident at Trouw. Do you think that experience has helped you become a better booker?

Yes, being a DJ really helped me with the job and it made me think about everything in a different way. I’d see and hear other DJs and think, “Wow I could never do this because it has a different personality from mine.” But I think if you just go out and you listen to the music, you’re really just judging things from your own taste but as a DJ you start to see the difference and appreciate it even more. It’s happened with a few residents; I look at them in a different light now.

There are a lot of Dutch DJs playing at the moment, you’ve got Deniro, you’ve got Job Jobse. Are you going to try and bring focus towards Dutch artists?

Yeah, I mean when there are two DJs playing, one could be from Germany or the USA but it’s always nice if there’s a solid base of DJs that know the club. Most of the DJs, even when they’re not playing, come to see me in the week, have a cup of coffee and talk about the nights they can host because they know the sound of the club. I think at every night there should be at least one local DJ playing, one who knows the club and then we can have the guest also from the Netherlands or elsewhere. We have so many great DJs here based in Amsterdam, it’s great.