“Leave your soul at the door,” instructs a welcoming pink-haired lady as Mixmag steps inside CRANE, the new mega-venue Birmingham has been waiting for. Big enough to rival London’s Printworks, it’s got a 2,500-capacity main room with tiled floors and exposed brick, and overlooks a canal in Digbeth; it’s got an industrial aesthetic and a warehouse feel.

“There’s never been a venue like this in Birmingham,” says Fabian Phipps, the assistant artist booker for The Rainbow Venues, CRANE’S umbrella club. “As soon as you walk in, it’s like, ‘Wow!’” He’s not wrong: the closer Mixmag gets to the front, the more we notice the sheer scale of the Victorian building. As the lasers flash overhead like a rainbow, it’s impossible not to be hypnotised by the spiralling strobes. As well as being the perfect fit for tech-house marathons, the main room is used for Bongo’s Bingo on Friday nights (rave intervals and dance-offs included). 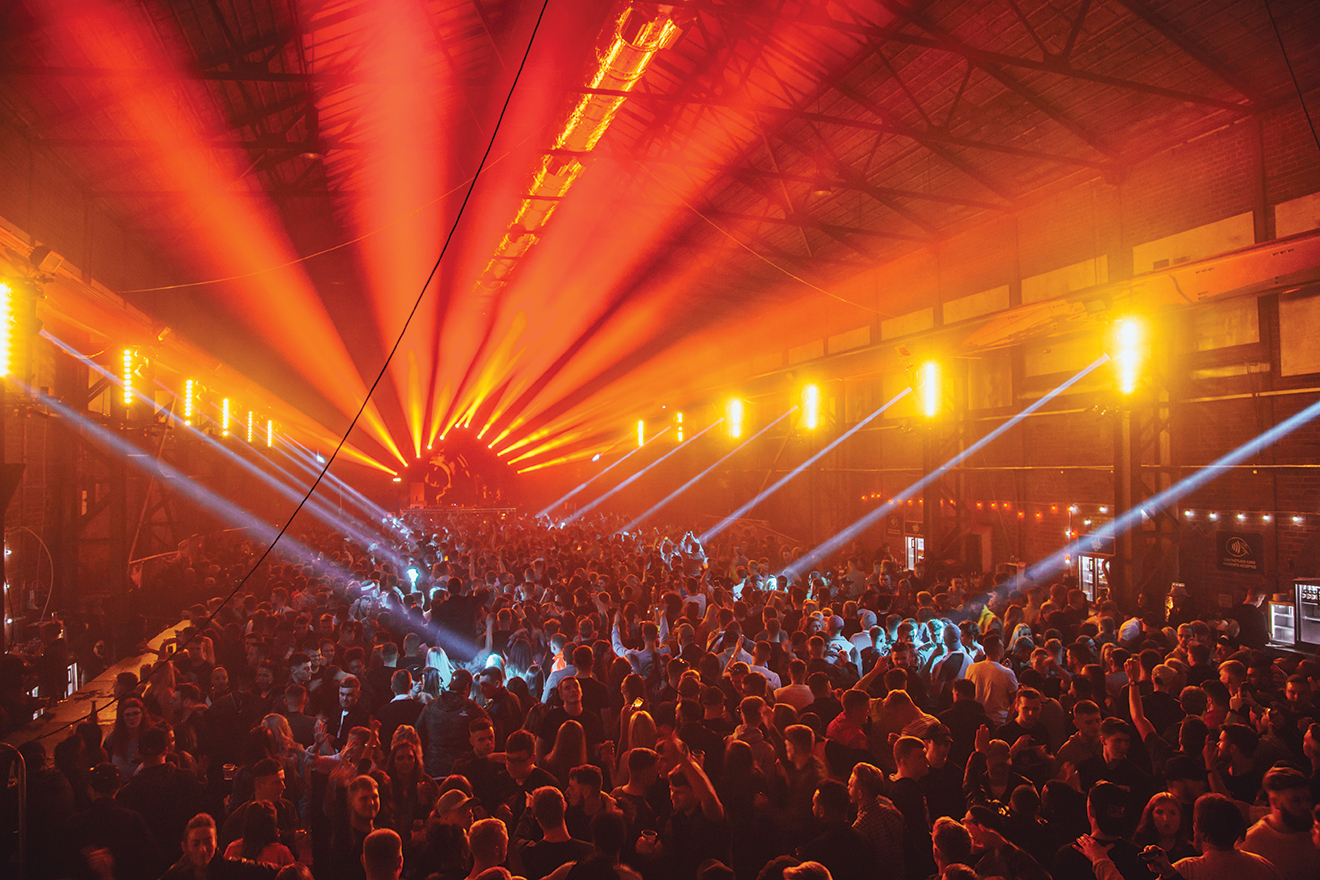 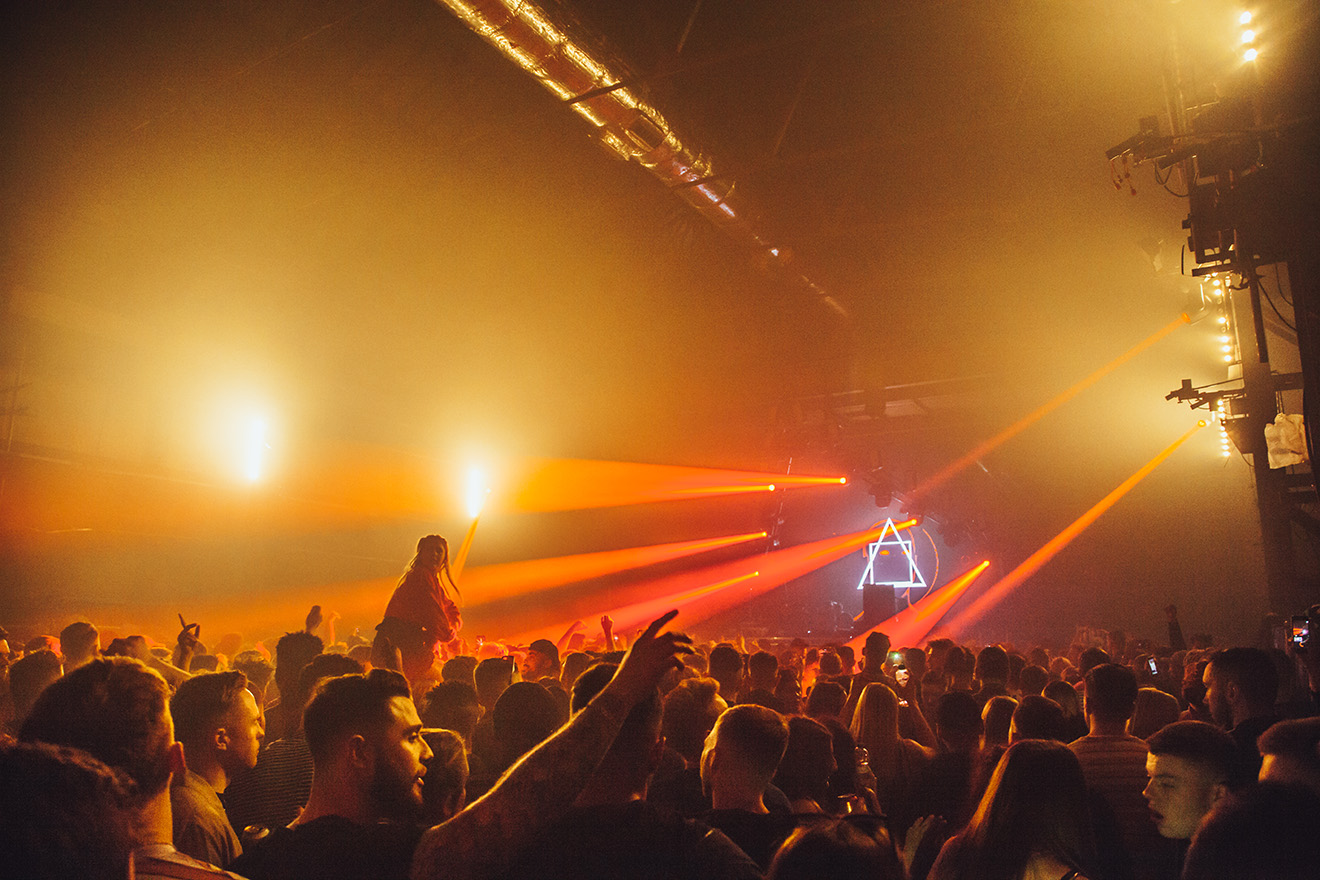 Tonight, though, there’s a chunky tech-house marathon upstairs hosted by rising local promoters Portal, with sets from Elrow resident De La Swing and Davide Squillace, whose two hours behind the decks quickly becomes Mixmag’s highlight – especially when he drops Walker & Royce’s bass-heavy remix of 12 Stories ‘Bright Lights’. A bit later in the evening, he plays his 2011 collaboration with Guti, ‘That Ginger Ponytail’, while cannons shower the crowd in neon confetti.

“CRANE has it all,” Davide enthuses after his set. “It’s a place that plays with all of the senses. It has a smashing soundsystem and the right lighting in a perfect warehouse-y space.” But most important is the crowd. “The nice, crazy people from Birmingham are obviously what glues the place together,” he says. One of CRANE’s most impressive features, meanwhile, is the view from the mezzanine floor. “You really do see the whole thing – all of the lights and production,” Fabian adds. 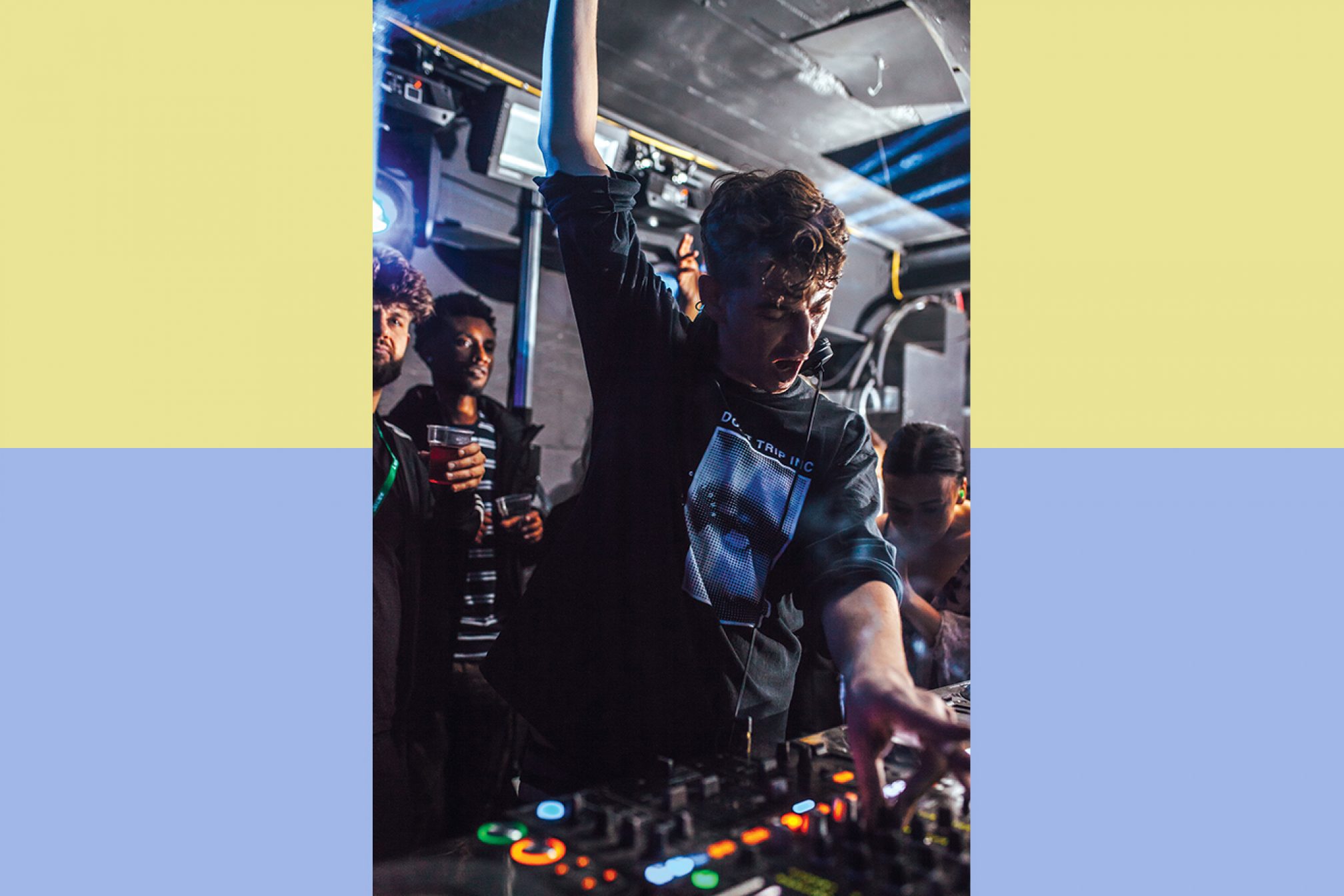 Downstairs, the Cellar has one of the lowest ceilings Mixmag has ever encountered – although we still spot plenty of ravers clambering on their friends’ shoulders between the pillars – with only enough space for 700 people to cram inside.

It’s the perfect environment for Skream’s emotive techno builders, the climax of his journey through disco, acid and funk. Across a massive nine-hour set, Oliver (who’s here as part of his Open To Close tour) looks right at home in the smaller space, always focused on his mixing and feeding off the energy of the crowd, some of whom have been here since doors opened at 7pm. “That was my best show of the year,” he declares at 4am, once he’s done. “Hands down: that cellar is something else. Shout out to the ravers who were with me from the start.” 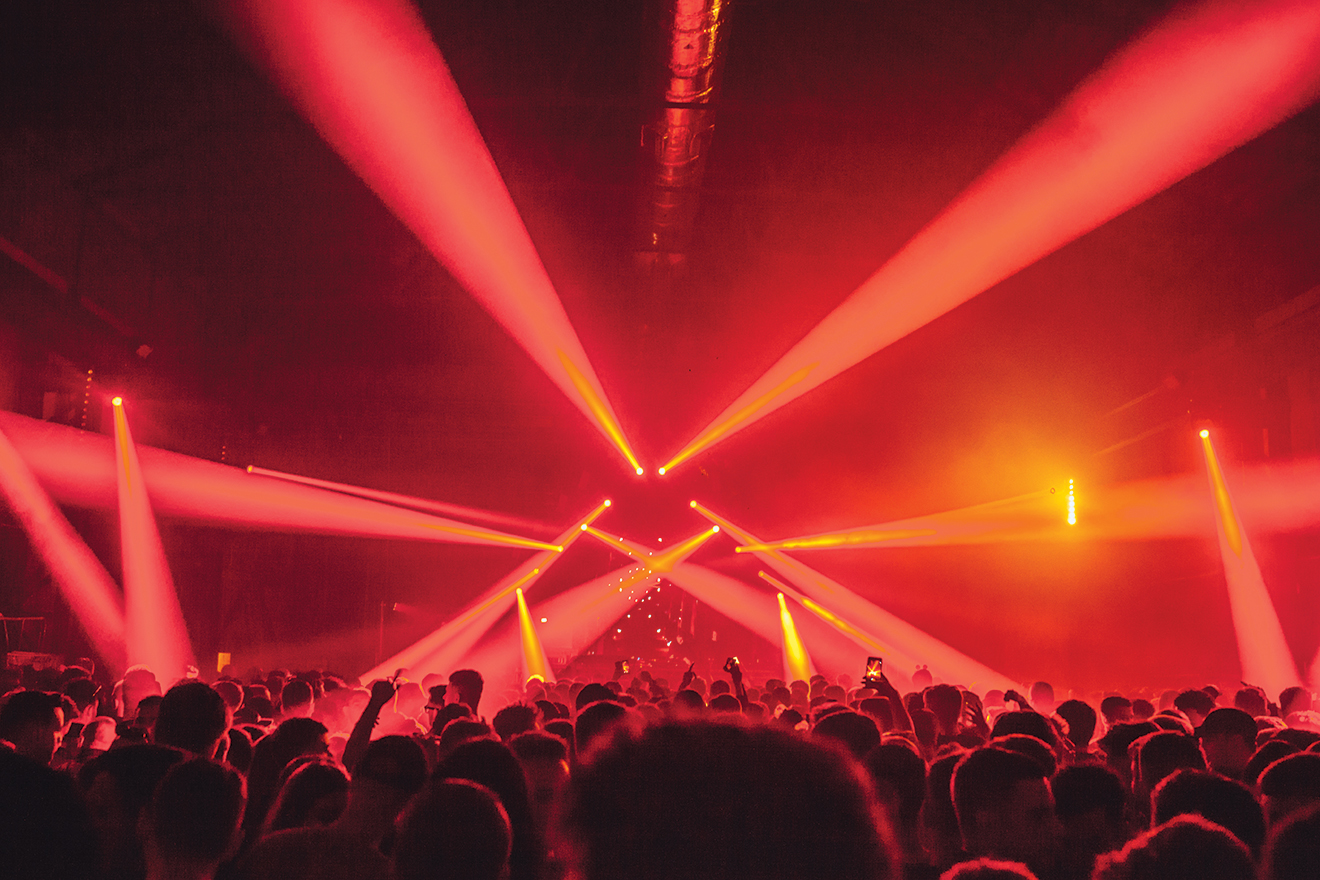 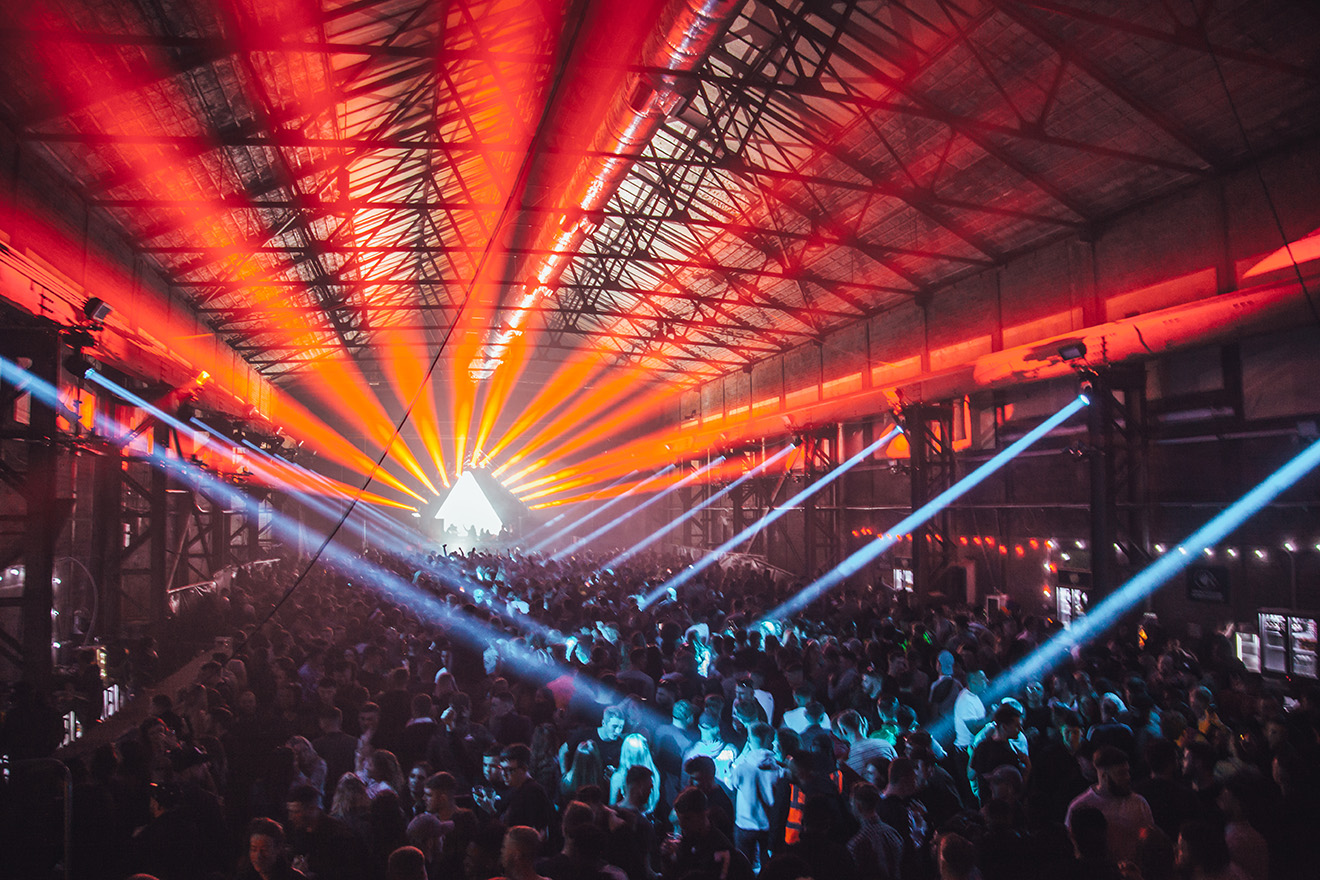 Despite being billed as the second room, the Cellar deserves to be recognised as a club space of its own. The soundsystem is clear, sharp and pounding, and the atmosphere in front of the decks creates a real dancefloor community, with a few hundred people getting lost in the music – especially at just after midnight, when Gerd Janson’s infectious and funky remix of Shy Luv’s ‘Lungs’ spreads smiles across nearly every face. But it’s actually ‘Sometimes The Going Gets A Little Tough’, by Manchester-based NTS Radio favourite Finn, that ends up being the track of the night. “This is the first time we’ve put such a big artist in the Cellar,” says Fabian, adding that the room’s intimate setting is a perfect fit for extended sets. “We’re pushing for all-night sets in the Cellar, because there’s no one else really doing it.”

But unfortunately, a few days after the event, Mixmag learns that CRANE may be forced to close before it’s even had the chance to make its name, because of The Rainbow Venues having its license revoked. If an appeal is to be launched with any real hope of being successful, it could require a ‘save Fabric’-scale mobilisation. Get behind #savetherainbow now, and ensure that Birmingham’s nightlife doesn’t lose one of its leading lights just as it’s starting to really shine.

This feature is from the February issue of Mixmag