Set in the middle of Las Estacas National Park, about two hours from the center of Mexico City, Carnaval de Bahidorá is the essence of a community-minded festival.

Eight years ago, General Director Iñigo Villamil and his friends decided to create a festival. With only one stage and about 3500 people, it was a gathering for friends by friends. Now, it has grown to accompany five stages and approximately 10,000 people, making it an essential winter destination. Comprising mainly of Mexican residents and those from Latin American countries, the festival retains its founding atmosphere.

The unique experience began on Friday night as attendees arrived to set up camp for the weekend. With only two stages open, the festival was just warming up. Crossing a small bridge, festival goers would enter the forest-filled palace of Isla B where the Latin electronic collective, Onda Mundial was taking over for the night. The small stage facilitated a community vibe as Brazilian producer EXZ brought his groovy sounds. Dancers moved under the red and yellow decor to music that produced dreams of California's Burning Man experience. A man with a white deer head swayed around, helping establish the baseline vibe of this stage for the weekend. This down-to-earth essence would ring true across the three day festival. 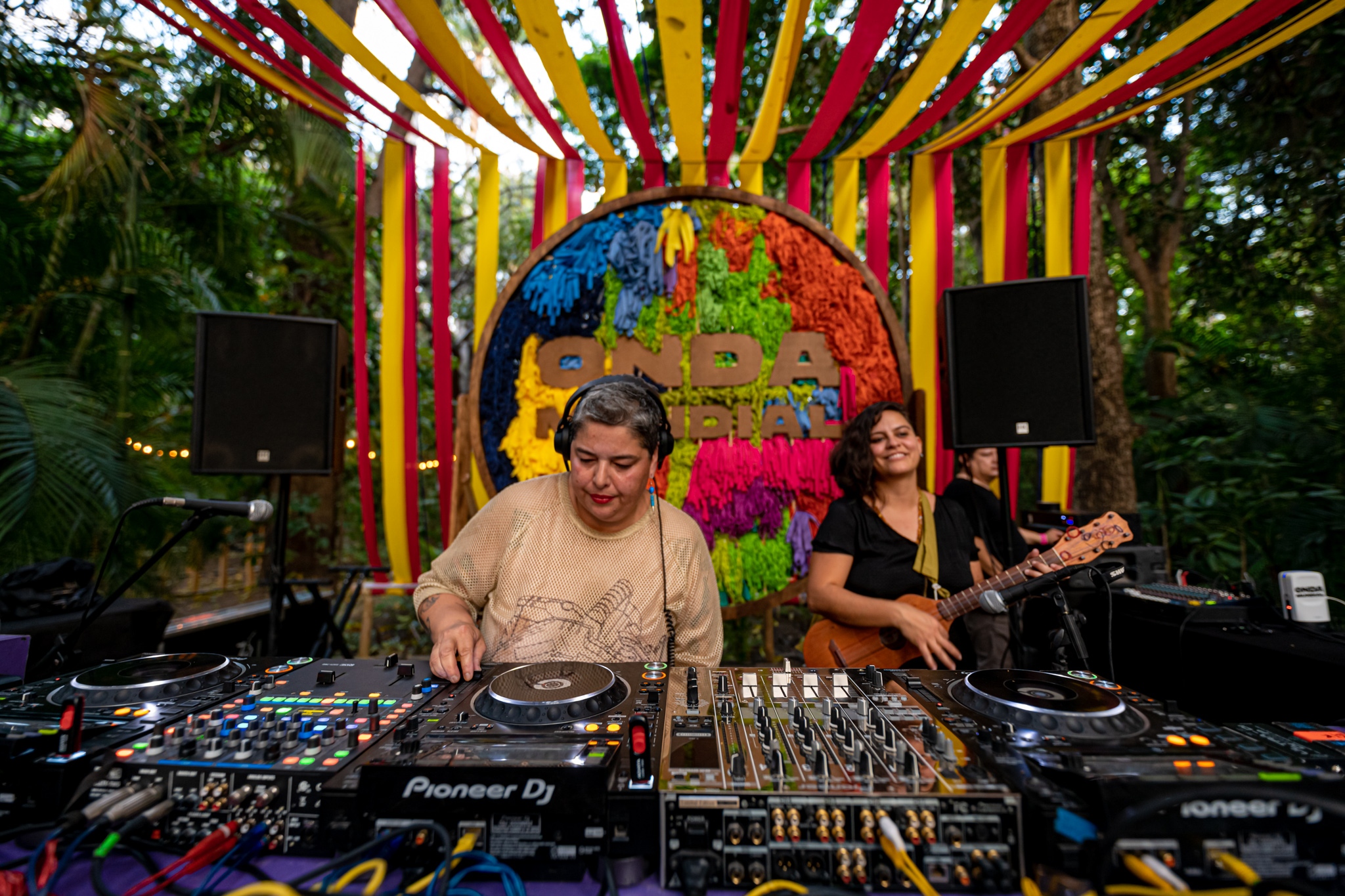 Over on the other side of the bridge, renowned house heroes, Theo Parrish and Marcellus Pittman, were about to hit the stage. But first, a young curly-haired DJ, Nicole Misha was on hand to throw down deep, rhythmic and bassy cuts. As she threw in a 70s electro track, Theo Parrish smiled wide behind her, excited by her selections. Simple yet high praise.

Parrish hit the stage with sounds that incorporated electro, jazz and rock, and he had a tendency to enjoy the high pass of the filter throughout, which in turn had the crowd locked into his set as he introduced tracks from the likes of Jeanette Thomas’s ‘Shake Your Body’ and Restless Soul’s ‘Mama’.

Read this next: Louie Vega in the Lab NYC

After a well-rounded four-hour set from Parrish, Marcellus Pittman took us back through house and disco as dancers hoola-hooped around the fire. Pittman enlivened old school house lovers with popular tracks such as Danny Krivit’s edit of Louie Vega’s ‘Rebel Nation’, Peven Everett’s ‘Special’, and Evelyn “Champagne” King’s ‘Out There’. 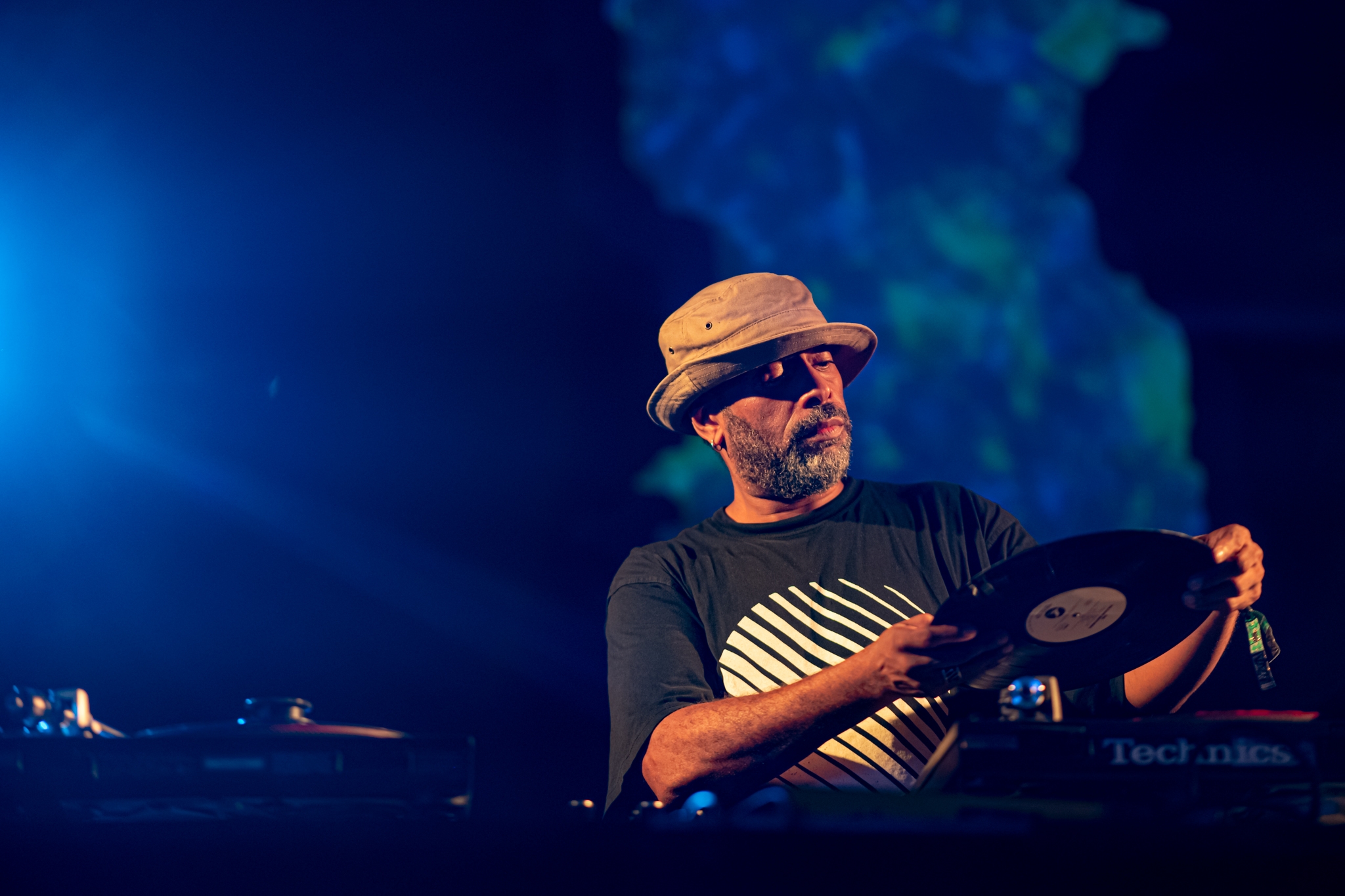 There were 37 artists to see across 5 stages, Saturday was set up to be a rager. Bahidorá's A&R, Lucía Anaya booked bands, DJs, singers and producers from genres such as reggae, funk, electronic, neo-soul, hip hop and more. It was essentially a festival for everyone.

With a natural river winding around the grounds, festival-goers floated down in rafts while immersed in a vortex of sound. Over on the Asoleadero island stage, the afternoon soundtrack was provided by the Arabian selections of Habibi Funk. There was more than just music on offer, as small vendors popped up to sell clothes and jewelry, massage booths offered relaxing services, and traditional ceremonial practices were performed amongst the smell of palo santo. 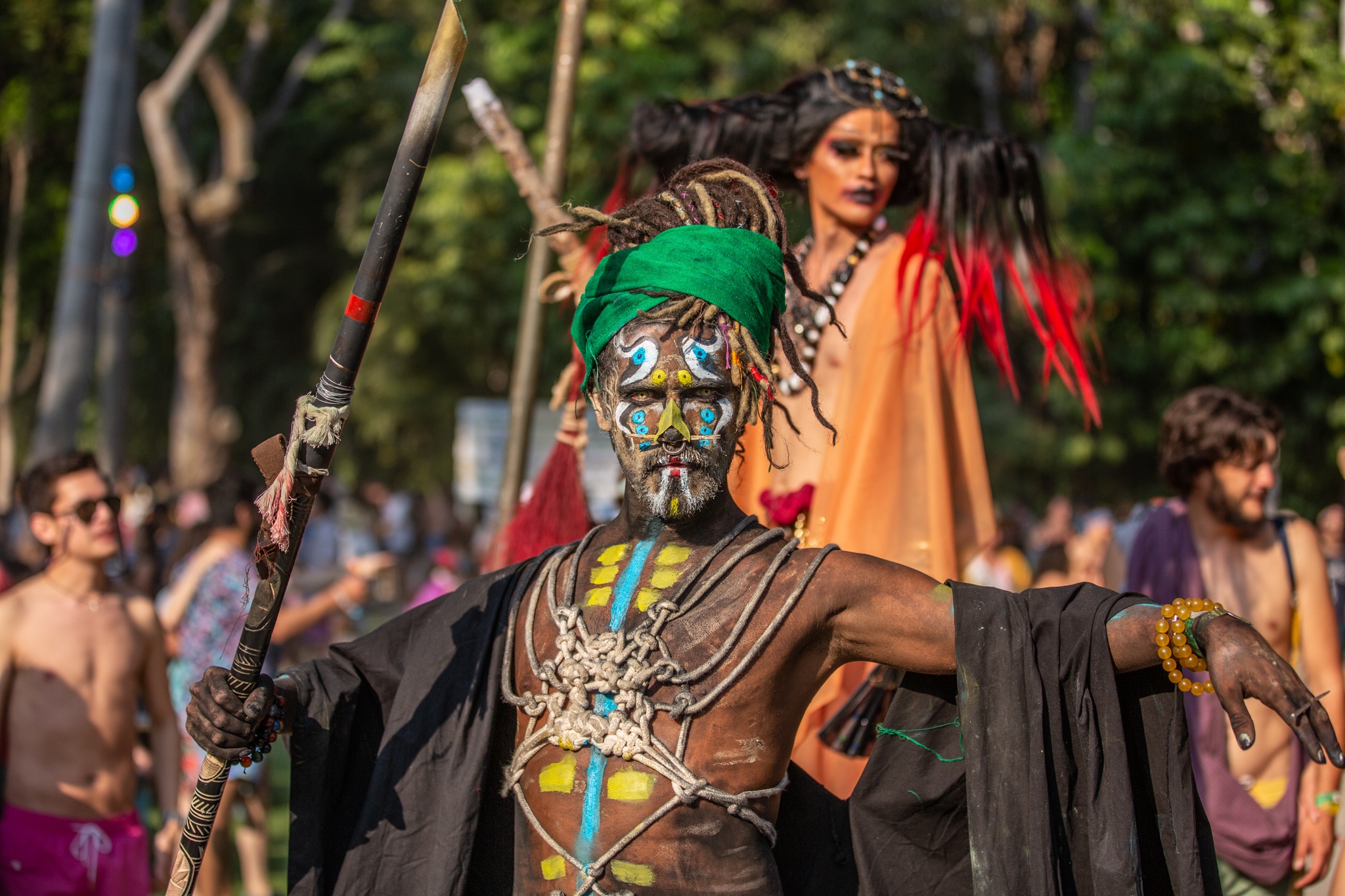 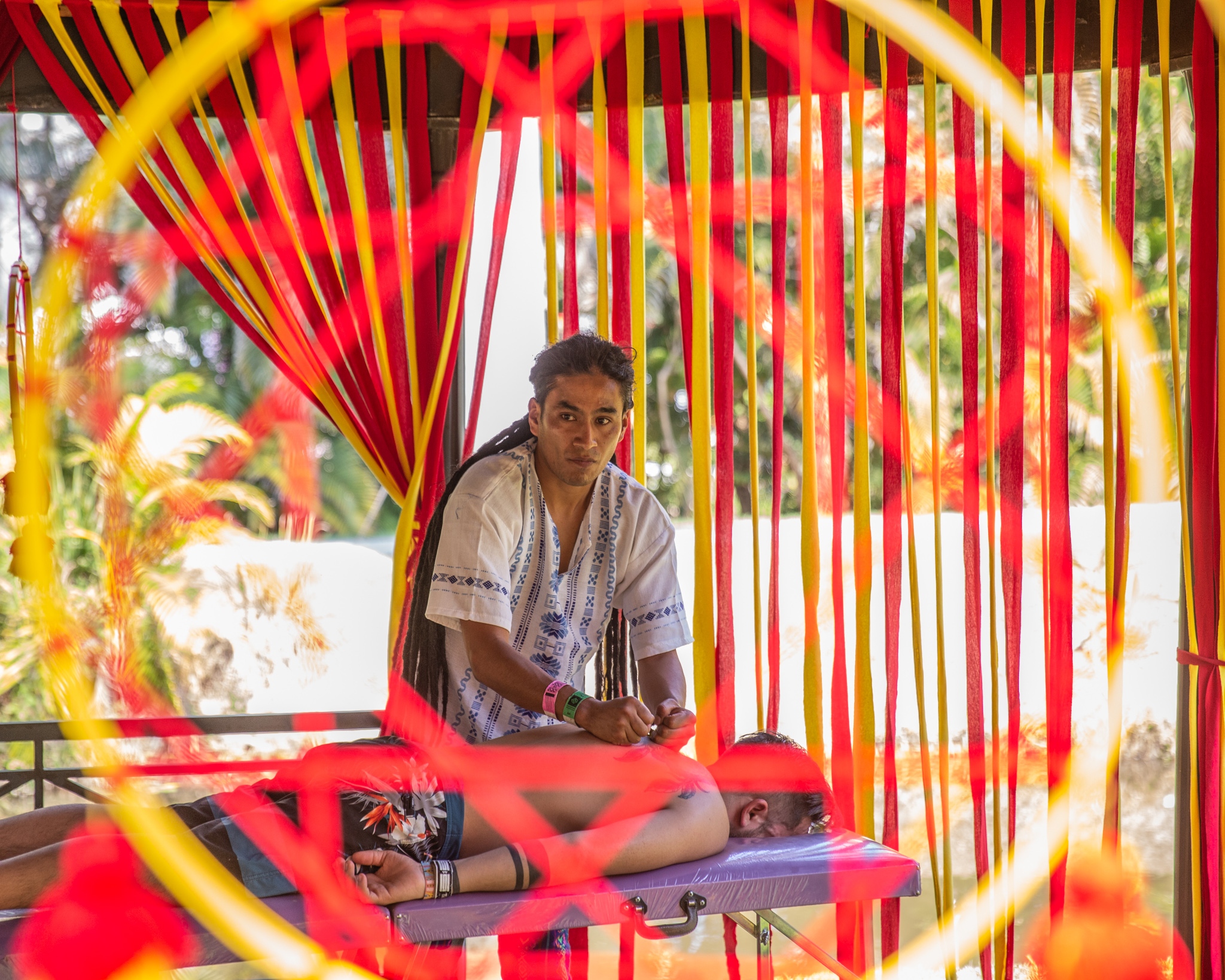 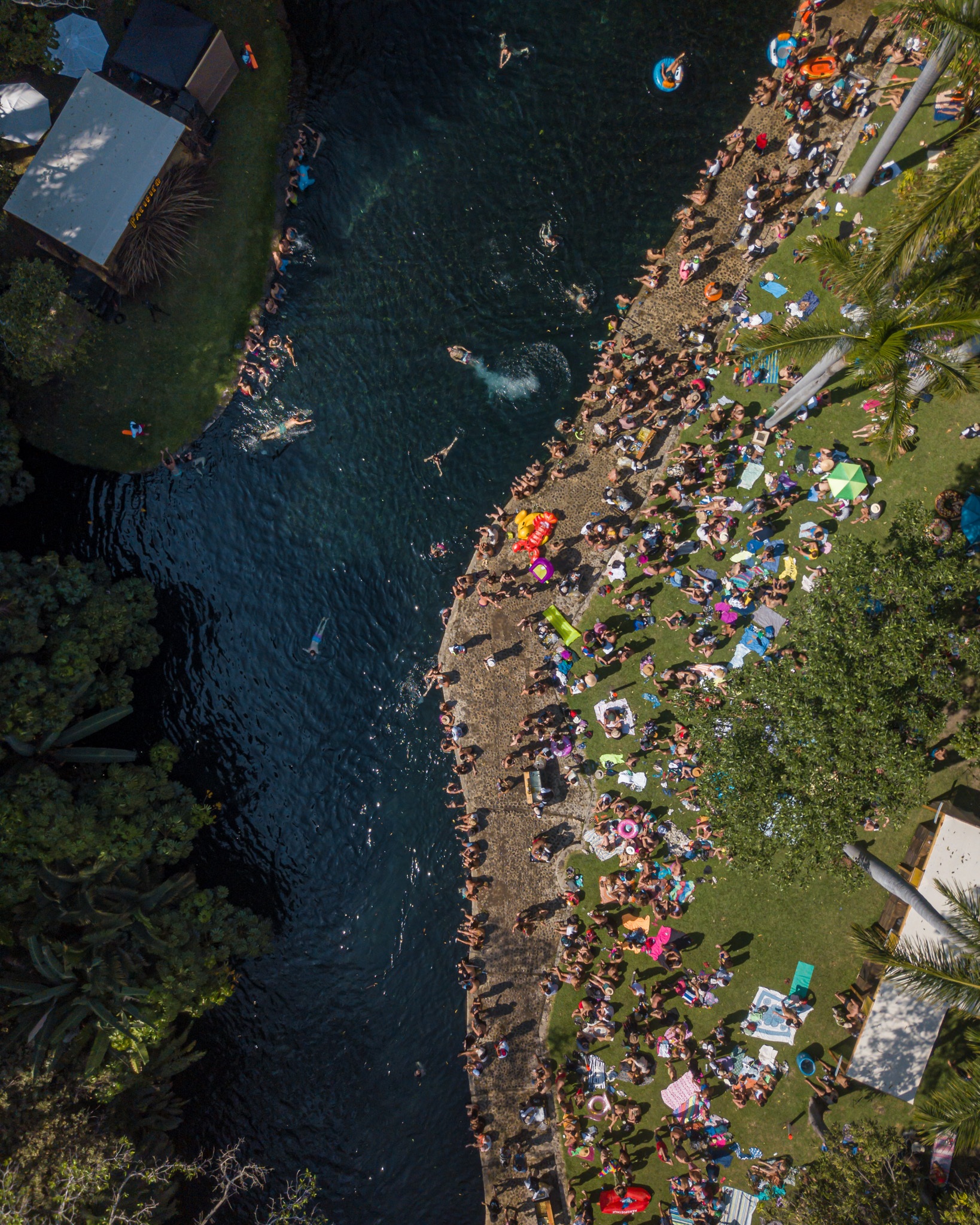 Over at the Sonorama stage, the early evening line-up was booked with the hip hop influenced sounds of Channel Tres and Goldlink. These two artists drew in substantial crowds, but the most memorable performance from this stage would come from the headliner, Erykah Badu. Known for arriving late but always prepared, the neo-soul legend graced the stage thirty minutes after her scheduled time equipped with a whole band including a piano player, guitarist, drummer and background singers. Her performance was a full set of interpretative jazz flowing from song to song as she floated around the stage, undressing her layers, sounding the chimes and improvising on a drum machine. By the end of her set, the whole stage was packed in praise of Badu's unmatchable energy.

Walking across the grass and through conceptual art installations provided by Mexican artists, attendees would eventually find themselves entering El Amate. This would be the electronic dance stage for the night, keeping the party going until 8am 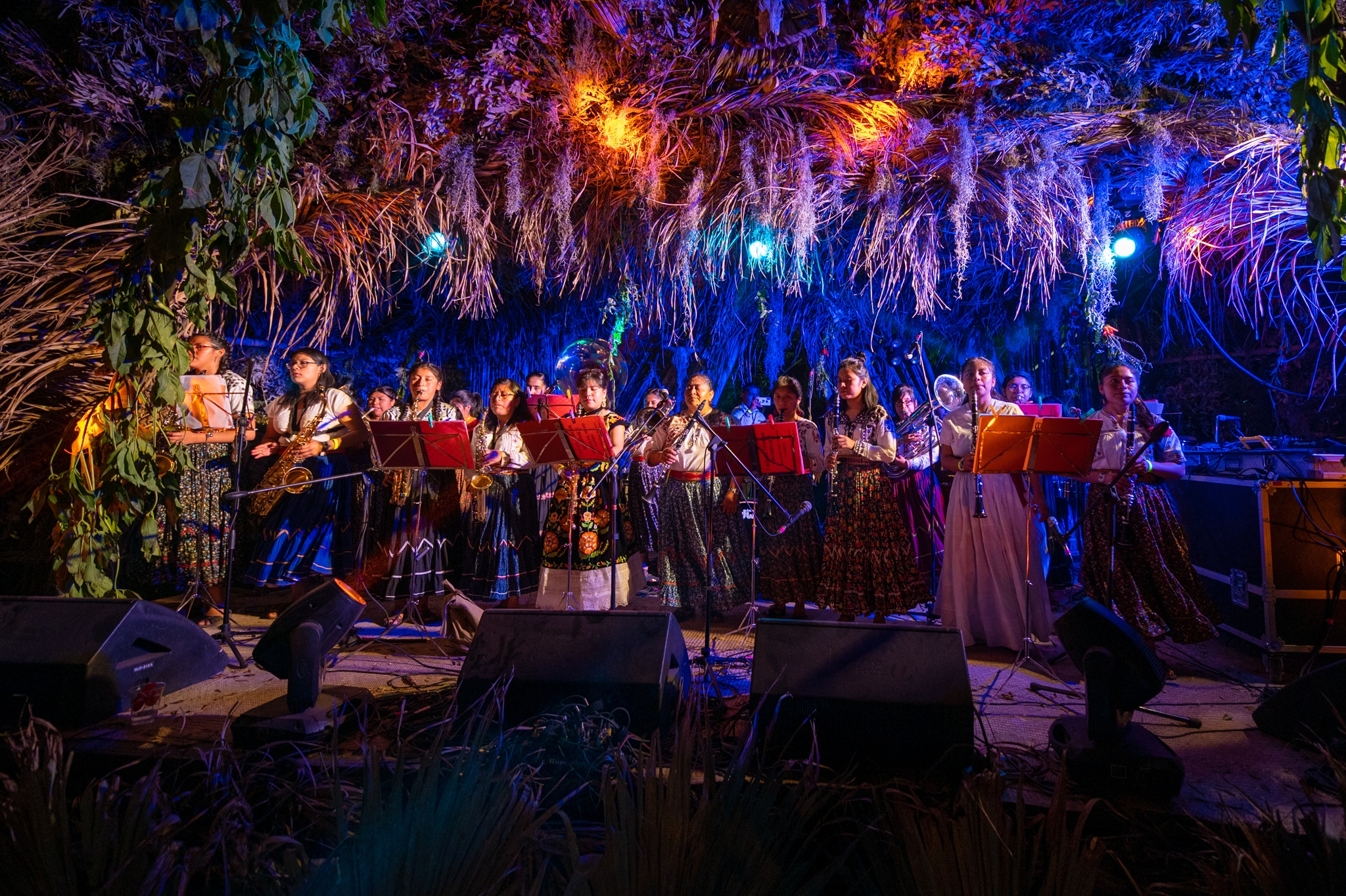 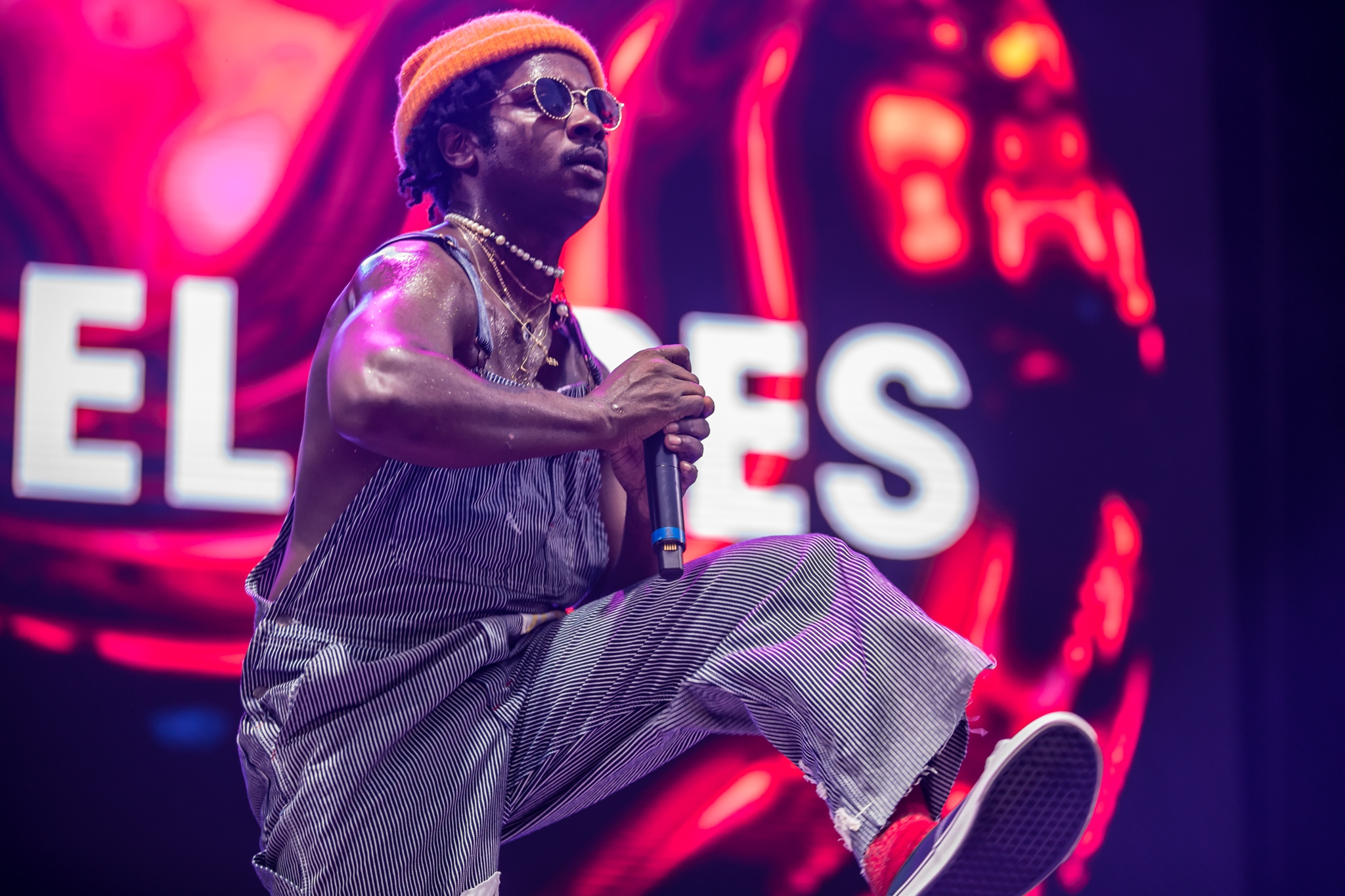 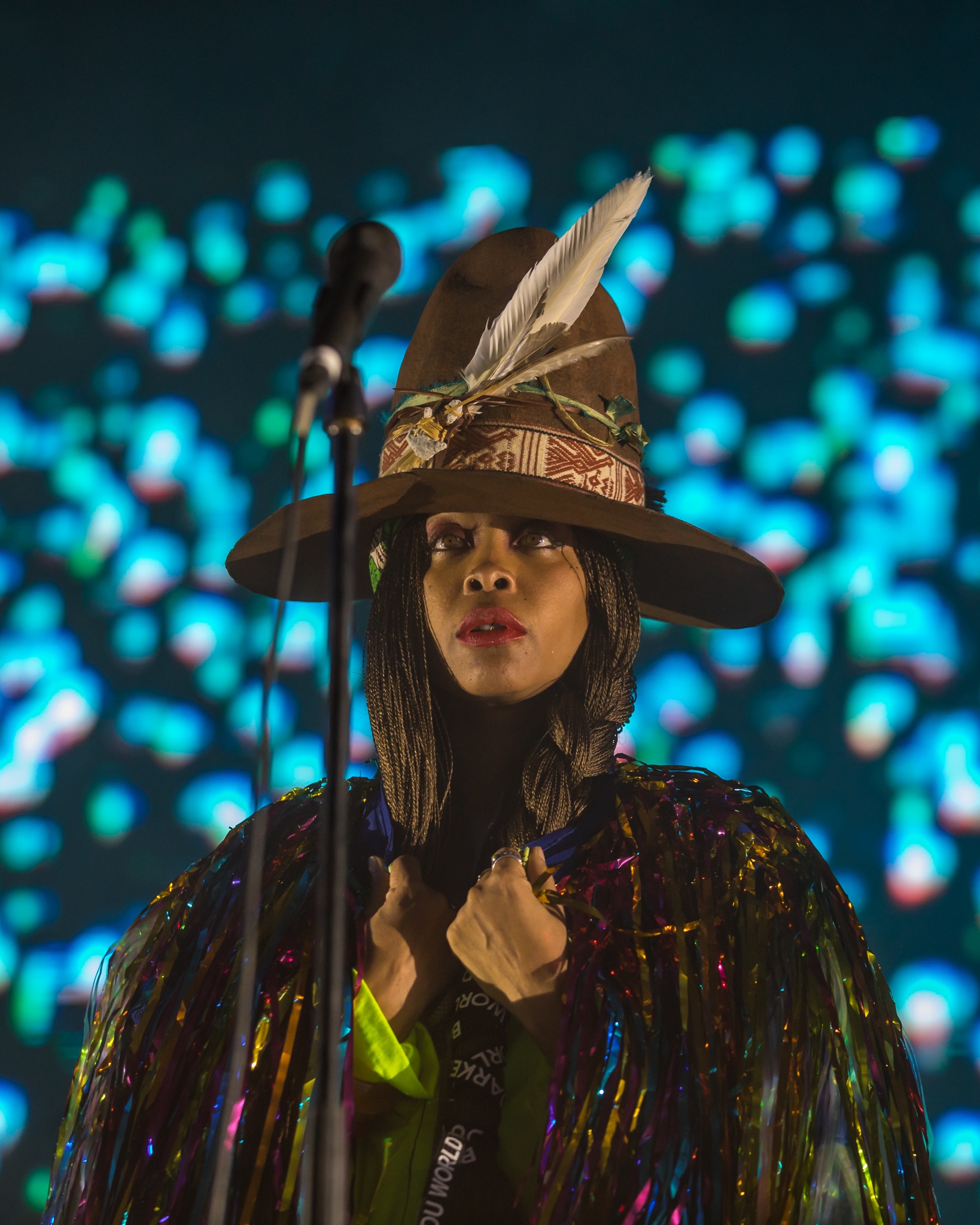 Chaos in the CBD began the procession into night and the fun-loving duo settled on a hedonistic blend of acid, electro and house to take us through. Surrounded by trees, the sound was enclosded in an impenetrable fortress, giving never-ending life to the rave, with Cheek's 'Venus (Sunshine People)' acting as a particular highlight. UK favorites Palms Trax and Josey Rebelle put in solid shifts with a frenzied dancedloor while in the background, dozens of attendees crowded around one of the many bonfire spots are sharing cigarettes, laying on each other and chatting away.

Read this next: Chaos In The CBD’s house jams are making an impact

By 2am, Avalon Emerson and Jasss played side by side on the crimson lit pyramid stage. The lighting designs matched the music perfectly, forming cylindrical shapes in clouds of smoke and beaming off the surrounding trees. Not before long, Joe Claussell would throw down a holy performance, manning the EQ on the decs like the seasoned professional he is. Around this time, some still laid around the bonfire while others retreated to their tents to rest before the blaring sun would force them awake. Move D closed out the morning to whoever was able to keep their eyes open, and to anyone who's experienced David Moufang play as the sun comes up, they know the sheer beauty those sets bring. 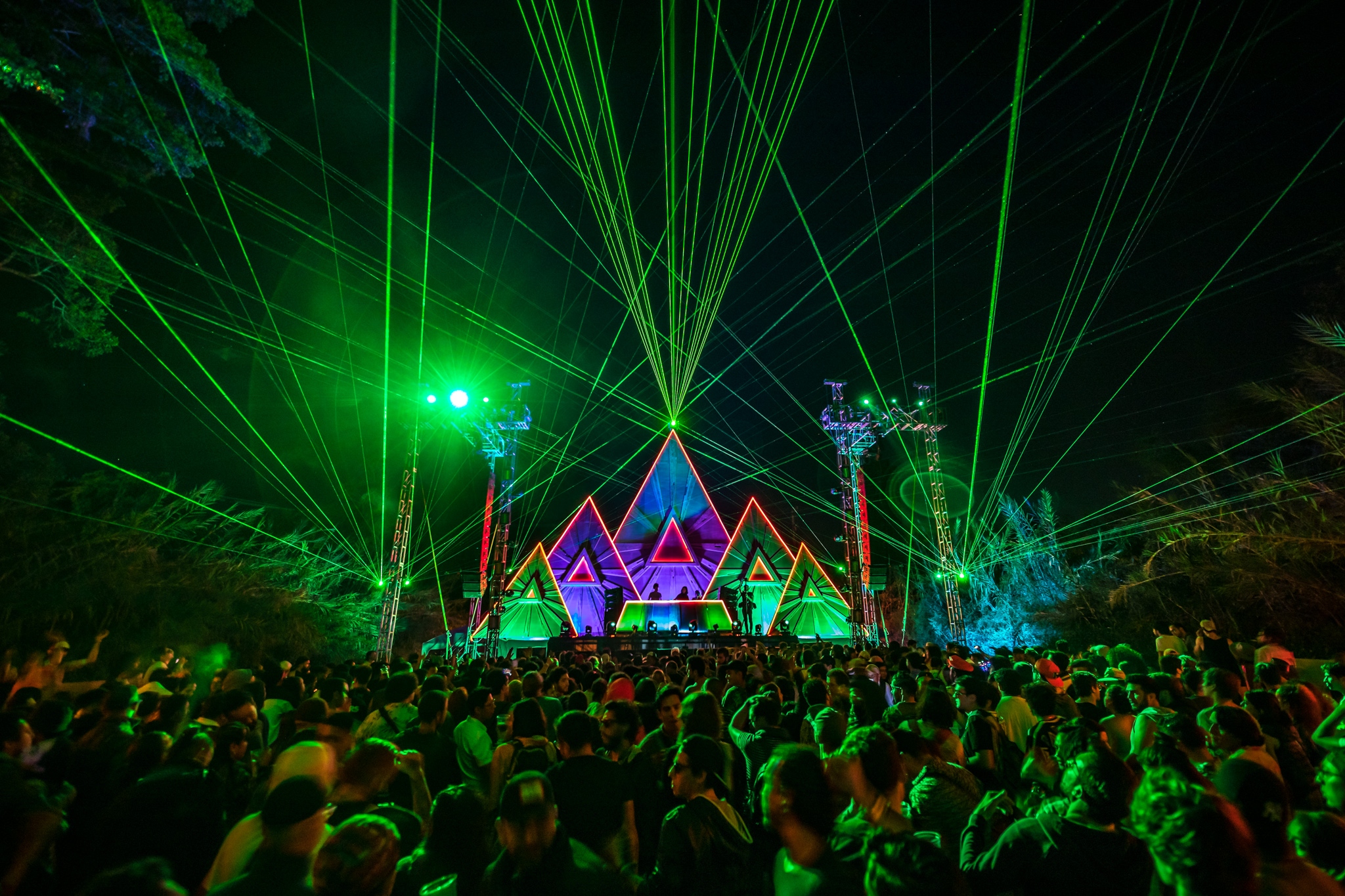 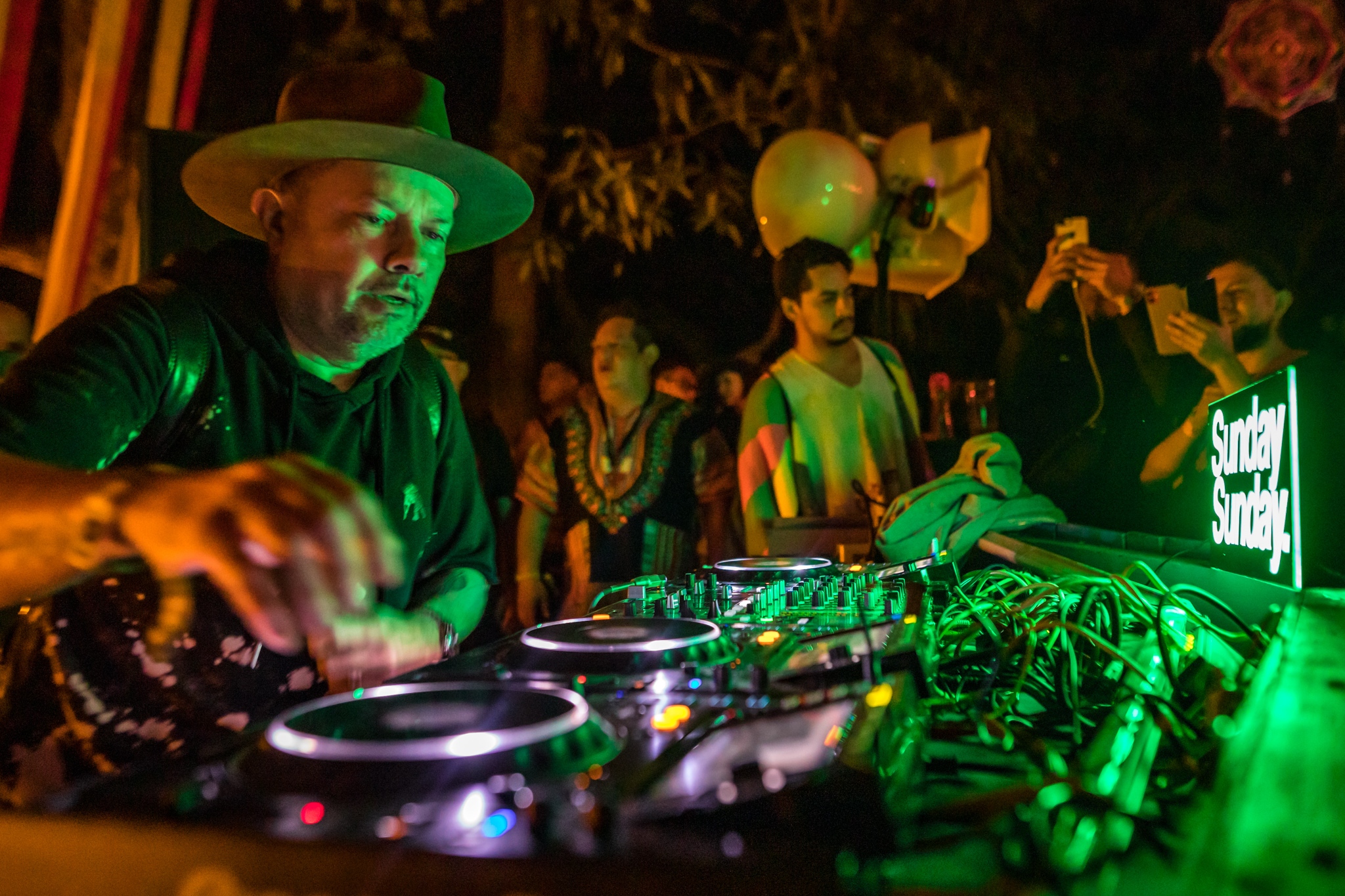 Sunday was a day of relaxation and recovery, partially soundtracked by reggae icon, Sister Nancy known for her anthem, 'Bam Bam'. Attendees floated down the river in efforts of revival before packing up their tents to head home. But, there was one event left to see.

Mainly set aside for festival staff, the Sunday x Sunday closing party was a true community gathering. Louie Vega made a surprise appearance alongside Regina Puma. A journey of transcendental tones and undeniably grooves wooed the crowd. To put it simply, it was a wonder to watch.

Carnaval de Bahidorá was the perfect respite for the often bleak winter months with endless sunshine, soulful sounds and a natural festival destination like no other to banish the February blues. It's encompassing sustainability program kept the grounds and natural waters clean throughout, putting forward a strong and attainable standard for festivals around the world.

Bahidorá is one to keep on your radar if not for the impeccable music, then for the blissful surroundings.