Ideas like inclusion and participation, civic responsibility, self-expression, leaving no trace, giving, the fact that a festival should be about much more than just music, and that those who attend have a responsibility to contribute to the communal experience – these have all trickled down from the dogma of Burning Man. But the seeds of the transformational community go way farther back.

“There’s a hippie heritage to the West Coast, an enduring mentality that still lingers from the sixties,” says scene legend and UK expat Lee Burridge, whose All Day I Dream parties channel the West Coast vibe while touring the world. “It’s evolved, though. No longer are hippies simply the great unwashed of the world who opt out of what is supposedly normal life. Lots of different and diverse types of people embrace their inner hippie nowadays, while at the same time holding down professional careers. Spirituality, yoga, meditation are practiced by people outside of the granola brigade.”

For example, California’s transformational scene is now where the well-bred, sunkissed, upper-middle class suburban daughters of baby boomers blossom into festival goddesses. They descend upon dancefloors like mermaids from Neptune, replete with neon-dyed hair, sparkles, glitter, skin, smiles, and tabs of acid, wrapped up like trippy fashion aliens. The feminine energy at transformational festivals is strong, from the performers to the dancefloor to the workshops and production teams. “It’s a very open atmosphere, a safe atmosphere for women,” says Ashley Lorona, a dusty dancefloor regular who works as a brand ambassador for a biodegradable glitter company. “Everybody has room to dance. There aren’t a lot of guys creeping out on girls. There are things that I would wear at a transformational festival that I would never wear in a club or at a rave, because I know that it won’t be viewed as a sexual thing.” 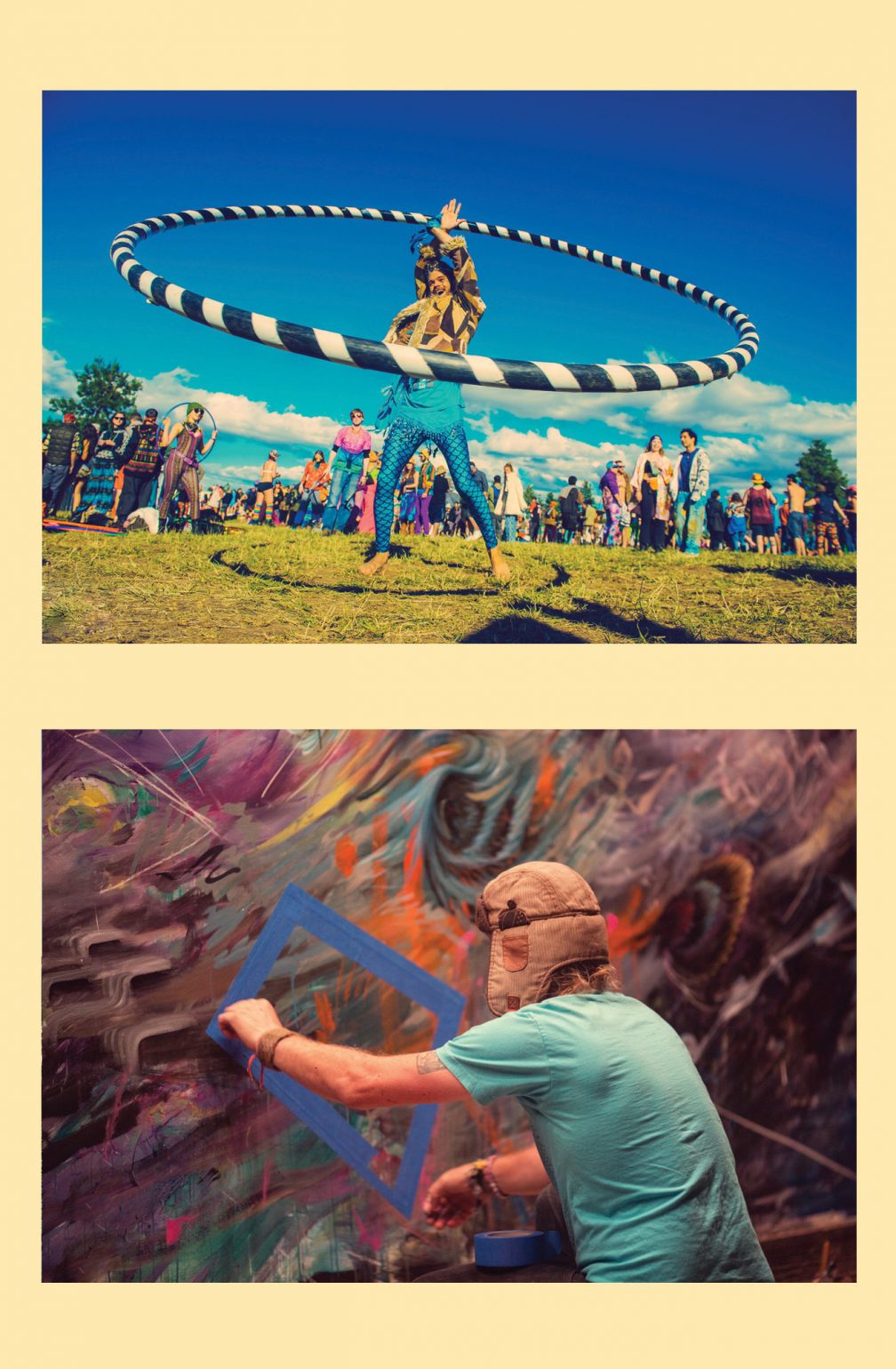 At Symbiosis, I’m dancing waist-deep in a lake. Across a crowded dancefloor so shrouded in dust that you can barely make out the limbs moving through the haze, Justin Martin drops a boisterous booty house set from a bamboo stage swathed in autumnal colors. The sinking sun casts an amber hue on bohemian ravers deep in the groove, waved-out hip kids in circular shades floating on cartoonish inflatables, topless sirens sea-bathing and bemused toddlers splashing around. Behind me, a hovercraft built into the shell of a vintage Delorean sports car whizzes back and forth atop the water. Amidst this idyllic bedlam, I wade into the deep, gingerly remove my trunks and let the cool freshwater seep into my netherest of regions. And then the acid kicks in.

On the subject of drugs: California is home to the finest marijuana the world has to offer. Even the pretenders in Amsterdam will shush their protestations when presented with a chubby spliff of Jack Herer or any OG varietal. Furthermore, California’s close proximity to Mexico means it’s the most directly connected to Mexico’s thriving international drug trade. Although this fraught situation has ghastly political and human effects for many, for California’s festivalgoers it means one thing: lots of high quality narcotics. But the traditional drug of choice, passed down through hippie lore from the Grateful Dead through Phish and Bassnectar alike, is the good ol’ fashioned hallucinogen. Nothing fits the model of transformation like your very own acid-soaked Kool-aid test through the circuit’s conveyor-belt
of surreal experiences.

Despite this, medical emergencies are rare and deaths are so far (touch wood) unheard of at transformationals. Harm reduction organisations like Dancesafe and The Zendo Project are ever-present, offering literature, psychological and medical attention, and in some cases, on-site drug testing, a policy still considered taboo at most mainstream festivals. The Drug Policy Alliance has stated that “Lightning In A Bottle had more going on in terms of harm reduction than any other festival in the United States – by far” in 2015. The community is blazing a trail towards true harm reduction in America’s archaic drug policy landscape. These festivals may be parties, but the interactions they engender manifest in the real world. 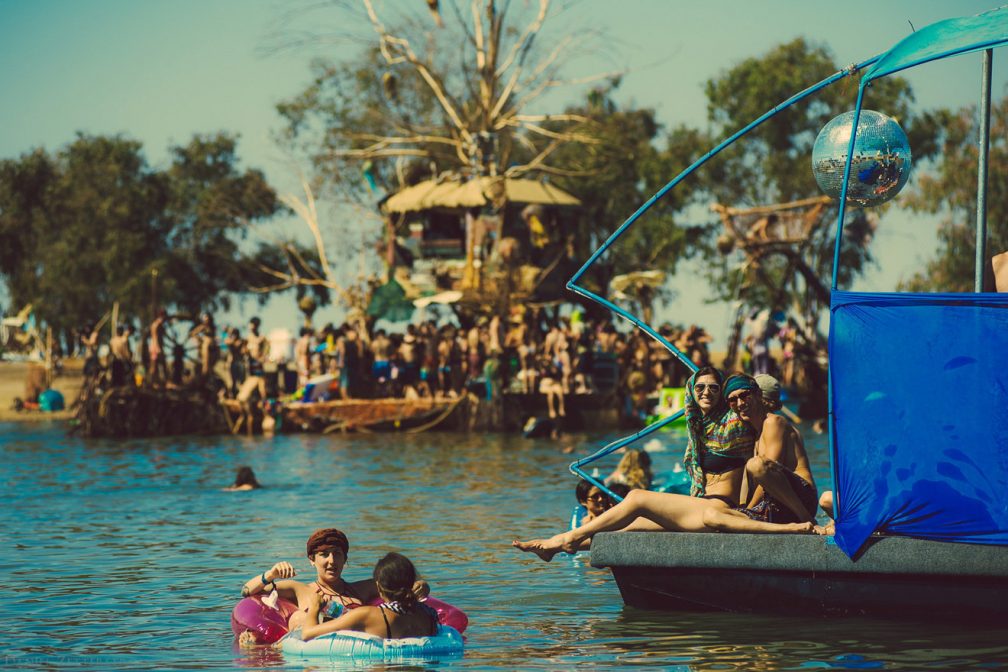