With never-ending lockdowns and the uncertainty of Brexit now a reality, it is easy to look at the future of touring in 2021 and feel bleak. Many musicians and fans have been vocal in their opposition to Brexit and the disruption it may cause touring musicians, with multiple petitions calling for special protections for travelling artists and crews receiving thousands of signatures. Music thrives on free movement and inter-cultural connections, and the music industry is one of the UK’s greatest exports, so it is shameful that it wasn’t mentioned once in the trade deal. But despite this, I do not think that Brexit will ‘destroy touring’ as many are warning. It’s important to remember that in terms of global mobility, British musicians still have one of the world’s most powerful passports, and can breeze through most border checks with relative ease and little scrutiny. So while these new Brexit rules are a headache, for UK DJs and electronic musicians, touring Europe is not going to be as difficult as first feared.

For travel to the UK and Schengen zone, citizens of visiting countries broadly fall into two visa categories: visa-exempt and visa national. Countries in the visa-exempt group include USA, Australia and Brazil, and this category means citizens do not need visas for tourism or short business trips under 90 days, but may need a work permit depending on the length of the trip. Since Brexit and the end of freedom of movement, citizens of the UK are in the visa-exempt category when travelling to the Schengen zone and vice versa. The other group - visa nationals - includes citizens of countries such as Ghana, Uganda and India that Schengen states and the UK have decided needs a visa in order to visit for any reason and for any length of time. Visa national artists often face extortionate costs, piles of paperwork and the threat of rejection every time they tour.

I perform internationally with Ghanaian vocalist Bryte, who is now based in the UK, and while I have never had any immigration issues, we have experienced the heartbreak and frustration of Bryte being rejected and denied permission to perform in the Schengen zone for not having the right bit of paperwork. However, despite these obstacles, we now manage to tour successfully; in 2019 we performed over 30 dates around Europe. To learn about the financial and bureaucratic barriers international artists face performing in Europe and how they overcame them, I spoke to Bryte, Kampire (Uganda), Jubilee (USA) and Eliabe Freitas (Brazil).

Firstly, to clear up some of the confusion in the press recently about visas and work permits, I spoke to Steve Richard, a UK immigration expert in the live music sector, to clarify the difference. He says: “a work permit [which grants permission to work in a country for set period of time] is sorted out in the country where the gig is going to take place - so the artist would provide some info and the promoter sorts out the paperwork. A visa is a permission to travel, applied for in advance by the individual at the consulate of the country they’re going to.” Work permits are usually fairly cheap and easy to obtain, whereas visas can be difficult, costly and time-consuming.

Visa-exempt nationals touring the UK - which now includes citizens of countries in the EU – can perform with a work permit called a Certificate of Sponsorship, which is valid for three months. A sponsor could be an agent, organisation or venue, and Steve has issued over 5000, saying “they are cheap (£21 or free for EU artists) and relatively simple as long as you’re registered with the government and know what you’re doing.” If the UK promoter isn’t a sponsor, then an EU artist can also enter through the PPE (permitted paid engagement) route, which permits entry for one month, and requires a letter of invitation and proof of funds to be shown at the border.

Jubilee, a producer and DJ from the USA, has many years of experience with the CoS system: “Once I got one on my own and it was pretty expensive and confusing. After getting a proper booking agent getting a CoS was on them and a breeze. One time I even forgot about mine, and so did they. I emailed them from the airport like "OMG WE FORGOT" and they were able to process it between the time I left on my flight and my landing.”

Eliabe Freitas, founder of the Brazilian collective BATEKOO, obtained a CoS through Boiler Room for a UK show, but had issues at the border: “the waiting time was ridiculous, as the officers ‘didn't know’ about that specific permit. My personal opinion, as a Black artist traveling with a group of Black people only, is that they were somehow suspicious of us as if we couldn't be having that type of permit. But in the end everything worked out right.”

Read this next: Heart of darkness: The Secret DJ on touring

For visa nationals, the barriers to performing in the UK are much higher. They need a visa, which can range in price from £95 to thousands. Bryte explains: “At first I used a PPE visa, which lasts for one month. I needed some letters of invitation from the promoters and a friend I was staying with. The second time I applied for a Tier 1 Exceptional Promise visa, which is a two-stage process. First you need an endorsement from ACE, and then you apply for the visa, which can be for up to five years. It’s pretty expensive (over £2500) and only suitable for artists who already have an international reputation, but definitely worth it as most of my touring opportunities are in Europe.”

Ugandan DJ Kampire has also experienced this financial burden: “applying for a UK visa is an expensive, intrusive and involved process. Africans give thousands of pounds to the UK government in non-refundable visa application fees. Most of the visa categories for touring artists are short-term. So for each tour you have to apply for a new visa, and the costs add up. And I'm someone who has been lucky enough to get the visas in the end. You can tick all of the known and presumed boxes and spend your money and still not get a visa simply because of a quota.” 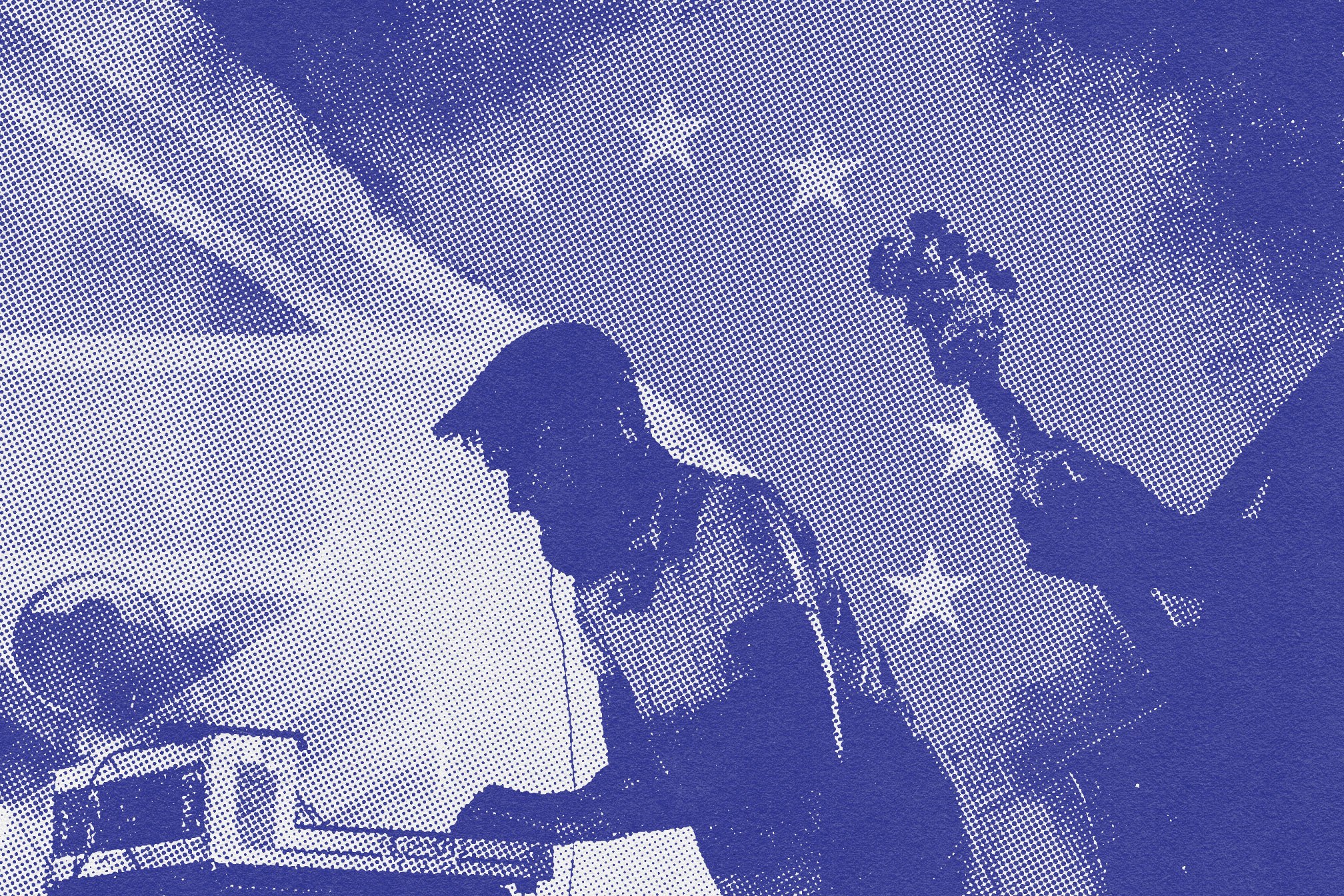 So what about musicians touring the EU? For UK acts, work permit requirements are defined by individual member states, and most have exemptions for short trips, as Steve says: “Most EU countries don’t make visa-exempt nationals get work permits if they’re only working for a few days.” Steve thinks that the biggest hassle for UK musicians will be carnets for equipment and instruments. Carnets are a ‘passport for goods’ which allows workers to move equipment around without paying duty tax, however unlike bands or orchestras who transport significant amounts of musical luggage, carnets won’t be necessary for DJs who travel fairly light. Cabotage rules, that limit the amount of stops a haulage truck makes, could also have a big impact on larger live bands touring the EU. However, the rules around withholding tax in Europe are not going to change. Currently each country in the EU sets its own rules, and if withholding tax is required, the promoter who books you pays a portion of your fee in tax to the local government.

Read this next: Does touring kill creativity?

For Eliabe, touring the EU was much easier than the UK: “We arrived in Spain and played events in eight different countries.” Jubilee’s experiences, with the help of professionals around her, are similarly straightforward: “Touring the rest of the EU was usually fine for me. But I am actually not sure what the process is for every country and I leave that in the hands of the promoters and agents.”

In addition to work permits, visa national acts touring the EU also need a Schengen short-term business visa, which costs around 60 euros, and you apply to the consulate of the first country you will arrive in. For Bryte, this process has been difficult: “I was rejected in 2018 which meant I couldn’t go to any of our EU shows, which was very frustrating. After that we learnt the process and now it is time-consuming but generally fine, you need to show bank statements, travel + hotel reservations and letters of invitation from promoters. The visa is multi-entry, is valid throughout the Schengen zone, and normally lasts three months.” However Bryte says: “We had an issue in Switzerland last year when the border guard didn’t think my visa was valid, which it was, so always have a few contacts you can call in-case you have any problems.” Another issue, Kampire warns, is that each Schengen state has “its own services, norms and quotas,” which can make the process much harder for applicants, as required documents and processing times vary between embassies.

What advice do they have for upcoming DJs and musicians looking to tour? Kampire says: “I've been traveling to the UK since I was 16 and when you fill out those forms they want all of your travel history so be prepared to dig up old passports to look for stamps, and make sure you save all that info somewhere so you can refer to it the next time you apply.” Bryte advises: “it's better to be over prepared. When applying for a visa, make a checklist and check many times you have included all the required documents as you don’t want to be caught out.” Jubilee warns of the impact of this: “immigration is something I am just not going to mess with. In the short term it could be traumatizing and in the long term it can really damage your career.”

The issue of artist mobility forms part of a wider conversation about how within electronic music, wealth and opportunities are concentrated within a small number of countries. From Steve’s experience: “80% of the acts we deal with are American, with Canada, Australia, New Zealand, Japan, Brazil next and then a very few visa national acts.” It is clear that our two-tier system and illogical and complex immigration laws significantly limits mobility for visa national musicians to Europe and the UK. Therefore, British people who want to keep the country’s music scene diverse and open should continue to share information, raise awareness and lobby the government in support of that cause, in the hope that a more inclusive future of touring in the UK is possible for musicians from around the world.