Changing the face of nightlife in a city is never going to be an easy feat but for DJ and producer Breakwave, that’s just what she did. Noticing that there was a lack of innovation in Liverpool’s nightlife, Breakwave set to revolutionise the scene by launching Meine Nacht, a series of parties held in unexpected spaces around the city. Having founded the club night as a platform for up-and-coming DJs to perform, she also found the confidence to unleash her own talent to become one of the most in-demand emerging DJs.

Growing up with r’n’b and Motown influences including Marvin Gaye, Aretha Franklin and Luther Vandross, Breakwave’s first foray into electronic music began when she was 18 when she received her first turntable. Despite being a self-described perfectionist, the DJ is not one to shy away from experimenting with sound and as a result, her sets are a unique amalgamation of different genres including breakbeat, techno, ambient and jungle, to name a few.

From there, she has continued to build up a diverse career and continually adds strings to her bow. To date Breakwave has carved out a career as a DJ, producer, club night host, present a bi-monthly radio show as well as co-owning the record label Deep Sea Frequency.

In the midst of producing her first EP, we caught up with Breakwave to find out just how the ambitious DJ plans to take the world by storm. 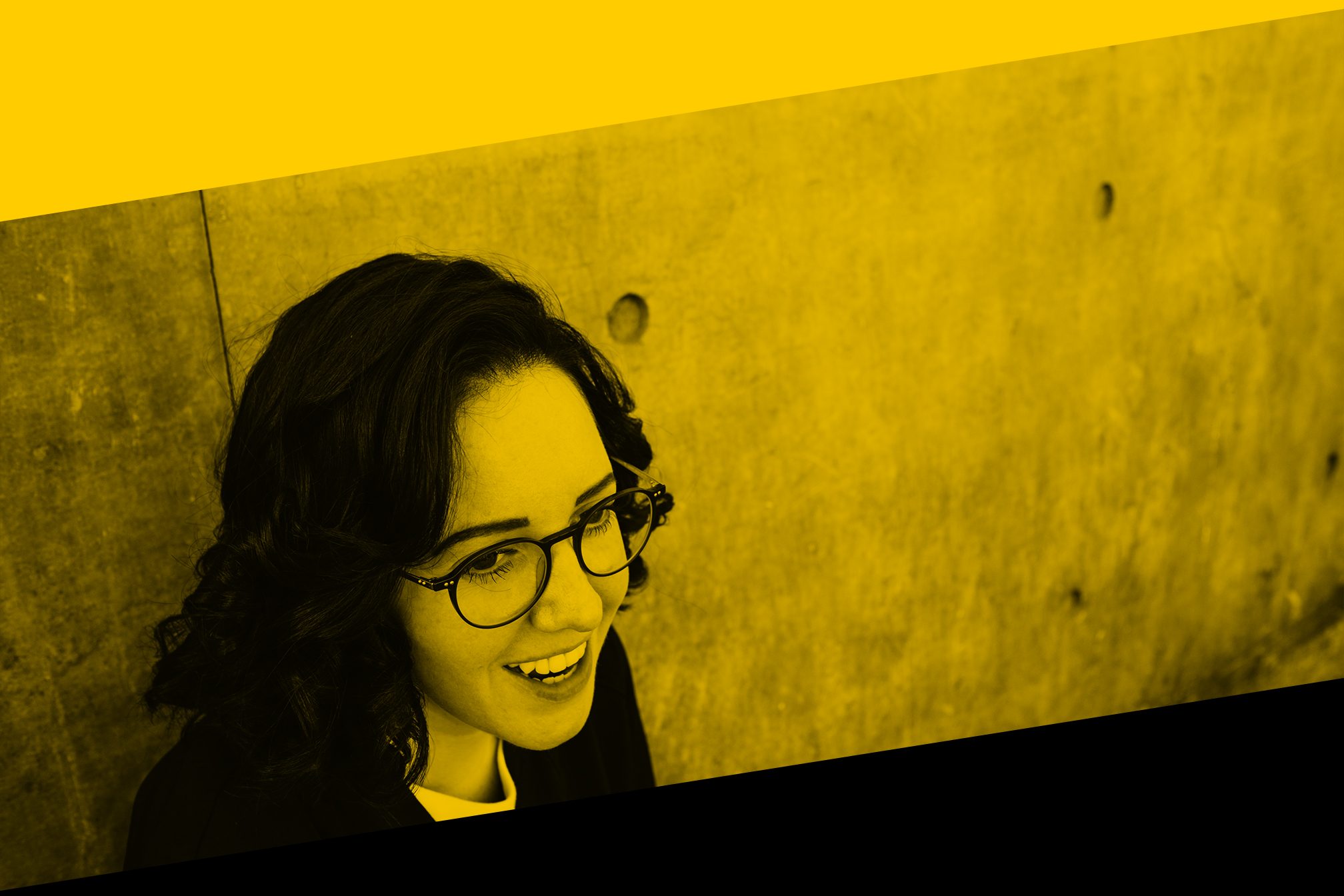 How did you get started in music?

I think it was when I started my club night Meine Nacht. That's when I started getting into it. I think running a club night was kind of pivotal to my DJ career because obviously it was giving other people the opportunities and then that allowed me to then focus on developing my own career as a DJ. It acted as a platform for myself as well as others around me. From there I was given other opportunities by other promoters to DJ in the city. It started from a young age. I got my first set of turntables when I was 18.

Who were your influences at that time? Was it the other DJs around you?

I think I've been influenced by a lot of people, I've got a broad range of influences and interests so it was purely because I was into the music. I had interests from Django Reindhardt to Metroplex, Punch Drunk, Moving Shadow. I was just following a lot of labels, collecting a lot of records – that kind of influenced me being a DJ.

What made you want to start a club night?

I saw a lot of parties in the Liverpool scene popping up. Nothing was any different, they were all just held in clubs. But with Meine Nacht, I know stuff like that goes on in different cities but in Liverpool in particular, there wasn't anything new. I taught myself how to livestream and nobody was doing that at the time in Liverpool. I had to come up with a unique selling point to break into the scene because it was very much a lot of the same stuff going on. I just realised I was going to have to come up with some kind of different concept for it to stick in people's minds so that's how it started. It was supposed to be studio sessions with live streaming but then I decided to actually livestream at the events. I did it in little art galleries and creative spaces to start off with. As the word got out and it developed even more, that's when I did it in the likes of a supermarket. It was an artist’s creative space so I got a studio in there. It used to be a massive old supermarket but I started running parties in spaces like that and sourcing these places that had never been used before for parties and that idea stuck with people. More and more people wanted to go and it came to a point where I had to cap the capacity. I also wouldn't reveal the location until the day. I think because it’s unique, specifically in Liverpool, that's how we caught people's imaginations. 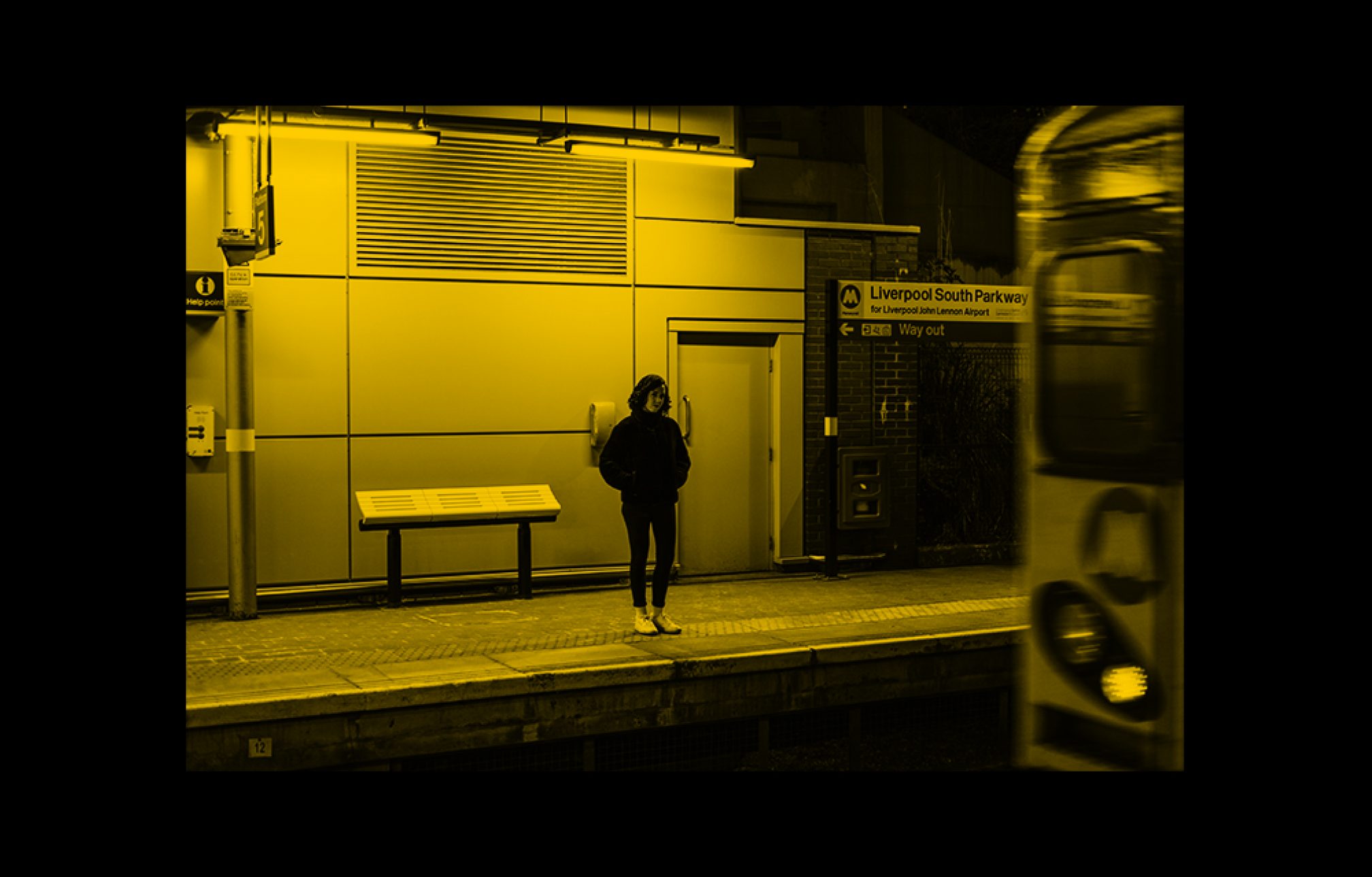 Is it quite stressful finding spaces to host the parties?

People don't really understand how much work goes into sourcing spaces but I think they appreciate it more when it does happen. I have people messaging me every week about what the methods are and how I do it because they're interested in doing it themselves but at the same point, it's what makes the event unique so I don’t like to give too much away. It is really difficult, it's mainly me trawling the internet or looking for different spaces out on the road and going around the city centre trying to find a space where I can do it. One time I went to a carpet factory and the guy said I could use his stockroom which was a massive warehouse and then he just let me down the week before so yeah, it's really stressful but it's worth it because people seem to appreciate the effort.

What's been the best Meine Nacht party so far?

The best parties have been in the supermarket. One in particular that stood out was with Bruce, who's on Hessle Audio and it was in the canteen area of the supermarket, where all the workers used to go. The DJ booth was in the hatch where the food used to be plated up.

How do you go about booking the line-up for the parties?

With the line-ups, it tends to be people that I'm into at that particular time and I've been following their music and stuff like that. It's more up-and-coming artists and finding them before their peak in their career. For instance I had Denis Sulta before his career shot off, and now he's absolutely massive. It's just a case of keeping on top of the new, fresh and up-and-coming talent. We try to provide different people with opportunities like the people who contact me to ask to play at the events. I always try and give them a chance to play, it's warm-up as well. Over the years, I've had a few different residents who have passed through and gone on to their own careers.

What's the energy like at a Meine Nacht party?

It's a laid back approach to clubbing with a bring your own booze policy. I'd say people are very comfortable in the environment, it's not too overcrowded. Everyone's just there to have a good time. I've got a community of people that always return to the night. I've done the parties for three years now and I'm trying to go on to something a bit different so I'm focussing on my own music career, producing and DJing more. I'll be still be doing the parties but I'm taking the summer off to concentrate on [making music]. I've got some collaborations coming up with some exciting new producers which will be a fresh new project with Meine Nacht. I'm looking at doing a series of tapes and turning that into a label which I haven't officially announced yet. I'm also looking at some collaborative shows for the winter period as well with Meine Nacht - some exciting partnership events. 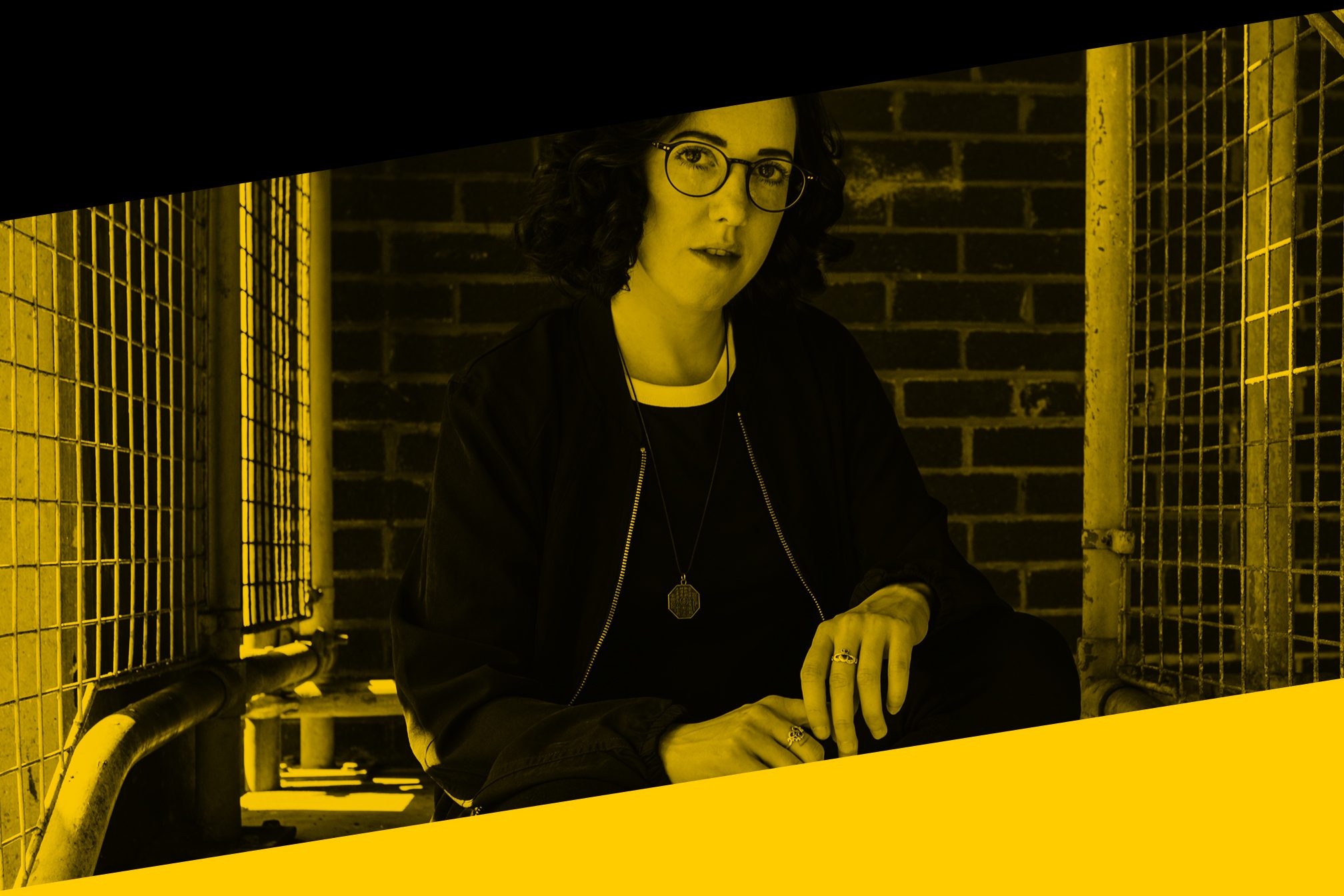 So you had your own club night and your DJ career and then you decided to also start your own label Deep Sea Frequency with OR:LA?

I was getting send a lot of music by fresh and local talent and with the event, it seemed like a natural progression really. I'd always wanted to start a label and the more music I was getting sent, I was like "why is this not signed?" and then that's where the concept for Deep Sea Frequency came from. It took months of planning and I managed to source a distributor in London. It was a really exciting project to work on and for me it was kind of the next step in providing a platform for the grassroots DJs that play at my event, the people that were sending me their music and people from further afield that found out about the event. I wanted to get their music out there and actually put it out physically, something they could keep. I wanted to work with the artists throughout the production process so they would be totally happy with it. With Meine Nacht, I started that as a project to push other artists but I'd never have expected that it would turn out how it has but the label came after that naturally really.

You're working on your first EP at the moment right? What can we expect from it?

I've taken the summer off to focus on that but it's taking a long time to make something that I'm happy with, especially with it being my first record. I want to make sure it represents what I'm about and represents me as an artist. I've spent months experimenting with different analogue equipment and different ideas and I'm working on a few tracks at the moment with completely different aesthetics. I'm a perfectionist so I want to be completely happy with it when it comes out and producing at the moment has been my main focus, and I'm also DJing more and then I have a bi-monthly NTS radio show. With the production, I want to be completely happy with it before something comes out so I'm working on different projects, my own personal stuff and other labels as well. There are a lot of people and they make tracks in a day or whatever but I'm very set on getting it right for the first time and making sure that it's not just something I've thrown out there and it's something that I've actually worked hard for.

So tell us about your Impact mix?

This mix is a representation of the kind of vibe I aim to create when I play out. I like to span different genres, not the easiest way to mix but it switches it up a bit for the audience or at least tells a story to keep them interested. I’m into a whole lot of different music so I try to incorporate that and I like how the diversity of different tracks can create one feel. This mix includes new stuff; some of which I have been sent by different artists, some 'old' records I have collected over the years and some upcoming material which will feature on an exciting new platform.

From Infinity To Here- J.G. Biberkopf