Impact is a series dedicated to profiling raw talent that's about to turn dance music on its head. Next up: Bonaventure

Soraya Lutangu started making music in late 2015 following the death of her nephew Bonaventure. She had previously been invested in pursuing a career in graphic and book design, but the pain and devastation she felt over the loss profoundly affected her life and outlook.

“I am convinced that my nephew died because of the colour of his skin, and this really shocked me, changed me,” Soraya told aqnb earlier this year. She became dedicated to fighting the worldly imbalances such as prejudice and structural violence that she experienced first hand growing up in Switzerland as a person of European and African heritage and that continue to afflict the world. Music became an outlet to express her radical intent, and this energy underpins the raw, agitated, politically-charged music Soraya makes as Bonaventure.

Towards the end of last year she was selected as a winner of Berlin Community Radio’s Incubator project and put out her debut release ‘Complexion’ via influential imprint NON Worldwide. In 2017 she looks primed to continue rising as a vital voice in the underground club sphere, with multiple art and music projects, and international bookings lined up.

This weekend on April 9 she’ll perform a collaborative art commission with Hannah Black and designer Ebba Fransén Waldhör at the MoMA PS1 in New York, and next month her second EP ‘FREE LUTANGU’ arrives via PTP, which weaves stirring samples into fierce productions for an intense, subversive listening experience.

Check out an exclusive Bonaventure mix and Q+A below.

How did you find out about the Berlin Community Radio Incubator scheme and how did it feel to be selected as winner?


Anastazja (Moser, BCR co-founder) told me about it after I sent a link of ‘Complexion’ to the Instagram of BCR radio. At first she invited me to guest on her show and then encouraged me to apply to the Incubator program. I remember going back home to do tracks to have something more consistent to send; Sarah (Miles, BCR co-founder) and Philip (Diep, BCR programming assistant) were so supportive as well and I was just shocked to meet people with such big hearts and can-do spirits. It felt surreal to be one of the winners and to see that BCR was into my music. As life is intense, we became family.

How did your experience growing up in Lausanne in Switzerland influence the music you make now?

I left Switzerland six years ago and have been doing music for just over a year now, so it is very challenging to grasp exactly how my upbringing in Lausanne influences my music today. I guess more than the city I am from or the one where I live now, it is the people I meet, global politics, memes and love that manifest most in my sound.

Maybe it is cheesy to mention but Ziúr, M.E.S.H. and Amnesia Scanner are strong influences and helpful in my development as a producer. I'm thankful for their tips, advices and tricks.

Trauma is embedded into your music. You started the project after the death of your nephew Bonaventure, and you explore themes such as oppression, identity, structural violence. How do you channel this as a source of inspiration and what energy do you think it brings to your music?

Traumas of loss, oppression, structural violence or institutional racism are no objects of inspiration nor abstract themes to me. I am trying to say what I think, denounce what I see or even repeat what I have heard by doing music. I am also trying to know who I am. Seeing people react to it keeps me sane and gives energy to my music.

What draws you to music as a medium to convey your message and challenge hegemony?

The laws of the Universe, really. 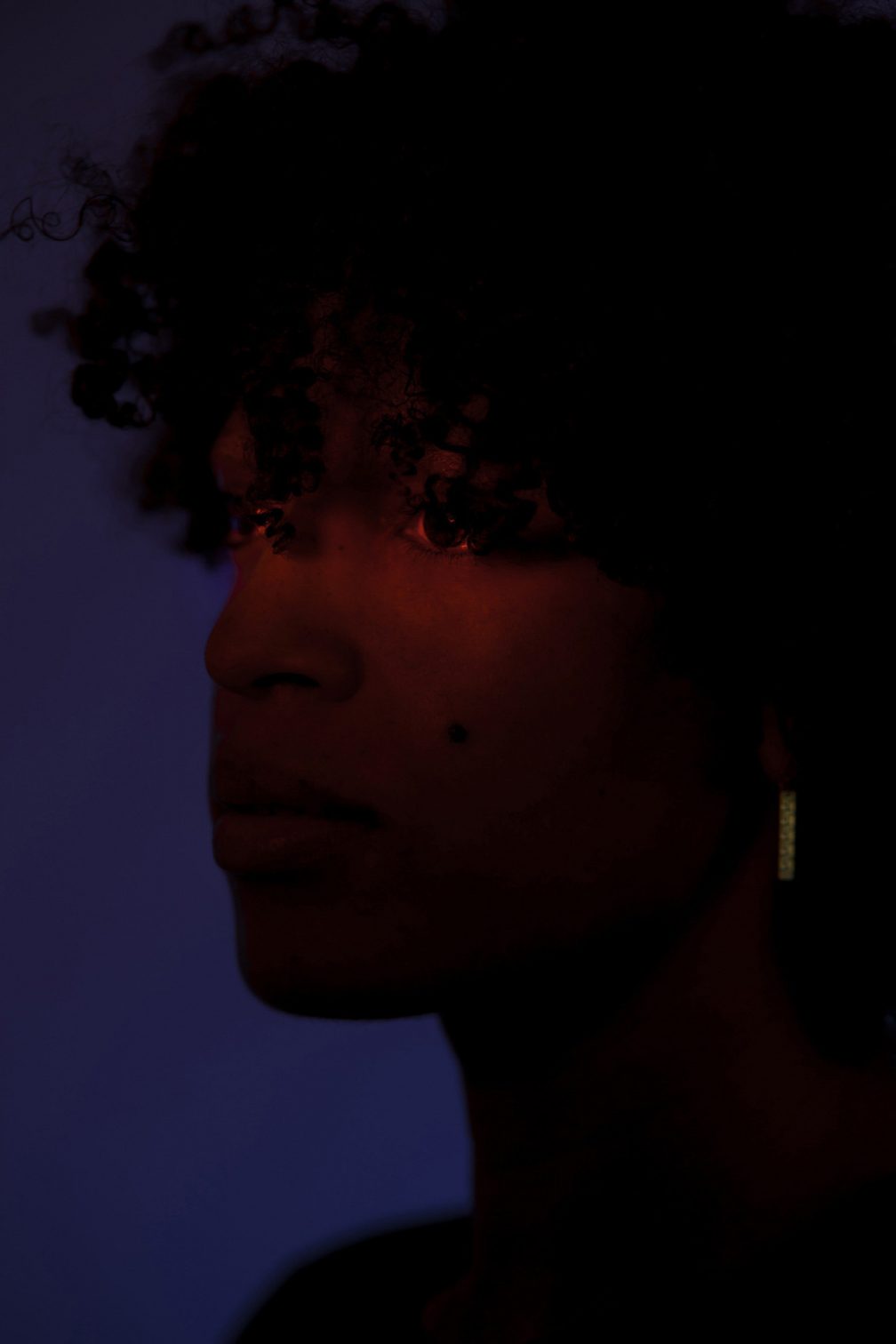 Did putting out your first single through NON feel like a significant validation?

Yes, at the time it was really important for me to have this single handled by a label I could relate with and that had similar political views. On top of this, Chino Amobi's [co-founder of NON Worldwide) remix of ‘Complexion' is really amazing, I love this track so much. This release really felt like a beautiful start.

‘FREE LUTANGU’ is comprised of six tracks, one for each of your siblings. Family and the link between the personal and political seem to be a big influence on your work.

It is for Salima, Amanda, Célia, Novely, Anwar and the little one Tamara. ‘FREE LUTANGU’ has been ready for a while now; the EP grew quickly and I am so impatient to see it out there. Val (Geng, PTP founder) is the perfect person to take care of this release and I felt really connected to him throughout the process; the energy and respect he is investing into each and every one of the artists he is working with says a lot on the depth of his heart. I am quite sure it is just a beginning.

The vinyl edition arrives with remixes of ‘Complexion’ from Endgame, Geng, Jackie, Prison Religion, Y1640 and Ziúr. Was it exciting to have those artists create new versions of your track?

It is a great honour to have them participate. ‘Complexion’ came out of me as an urgent pulse when the grief was nothing but pain. To have other people acknowledging the story and injecting something from themselves into it was a big help, as when something is too heavy to be carried alone. ‘Complexion’ is the first track I did and therefore a very special one. A video of it made by Ali-Eddine Abdelkhalek is coming soon, and probably more remixes throughout the year(s) to come.

Is that your nephew Bonaventure on the artwork? What made you select that photo?

Yes, it is Bonaventure on the artwork. The same reason that made me choose that artist moniker. M.E.S.H. will be doing the typographical layout of the vinyl cover, so there is more coming up.