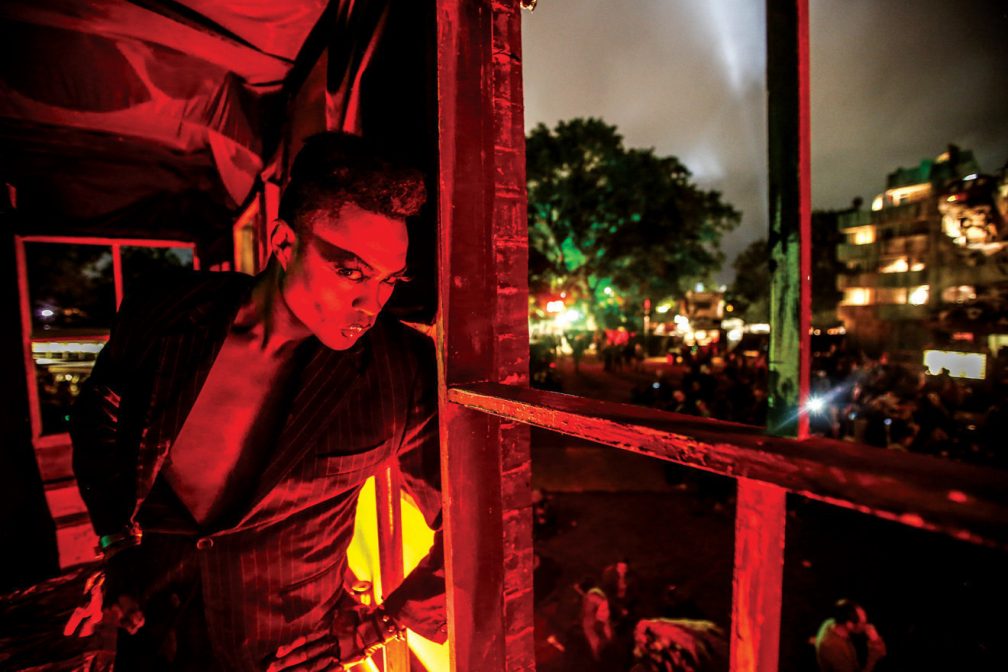 The music played back in 2007 had a strict cut-off date of 1979, so was mostly disco and funk, but the next year it was pushed forward to ’81, “then we realised we couldn’t cope without pushing [it] to ’89” – and now it’s simply a distilled celebration of the gay heritage of dance music, the fact that our global club scene was born of underground gay, usually black/Latin US dance music (ie the whole house/acid house/garage axis).

But music’s only part of the ambiance. Aside from the extraordinary décor there are 50 performers, adopting every conceivable outré gay archetype, and in all sorts of states. Last year, at alt-drag icon Jonny Woo’s East London pub, The Glory, the Downlow recruited a slew of ‘gay butchers’ to join the madness.

“Jonny Woo is the house mother of the trans army that comes with us every year,” explains Gideon. “When we come across alt-queer performance punk anarchist fuck-ups who should belong to Downlow, we invite them to throw themselves into it.”

“There’s a very blurred line between what’s performance and what’s them really being themselves,” adds Steve.

Rain or shine, then, this June 21 a poppers-drenched party will begin on Worthy Farm, and it won’t quit for 104 decadent, deranged, sleep-deprived hours. “We’ll be turning it up to eleven, being as queer, non-apologetic and as pure as possible,” says Gideon, “And Maceo’s, our backstage bar, is where the revolution will begin.”

Fighting talk from an outfit that has its roots in the free festivals and the punk attitude of 90s sound systems – Spiral Tribe, Bedlam, DiY and so on – but combined with the true gay spirit of late, great American originals such as Larry Levan, Frankie Knuckles, David Mancuso and Ron Hardy, the DJs who invented this culture we love. Rude, raw and, frankly, unmissable.