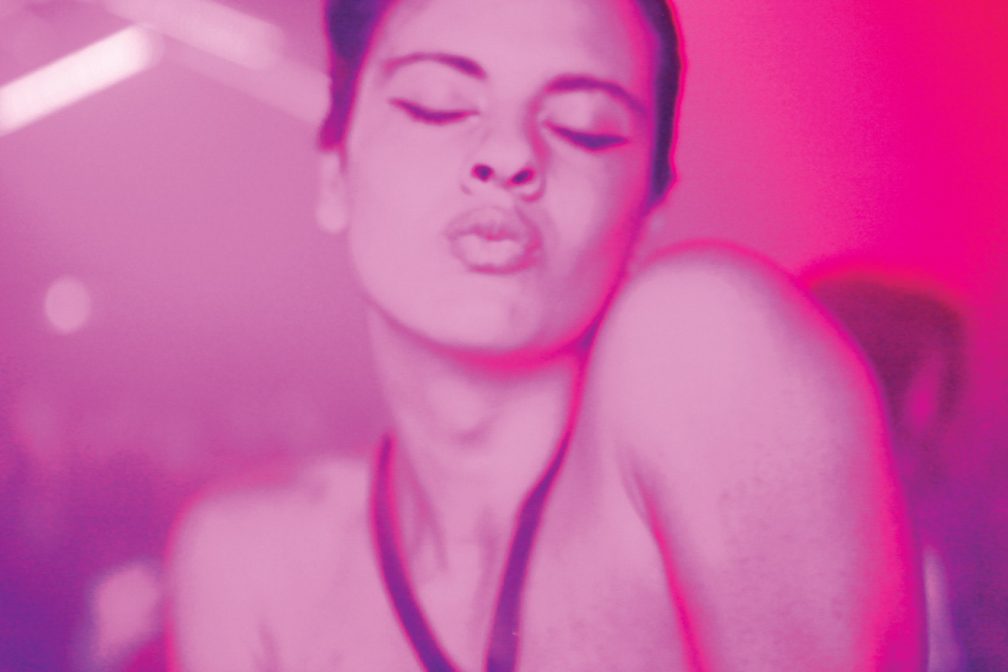 NYC Downlow’s name is appropriated from Afro-American slang for men who consider themselves straight but indulge in gay sex. It began life when Joe Rush, Glastonbury perennial and Mutoid Waste sculptor extraordinaire, hooked up with Berger and Gallagher at Fuji Rock Festival in 2004. Berger grew up in Peckham and spent much of his life as a traveller, once involved with the soundsystems of the 1990s, while Gallagher, originally from Birmingham, built a career as a theatrical designer and scenery painter. Both were involved at the time with Lost Vagueness, another festival-centric production crew. Rush offered them a patch within his Trash City late night area of Glastonbury, a space where they could represent an alternative gay underworld.

Inspired by the explosively in-yer-face gay soundsystems Gideon had seen at Burning Man, the pair spent months researching, fine-tuning every detail of their fantasy New York venue, “right down to the detail on the entrance grill”. They developed its backstory like method actors do for their characters, then assembled a team with expertise in architecture, structural engineering, rigging, scenic painting, poly-carving and prop-making to bring that vision to life. Everyone provided their services for a pittance or free, the Downlow family was born, and despite the lake of mud outside their venue, their Glastonbury 2007, with Horse Meat Disco to the forefront, was a resounding success.

“By 2016 that old set was so fucked it was only held together with mud and spunk,” says Gideon, “So we had to rebuild it. We developed the new Downlow in response to what’s happened in New York and what’s now happening here in London. Manhattan is an over-priced, soulless tourist attraction, all the spirit has moved further out. Needless to say, anyone who’s tried to rent a flat or even buy a coffee in London knows we’re heading in the same direction. We wanted to reflect that. The original NYC Downlow was [conceptually] in a tenement in the Lower East Side. When it was gentrified we had to move across town to take over a Meatpackers warehouse.” 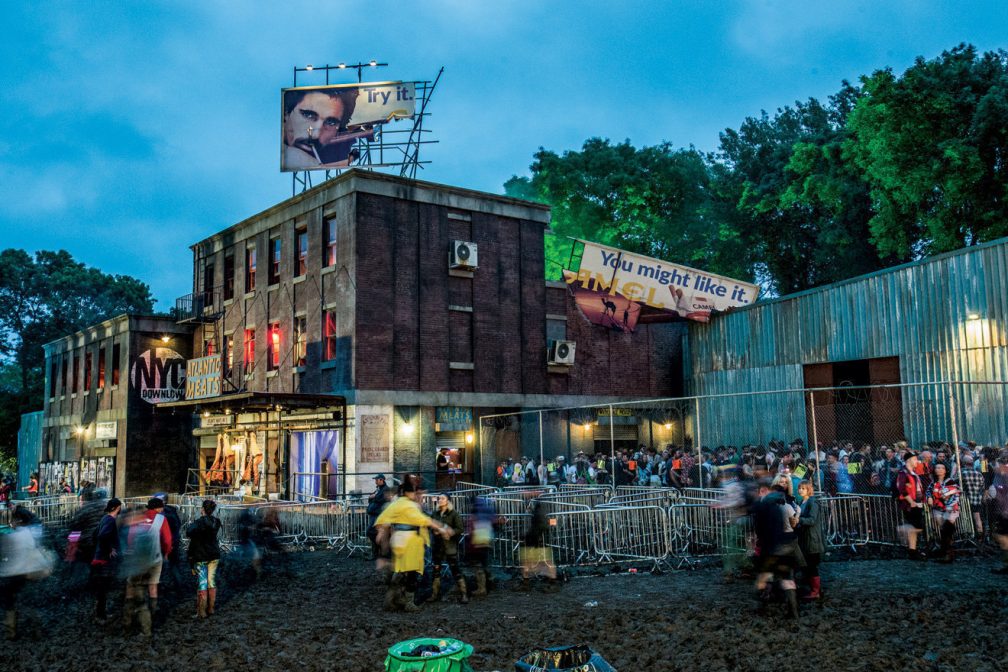 While Steve is in charge of logistics, Gideon, a globe-trotting DJ in his own right, oversees music programming. As well as their in-house DJs, the Downlow has persuaded a Who’s Who of classic house to get involved. “There’s never a dull moment,” he says, “flying superstar DJs over from New York, putting them up in a caravan in a lake of mud with the electricity failing every five minutes. It’s not Coachella! It’s quite an eye-opener compared to their normal experience, but what we do is unique and people want to be part of it. We’re able to get some absolutely whopping DJs involved for fuck-all. We can barely cover their flights and accommodation, but they do it because of our reputation. Everyone is linked – Kerri Chandler to François Kevorkian to Robert Hood to Tyree Cooper and so on, all of those founders of dance music, and the next thing you know you’ve got Masters at Work knocking on your door…”

This heavy hint at the 2017 line-up would be the latest in a long line of special Downlow moments, such as Roger Sanchez’ post-Orlando shooting anti-hate speech last year (which turned up recently on the collaborative Denney & S-Man release, ‘Unite’), or David Morales’ tribute to Frankie Knuckles. And then there’s the special relationship with Berlin’s notorious Berghain, whose DJs, including ND_Baumecker, Tama Sumo and Prosumer, are regulars.

“The Germans stay for the duration, they really go for it,” says Gideon. “They bring outfits and people and play as many different sets as they can for as long as possible. Prosumer donates his fee to Downlow’s door charities every year and always brings some really fucked-up looks with him – he really fully embraces it.”