While Israel is more often in the news for the Israeli-Palestinian conflict, Tel Aviv is, and has long been, viewed as the liberal and cultural centre of the country. So much so that it’s been given the nickname ‘The Bubble’ for its insulation from that situation. While in Jerusalem, religious tensions are palpable (21 people were injured when a bomb exploded on a bus just three days after our visit), Tel Aviv has a far more relaxed atmosphere. With a seafront, Mediterranean climate, and countless bars serving great food, good beer and playing on-point music (having a quality system and impressively large record collection seems to have become a pre-requisite for any half-decent bar or club in town, since The Block stamped its authority on the city), Tel Aviv is a bit like Barcelona – if you swapped Gothic architecture for 1930s Bauhaus buildings. But it wasn’t always the house and techno honeypot it has recently become. When The Block opened in 2008, it focused on bringing US legends like Danny Krivit, Tony Humphries and Kenny Dope to town. “This wasn’t new music,” explains Trax. “But it was absent from Tel Aviv, so it felt like a new thing to the people of the city.”

When The Block Mk II opened in 2011 – after the original venue was forced to close a year earlier to make room for a road – the focus shifted slightly to modern European house and techno giants like Dixon and Mano Le Tough, due in part to what sounded good in the new venue, a vast former cinema in the city’s central bus station. And as the number of international DJs playing the club grew, so too did The Block’s reputation. Last year, Gilles Peterson told us it had “the perfect balance between industrial and cosy,” while Robag Whrume tells us ahead of his set in The Squat (The Block’s second room) that he always finds playing there “special”. Nina Kraviz also says it’s her favourite place to play. In fact, so confident are the people at The Block in the experience they offer for clubbers and DJs alike that they’ve even turned down sets from some big-name DJs in the past, because of their reluctance to use The Block’s custom-made rotary mixer. 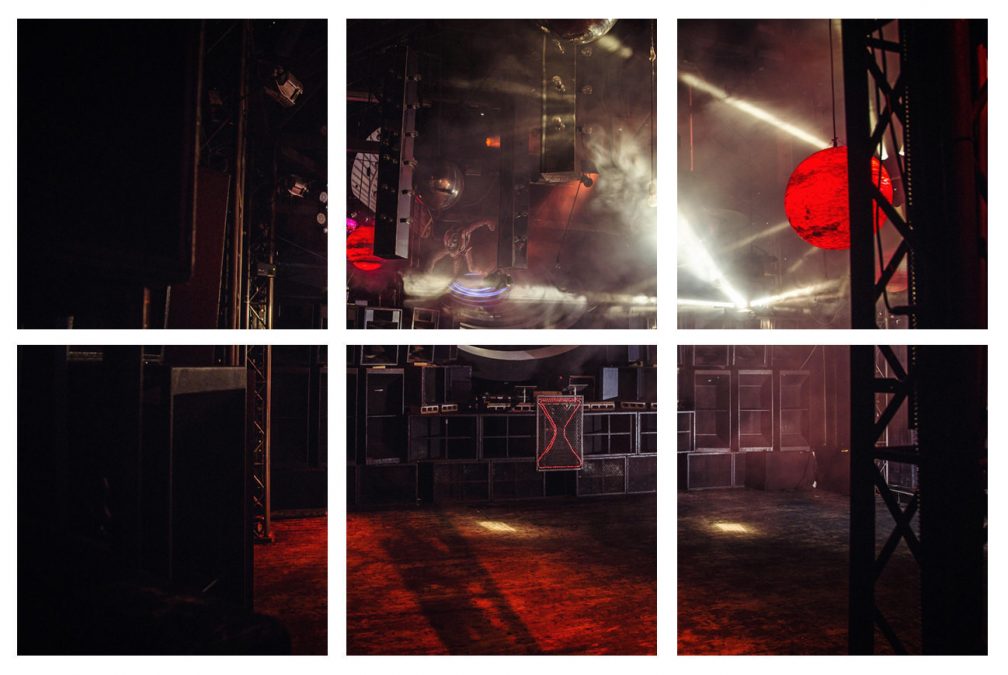 Later that night, Robag and back-to-back partner Gunjah are playing a set of sweeping and deeply melodic house in the club’s long, narrow and low-ceilinged second room. As the DJ Koze mix of Roman Flügel’s ‘9 Years’ drops, a crowd that ranges from 20-something-year-old hipsters, to couples nearing middle age and gym-fresh gay guys raise their hands and cheer in approval. And right down the front is Yaron, enthusiastically fist-pumping as a beaming smile fills his face, clearly lost in the music and as far away from the clichéd image of an imposing and intimidating club owner as you can get.

But in a country as politically complicated as Israel, can clubbing ever be more than a brief respite from the ongoing conflict its citizens – and the neighbouring Palestinians – live with every day?

“The club’s run by joint Jewish and Arab management,” Yaron tells us the next day. “This is something really rare in Israel.” As well as actively encouraging a crowd as mixed as possible, Yaron tells us they’ve made links with a club in Lebanon and hope to throw a festival in a neutral location like Greece or Malta, where crowds from both scenes can party together.

“If you can dance together, you can live together,” smiles Yaron. Now that’s a treaty we can all get behind.