The Moog One is the follow-up to the company’s legendary Memorymoog synthesizer, and also bears the influence of its discontinued Voyager series, the company’s previous flagship device. Was it worth the wait? The Moog One is a pleasing mix of the old and new and makes a good claim for being one of the most powerful analogue synths on the market today. Three-part multi-timbrality means you have three completely separate synths in one, capable of playing three different sequences of music at the same time, either stacked on top of each other or split across the keyboard. Each voice can play three newly developed triangle core analogue VCOs. Each oscillator can be mixed between a triangle or sawtooth wave and a square wave with pulse width modulation on the right; blending the two together creates complex waveforms not typically found in analogue synths. Other features include ring Modand FM on each VCO, two independent analogue filters, a dual-source analogue noise generator, analogue mixer with external audio input, four LFOs, three envelope generators and an extensive library of effects including reverbs by renowned effects makers, Eventide. 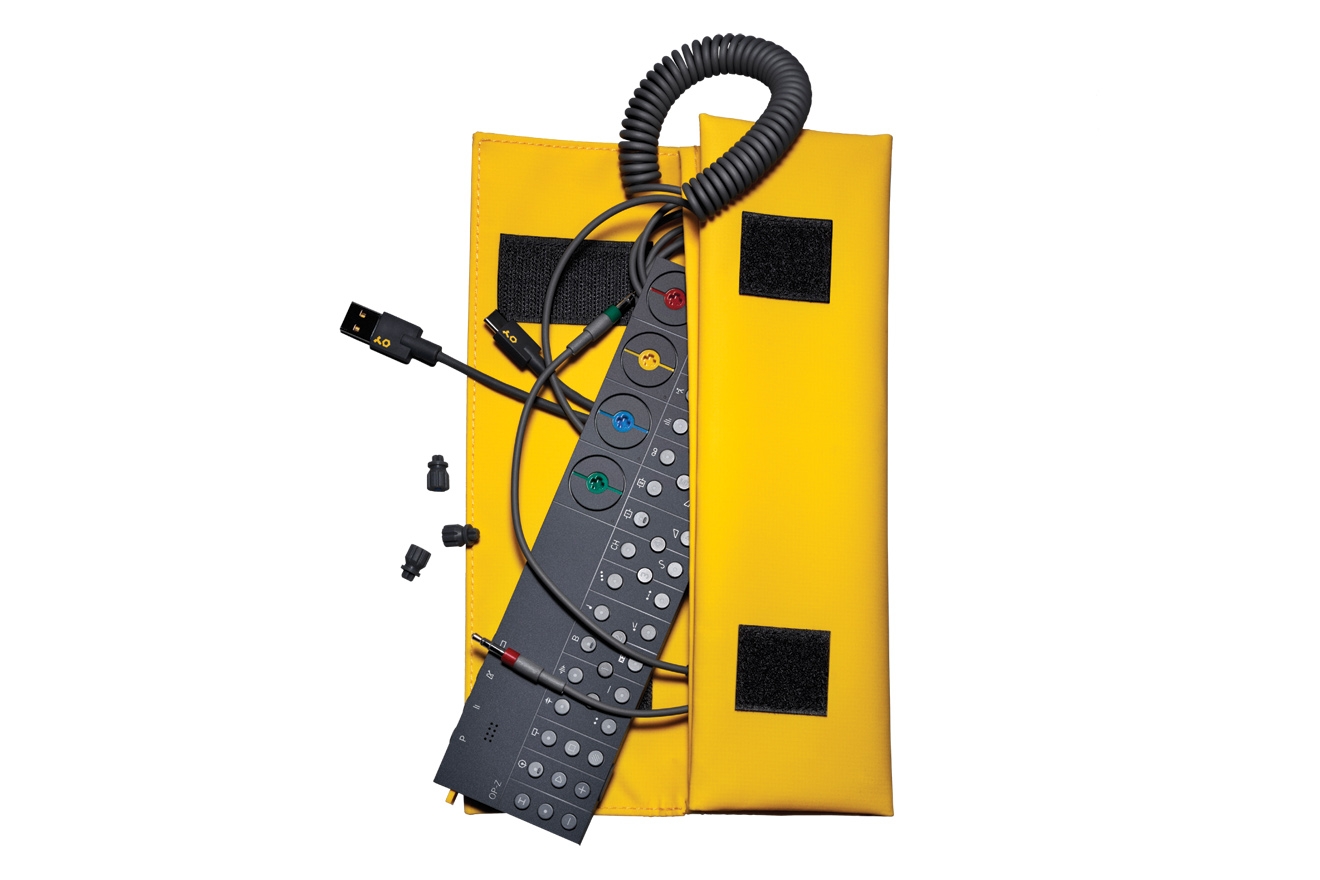 The Swedish company’s flair for off-the-wall, design-led ideas is yet again at work in their newest flagship multi-media sequencer and synthesizer. Plug in an audio cable and connect it via bluetooth or USB to your iOS device for visual control to reveal a powerful audio and visual workstation. 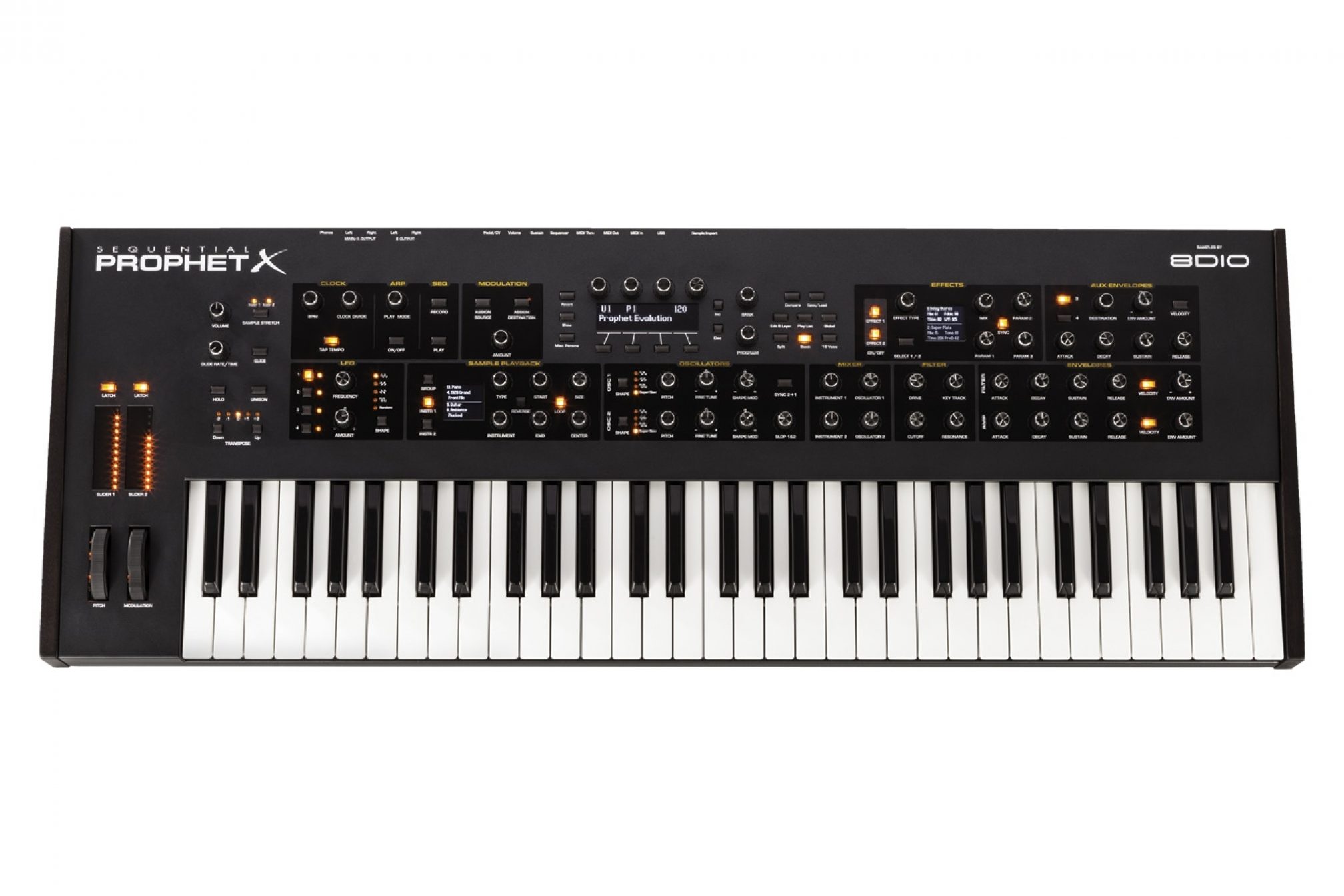 Legendary synth maker Dave Smith reclaimed the reins of his Sequential brand in 2018 and released this innovative machine, combining some of the key ingredients from his most famous instruments. It’s essentially a bi-timbral (so you can play two sounds at once), eight-voice stereo synth that combines digital VCOs with high-fidelity samples processed through an analogue signal chain that allows it to play sounds that go way past the range of the average synth. 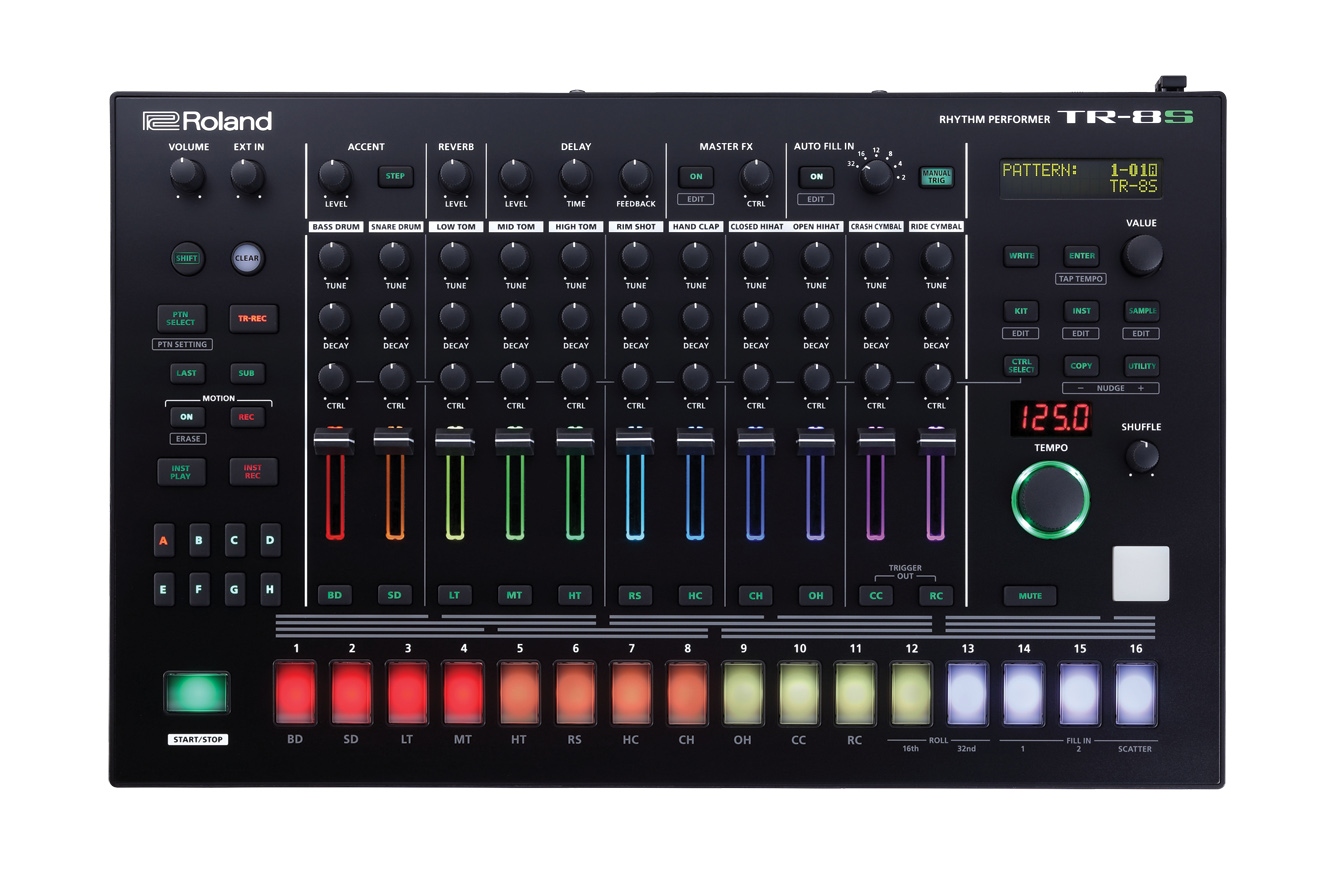 While the original TR-8 looked and felt at times like a toy, and the Boutique drum machines were too fiddly and restrictive, this follow-up to the flagship Aira drum machine feels like an altogether more serious instrument, one that puts Roland’s greatest drum machines at your disposal in one device, alongside your own samples. 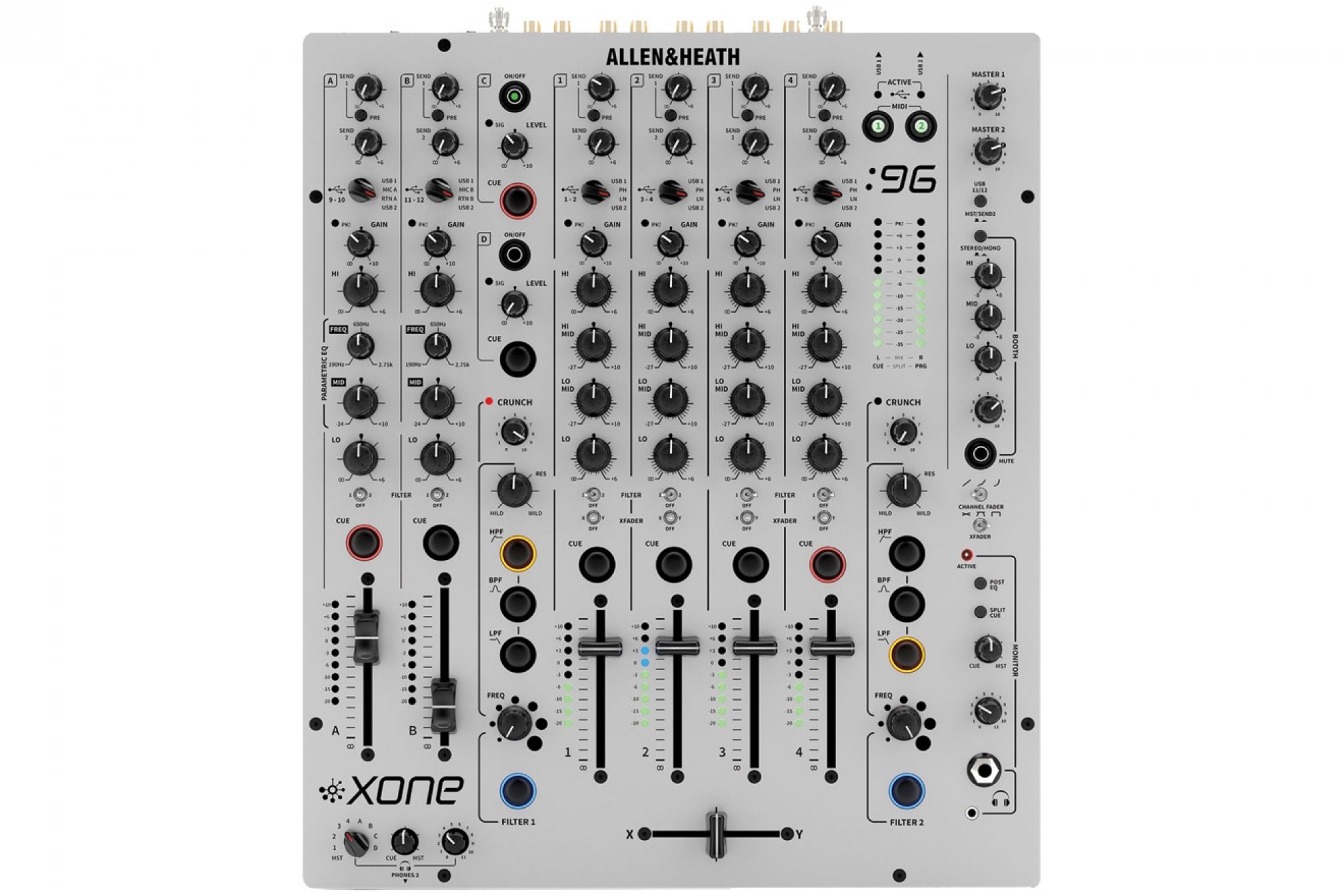 The titan of club mixers returns, and thankfully retains its legendary analogue signal path and filters. The wispy cross-fader of the previous 92 mixer has been revamped into a choppier, turntablist-friendly design. The filter LFO has been dropped in favour of a distortion button, and two USB inputs, two effects send-and-returns and a separate cue input for back-to-back DJs means this latest Xone is set become another industry leader. 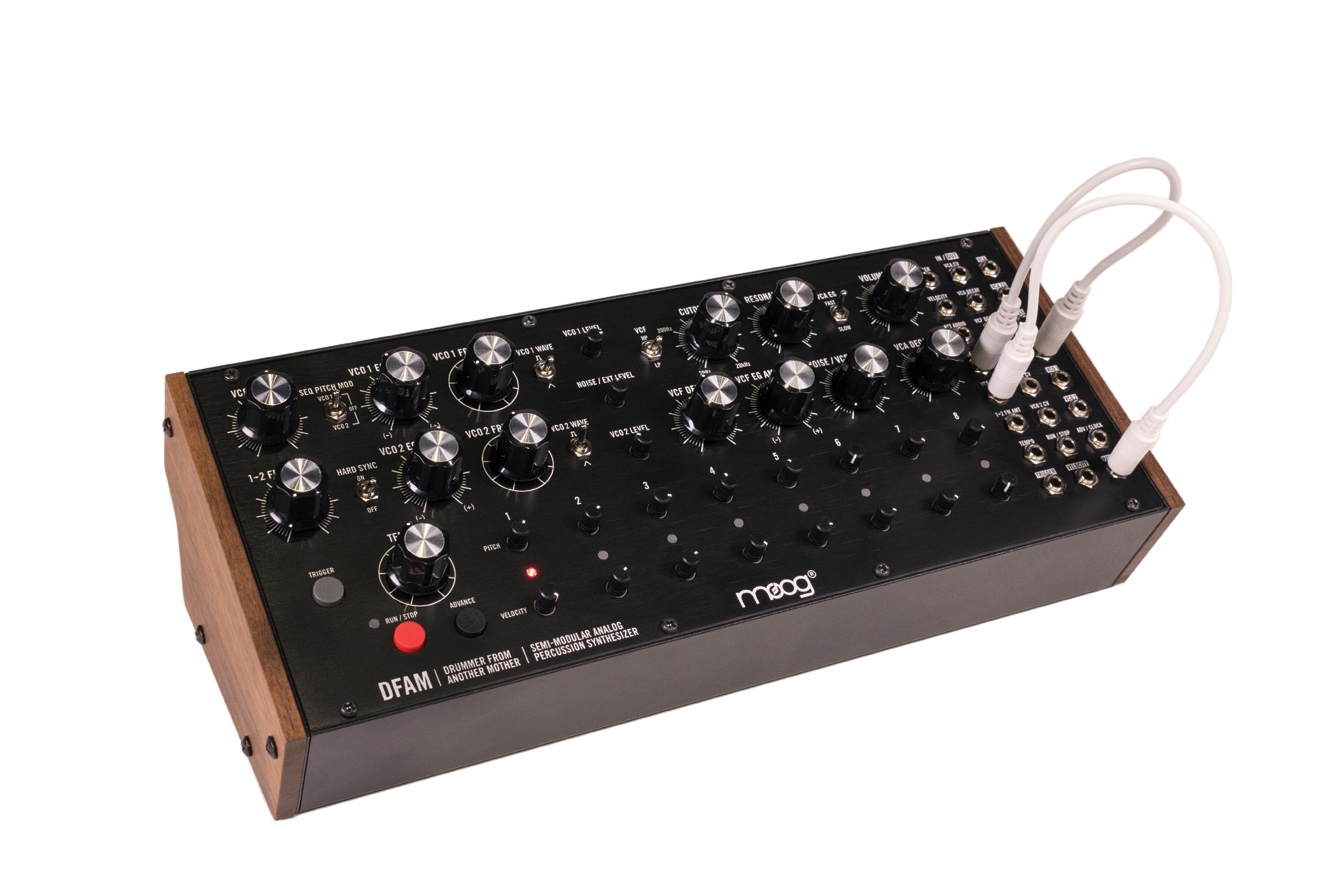 6 Moog Drummer From Another Mother

Moog’s other two great releases of the year probably each deserve a mention in this list, but for the sake of space we can only include the DFAM. As an introduction to modular, it’s an instant time-stopping, tweakable monster that excels at unique drum sounds and trippy loops and beats Moog’s incredible Grandmother semi-modular synth to this spot simply because there are few instruments out there like it. 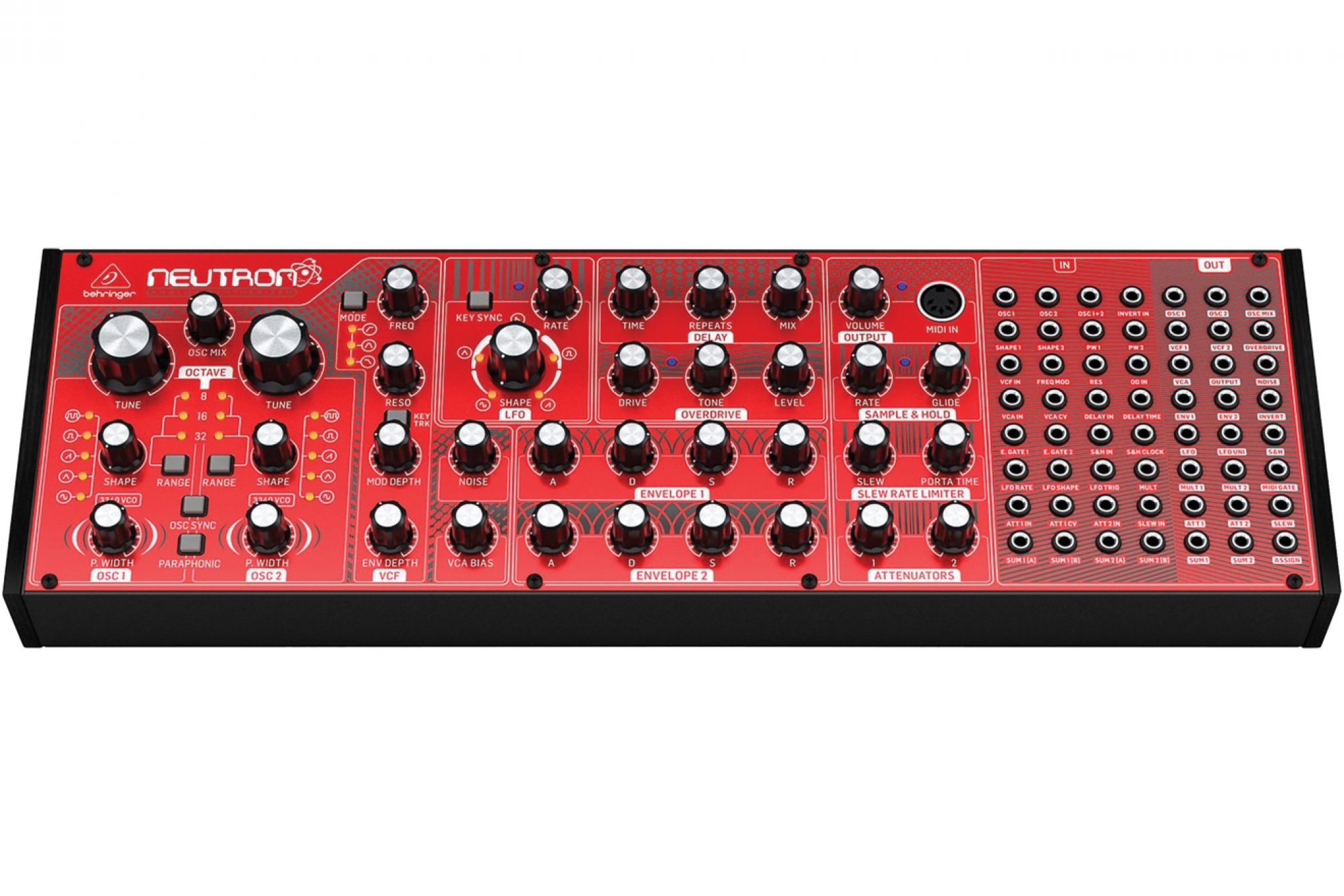 Behringer threatened to unleash a tide of industry-quaking remakes on the market in 2018 but by the close of the year, many of those, including their 808 and 909 homages, were pushed to 2019. This semi-modular Swiss Army Knife-esque synth proves they are equally good at making their own devices. 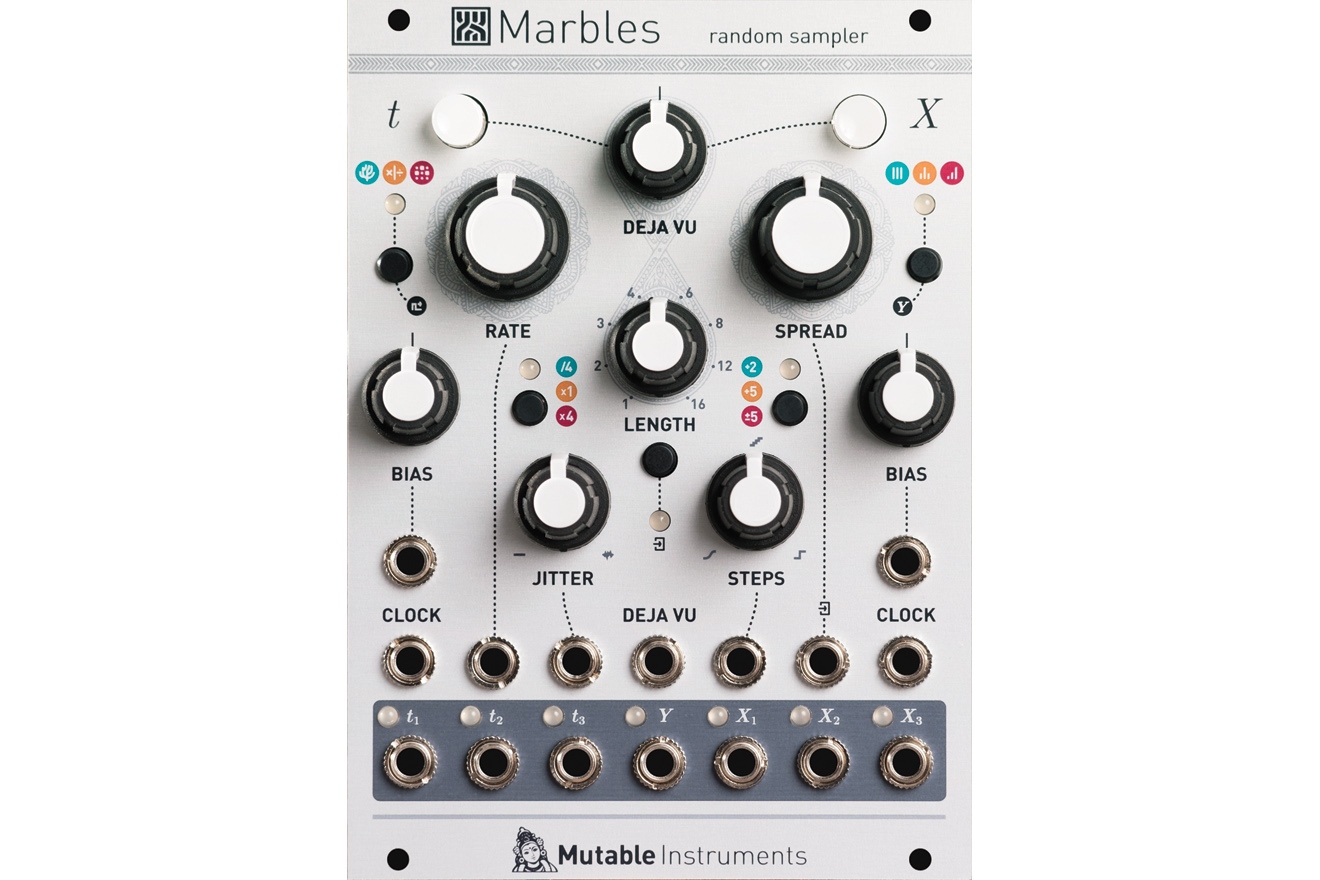 The modular world continued to be the most exciting corner of the music tech industry in 2018 and this randomiser might well be the most popular device of the year. As AI threatens to steal our jobs and brains in the future, ‘Marbles’ is more like your friendly studio jam buddy from another planet. 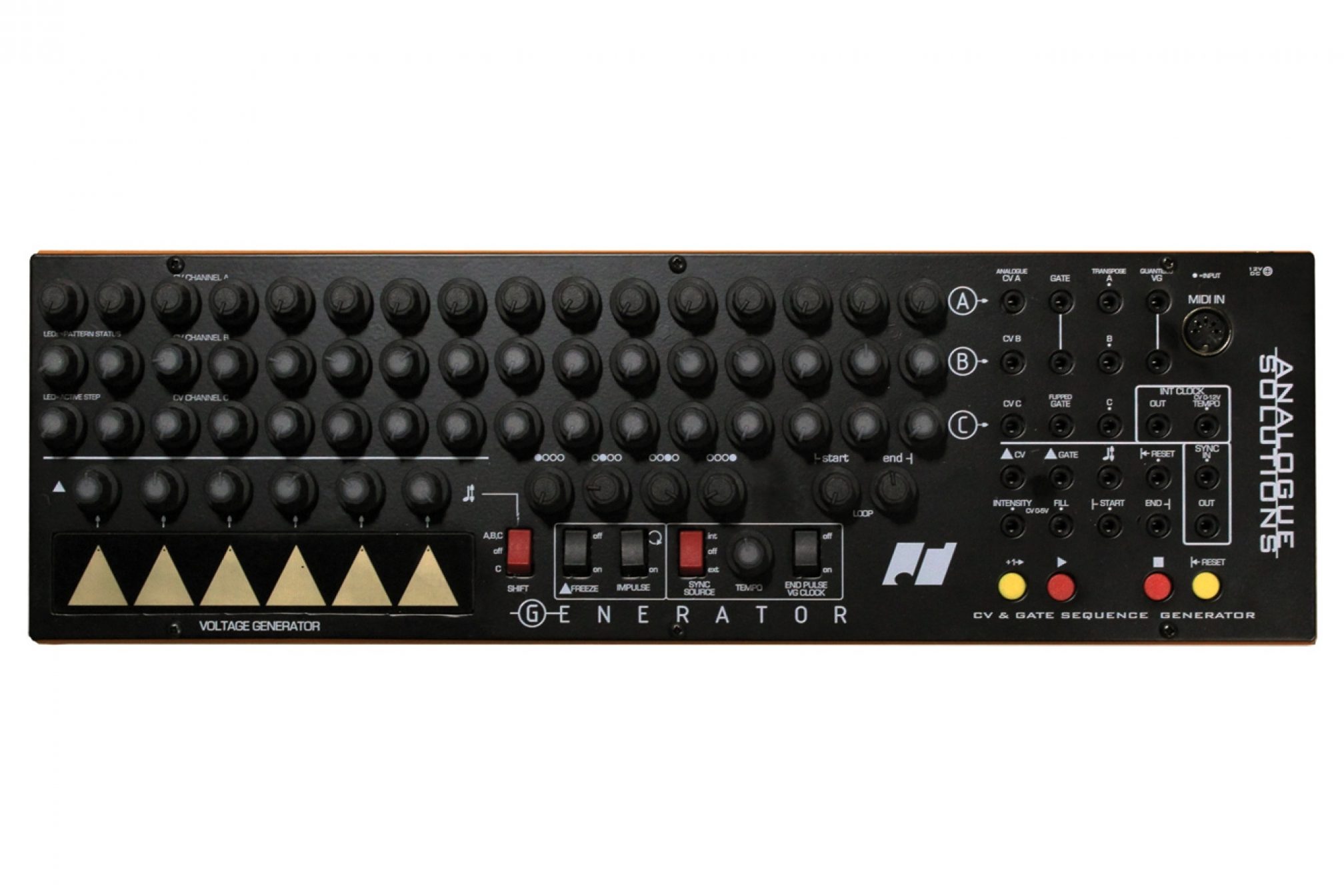 Revered for his old-school approach to analogue, Tom Carpenter’s best device this year was this three-channel, 16-step CV sequencer with a voltage generator keyboard. It’s designed to be playable and encourages you to constantly tweak and evolve your sequence and can be as complex or simple as you need it to be. 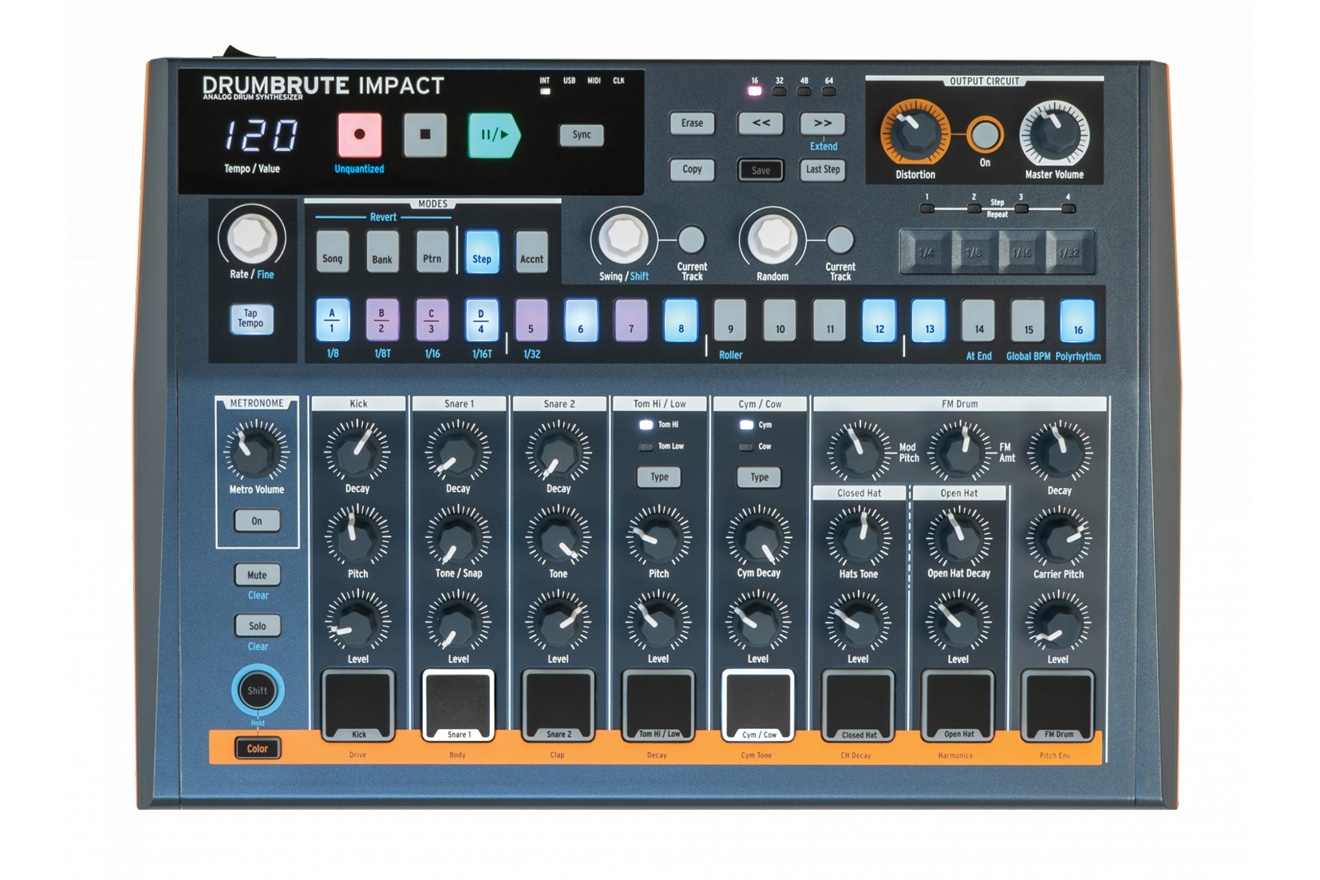 Arturia were another tech company enjoying a big year in 2018 with notable releases such as their MiniBrute 2 and an update to their V Collection of soft synths also making waves. The DrumBrute Impact was our favourite however, largely for its fresh take on an 808 style drum machine with ten voices (including an FM drum voice), tone shaping and master distortion for creating punchy, saturated drums.