The machine she uses is called a resonator. “The principle is, you put one thing in, says Beatrice Dillon, “and something else comes out. The original source is different from the output. You put a sound in and it finds a pitch. Put a drum beat in; suddenly a melody comes out. You didn’t write a melody, a melody came out, it’s almost fictional.”

It’s similar to the way the German photographer Thomas Ruff works. “He’s the master of ‘reimagined images’, and one of his shots is the album cover.” The photogram technique Ruff uses was pioneered in the 1920s, and the artist creates what Beatrice describes as a ‘fictional shadow world’, something that clearly appeals. Combined with the South Londoner’s ongoing quest to find new and unique forms of percussion and strings from around the world, it’s especially apparent on her forthcoming project ‘Workaround’.

Set to arrive via Berlin imprint PAN on February 7, ‘Workaround’ is the product of over two years of fine-tuning (“working in chunks” between a relentless schedule of DJ gigs and live shows) from an artist with previous releases on Hessle Audio, Trilogy Tapes and Batu’s Timedance. “It’s this weird nebulous point where it’s not house music, it’s not drum ’n’ bass, it’s this awkward point in the middle – but I like that,” she says.

In town for a live show at Dublin’s Bello Bar and dressed in a vintage denim jacket and wearing her trademark round, rimless glasses, the softly spoken artist begins to reveal the inspiration behind the record over a plate of Linguine ai frutti di mare at a local Italian. Dillon’s music is known for revealing sonic chasms other artists would hesitate to delve into, but it’s her approach to cross-border collaboration and experimentation that interests us. On ‘Workaround’ she’s enlisted samples and work from a diverse pool of artists like Bhangra and tabla pioneer Kuljit Bhamra, pedal steel guitar player Jonny Lam from Pharoah Sanders’ Band and Senegalese Griot musician Kadialy Kouyaté on the kora, among others. 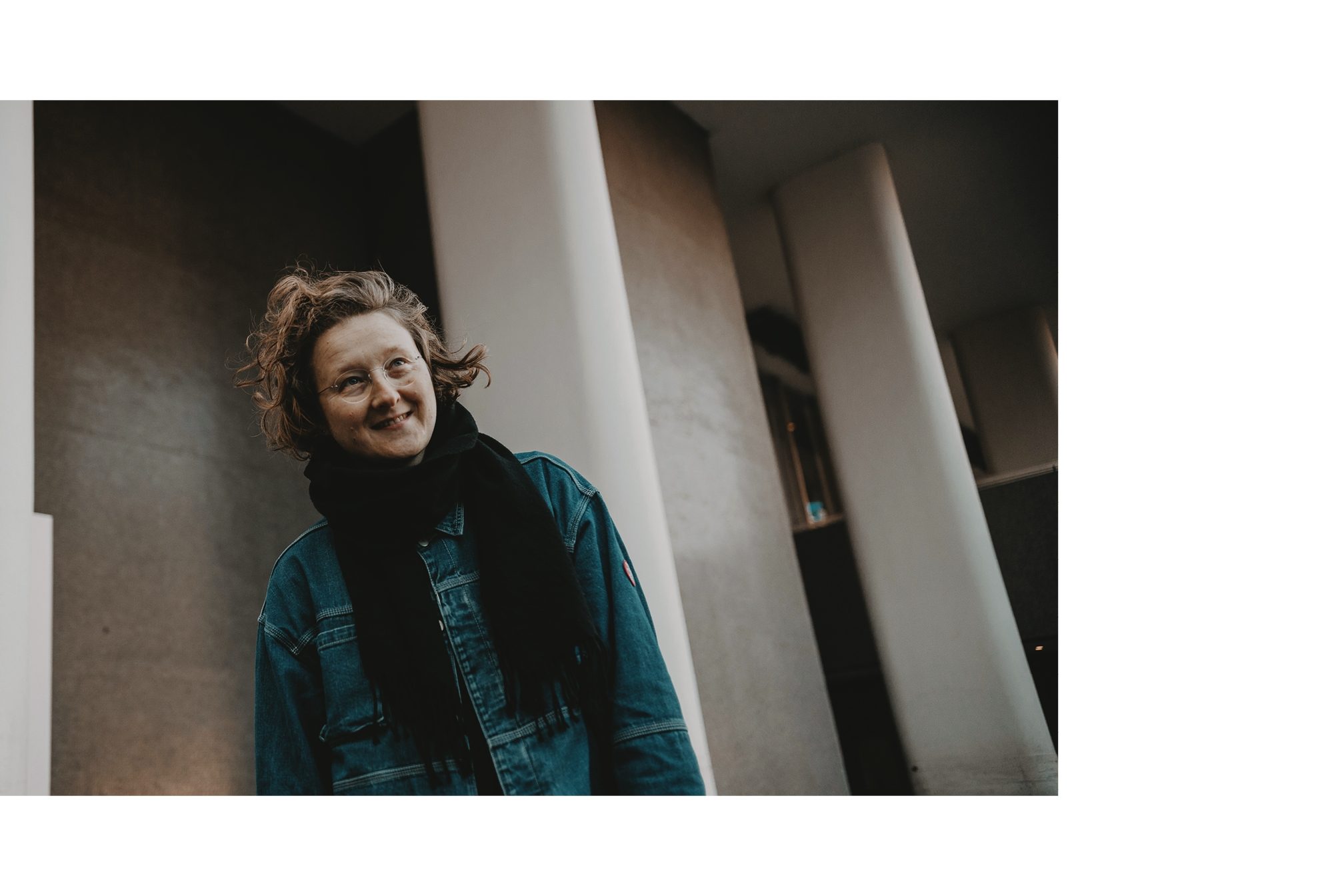 Her desire to meld modernity and tradition was born out of an obsession with music. From a young age she devoured the liner notes on records to find out how specific sounds were made. This attention to the granular led her to a life of experimentation with storied instruments like the Chinese Yangqin, and even the Irish bodhrán.

“This whole thing is driven by sheer curiosity. Sometimes that will backfire, sometimes it might not. There’s a really specific reason why I wanted that kora sound,” Beatrice explains, giving the West African lute-bridge-harp as an example. “I love how brittle that sound is – it’s right on the edge of breaking. I like really percussive strings.”

Read this next: How Cxema parties are changing the face of the Ukranian techno scene

“Not being trained in that kind of instrument, I have to meet it with the technique that’s available to me,” she explains. “I guess that’s with a computer somehow! I constantly put myself into situations where I don’t know what I’m doing. It’s not comfort-zone stuff, so it’s a bit precarious. I feel like I have the curiosity and confidence to at least try something, and if it’s a total mess I can just shelve it and no-one needs to hear it. But maybe something will come of it.”

The image developing is of an artist with vastly different reference points than the typical electronic music producer. “My brain isn’t full of the history of dance music,” she says. “I don’t have that burden. I’m not clogged up with knowing my Derrick May from my… well, actually I do know about him, but not to the point where I feel hindered by it all.” 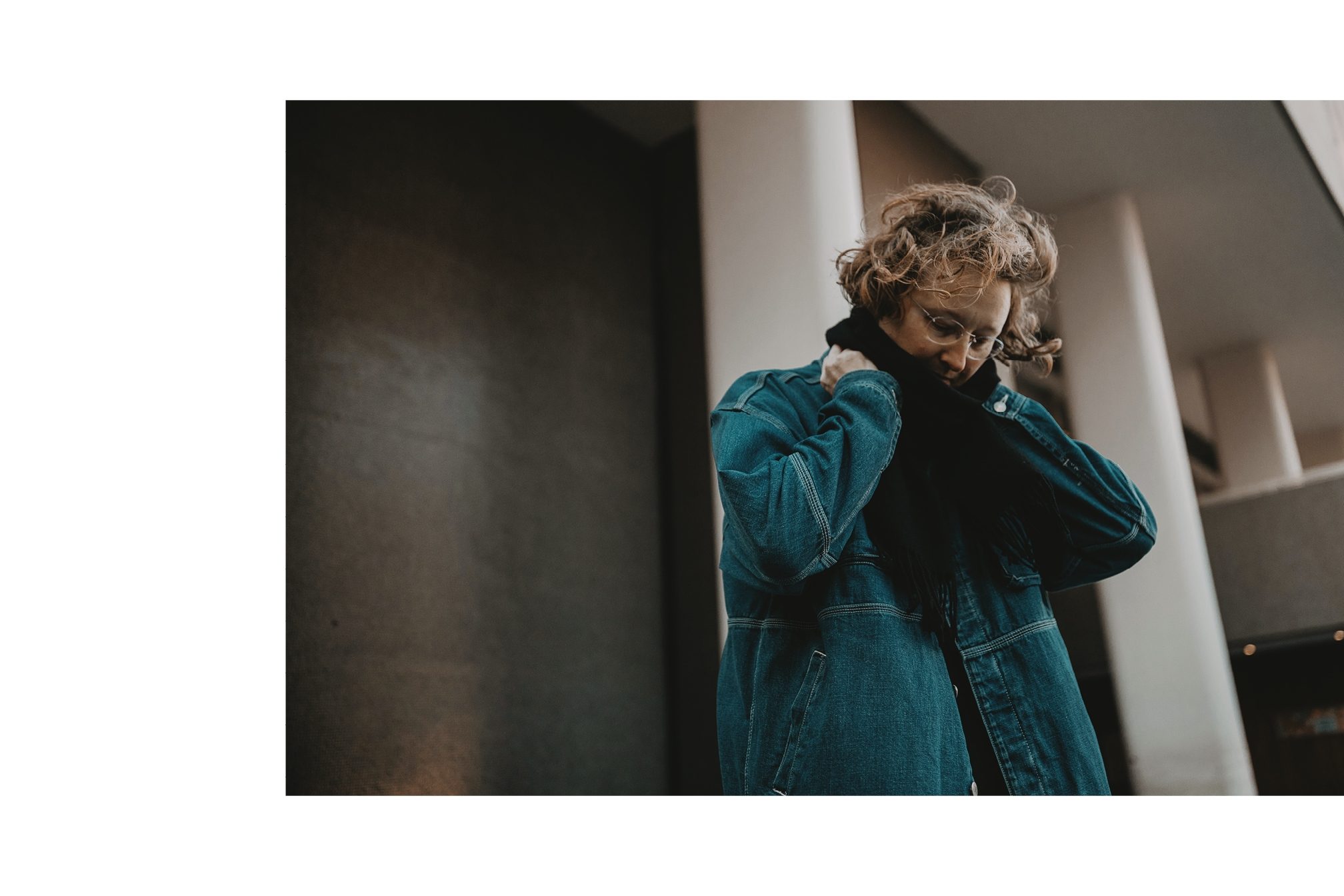 That’s not to say she hasn’t done her research. In fact, the dawn of her fanatical approach to music in general can be traced back to her time working in various record shops around London, including Sounds Of The Universe and Rat Records. “When you do that job, ninety per cent of the time you’re in an empty shop,” she explains. “So you use that time to learn about music. We’d get people bringing in their life collections. DJs... or usually their irate partners, actually! I remember once thousands of reggae seven-inches came in and we just sat there for the whole weekend, listening to as much as we could. It was amazing.” She even remembers selling Basement Jaxx a Fela Kuti record, but laughs off any credit when it comes to influencing the iconic duo’s sound. “It’s just that thing: you hear something and you want to share it. That’s what those shops do – they’re all about that loop.”

Read this next: Lebanon's rave revolution

It was also around this time when Beatrice began studying art. Listening to her speak about what influenced ‘Workaround’ – her personal relationship with German visual artist Jorinde Voigt, the work of Tomma Abts, painter Bridget Riley’s essays on grids and colour and James P Carse’s part philosophical book ‘Finite And Infinite Games’ – it’s clear that the visual medium is a huge inspiration. But Dillon has little time for art school. “Without sounding really poncey, if you do an art degree they don’t really teach you anything,” she says. “It’s a complete waste of money, from my point of view. The emphasis is on interrogating ideas, so it can be quite stressful because the point is to be analytical. It’s all about ‘why’. So as much as I’m a visual thinker, I’m interested in deconstructing things.”

After polishing off our pasta, we walk along the canal back to the venue. Obviously excited about tonight’s performance, as we pull up the shutters at the back of Bello Bar, Beatrice is still explaining that just as much work has gone into the new live show as the album. Inside there’s a house party feel, with local collective Wah Wah Wino spread out on on chairs behind some 1210s. As a stream of Dublin’s more discerning electronic music fans spill into the venue, the conversations get louder and the Wah Wah crew stick on Von Himmel’s krautrock odyssey ‘Rock N Roll Animal / Traum Esel’ and just let it play. After 20 minutes Beatrice appears on the dimly lit stage behind her laptop. Conversation in the crowd ceases with her first rolling high-hat, as though someone has tapped a champagne flute at a wedding. 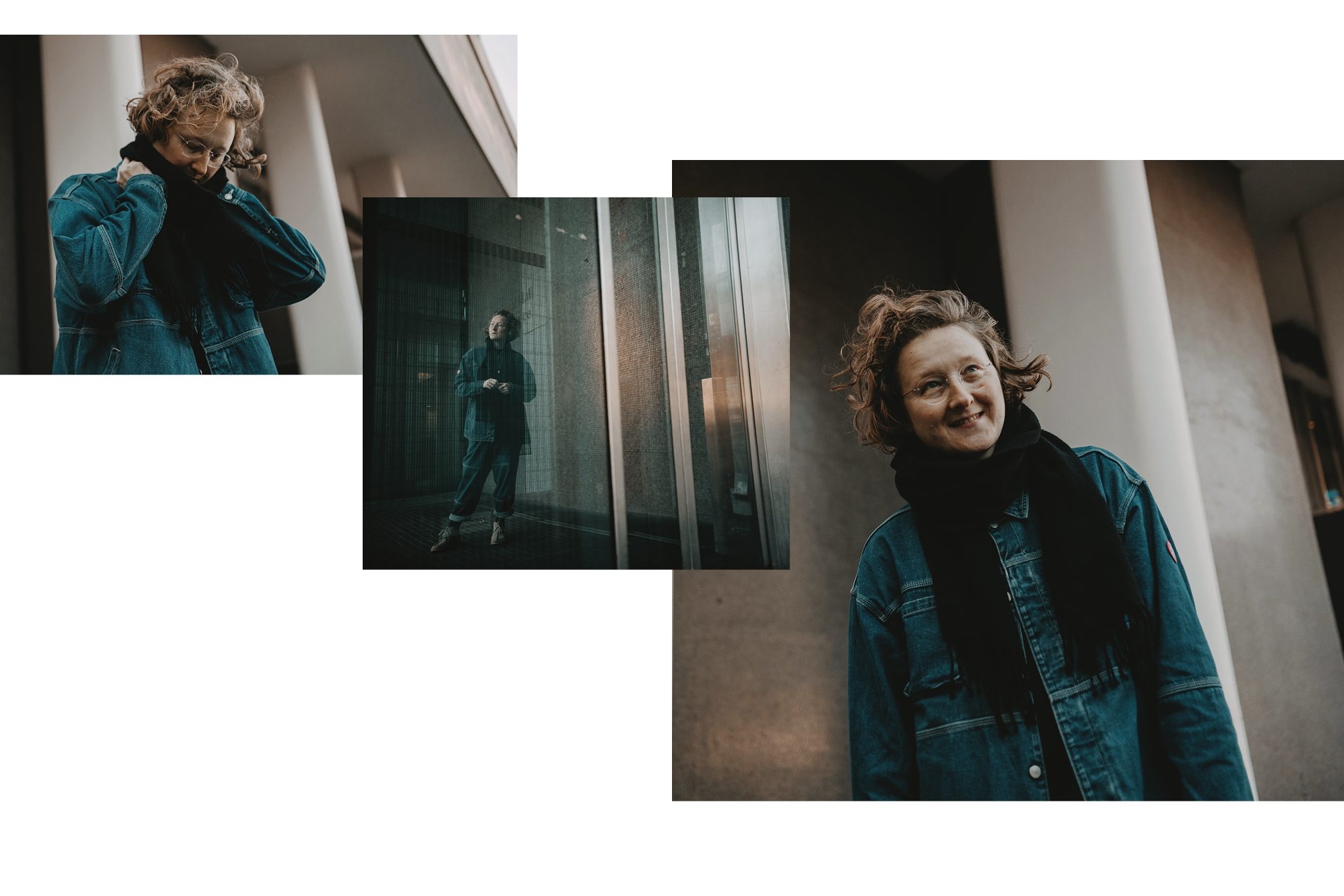 At the beginning of her performance, people sit on mismatched furniture at candle-lit tables surrounding the stage all in dead silence, scowling at those ordering pints too loudly at the bar. The small dancefloor is empty until the crowd finally realise that this is essentially club music and some movers appear – and then the floodgates open. That’s Beatrice Dillon’s music in a nutshell: even if you’re at her show, sometimes it’s difficult to know how you’re supposed to process it. “I really care that the music I make is considered,” she says, “but I want people to respond emotionally and instinctively to it,” she says. “I really hate this [idea] that this music is for the body or the club, and therefore doesn’t have the same cultural significance as this other music, which is somehow academic. I think it’s really stupid, but I also know I’ve gone and put myself in that really awkward zone, so I have to see it through!”

Beatrice says her own taste is in constant flux, especially when it comes to DJing. Her current favourite ‘crazy computer music’ comes from the likes of Conditional Records, sounds she describes as “extreme, quite hysterical and endlessly exciting”. “It’s music that operates in this totally different realm, that doesn’t rely on things like reverb as this atmospheric glue,” she tells us. “I find those things quite boring. I had a few ideas in mind when creating [‘Workaround’], and this sounds extreme, but I wanted to keep it gated and sober. I didn’t want to rely on this woozy reverb; people draw on that immediately to glue the atmosphere together. What do you do when you lose that? Shit. You’re left with this terrifying empty space, where I am now. I really wanted to make sure I didn’t reach for the comfort blanket.”

It’s this need to keep challenging herself that leads to collaborate with a bodhrán player in Dublin or link up with a Senegalese bard, and work with artists like Ruff. It’s what has her DJing with NTS in Russia one day and sound-tracking a visual art piece a couple of months later. Unsurprisingly, she’s using her free time in Dublin not to soak up the overpriced Guinness and piped ‘Galway Girl’ singalongs of Temple Bar but instead to seek out a live trad session in the revered Cobblestone pub. The quest to seek out new sounds, reimagine music and create new worlds, continues.

‘Workaround’ is out via PAN on February 7