Now we have to say goodbye to raving for the foreseeable future, It's time to ask a few questions: Is it OK to grieve for it? Was it ever a good idea to rave in the face of a pandemic? Can dancing to 160bpm+ hardcore be bittersweet?

Last month saw the last of our public gatherings (and inevitably all public spaces) and due to the lack of action by the government one of the biggest in our scene was still going ahead, Bangface Weekender.

Read this next: Gabber is back, and "techno purism can suck it"

The nihilism of a festival like Bangface is something that, you would think, to be oddly matched to the end of the world; the festival is apocalyptic at the best of times. Though it became evident as news reports trickled their way into Southport Pontins that this festival wouldn’t end up being the “rave in the face of the pandemic” that many had hoped, but instead a sombre acceptance that this would be our last. 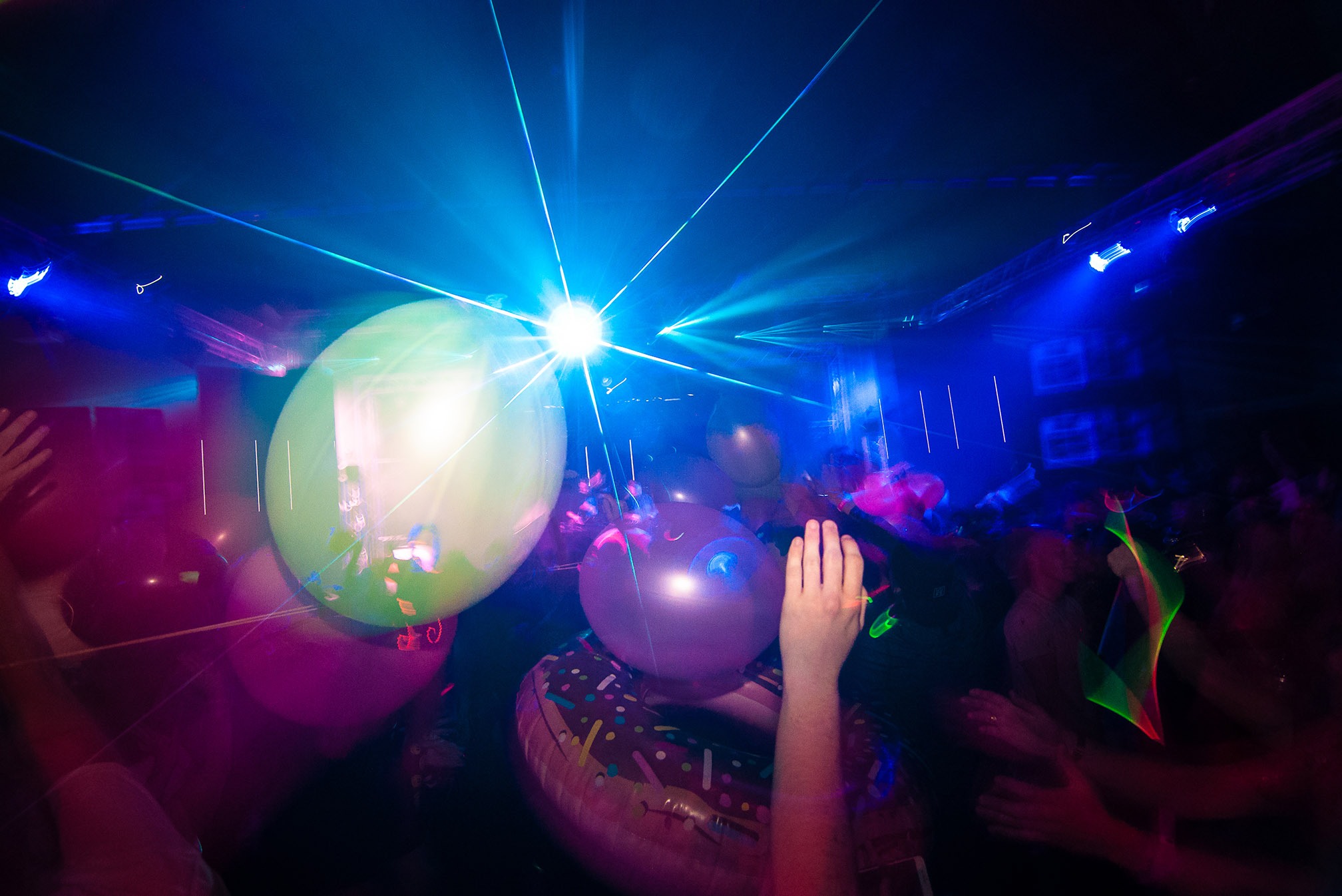 For the artists playing, there was clearly an overriding tension. Many had been preparing for this weekend for much of the year and would likely now see a huge loss of income in the months ahead. “It was a coin toss about whether to show up to be honest” comments Chevron, who played a live set in the pub on Saturday evening.

“I had been preparing for this since Christmas on a live set of all new tracks. There were cancellations of course, but no one had thought any less of anyone who didn’t want to play. It was understandable. I’m really glad I went through with it, and the crowd was amazing.”

Read this next: Listen to an outrageous Bangface mix by Tricky Second Album and Brain Rays

Many artists felt both a duty to the crowd, but also a looming realisation that this could be their last gig for some time. "No one wants to see a sad looking DJ on stage" shares Perc Trax boss Perc.

"I was happy to be playing as I knew it might be my last gig for quite a while. My set was extended from 60 to 90 minutes as some American artists could not make the festival and I enjoyed my extra 30 minutes. I would have happily played on for longer if I could have." 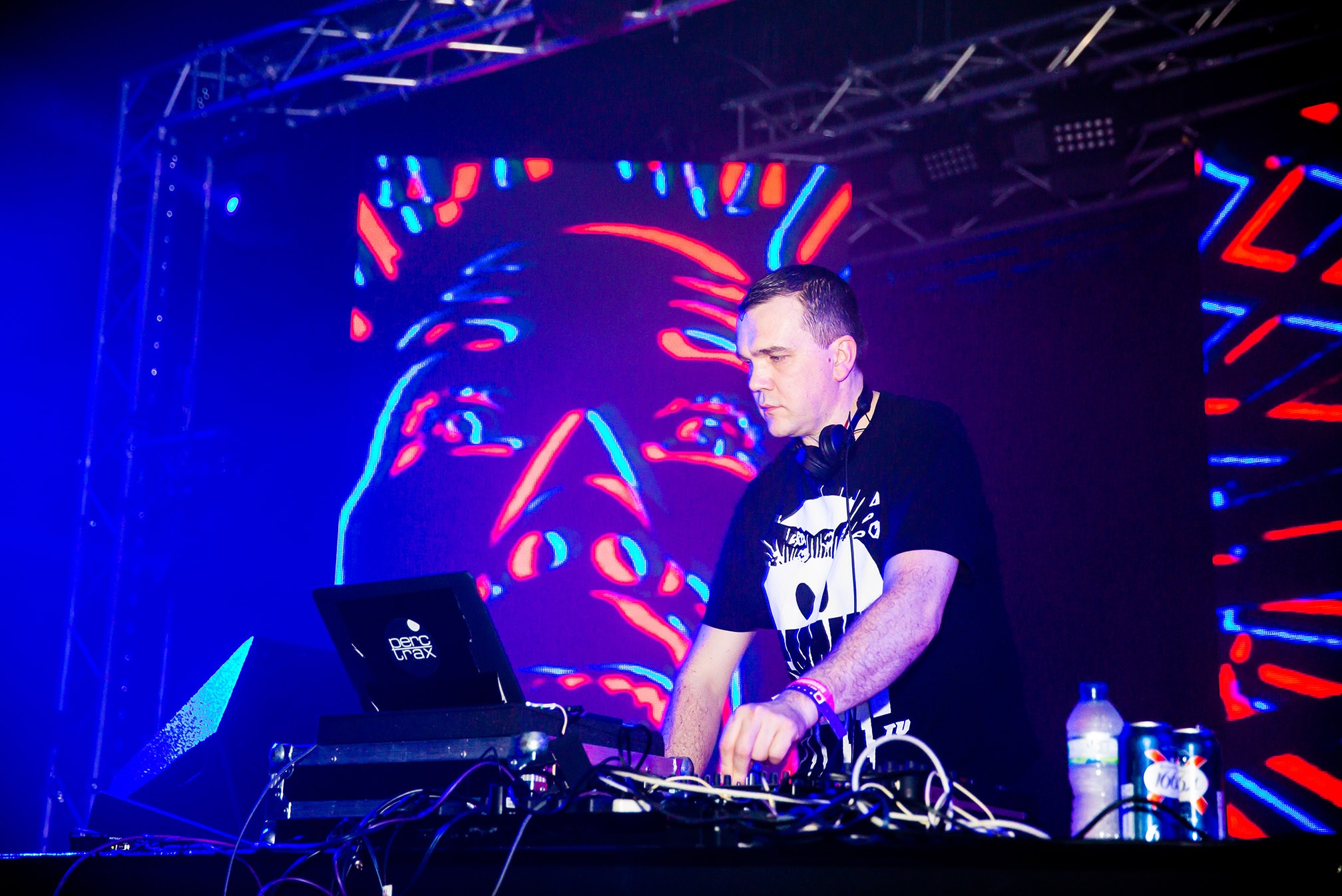 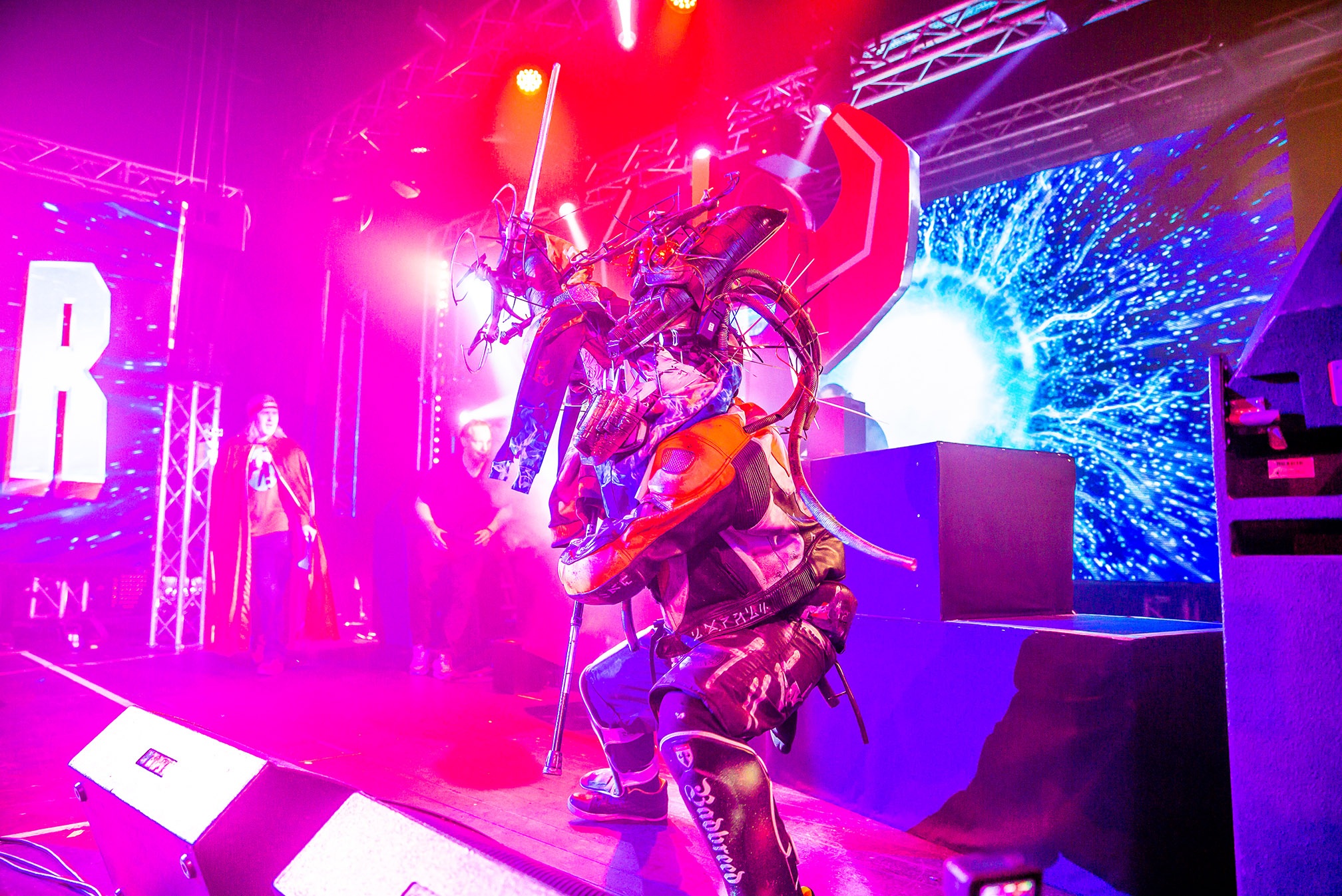 At this point there was no lockdown, no real direction from the government at all, and the feeling across the nation seemed to be as confused as it was concerned. The lack of any tangible shift in mood from the crowd at Bangface was comforting, when outside it seemed like everything was falling apart. Cancellations were expected but that hadn’t seemed to make a dent on the turnout, the arenas full as ever. Were the hazmat suits and gas masks a nod to the overreaching anxieties present throughout the country? Or are they just Altern8 stans? Who knows, to be honest.

The Bangface faithful were still swigging from shared bottles of Buckfast, social distancing was still a new term rather than a drill government slogan; upon arrival at Southport an 8-man Thomas the Tank Engine costume (that resembled a cross between the human centipede and the blue man group) zipped across the car park into the venue. 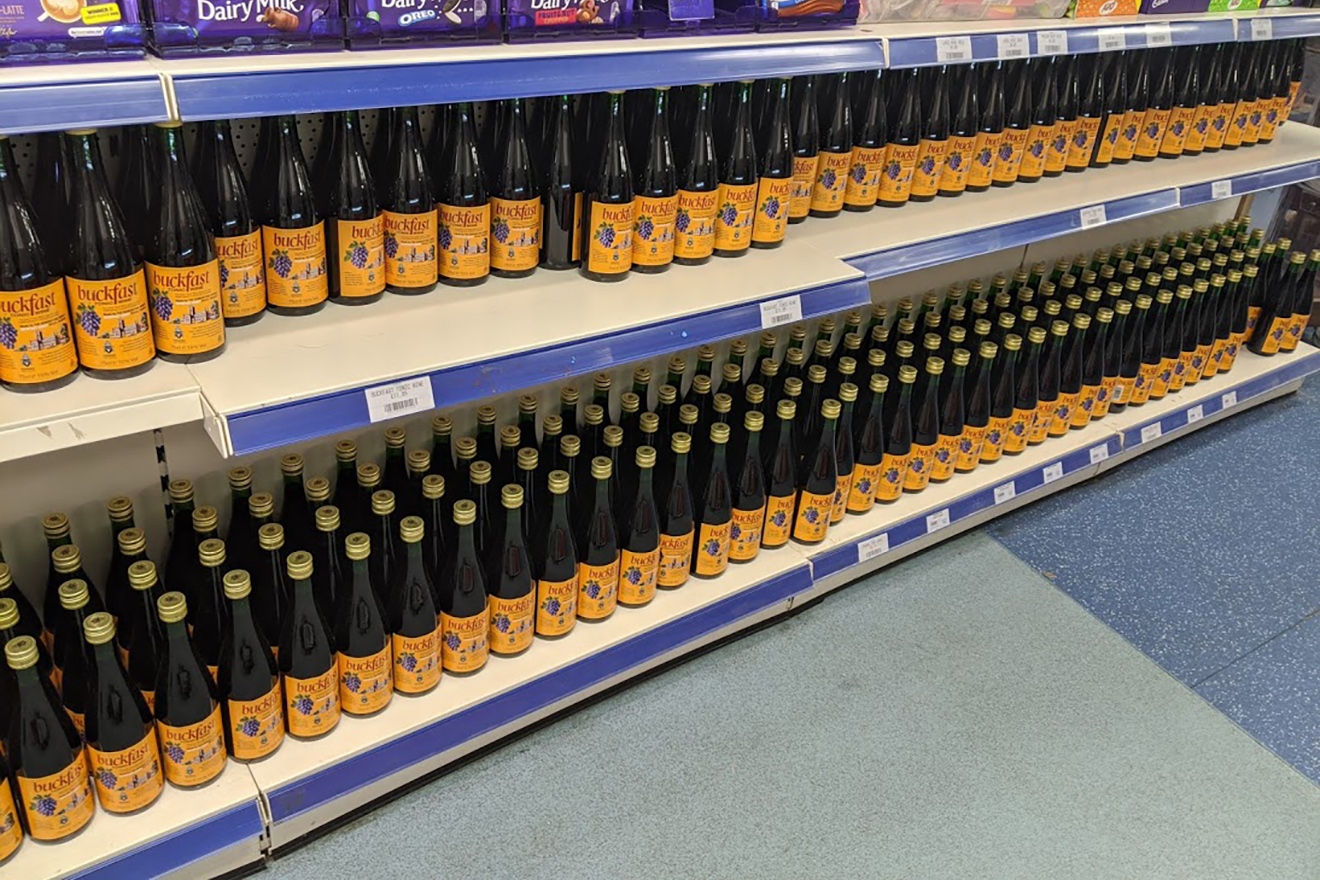 “It was incredible how seriously people were taking it” say’s Chevron “washing their hands in the bogs, people washing backstage just because; lots of elbow based greetings, extra cleaners on hand; extra washing stations outside, people keeping distance and sharing hand-sanitiser. It put our minds at ease slightly.”

The smoking area chat was still bonkers, but alongside chat of viagra and monkeys that sell tiger balm, it was always the virus. As the weekend drew on it felt like those not taking the threat seriously, or attempting to ignore it, were doing so at great effort.

Though the theme had been “childrens TV” it was undeniable that the real theme was coroanvirus, girls in groups wore knitted face masks - there were people walking around in legitimate looking doctors uniforms causing passersby to double take. During Helena Hauff's banging, overwhelming electro set on a girl dressed as a germ whispered to her friend “I can’t believe we’re going to go out to Helena.” 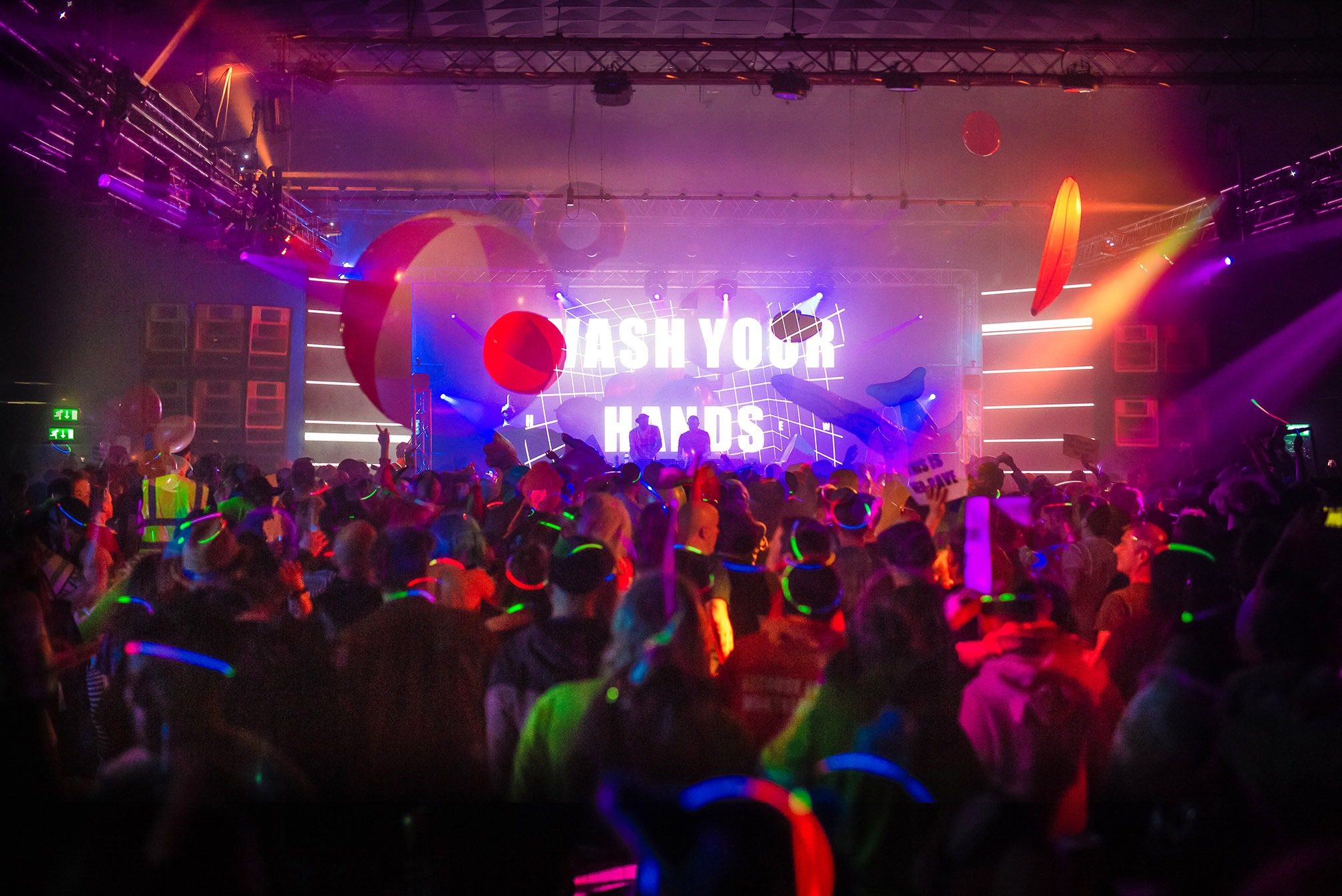 By Saturday everything had changed dramatically. Parties in London and other major cities that were set to go ahead regardless, were now dropping like flies. It was evident that the advice the government had given might not have necessarily been wise. Anger had set in.

Anger from the outside world at gatherings still taking place, from friends and family worried about our safety. Then came bargaining… this would all be ok as long as we isolated when we got home right?. Uniquely it became a strange vantage point, we’d left to come to the festival but would be returning home to a situation that was changing beyond what we could have possibly imagined.

“I think we were all really stressed about how our favourite festival was being perceived” says Planet Fun’s Peggy “I had people messaging me on social media who I didn’t know, saying that organisers should be ashamed of themselves, that we were in the wrong for even going.”

“This festival is all we have for our genre though. It's not like if they cancel Dekmantel and you can just head to Dimensions the month afterwards, we felt a responsibility to make sure Bangface went ahead so it would survive, for our scene.” 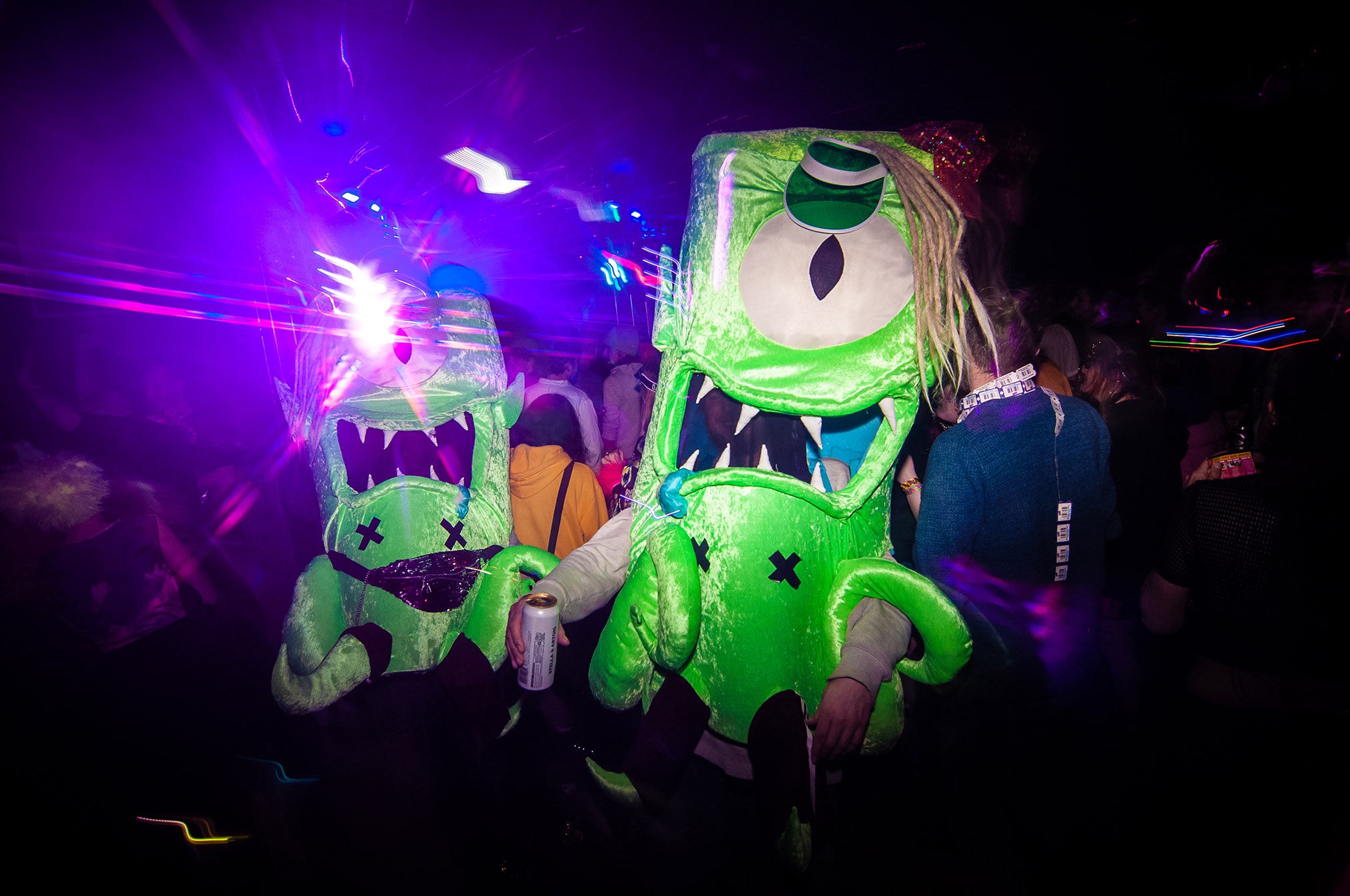 What had begun as a last hurrah had turned into a serious question of whether or not remaining at the festival was ethical, and if it was worth supporting the festival, and its unique contribution to dance music and ensuring it survives? Or were we putting both ourselves and the general public at serious risk?.

"Coming home on Sunday was the hardest," Perc agrees, "there was so much uncertainty. I was wary before playing and I'd been following the news closely. But there was this stinging realisation that I wouldn't be DJing for quite some time."

On Sunday evening acceptance came, and with it transformed Bangface into something different entirely: tender and retrospective.

In groups (scary yes) many huddled together during the closing ceremony for one last dance anticipating what would be announced the next day: That the entire country would be expected to keep a safe distance from one another, remain at home whenever possible, until we had reached a point of control on the virus’s spread.

A beautifully curated set from Saint Acid was meant to be a tribute to the hard crew, but instead ended up being a tribute to all dance music - and dance music culture. Alongside drum 'n' bass, jungle, hardcore anthems were Ibiza classics, pop ballads ending with an Eminem 'Love the Way You Lie' gabber edit.

The clearly emotional festivals organisers gathered on stage during the last address, with Saint Acid asking the crowd, somewhat unsurely “we’ll be here next year, right?”.