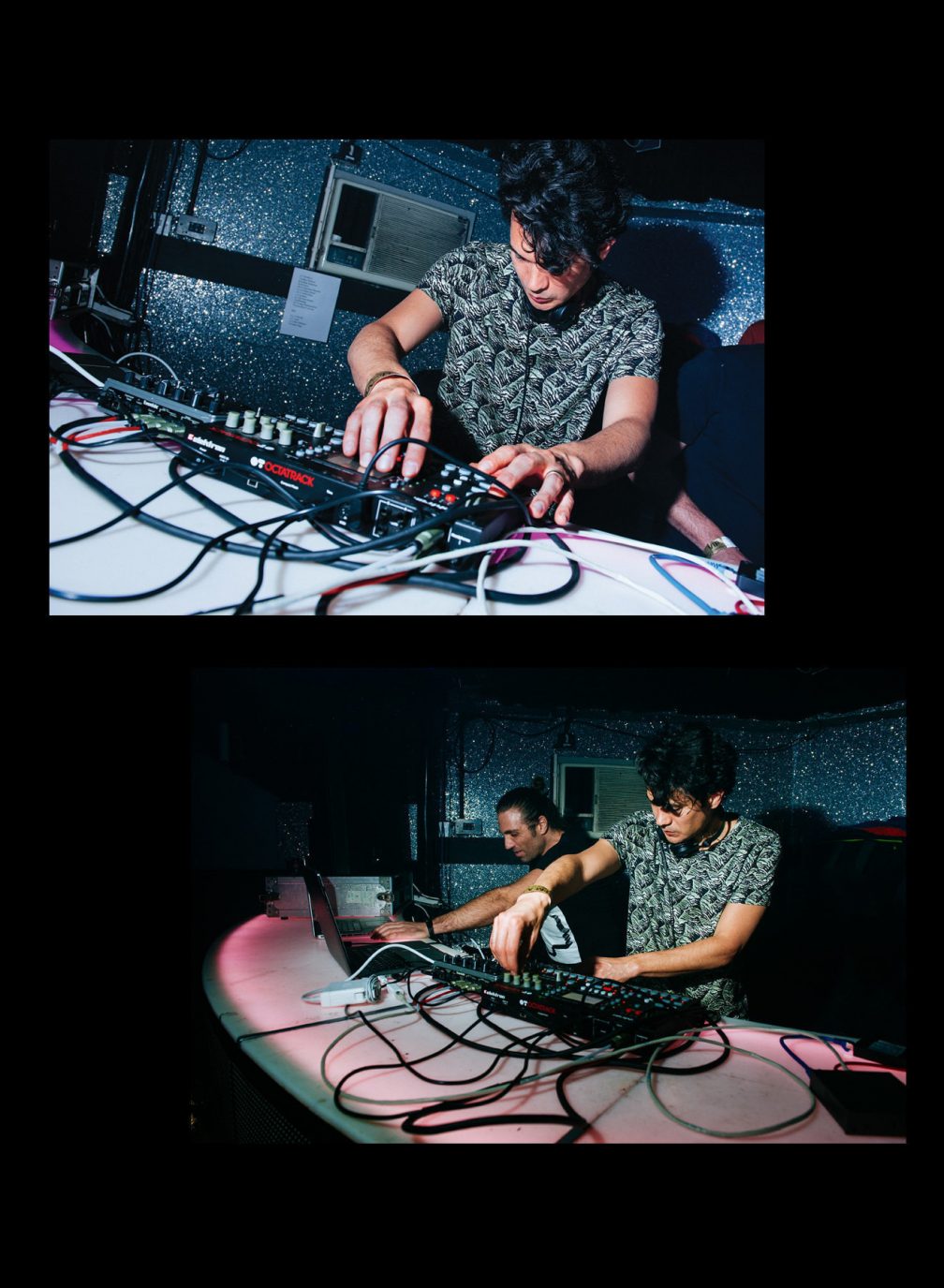 As if to underline the shift in his values, one of the tracks on Audion’s new album, Alpha, is called ‘Bob The Builder’. Meanwhile the in-yer-face acid squeals and ludicrous long builds of early Audion favourites like ‘Kisses’ and ‘Mouth To Mouth’ have been traded up for a fuller, richer sound, defined by Dear’s deployment of his new modular synth set-up. But thankfully some silliness remains – a track called ‘Suppa’ is followed by one called ‘Napkin’ – and the album subverts techno cliches by being warm and hospitable throughout.

Dear admires producers like Andy Stott and Recondite but admits he just hasn’t got it in him to make harsh, forbidding techno. “I try, but I can’t be that cold. It always ends up a little quirky with me. I’m more drawn to weird, rubber-bandy loops; wilder shit that falls apart and come back together, as opposed to very rigid, strict sequences. I still want my techno to be uplifting.”

‘Alpha’ is full of interesting hooks, samples and found sounds, but it’s best not to read too much significance into their provenance. Opening track ‘Dem’ is marked by a strangled vocal snippet that seems to be trying to say “angel”… or perhaps not. “I heard it as ‘anger’! I don’t think I know what the original word was, because the way I work, I just cut and cut and resample. I don’t even want to know, it’s not my place to tell you what it’s saying.” Where ‘Alpha’ does employ vocals they are distorted or submerged, employed solely for their percussive qualities. “I don’t need a narrative on a techno album,” he reasons.


Dear is wary of overcomplicating matters. Two years ago he tried to turn Audion into more of a live spectacle, embarking on an ambitious A/V tour called Subverticul, which found him playing from inside a glowing triangular matrix designed by the same people behind Amon Tobin’s ISAM. Ultimately though, he found the structure imprisoning, and he only played ten shows.

“I’m glad I tried to do a larger show but I realised it’s not necessarily for me,” he says. “I prefer getting up in front of people with my little modular rig. It’s more real. All you really need is one light and a good soundsystem.”

Dear’s unflappable, can-do attitude comes to the fore when he discovers he’s been booked to play one of Brighton’s less celebrated venues. Shooshh is the kind of place that’s spent all its budget on a gaudy VIP area, complete with waitresses in corsets. It’s not full, most of the local techno cognoscenti understandably choosing to steer clear of such a tacky venue. But even with a patchy crowd and a malfunctioning video wall, Dear attacks his set with the same energy as he did in Fabric the night before, jacking furiously to the beat and beaming proudly when he spots people getting off on the supple acid undulations of new tunes like ‘Traanc’.