European Space Agency (ESA) astronaut Luca Parmitano made history on Tuesday, August 13, when he became the first earthling to DJ in space.

At around 23.20 CET, Parmitano's performance began streaming live from the International Space Station (ISS) back to the Norwegian Pearl, a giant floating maritime fairground on which 2,500 ravers were already on board as part of the World Club Dome cruise edition.

This somewhat bizarre joint venture between ESA and World Club Dome was the brainchild of BigCityBeats founder Bernd Breiter, a man with a reputation for curating groundbreaking rave concepts.

Approximately 18 months ago, Breiter contacted ESA to inform the agency that he was planning to take a group of clubbers on a zero gravity flight in a bid to create the world's first zero gravity nightclub. He wanted to ask would they like to be involved in the plan.

"At first they hung up the phone," Breiter recalls. "Probably they thought I was a crazy guy. Before I called the second time I sent them an email. I said, 'Look, I know this sounds crazy, but we've already rebuilt a 747 and turned a A340 into a flying club.' After that the conversation started there."

"Normally we wouldn’t get involved with something like this," adds ESA's partnership chieftain Emmet Fletcher. "The agency is traditionally very conservative. We launch rockets and satellites and we don’t mess about. But the touch point of compatibility here was really high. And after a lot of umming and ahing, we went to the Director General to see if she minded us doing this - and she said go ahead."

After creating the world's first zero gravity nightclub with Robin Schulz, Breiter's next idea was to broadcast the first ever DJ set live from outer space. And this is why we're here tonight. Gracing the top deck of a 300-metre-long luxury cruise liner moored on the very edge of Ibiza's opulent Marina Botafoch, waiting for history to be made. 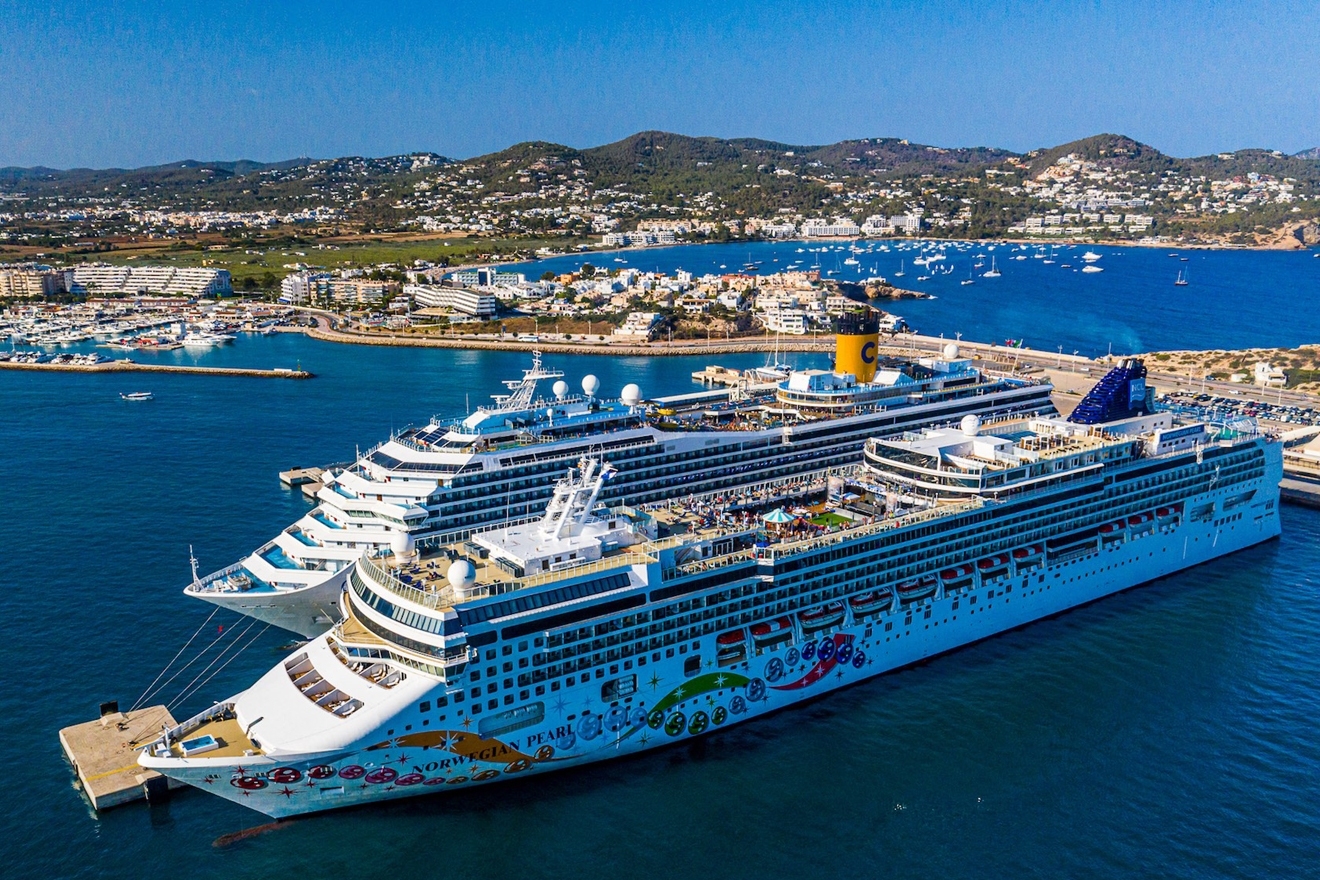 In the end, Parmitano only played for 15 minutes. In a way, the short set time felt like a bit of a letdown. But according to the space wizards at ESA this was the maximum amount of broadcast time available.

In an operational sense, ESA needed to retrieve sound and vision streams from the ISS in a synchronised bundle. Which isn’t easy. Typically these streams are broadcast on different channels. Moreover, for this gig, ESA needed to make sure the audio was of the highest quality possible.

In terms of tech, dispatching a Pioneer setup to the ISS was also out of the question. For his set, Parmitano is using an iPad loaded with a specially built version of DJApp. Before this could be installed on the selected ISS iPad, NASA had to check out the application, install it onto their iPads in Houston, before uploading it to the ISS for Parmitano to use. When it comes to living as a DJ in space, life is more complicated than simply browsing to your local app store and installing your chosen software.

Unfortunately Parmitano's track selection isn’t the best. He opts for a fast paced EDM onslaught lacking any kind of cosmic intrigue. Surely an intergalactic medley comprising otherworldly melodies from Will Saul or Oliver Koletzki would have been more suitable for an intergalactic audience? Nevertheless, that's not the purpose of this landmark venture. Tune snobbery pales to insignificance when weighed against the significance of a broadcast that will go down in history - forever. And yet for the next few hours we can't help taking nervous glimpses at the night sky lest there should be some kind of terrible intergalactic backlash against Earth by an affronted alien force. 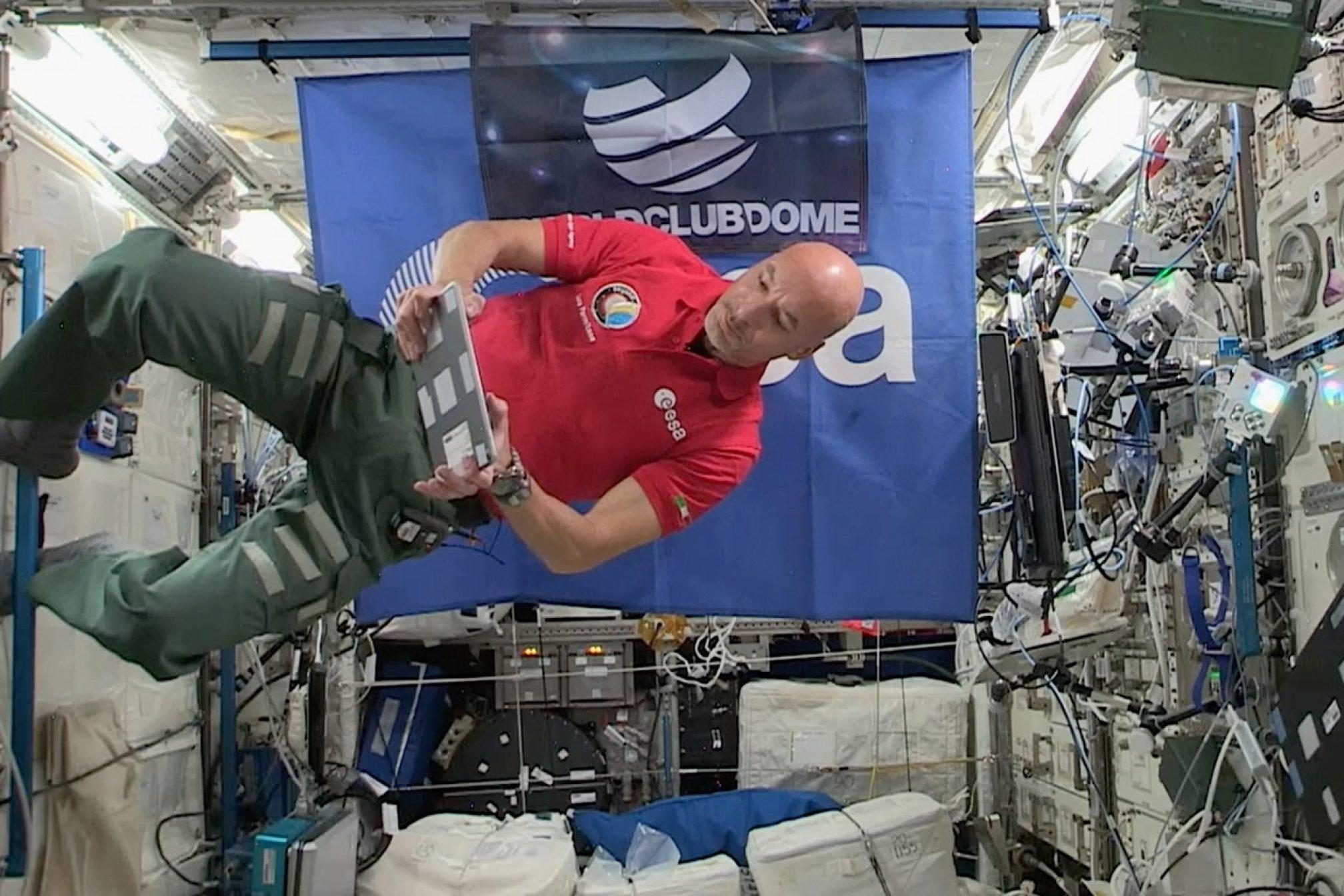 After the transmission chord from the ISS is cut, clublife aboard the Norwegian Pearl romps back into full-bore party mode. The crowd here are almost entirely German, the music output shifting in quick mash-up bursts from EDM to techno to machine gun hardstyle. It's a high energy mix that the young crowd can’t get enough of. And it's obviously very different to the traditional German dance music stereotype born out of Berlin and in particular underground clubs like Berghain.

"Germany has two very different dance scenes," explains World Club Dome headliner Le Shuuk, the selector tasked with teaching Parmitano how to mix. "There's the techno scene based in Berlin. And then we have the other side coming from the south west of the country in cities like Cologne, Munich and Stuttgart."

Beyond Cologne's Bootshaus and the Neuraum in Munich, Germany doesn’t have many nightclubs with a suitably large capacity capable of hosting international EDM artists. Consequently, the scene has developed organically. Young locals have become the superstars in their own particular territory and as such they've had the opportunity to put their own unique stamp on the sound. 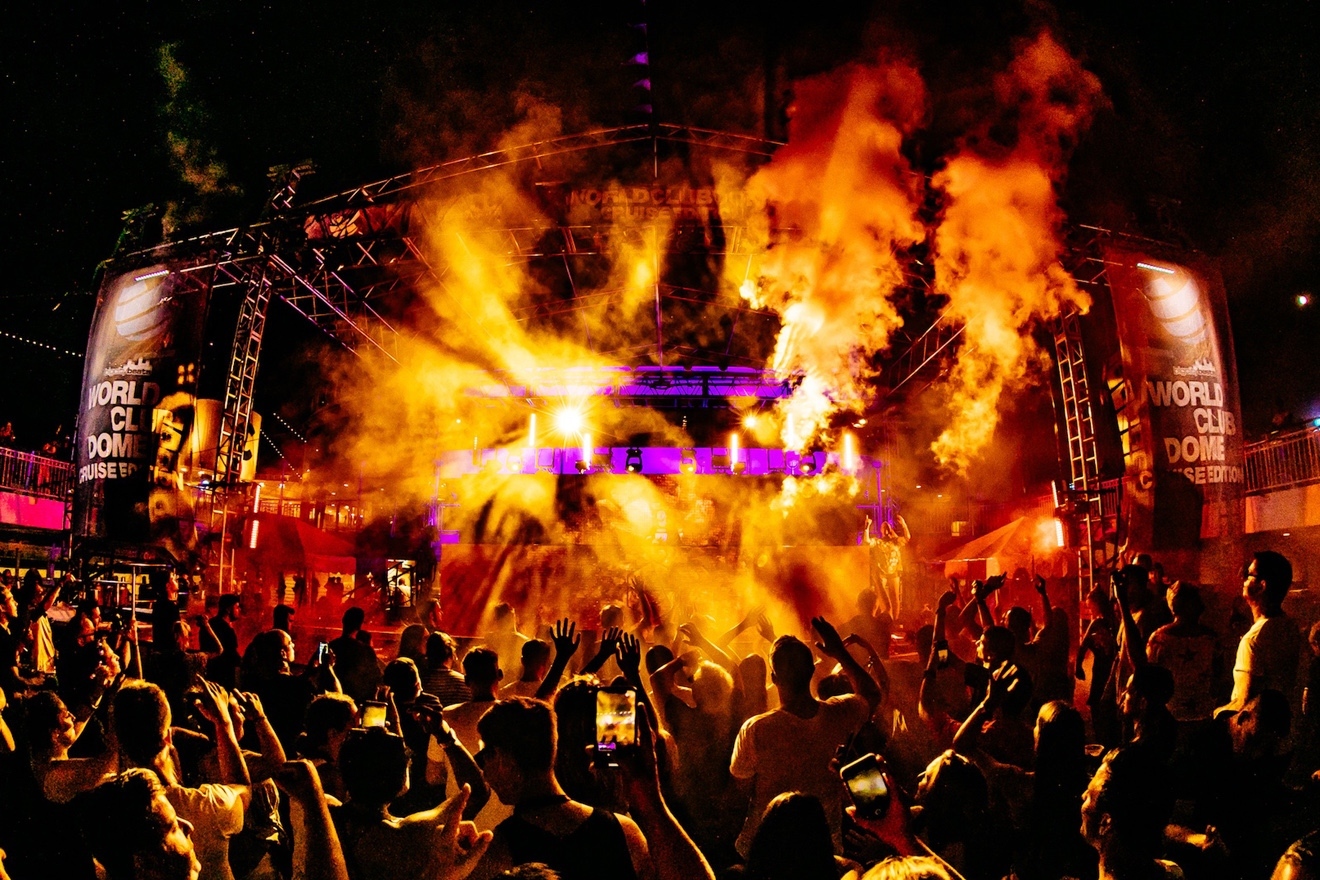 Ultimately, it's hard not to like the World Club Dome vibe. Beyond the headline-grabbing hype of tonight's unprecedented, gravity-defying presentation from outer space, which is well outside the norm of a traditional dance music event, the team behind the World Club Dome party brand clearly know how to coordinate the basics. Alongside the groundbreaking live broadcast from the ISS, they've also had to manage a festival-sized DJ line-up inside a 2,500-capacity nightclub which also happens to be floating in the ocean. These are complex factors to coordinate. But when you feel compelled to boldly go where no other promotions crew have gone before, fortune, it seems, tends to favour the brave.

Astronaut to become first ever person to DJ in outer space