The Return of the King

Ambient tones and chopped samples from classic horror films and television bulletins ease out of speaker stacks 20 feet high, permeating through the giant warehouse space that is Brooklyn’s Avant Gardner. Hoards of rugged revellers of all ages shuffle their feet through the packed crowd attempting to get into position. The anticipation is building for the enigmatic Aphex Twin to emerge, the first time he has done so in New York City in nearly two decades.

Outside late arrivals try to rush the congested queue as people without tickets look on miserably with dejected expressions, asking passersby for any spare ticket. “Please, just one spare ticket…” Tickets had sold out instantly four months prior and resale prices surged to over $240, it’s easy to see why. In the realm of electronic music, arguably no one has a rabid, cult-like following like Aphex Twin, also known as Richard D. James. Since the early 1990s this mad scientist has built up a reputation for producing material that defies classification and speaks to a generation of outsiders that go against the grain of society. He is their hero, their messiah, their god. 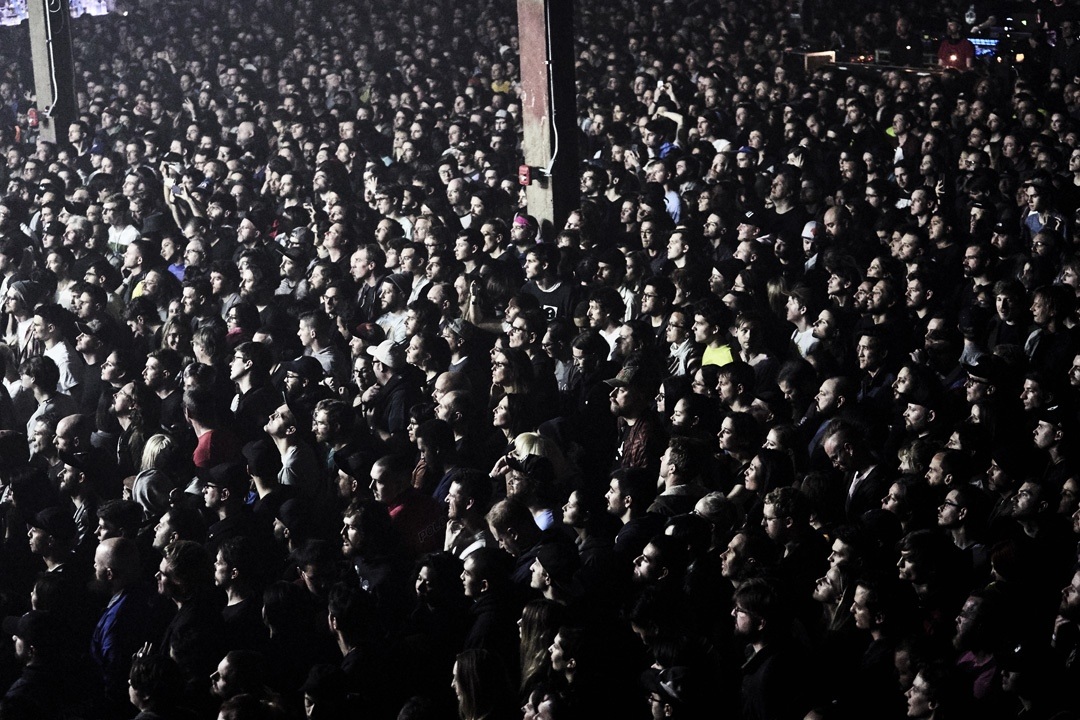 Leading up to the highly-anticipated performance Aphex Twin was embroiled in controversy stemming from a previous performance in Mexico, his first ever in that country. The Twittersphere was engulfed in the conversation around his performance that was met with, putting it lightly, mixed reviews. That said, the debate spiralled out of control and instead of focusing on his actual performance, the chatter shifted to focus on who deserves credit or compensation for the music he was playing. With underground artists later sharing their support for Aphex Twin, elated that he chose to play their music, the debate was seemingly put to rest. Plus, after the performance in NYC, fans were reaffirmed of his genius.

Deafening cheers roar as a tall Aphex Twin approaches the LED booth fixed in the centre of the stage, in front of three giant LED pillars, their tops disappearing into the ceiling behind four video screens overhead. He takes his laptop out and places it in front of him. Suddenly everyone is hushing their peers to get quiet and listen intently to their hero’s musical masterpiece begin. Sporadically a few people shout angrily at their fellow patrons, “Shut the fuck up!” This is undoubtedly a momentous occasion. 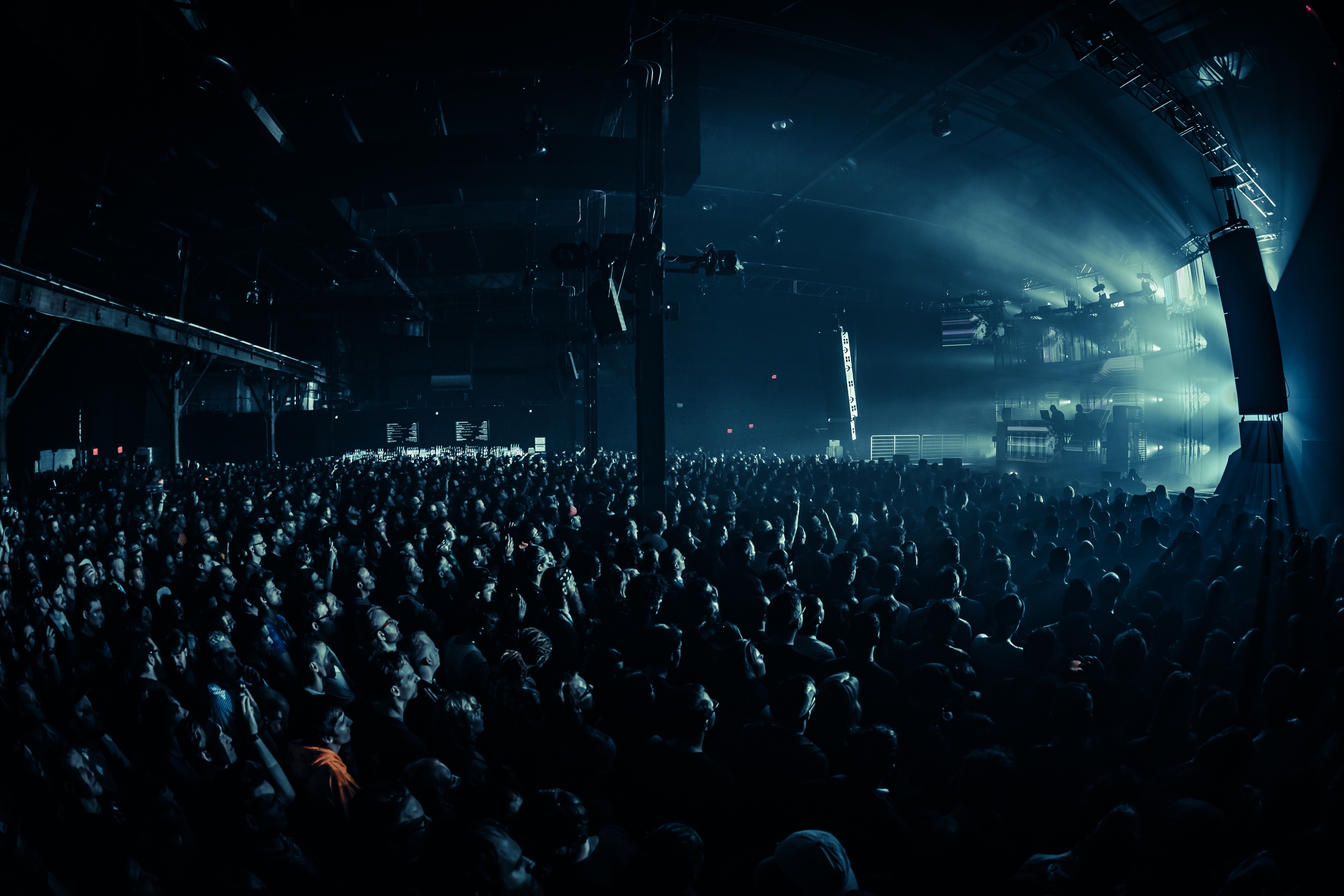 Warm and enveloping ambient tones fill the air while onlookers stand as still as statues, wide-eyed like moths to a flame. Soon the tones morph, twist and evolve into a bouncing melody before a thumping 4/4 beat lays the foundation of an emotive and yearning ballad that builds with euphoric ecstasy. He has wasted no time in showcasing the more dancefloor-friendly material in his arsenal, yet most of the crowd is still not willing to move, safe for a few jovial members bobbing about. In fact, most of the set was danceable material, whether it be techno, house, jungle, breakbeat, acid, drum ‘n’ bass or anything in between. Aphex Twin was even seen giving more movement along with his music. It just may be his fanbase that is unable to latch onto and groove with the rhythms that rattle off with ferocity. It’s easy to be caught in a daze during a performance such as this.

The set consisted of much of Aphex Twin’s own material, especially during the first half where most of it was unreleased, except for ‘harmonicum 13’, '180db_ [130]' and ‘abundance10edit’. He also fired off transitions in a way that leaves listeners grasping to catch up. He displays a unique style with mixing in a way that aims for more fusion through distortion, rather than a simple blend. Tracks are distorted with hyper intensity, leaving little of the original left to be recognised before transitioning into the next avant-garde arrangement. Yet nothing is forced or done so without care, instead It’s a delicate act of manipulation that is a marvel to witness. 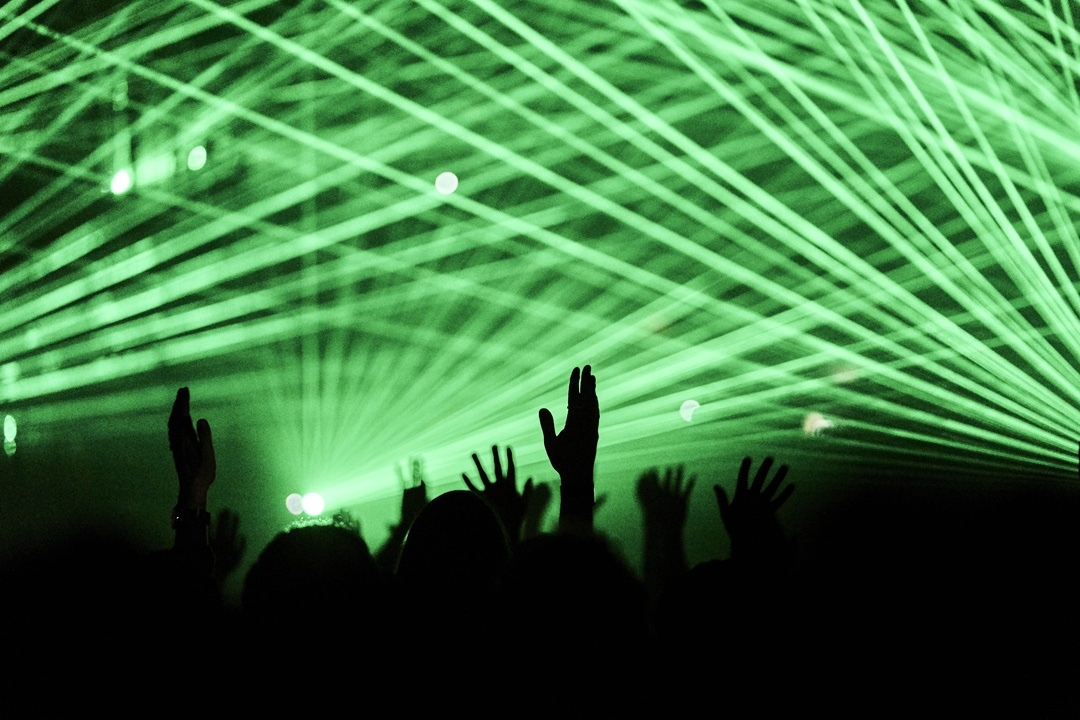 The giant stage production was put to good use as well as visuals focusing on the morphed and distorted faces of those in the front row where displayed. This has been something Aphex Twin has done in the past, but here there seemed to be more attention drawn to this specific visual, especially following the controversy earlier in the week. He chose to show us, his fans and followers, instead of focusing on himself or his symbol or his face (although plenty of Aphex Twin logos where still seen). The visuals also paid homage to the specific location, with images of Seinfeld, Friends, hip hop artists, sports team photos and everyone that has roots in NYC, all with the iconic Aphex Twin grin in place of their own. Images transitioned and contorted with strobe lights as fast as the assault of rhythm, a fitting pairing that left the crowd stunned and mesmerised.

The music continued to build throughout the performance until during the last 20-minutes when Aphex Twin embarked on his most vigorous sonic journey yet, as he focused on fast-paced percussion and rhythm. Bay B Kane’s classic ‘Hello Darkness’ led into the contemporary gem ‘Feel It’ by Pete Cannon and ‘A Lot Of Drugs’ by Venetian Snares. Similar to a DMT trip, all sense of reality seemed to fade away as we dove deeper into his world of sensory overload. And just when we thought we might be stuck there forever, it was over.

Walking out of Aphex Twin’s first show in NYC in nearly two decades we felt like a shot of adrenaline had been pumped through our veins. This wasn’t just a performance, a DJ set or a show. It was an experience. I suspect many others in the crowd that night are still coming down from the Aphex Twin-induced high. Hopefully it wont take another 20 years for us to get our next fix.

What is it like when Aphex Twin plays your music?
9 killer tracks from 9 Aphex Twin aliases
Watch: Inside The Mind Of Aphex Twin 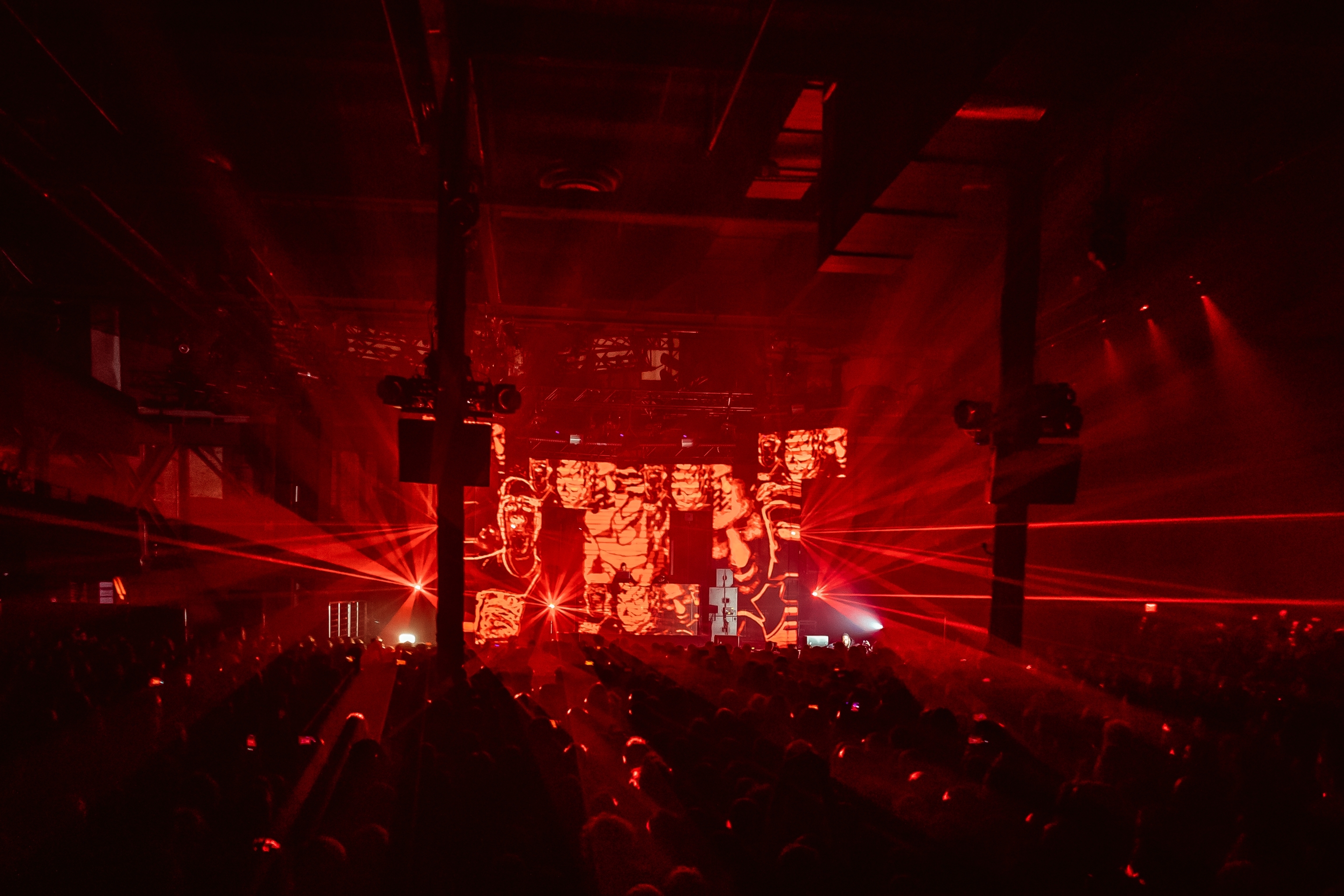 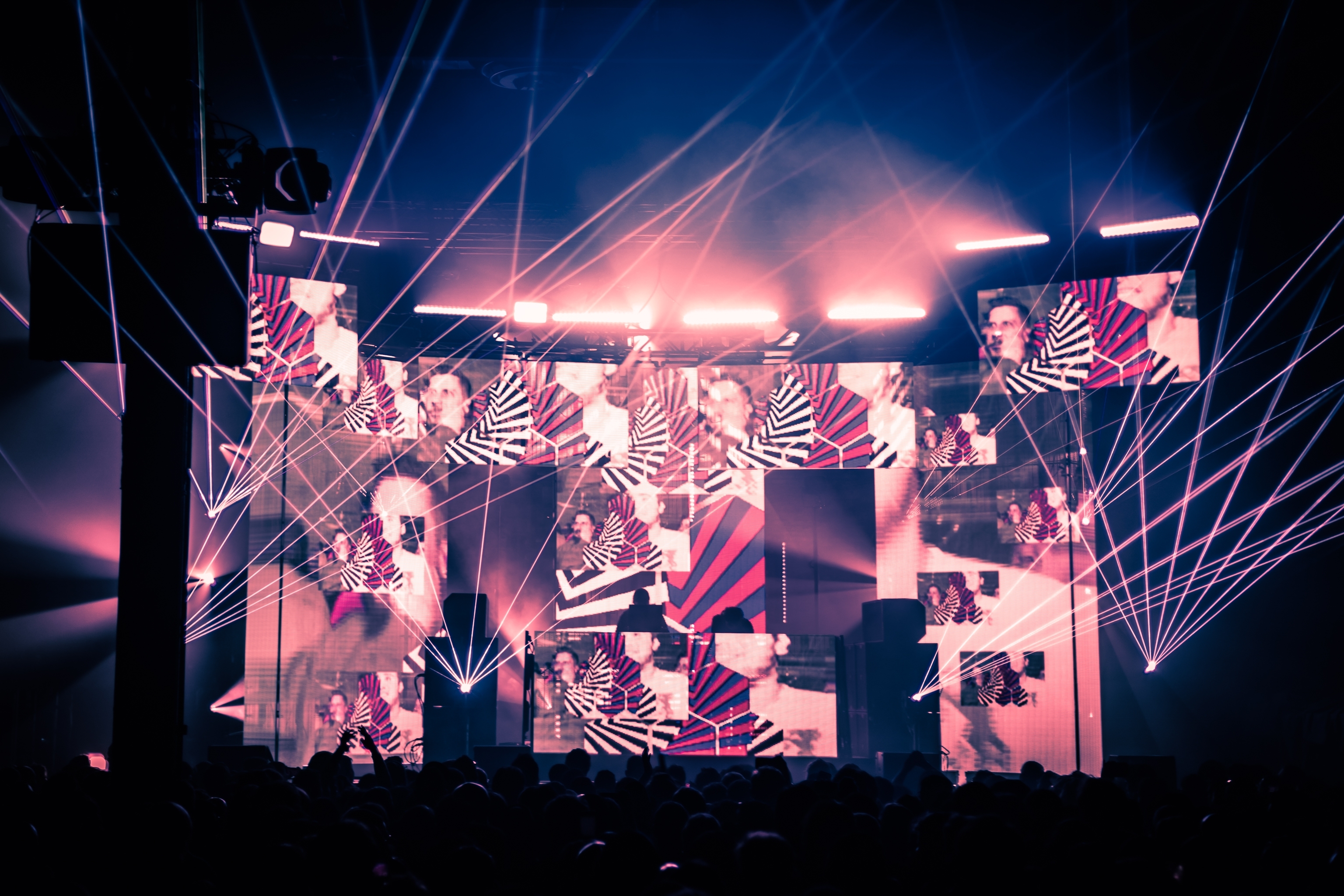 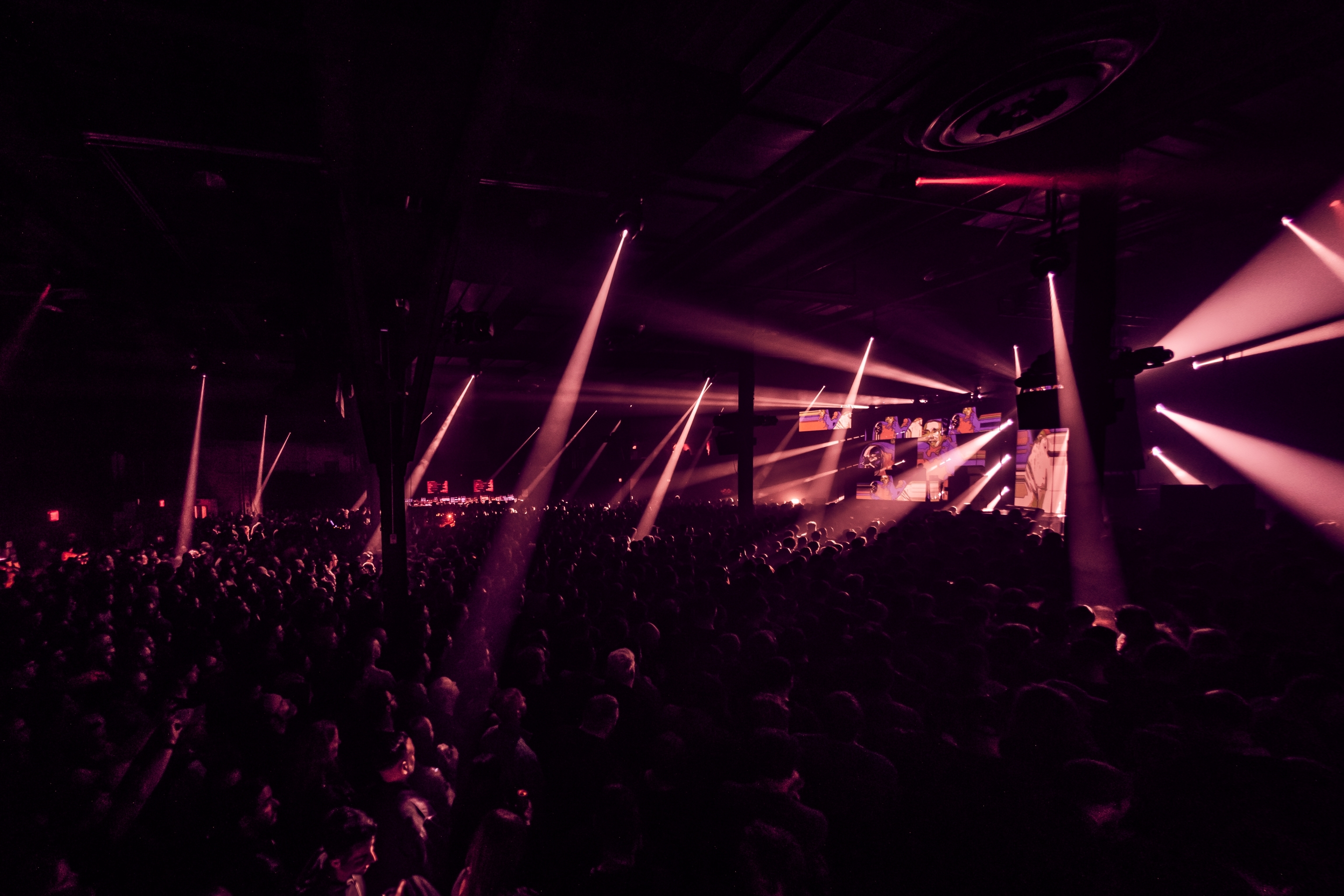 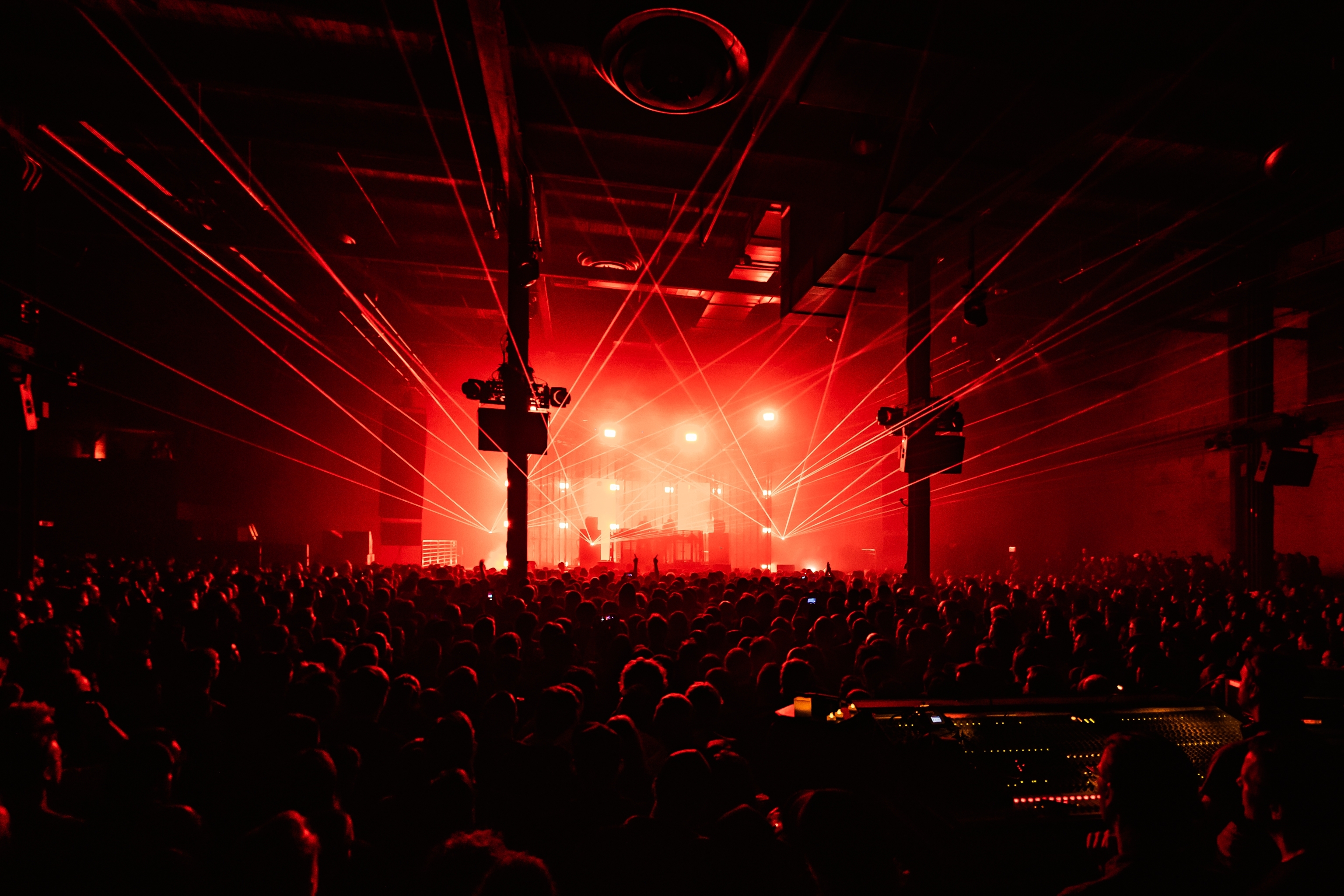 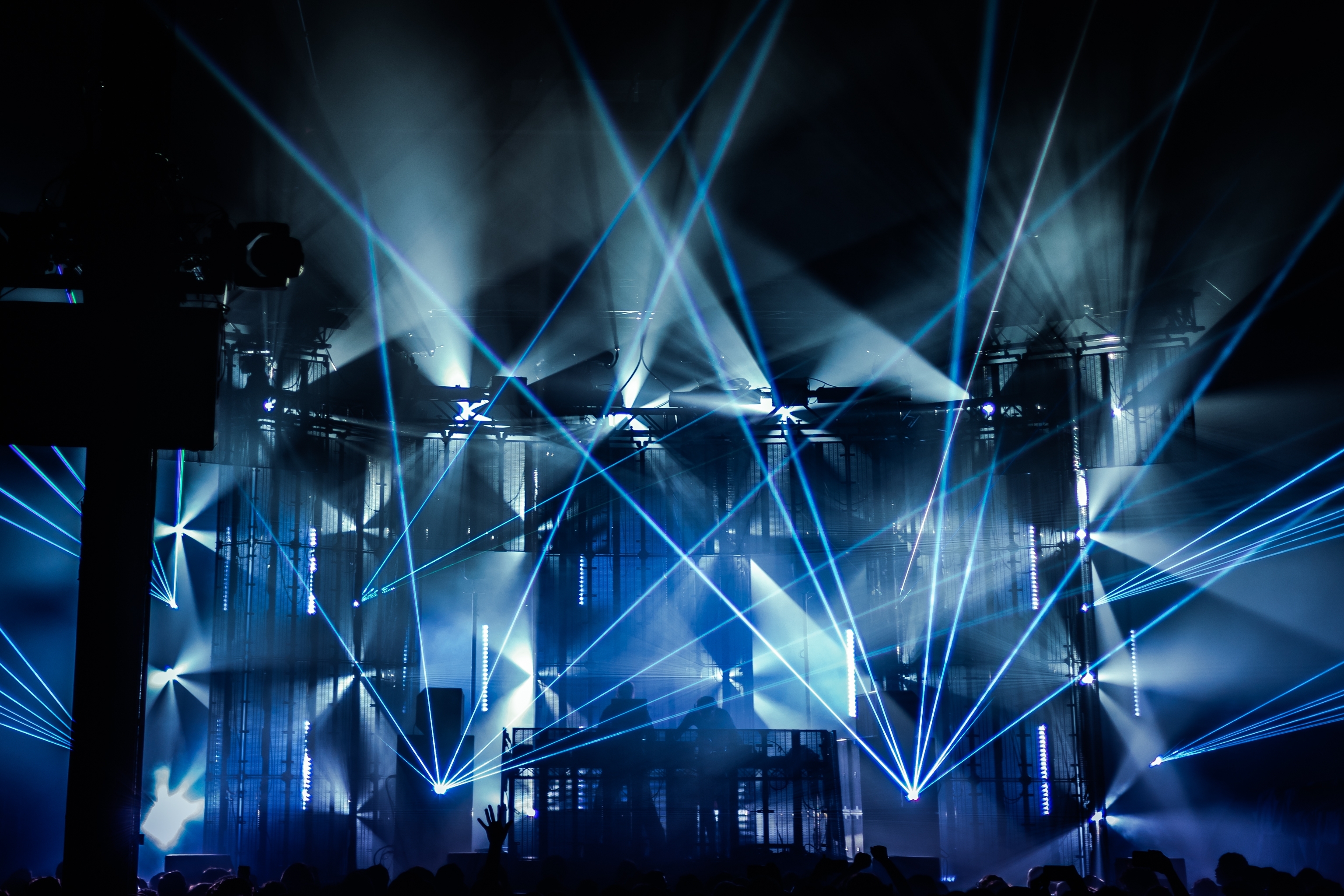