It’s around 2am and the main room at Hamburg’s PAL club is around half full of punters shuffling around vaguely to some moody drum ’n’ bass. It’s not a bad scene, but knowing how this club – one of the most dedicated underground spots Hamburg has to offer – can go off, it feels like the dancefloor could do with a gentle shove in a fresh direction. Enter Patrick Gäser, aka Berlin’s Answer Code Request, who around 3am steps casually up to the decks and, clearly giving zero fucks about any kind of sonic segue, bomb-drops Hodge’s singular ‘Don’t Hold Your Breath’, filling the room with a kaleidoscopic ambiance of futuristic synths, warm bass and an air of suspense.

That was just the throat-clearer. Gräser follows with Yotam Avni’s potent ‘Modern Matters’ and people begin streaming onto the floor, drawn to the track’s blend of cavernous beats and hypnotic Middle Eastern folk vocals. By the time he’s thrown in the sibilant hi-hats of Ryan James Ford’s muscular, stripped-down take on Anetha’s ‘Acid Train’ and the funky breaks of Vadim Soloviev’s ‘Blue Angel’, he has a full room of raving Hamburgers eating out of his hands.

That he is able to transform a lacklustre setting into something approaching a Berghain-esque frenzy is testament not only to Gräser’s decades-long experience as a DJ (and producer), but also to his position as an integral part of Berlin club Ostgut Ton’s label, a famously tight-knit community of DJs and producers that he officially joined in 2013. “The people at Berghain and Ostgut Ton really are like a family,” he says when we chat at the hotel before the PAL gig. “When I walk into the office I always feel good. They are always very receptive to what we do as artists and give us as much freedom as we want. It’s a very supportive community.” 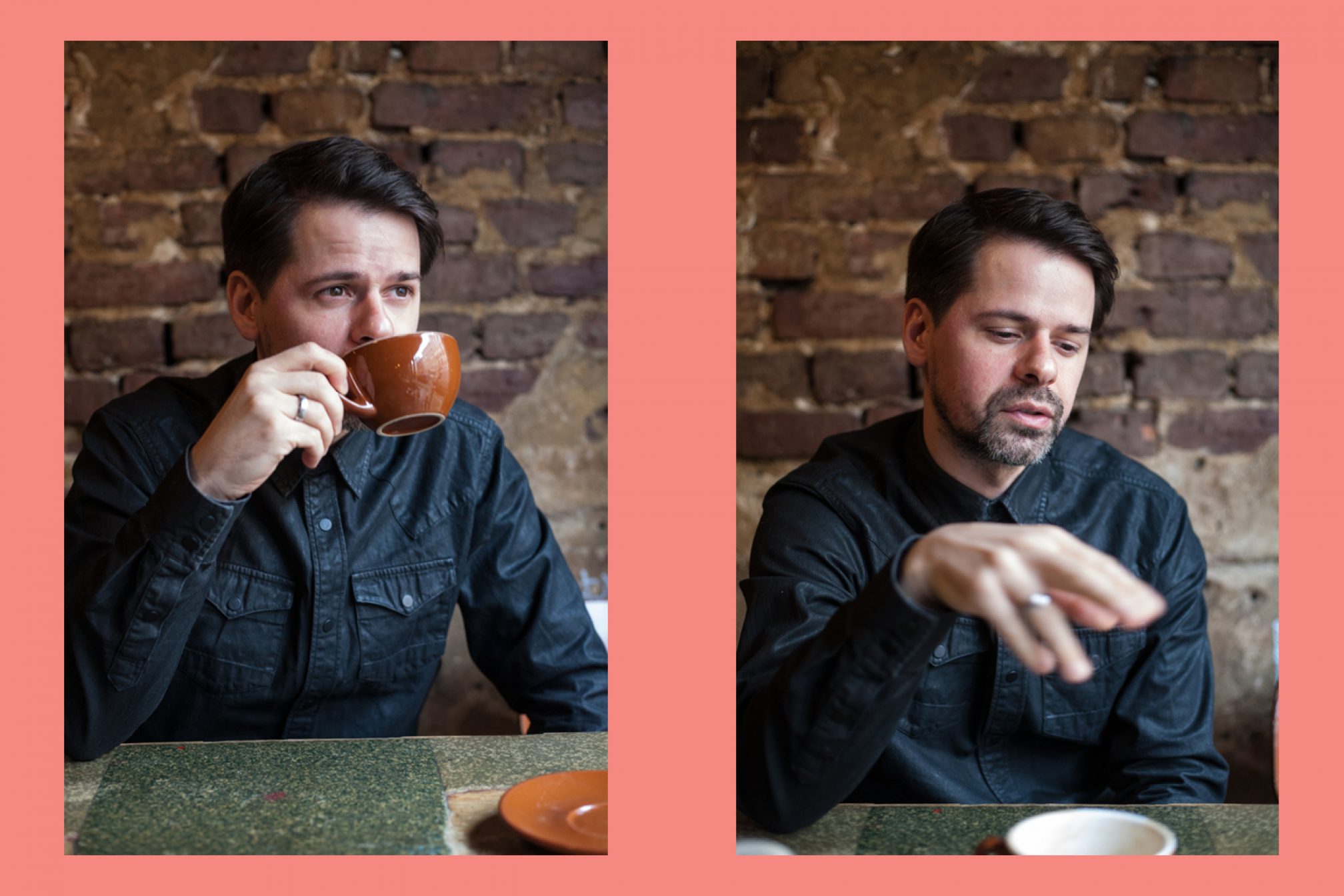 Gräser’s connections with Berghain stretch back further than his official joining. He hails from the same quiet East German town of Fürstenwalde – just a few minutes away from the spa area of Bad Saarow, a popular day trip for Berliners – as fellow dance music aficionados and Berghain residents Marcel Dettmann and Marcel Fengler.

“Our village was in the GDR but it’s a really pleasant place, a nice place for nature and swimming. I was eight when the wall came down, so I don’t remember much of it, but I do know I had a great childhood. My parents had a house with a garden, and we played outside. We didn’t have to do much, but we had what we needed. It was my brother who first introduced me to electronic music. We used to collect records together from shops like Hard Wax and Delirium. The shops used to send us a letter each week with all the released tracks, many of which are being played again now, like all the old acid tracks. Marcel (Dettmann) also sold records from his mother’s apartment back then, and we would all go to Berlin together to visit the clubs. We were usually a bit nervous as we were young back then, and not guaranteed to get in…”

Although the main Berlin clubs in the early 90s were techno-heavy temples like Tresor, WMF and E-Werk, Gräser had developed a soft spot for breakbeats via the UK club scene and groundbreaking early-90s albums like The Prodigy’s ‘Experience’ and Aphex Twin’s ‘Selected Ambient Works Vol 1’. Alongside his techno vinyl purchases he would routinely order some drum ’n’ bass, and in Berlin he also sought out alternative sounds in spots like Icon, Cellar Club and WMF. “I remember watching a reportage about the London scene labels like Moving Shadow and producers like LTJ Bukem, 4-Hero, DJ Hype,” he says. “It made me want to go to London – not just for the music but also the culture there. Amazingly, my very first live gig was at Fabric in 2013, which was like a dream come true for me.” 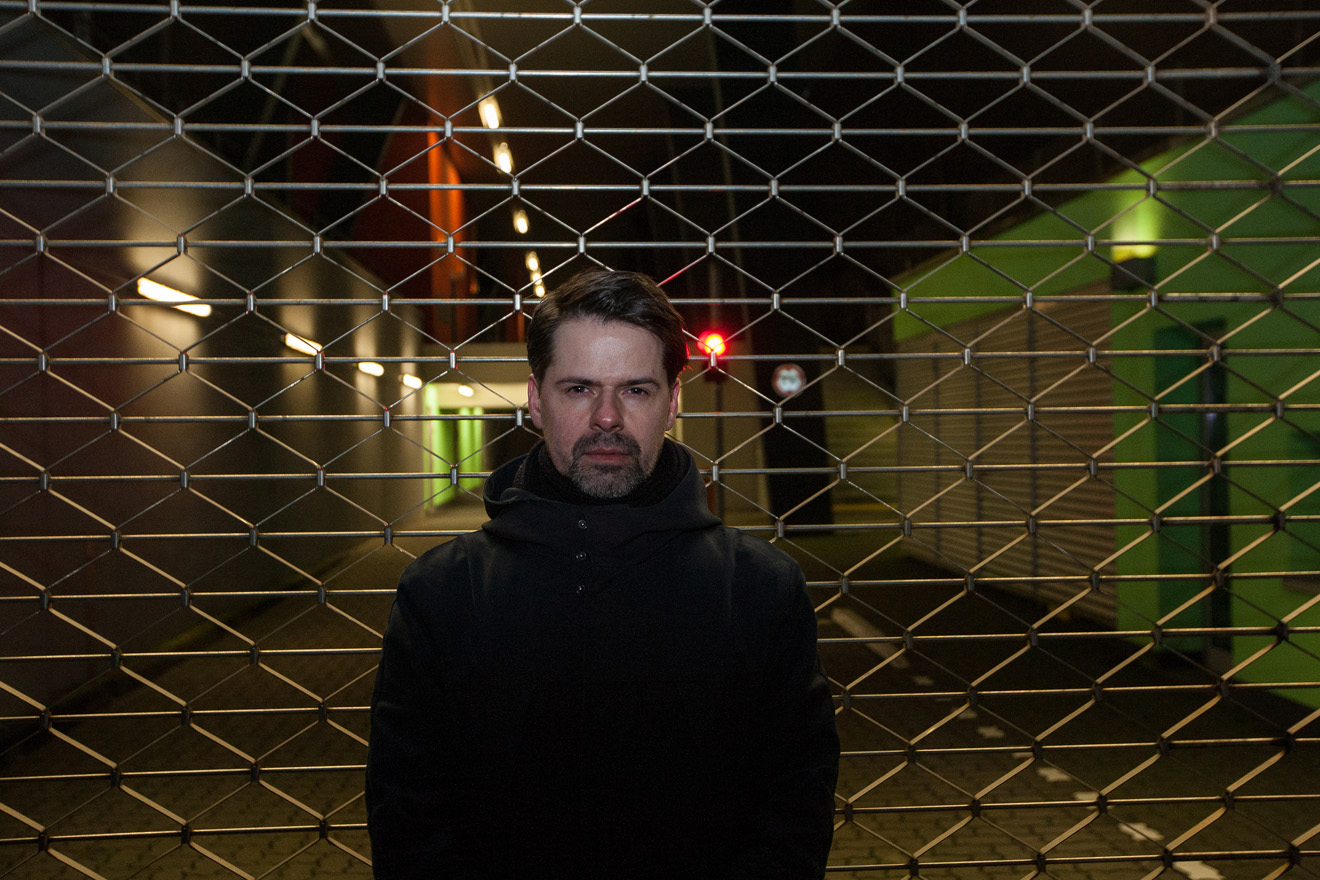 By 2001, at the age of 20, Patrick was ready to move permanently to Berlin to try make a go of music production. For several years he dabbled with straight up four-to-the-floor house and techno, releasing tunes on the Liebe-Detail label and his own Nightsingale imprint, achieving a modicum of success but never quite feeling satisfied with the music he was making. It was only with the decision to pursue his personal influences more fully, and the subsequent release of 2011’s ‘Subway Into’ EP – his first under the anonymous Answer Code Request moniker – that he really connected with the scene and found his muse.

Even for those that knew him, the EP may as well have come from another producer. Eschewing any kind of straight-up four-to-the-floor grooves, it instead presented a rich array of syncopated rhythms at varying tempos, underpinned by warm, mellifluous basslines and smothered in sweeping ambient textures and occasional crackles and glitches. Its lead track, ‘Escape Myself’, a Burial-meets-Aphex hybrid, was as far away from big-room Berghain techno as it was possible to get, and yet the EP flew off the shelves and engendered a real buzz around its creator.

It’s no exaggeration to say that the EP launched Gräser’s career. Since then he’s veered between making club bangers like 2012’s ‘Main Mode’ and rumbling bleep-fest ‘From Foreign Territories’ and ‘The 4th Verdict’, and exploring his own personal influences for albums like 2014’s ‘Code’ and his forthcoming follow-up, ‘Gens’.

“Despite the success of the EP, I was definitely still worried what people might think when we released ‘Code’,” admits Patrick. “In many ways it was even further away from the dancefloor, and certainly not what people associated with an Ostgut Ton album. But I really couldn’t do anything else except make what I was inspired to make. For me, that doesn’t mean looping straight rhythms, but starting with a melody or a piece of sound, or some bass, and seeing where to go from there. I mean, real good techno is also not easy to produce, but I am just not so interested in that challenge. It’s my music and I want to tell a story... I think albums should be a journey.”

‘Code’ was, in the end, as well-received as ‘Subway Into’. It continued to showcase Patrick’s love of sinuous bass, atmospheric textures and rhythmic diversity, borrowing from the aesthetics of big-room techno but twisting them together with snippets of the other music he loves so much, from skipping UK Garage beats to IDM’s abstracted armoury of swirls, bleeps and glitches.

“It has been interesting to observe what has happened since ‘Code’ was released,” he muses. “There doesn’t seem to that ‘one roof‘ anymore, not even for Berghain’s Klubnacht that consists of 36 hours of straight 4/4. Genres have become more fluid and open, hyper-specific musical niches and nuances. I think to some extent Code anticipated, reflected and internalized these signs of the times by amalgamating all the hybrid sounds and textures from electronic music. I think it challenged the expectations of what a techno album can sound like, and since then club music has significantly changed.” 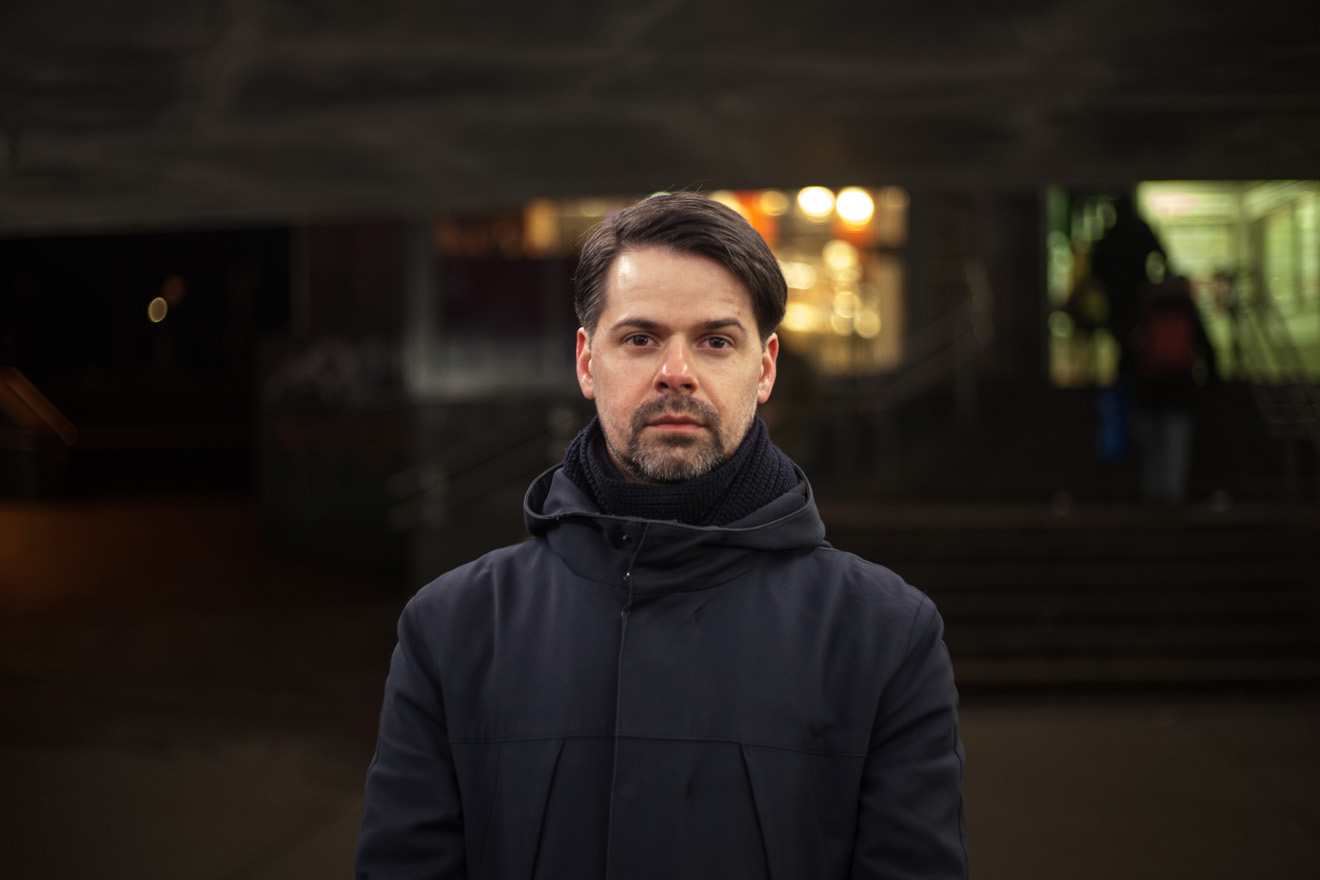 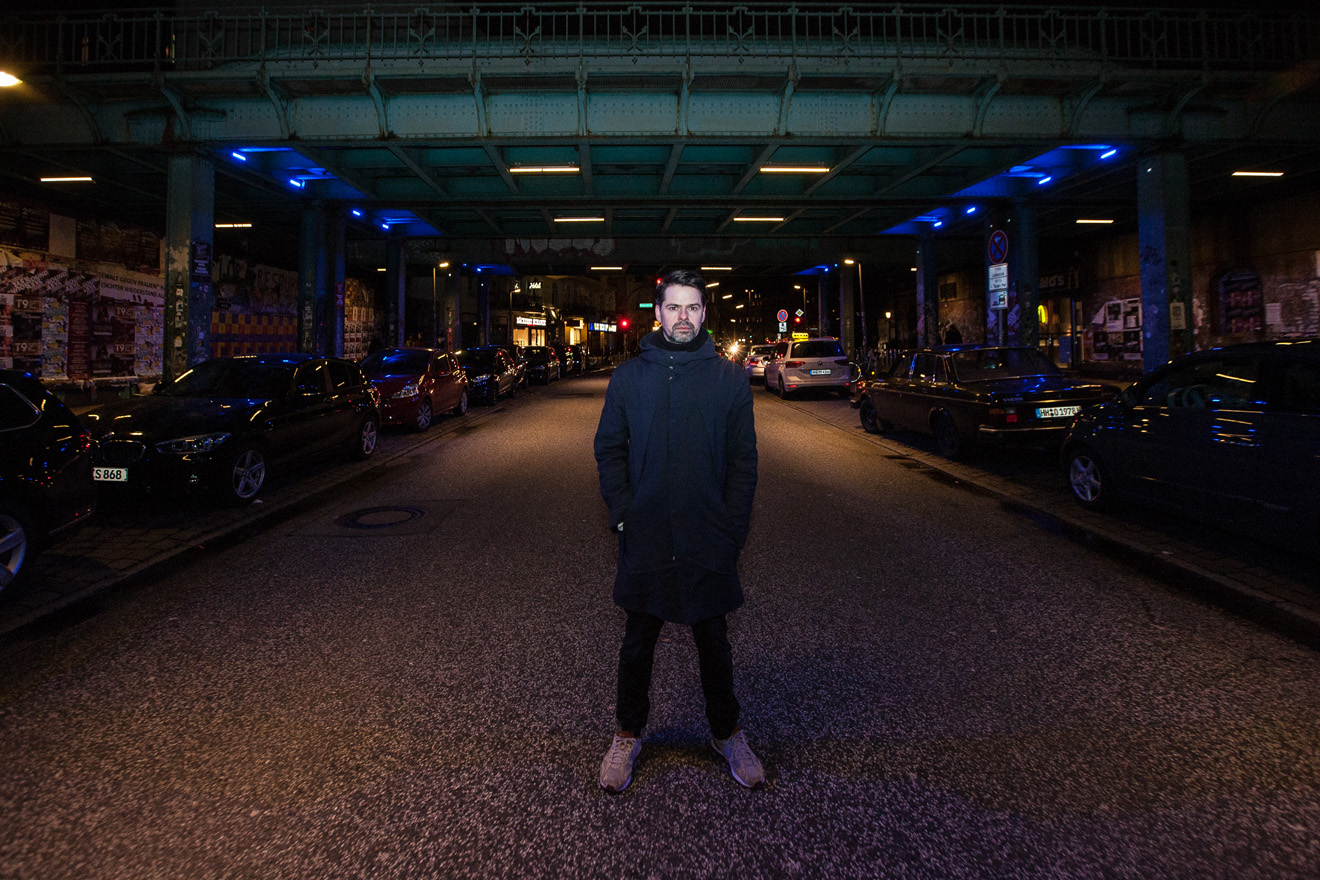 Hence Patrick’s forthcoming album ‘Gens’ sees no need to return to any kind of restrictive formulas, instead pushing ahead with his zest for sonic and rhythmic experimentation. If anything, the mood is bleaker, tougher and a bit faster (one track is 160 bpm, four are around 145 bpm, and one is 128 bpm), albeit occasionally balanced with uplifting ambient tracks and background field recordings.

“It’s taken a while to make a sequel for a few reasons,” says Patrick. “For one, I have been travelling and DJing a lot around the world since releasing ‘Code’. For another, I have also started a family. And for a third, I really thought about the direction of the record a lot. I put quite a lot of pressure on myself, worrying about whether it would be fresh enough and not just repeating myself. In the end I kept being drawn back to my older stuff and so I decided to follow that same direction, as it’s still what interests me.”

The name, Latin for ‘family’, hints not only at his new family, but the community of artists and producers he shares an affiliation with at Berghain, Ostgut Ton and beyond. Most of the track names are also in Latin, with the exception of the beefy ‘knbn2’ and the final, epic track ‘An Unattainable Distance’, which Patrick describes as both a closing gambit and “a blank space for what’s yet to come”. When listened to as a whole, the album sounds more like a film soundtrack than a club album.

“It’s darker than the last one, I know, but I can’t help it – I just love the sub-bass. And yes, I watched a lot of thrillers and horrors like Silent Hill, Window and Twin Peaks and composers like Hans Zimmer, because these atmospheres always inspire me. I am also interested in sound design. I don’t do that kind of work, but I do like finding new sounds to play with to make sure things are kept interesting and different. In the end, it’s still many of my favourite genres and sounds cut up and rearranged to try and create something new.”

The same can be said for his DJ sets like the one at PAL, which always lean towards a diverse blend of breaks, beats and bass, and of course his live shows, which he’ll be performing around the world, including several shows in Asia, as the album release gathers pace. “In general I prefer smaller, intimate clubs with a couple of hundred people rather than big festivals where you also only get an hour and a half to play,” he says. “I like to play longer sets and have a connection to the crowd where possible. But ultimately I’m happy to go wherever the music takes me.”