That direct line from the government to the people is something that’s since been replicated in Paris, Zurich and London. All three cities are looking to emulate the way Amsterdam does things, much to the delight of people who frequent clubs but are tired of them being closed down, dispirited by the way dance music is often treated as 'low' culture. There’s a clear attitude shift in Amsterdam and Mirik Milan not only protects the interests of the clubbers, he looks at how he can help to shift the way nightlife is viewed by the rest of the community, who previously may have shunned the idea of clubs that operate all-night-long.

“The biggest difference with London is that we have this culture of deliberation and all parties have an equal role and an equal say. The club manager, he has the way in with the Mayor and the city council and the Night Mayor,” says Milan Van Ooijen, the Marketing Communications Manager for Shelter.

“I think that this culture which is really floating right now, it’s very different to how it was maybe 10 years ago where it was a lot more stricter with controls and drugs laws. We’ve made a huge leap in making everything up for discussion.”

It feels like everyone involved in nightlife in Amsterdam takes a holistic approach to club culture. Local government is keen to make clubs a key part of the city and the people who run venues are dedicated to integrating them successfully into society.

A prime example of that is De School, which is regarded as one of the most important new spaces in the city and was opened by the same team that ran Trouw. It’s situated in an old technical school built at the end of the 60s and, over its first ADE week, realises its full potential. 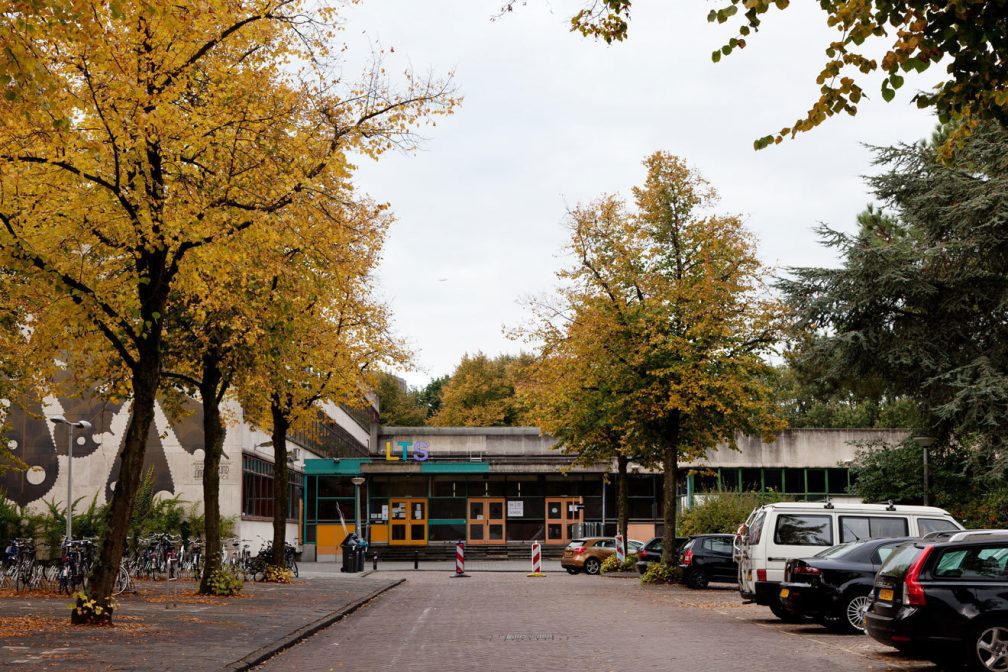 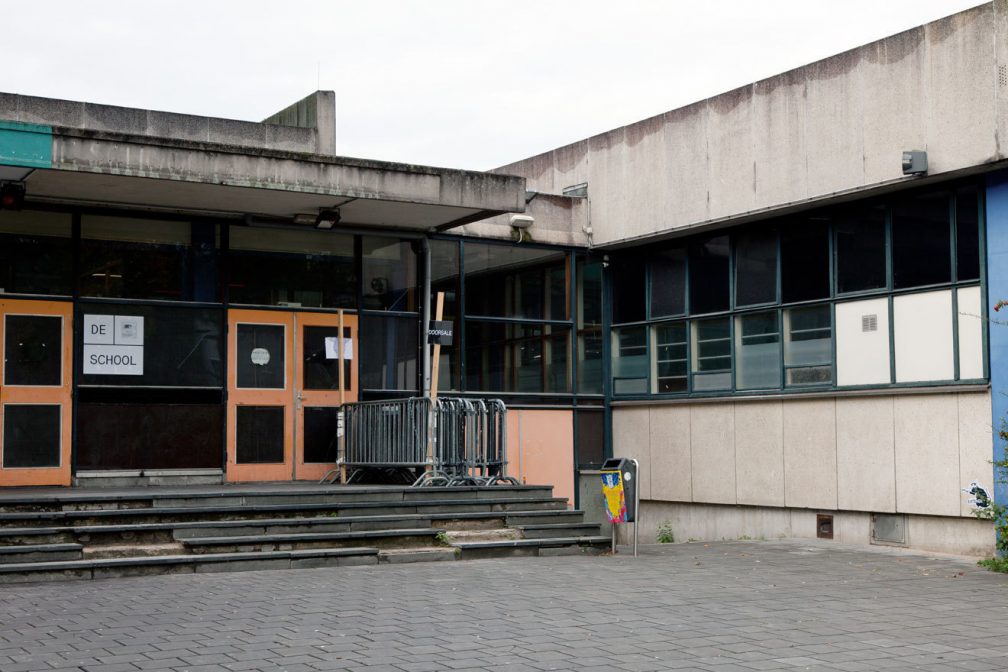 On Thursday, there’s a charity football tournament taking place in the gym with teams from Rush Hour, Numbers, Dekmantel, Resident Advisor and an All Stars squad that features Dixon and Volte-Face. A local record fair is pitched up outside and there are live DJs in the garden, while De School’s restaurant gets on with serving lunch. Parties on Wednesday, Thursday and Friday lead into a mammoth finale, which sees De School open its doors from Saturday all the way through to Monday for 36 hours of non-stop music from the underground.

“Of course there is a reputation that contributes, but with Trouw the point to why it started was a lot different. Now there is a lot more happening in Amsterdam and many more clubs. I think that the main difference with De School is that it has way more functions than Trouw,” says Luc Mastenbroek, the club’s programmer. 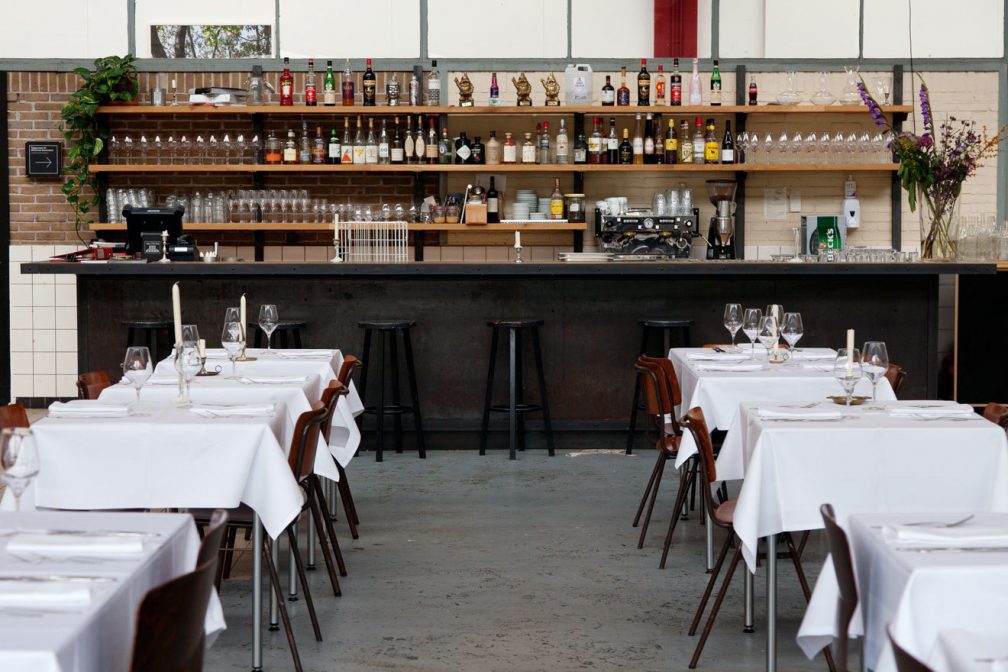 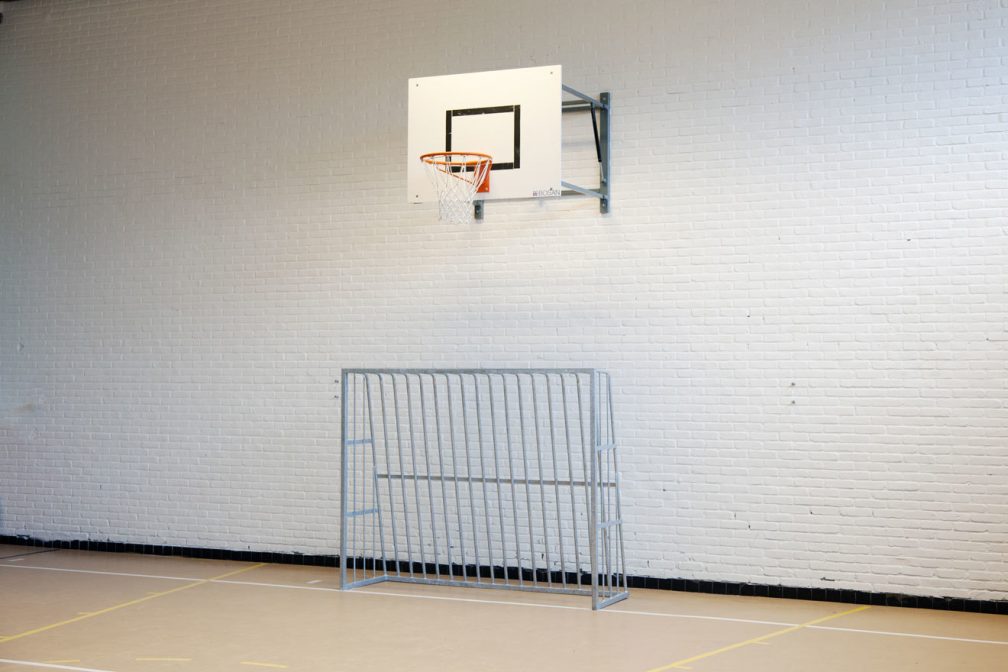 As you enter the building, it’s a sight to behold. Misty corridors transport you back to your school days, decorated in colourful shapes redolent of Mondrian, and there’s a beautiful garden outside with mystical, ambient music playing and then, of course, the club proper.

What used to be a bike garage is now a dark, atmospheric dungeon, one that’s scattered with hanging lights and dense walls of smoke. It’s a room to lose yourself in, one that lends itself to heads-down raving with an impeccable soundsystem and the best DJs in the world. It’s hard to describe and with no photos online of the space in full swing, that’s the feeling the team want to uphold. The only way to satisfy your need to discover there is to go back, again and again.

“We found this building and we’re stilling doing work on it. In the club room we’re adding new light and sound, so that’s exciting. I think we’ve had a great start and the restaurant has had some rave reviews. We’ve been nominated for an award that goes to the best new restaurant in the country so we’re happy,” says Ernst Mertens, De School’s Managing Director, who sounds particularly excited.

“There’s still a lot of ‘wow!’ factor when people come here, as if it wouldn’t be possible that all of this is happening at De School. Having a place that’s not only a club has become so important. We’re still developing but doing things in a place like this, I don’t think we’ll never be finished and we’ll always want to make it better,” Ernst adds.

It’s that sort of attitude and approach to the space that’s garnered it so much praise. It’s more than a club, it’s more than just somewhere people go to get weird and dance, it’s an award-winning centre that’s dedicated to giving something valuable back to the community. You’re just as likely to see a middle-aged couple there having lunch as you are a sweaty dancer who’s been partying to the sounds of Job Jobse for 14 hours.