The child of a pastor in Midwest America, Miah Benton was born in 1990, raised on a musical diet of Christian house and techno music. It was 17 years later in Istanbul that the artist, Adab, blossomed into existence - a gentle champion of heady, mystical, and psychedelic afrofuturism.

“I think my earliest memories of music were in 1995,” Adab remembers. “In Michigan, where we moved after Chicago, my dad started this little party for his church called Powerjam, and he used to play Christian house and techno.”

Adab’s voyage into the electronic underground didn’t begin until many years later after being serendipitously gifted a Numark controller by a friend. After that followed years of playful experimenting, and they became increasingly immersed with people who would go on to spearhead powerful changes to queer dance music in the midwest and beyond. Adab helped engineer the now defunkt Heaven Is In You queer party in Cleveland, collaborated with Cleveland’s In Training, and they are now an integral part of Eris Drew’s psychedelic-inspired Motherbeat rave, the latter a party which Adab views as “instrumental” for their development as an artist.

As a black and non-binary young person, Adab came up against formative experiences which shaped the artist they are today and manifests in their practice. While they tell their story, Adab’s refreshing humility is difficult to ignore, but the power in their intoxicating mixes shines through to anyone listening. Uplifting songs mirror the ways in which music has uplifted them; smooth and held-together transitions echo the way they used music as a tool to break down social and internal barriers; rare and personal selections are a reflection of their soul and heritage; and sacred overtones run parallel to Adab’s profound desire to create musical spaces in which people can have fun and feel accepted.

“DJing wasn’t just a party mechanism, it was also me figuring out a way to be among people. I used to get very anxious,” Adab explains. “Now it has helped me develop a narrative for my story about who I wanna uplift and bolster. It’s been a healing process for me.”

Adab’s life philosophy could scarcely be expressed in a genre outside of Afrofuturism, which lends itself to the study and exploration of the future, sci-fi, cultural aesthetics, science and technology for the African diaspora. These influences represent Adab’s artistic mission statement: to make the world just that little bit better.

“I tell people that the way the world is today and the way it’s going, probably the only things worthwhile is having people around you who also want to try and help the situation,” Adab says. “If you find people who want to help heal those same problems you should probably stick with them.”

They’ve collaborated with some of the most respected collectives and earned a reputation for themselves as a DJ to watch with bated breath.

Discover more in Adab’s exclusive Impact mix and Q&A below. 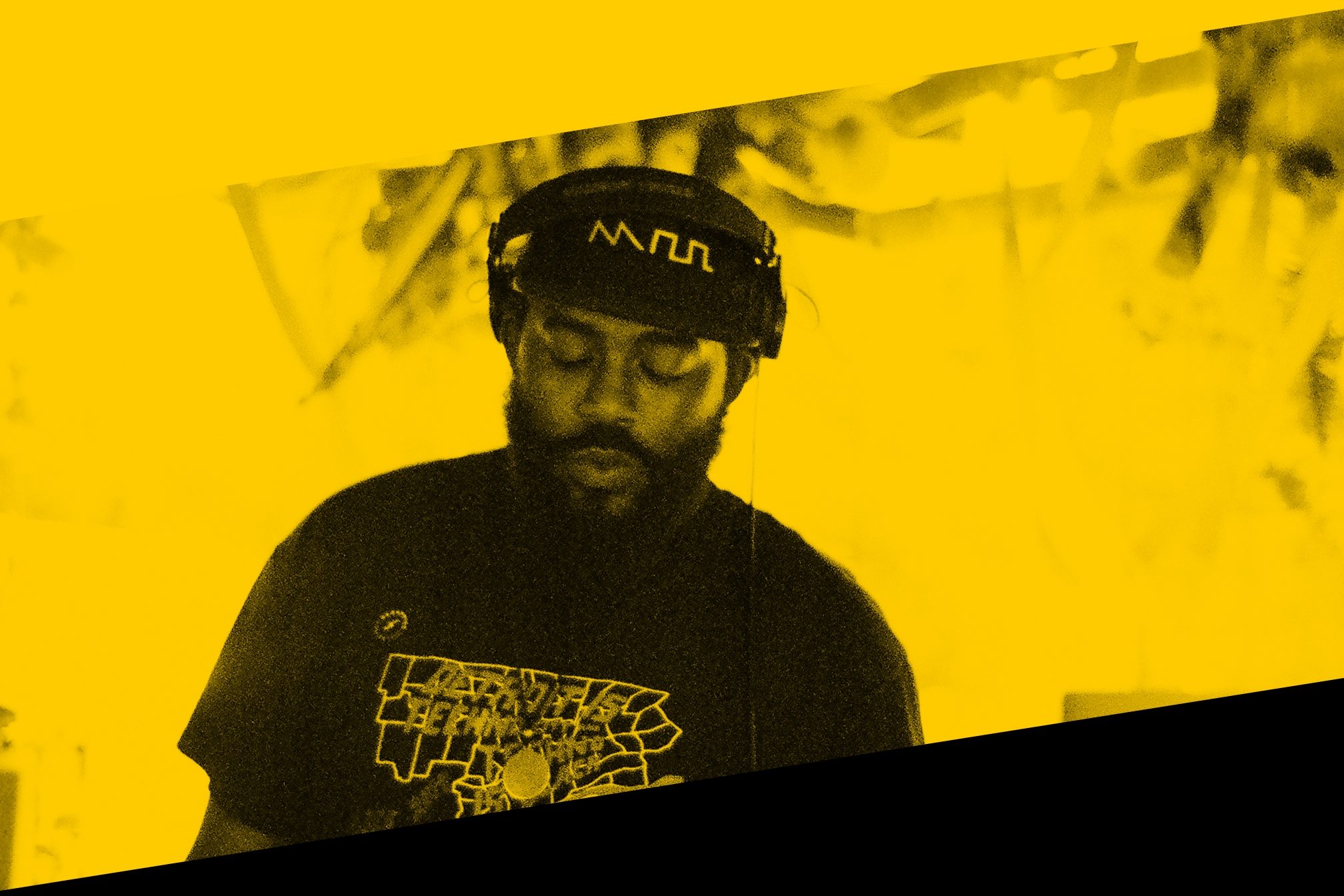 So you’re five years old and your first memories of music have already been formed. Were you active in music at school?

Not remotely, I didn’t start with any of that until I was 18 or 19. When you’re raised as a pastor’s kid a lot of music is restricted, so there was a lot of well-known music in multiple genres that I didn’t know about or couldn’t listen to. So instead I developed an array of the sounds within Christian music or music that was considered appropriate. For example I would listen to rap, but it was more Christian rap.

Do you still identify as Christian or did you adopt a more broad spiritual approach?

I definitely stepped outside of institutional religion. I still have a very mystic sense of things, but its not within any doctrine. Being a pastor’s kid dictates a lot of your life and if it’s not something you necessarily agree with, you gotta find a different way to function with it. I let go of [those restrictions] but maintained all the positive qualities of spirituality, so things like compassion, trying to be honest and have good ethics -the little things that we can take away from religion that allow us to universally help people.

Has it been difficult as a queer person to come from that background?

When you come from a religious household from age zero you don’t have a framework of queerness, especially if you’re talking about in the ‘90s. So if any of those questions were coming up at that age, there was no information for me to access that. You end up feeling like something’s up but you can’t quite put your finger on it because people don’t talk about it or discuss it as a state of being.

You mentioned that it took you many years to get into DJing. When exactly was Adab born?

I think it was in 2007 - the year before I graduated high school. I went to Turkey in July, it was right before their big election. I was reading Dune [by Frank Herbert] at the time, but it just so happened that one of my favourite parts of Dune was in one of the big glossaries at the back of the book. In one of the passages was this term [‘Adab’] that was used in this sci-fi novel that said “the demanding memory that comes upon you of itself”. So [picture] me as a kid exploring the world for the first time, seeing that entry and loving that concept. I hadn’t even gotten into mixing yet, that wasn’t gonna happen for like two years, but [Adab] stuck with me.

[While in Turkey], it was the first time I’d been outside of America and it was me going to a country where there were lots of other people of colour, which was an interesting way to first access another country, because it was a much more welcoming experience than you’d expect. It became a real developmental memory that still sticks with me today. Then later when it came to finding a moniker to use, ‘Adab’ was something that had stuck with me for a long time and for very personal reasons. 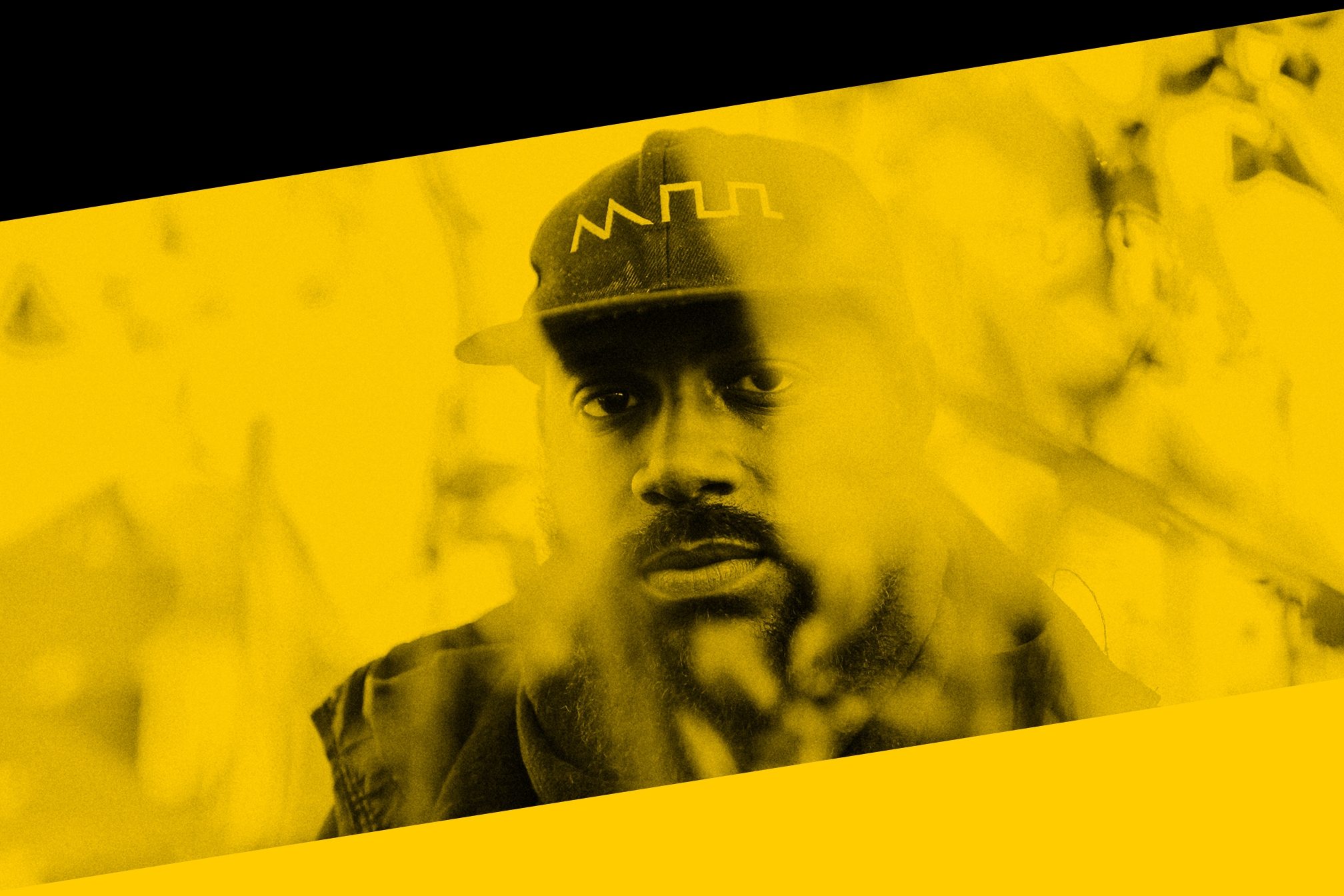 At the best of times Istanbul is very intense and quite incredible, so at that age I can imagine it was particularly overwhelming.

It was one of the first times I’d ever heard someone not understand the concept of not liking me because of the colour of my skin. You don’t ever think about having that conversation until you meet someone who’s like “what do you mean?” and you realise “oh you genuinely don’t get it,” unlike, for example, [the racial dynamics] in America.

You explore your heritage a lot in your practice and your music has been described as afrofuturism. Can you elaborate on what this involves?

Basically afrofuturism is a broad term in certain ways, but it’s essentially a science aesthetic and philosophical practice that explores our relation with our heritage and technology and the future. So it’s a lot of us looking at the pan-African diaspora and the future of technology and future progress, which is interesting to me. I find it to be really beautiful. When people talk about the future sometimes they forget about their lineage. I think of it as this future vision of seeing and theorising and playing with the idea of where your people and their ancestry will develop into the future.

Read this next: Intense and cathartic: How object blue's creative fixation ignites her groundbreaking music

I love the fact that there’s such a clear storytelling aspect to your music. How did you develop your mixing style?

I think there was a point in playing dance music when I was really getting into it in 2016 or 2017, and one of the things was that I felt that some of it I liked it but I didn’t feel really connected to it. It was here and there that I realised that some of [my music] resonated with me, but some of it didn’t and it was a reach to what I was doing.

You mentioned my Daisychain mix - that mix is extremely important because it’s where I found my centre and started playing things that felt indicative of my ancestry and who I wanted to uplift with my music, and what I wanted to feel in dance music. I’ve always been into the idea of science fiction and all those types of things and even further into the idea of it being applied to the lives of black people. So often we are not the protagonists or even seen in the future. So afrofuturism, when I understood what it was, accentuated something that I already loved and gave me a further context to feel connected to it, and gave me an interesting hope for a better future.

Read this next: The Daisychain Podcast is a positive celebration of dance music's diversity

Having just moved from Cleveland to Pittsburgh, do you have plans to throw parties in your new city?

I wanna try to bring dance music more heavily than it already is here into a community context. In Pittsburgh, it’s a very white place and a place where racism was declared a public health crisis. It shows in the demographics and how things are played out, so it’s a lot of me seeing that and wanting to provide a form of resistance against it by way of sonic endeavors. I’m still getting used to living here and I don’t want to bite off more than I can chew, but I’m also hyper aware of the need for further gatherings of a wider diaspora of people, especially people of colour.

How did you approach your Impact mix?

I wanted to revisit sounds that were similar to some of the sounds that I first came across when I first felt that I really connected to what I wanted to do with dance music, so a lot of twinkly mystic type stuff. [I just finished] a jungle mix that was at like 160-165 BPM, so it was nice to slow it down and, in a figurative way, go back to the beginning stages and play with a similar attitude to those sounds but now with a fuller understanding of what I wanted to do with it.

I also want to dedicate this mix to Alex T. His sudden death definitely made this hard to get through; he was a really important, beautiful human in the scene.