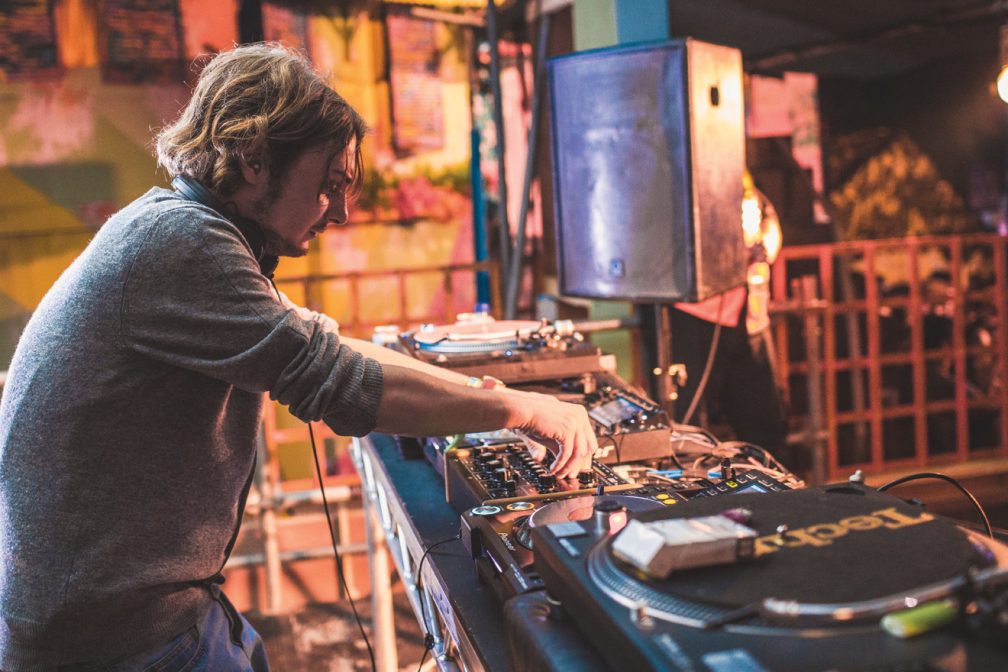 Earlier in the 2000s another Hawtin-associated product, the Allen & Heath Xone mixer, went head-to-head with Pioneer for the hearts and minds of the headphone-clad elite. The easy-to-use, all-analogue and great-sounding Cornish mixer was to usher in a new trend that would bear fruit years later in the analogue revival – and indeed in Richie’s own MODEL 1 mixer (see p.74). But that change would take some time to happen. In the 2010s digital DJing had gone even further as Traktor turfed out control Vinyl in favour of single deck controllers like the X1 –and big-room masters like Marco Carola, Loco Dice and Luciano were seduced by its ability to combine loops of tracks into endless on-the-fly remixes and saturate breakdowns with more effects than ever. Beatport had become the main arena in which producers battled to out-sell each other, and notch their way up DJ polls. DJs had long since dumped actual CDs for USBs with the arrival of the CDJ 2000, and Traktor’s vinyl loving followers flocked to Pioneer and its accompanying software, Rekordbox. The Digital DJ controller became the hottest bedroom DJ toy as consoles were mutated with sample pads and syncing threatened to finally kill off the art of beat-matching so painfully cultivated by the New York DJs of the 70s. For many, though, something just didn’t feel right. Endlessly scrolling for tracks in Serato, Traktor or on CDJs had scrambled the memories of DJs who now relied on playlists to tell them what to play. And the super-clean, synchronised world of the digital DJ became too sterile for many to stomach. Disco, house and techno purists like Ricardo Villalobos and Harvey were all along still playing vinyl and having to contend with older and older Technics in clubs that sometimes lay unused for weeks.

But the signs of a shift for a breakaway tribe of DJs back to the world of analogue were heralded by the steady resurgence of vinyl. Sales of records, which had reached an all-time low in the mid-2000s, now became another sign of the DJs’ rebellion against digitalism. Like the Xone mixer, the hands-on joy of mixing records and tweaking synths brought the world of tangible music and audiophile sound back into contention, with DJs like Motor City Drum Ensemble (pictured) leading the charge.

Represses of popular vinyl releases can now match or exceed the number of purchases it takes to make a track
No 1 on Beatport, and being No 1 on record buying sites like Juno or Decks.de is just as important a production publicity crutch. Rane celebrated this new trend with their MP2015 rotary mixer which brought the beauty of the Ureis and Bozaks
of the 70s and 80s back into the spotlight, and Technics reopened their doors for business. For some, the art of DJing had come full-circle, back to where it had begun in the 1970s: pulling out a record, and letting the music do the talking.