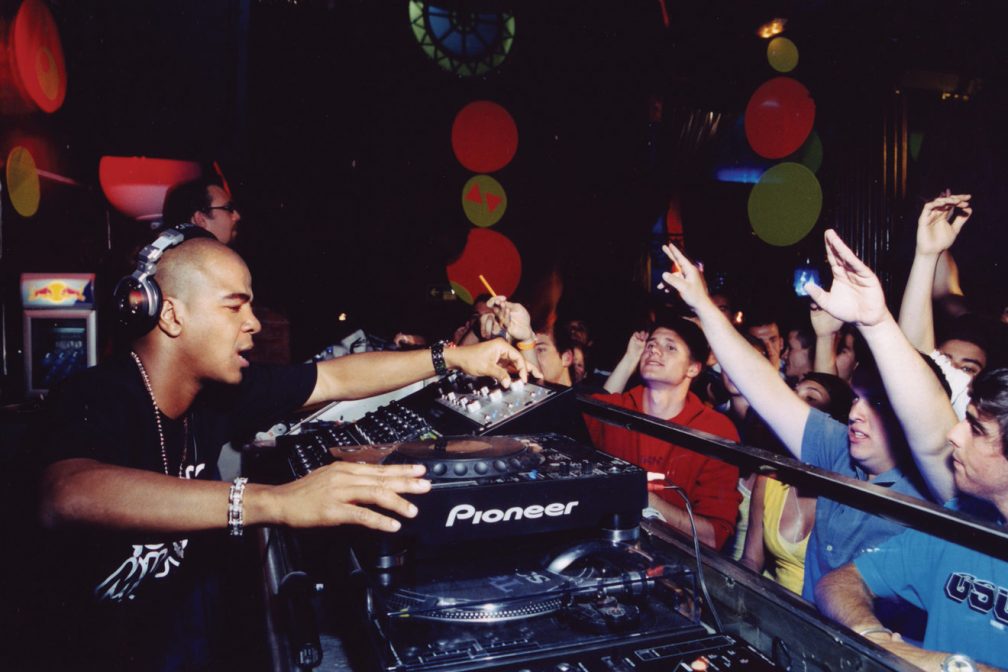 The direction of the DJ booth had already been changed once by Richie Hawtin in the 90s with his ‘Decks, FX and 909’ CD. In the mix (and later on his Mixmag Live CD) Hawtin used effects and the TR-909 drum machine to mutate a DJ mix into something new and different. It wasn’t an entirely original idea – DJs like Larry Levan had been experimenting with effects a lot earlier – but in the early 2000s Hawtin went a step further by helping give birth to Final Scratch (which later morphed into Traktor Scratch), a system of DJing that used control vinyls to play the music on your laptop via turntable. And so a nightmare – and an epiphany – were unleashed simultaneously. As each club system differed wildly, often leading to complications with its set-up, normal DJs became plagued by their laptop colleagues fumbling with wires and asking to play one more track as their laptops failed to sync with the vinyl code being emitted. Tour managers went from being rare commodities to standard fare for the biggest stars as DJs relied on their trusted sidekicks to figure out for the tenth time that weekend why the hell nothing was playing out of channel two. On other hand, when Traktor vinyl worked it revolutionised the DJ’s life, allowing them to bring their entire record collections on the road and add effects or loop all within this new, neatly synchronised world of digital DJing. Those who couldn’t handle the technical bother were being very capably seduced by the ever more powerful CDJs. DJs like Erick Morillo (pictured) or James Zabiela became masters of the loop and cue function, and Traktor wasn’t the only thing to polarise clubland.