Warm breezes, gold sand beaches, scantily clad bodies, and bass booming from every corner: that’s what it means to party every March during Winter Music Conference and Miami Music Week. It also means sitting for an hour and a half in dead-stop traffic to get across a two-mile bridge, $16 drink prices, totally baffling public transportation and no parking anywhere. It’s the greatest party week of your lifetime. It’s the worst hangover of the year. Whether the pros outweigh the cons depends on you.

The week-long series of events draws tens of thousands of visitors to the sub-tropic city every year. All the fun goes down in about a 30 square-kilometre area, and starting as early as the weekend before Ultra Music Festival every club, hotel, bar, pool, park and open space is turned into a thumping, makeshift den of amusement. Nowhere is safe: even the Downtown Checkers burger joint can end up with a professional DJ set-up in the parking lot by the drive-thru.

This year, Miami Music Week is scheduled for Tuesday March 15 to Sunday March 20. The Winter Music Conference dates are set for Monday March 21 to Thursday March 24. 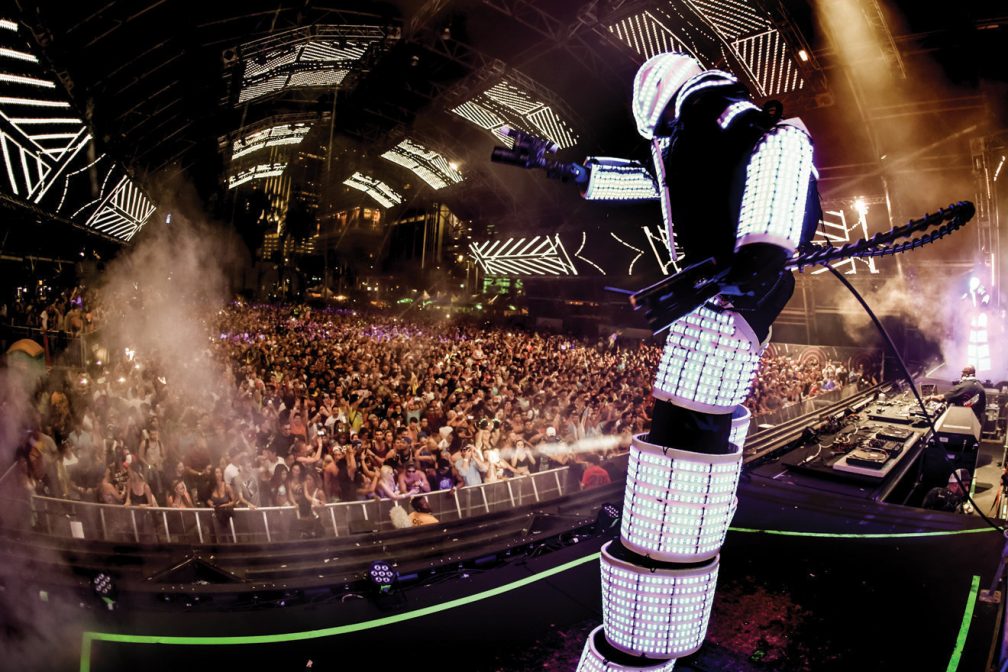 The Winter Music Conference is a trade show gathering for dance music, a chance for product developers, A&R reps, DJs and producers to come together, exchange information, test new gadgets, swap demos and party – a lot. It celebrated 30 years in 2015 and is the impetus behind the annual celebration. WMC has always inspired a growing horde of satellite parties and label showcases in surrounding venues, and ‘WMC’ became a catch-all term for the week of fun official and otherwise.

In 1999 Ultra Festival took advantage of WMC crowds, capping the weekend with a one-day beach-side celebration. Today, Ultra takes over downtown Miami and draws upwards of 100,000 a day for three days.

The two events lived in relative harmony until 2011 when they announced conflicting dates a week apart. WMC’s first week was relatively quiet as promoters clustered their city-wide events the following week when Ultra was in town. Ultra branded their week ‘Miami Music Week’ and in so doing stole the show. The MMW brand has grown stronger in following years, but this year, they’re split again. Ultra is scheduled first, and it seems promoters are betting on MMW, so plan accordingly.