It's hard to ignore the myriad different shapes that pills are pressed into.

Manufacturers come up with new designs all the time in order to stay one step ahead of the competition and to make sure their product isn't easily faked. Some presses could be interpreted as canny social commentary – like the UPS pills that pay homage to the courier that delivers countless orders from the dark web – while others borrow from popular brands of the day, including music festivals. Thanks to blogs like MDMA Team, eye-catching presses also act as a kind of marketing.

It's clear that pill presses reflect what's going on in pop culture, so we took a look at some of the designs that have been in and out of circulation over the past 10 years. 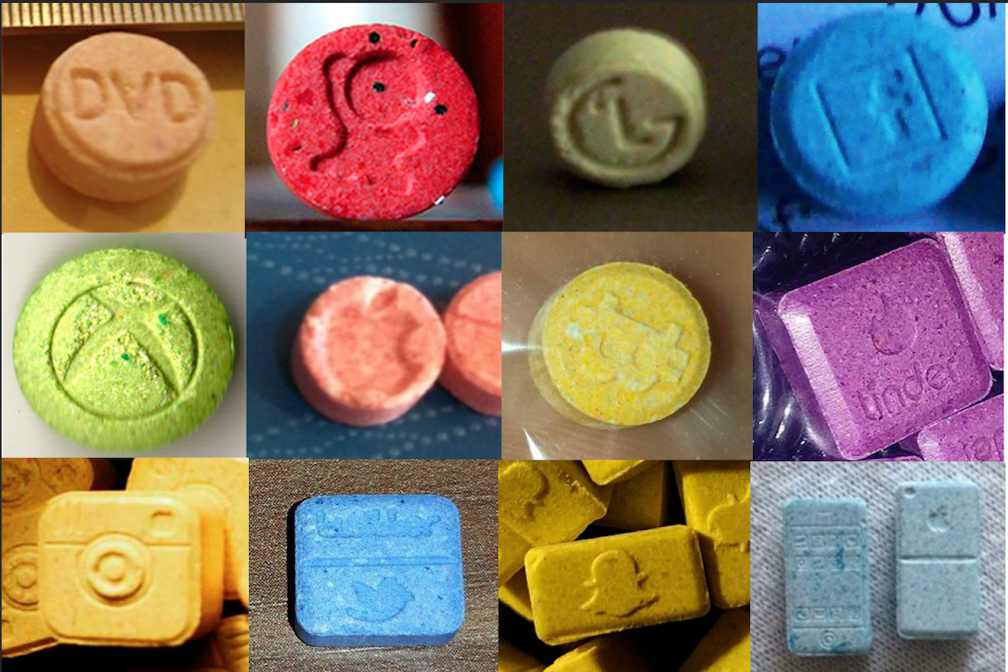 2006: The DVD Logo Though DVDs were invented back in 1995, the digital video disc returned to the topic of conversation in 2006 with the introduction of Blu-ray, a high-definition disc that was expected to eventually supersede DVDs.

2007: The AOL Buddy Long before Facebook messenger and even iMessage, AOL’s AIM was the most popular instant messenger app of its time. If you close your eyes and imagine, you can almost hear the familiar AIM ping of a new message...

2008: LG LG was one of the most popular mobile phone manufacturers of 2008. Before the age of the smartphone - and specifically, the iPhone - most teens in the US had LG phones like the Voyager and Sidekick.

2009: Facebook Although first created in 2004 as an exclusive, university-only network, Facebook revamped its interface in 2008 to focus on a newsfeed rather than user profiles which resulted in its biggest boom by far with a 178.38 per cent monthly user increase that year. By 2009, everyone had heard of Facebook.

2011: Xbox In 2011, the Xbox gaming console saw one of its biggest product launches with the newly introduced Xbox 360 S. The new version of the console caused a frenzy in the retail gaming world and remains the brand's most popular item.

2012: Apple Over the span of 2011 to 2013, the next generation began to turn its interest to MacBooks and iPhones. Apple quickly became the brand to own and a symbol of luxury and user-friendly technology that sat top of the line, where it has basically remained ever since. Similarly, starting in 2012, the Apple logo became more and more prevalent on the drug market as well.

2013: Bitcoin Bitcoin was introduced in 2008 as an untraceable, paperless form of currency. Late 2012 to 2013 saw the first mainstream websites accepting Bitcoin, causing a huge rise in its popularity and widespread public knowledge.

2015 to 2016: The past two years have seen a massive increase in the use of social media logos as pill presses. Not surprising, as it could be argued that social media is today’s youth culture. Platforms like Twitter, Instagram, Facebook, Snapchat and even Tinder are among the most popular in circulation.

One of the most popular pill presses currently is the Apple iPhone, which sees pills shaped like rectangular iPhones complete with apps and a home button. The iPhone stands at the top as the most marketed smartphone for young adults in the US and UK. 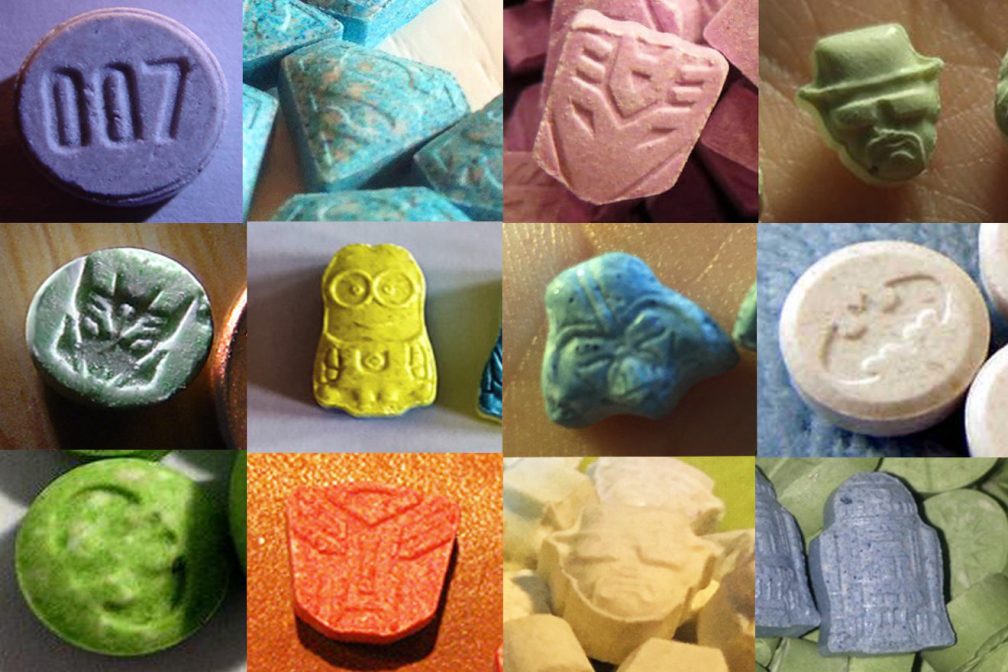 
James Bond The 007 logo made its rounds with the 2006 release of Casino Royale, which also marked the official relaunch of the film's franchise, featuring Daniel Craig's debut as the new James Bond.


Superman 2006's release of Superman Returns sparked the resurgence of the popular superhero's logo on pills. The film starred Brendan Routh and was the first Superman movie since Christopher Reeves played the celebrated comic book hero in 1987.


Transformers Autobot and Decepticon symbols started popping up all over the UK and US around the 2007 release of Michael Bay's first Transformers movie.

Batman The Batman logo became widespread with the 2008 release of The Dark Knight. Although the Nolan Batman franchise kicked off in 2005 with Batman Begins, The Dark Knight was the trilogy's biggest hit, earning over $1 billion at the box office as 2008's highest grossing film.


Breaking Bad The introduction of 'Heisenbergs' (pills shaped in the form of the main character's head) entered the US market following the insane popularity of Breaking Bad. The show started in 2008 but gained momentum in 2013 when the series was added to Netflix. Most viewers binge-watched the show that year and made its series finale one of the most-watched programs of the year when 10.3 million viewers tuned in.

Transformers Logos from Transformers returned into the cycle for the 2014 release of 'Age Of Extinction'. Considered a soft-relaunch, the film was seen as separate from the original trilogy. It was also the first movie of the Michael Bay franchise to feature a new female lead, Rosie Huntington-Whiteley.

Minions The unmistakable little yellow characters of the Despicable Me movies finally received their own feature film in 2015, fuelling the bizarre and aggressive national obsession. Minions were by far one of, if not the most, common character in the pill game this year.

Star Wars Arguably the most hyped franchise relaunch of the decade, Star Wars: The Force Awakens was easily the most popular film of 2016. Hitting theatres in December 2015, by the start of the new year Darth Vaders and R2D2s popped up everywhere in the form of pressed MDMA.